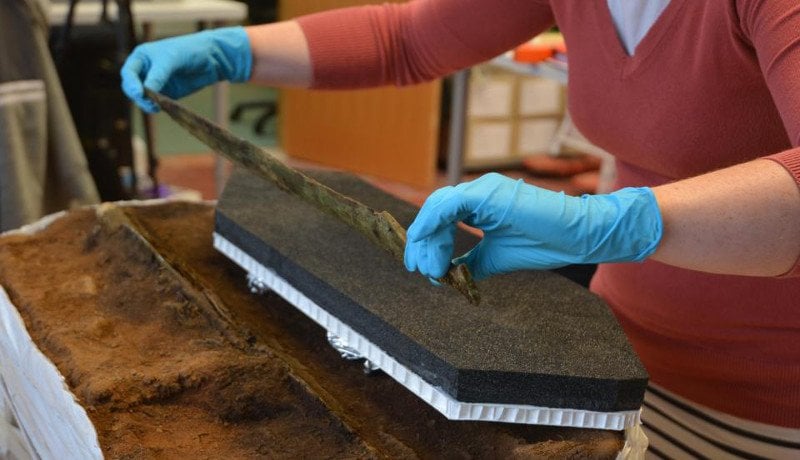 Commissioned by the local council to evaluate land getting developed into a public sports court, GUARD Archaeology found a gold-decorated spearhead hiding just beneath the surface. It is one of the few gold-decorated bronze spearheads ever unearthed in the United Kingdom.

Calling the cache the “find of a lifetime,” the GUARD archaeologists also found a bronze sword, a pin, fur skins, and scabbard fittings.

“It is very unusual to recover such artifacts in a modern archaeological excavation, which can reveal so much about the context of its burial,” GUARD Archaeology Project Officer Alan Hunter Blair said to BBC News.

“The earliest Celtic myths often highlight the reflectivity and brilliance of heroic weapons,” said Blair. “Gold decoration was probably added to this bronze spearhead to exalt it both through the material’s rarity and its visual impact.” 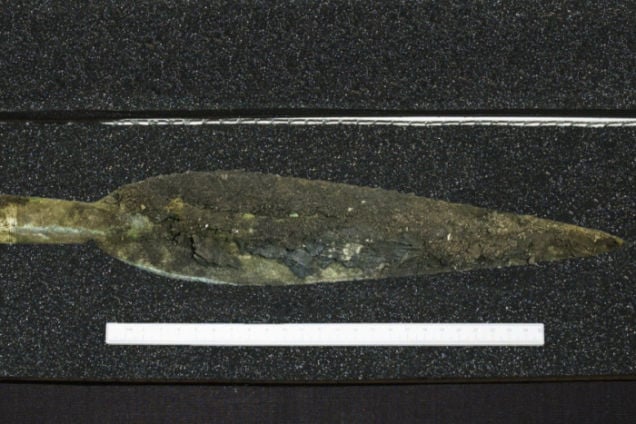 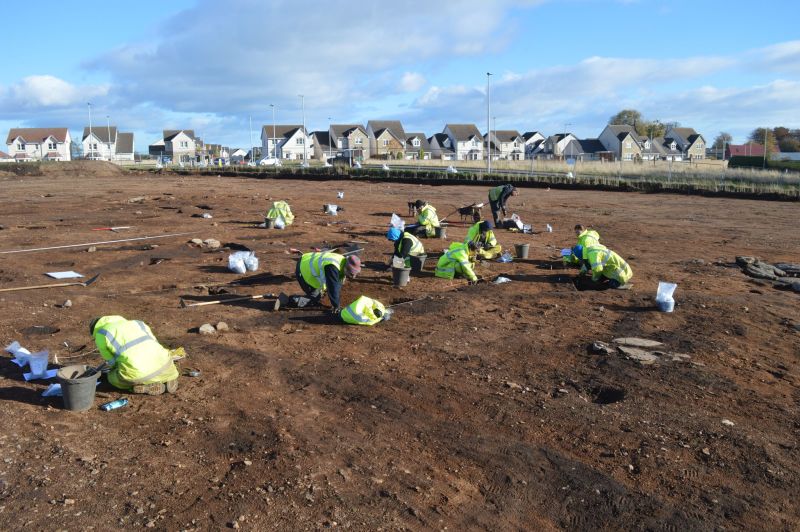 The GUARD team excavated pots and other houseware objects scattered around the weapons as well, leading them to discover that the site is the home to the largest Neolithic hall ever unearthed in Scotland, dating back to 4000 BC.

Unfortunately, the continued archaeological windfall means that sad times are ahead for the local youngsters, who may not get a chance to play soccer on the field for months, if not years, as the research goes on. Still, the local community is proud of the history hidden beneath their feet.

"It is clear that Carnoustie was as much a hive of activity in Neolithic times as it is now," said local council communities convener Donald Morrison to the BBC. "The discoveries made on land destined for sporting development have given us a fascinating insight into our Angus forebears, and I look forward to learning more about our local prehistory."

After reading about this archaeological find, check out these recent discoveries that shed light on the lost kingdom of the Dark Ages, before finding out about the Viking funeral ship containing a treasure trove of ancient relics.