What Your Favorite Foods Look Like Before Harvest And Processing

From bananas to coffee to chocolate, you'd never guess what some of your favorite foods look like while still plants. 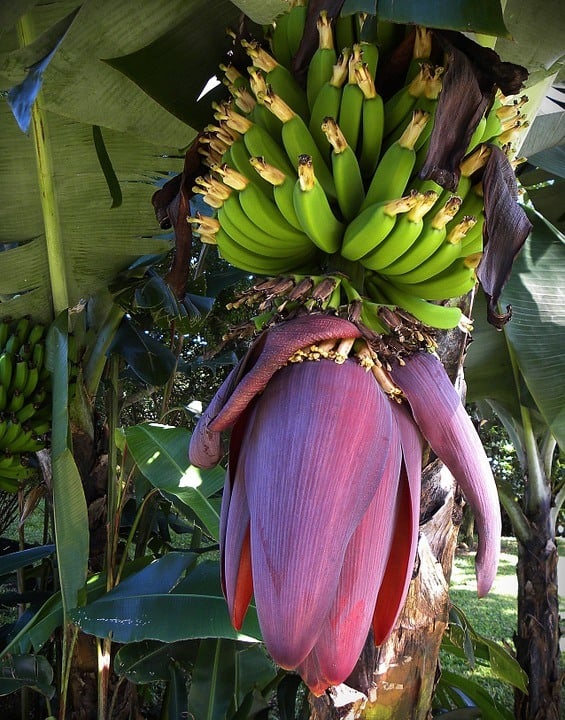 The banana fruits that we eat grow on a stem above a large inflorescence (flower cluster), with the entire hanging stem capable of weighing more than 100 pounds. Pixabay 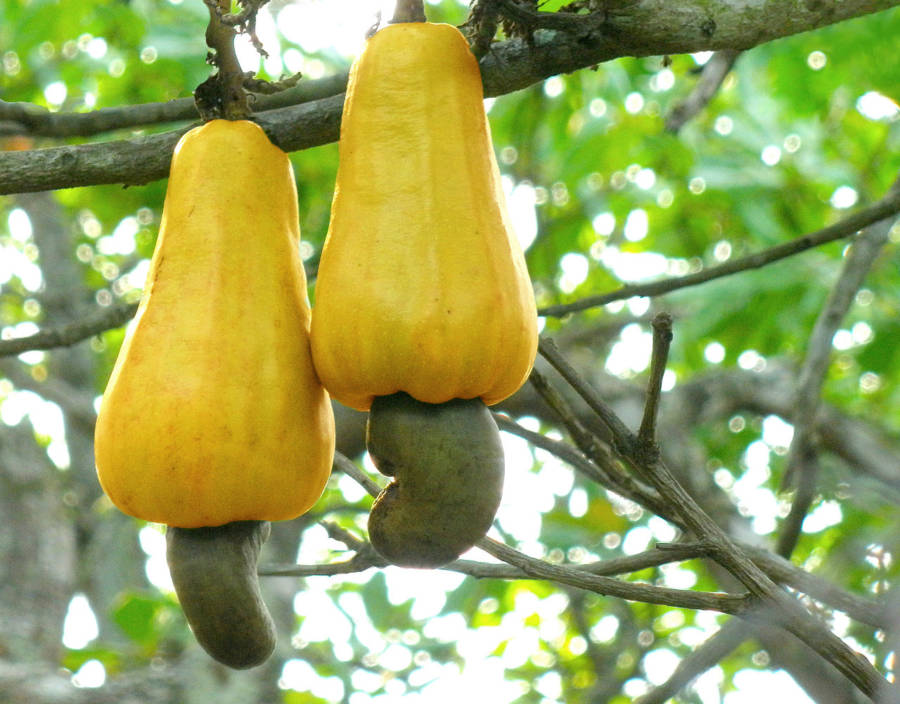 Inside the green shell growing out of the yellow tree fruit pictured here are the edible seeds that we know as cashew nuts.Wikimedia Commons 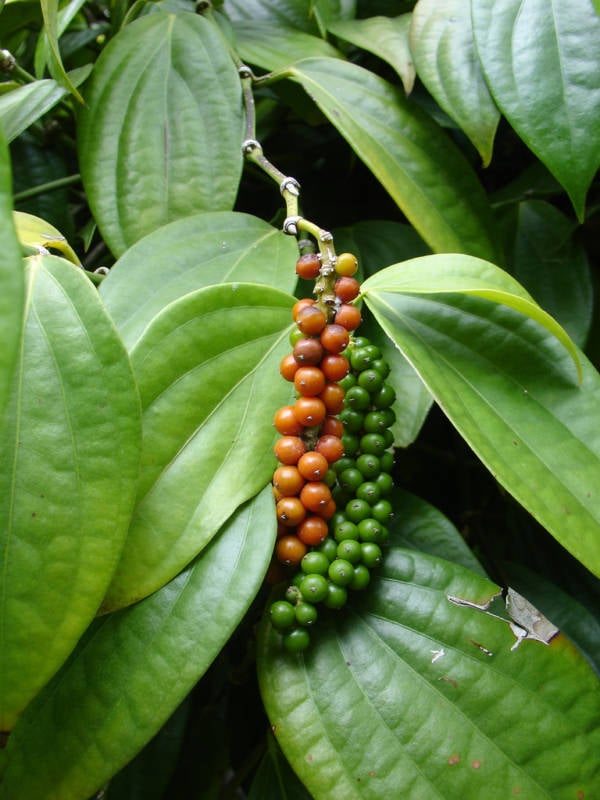 The fruits of this flowering vine are plucked, dried, and crushed to make the ubiquitous spice.Scott Nelson/Flickr 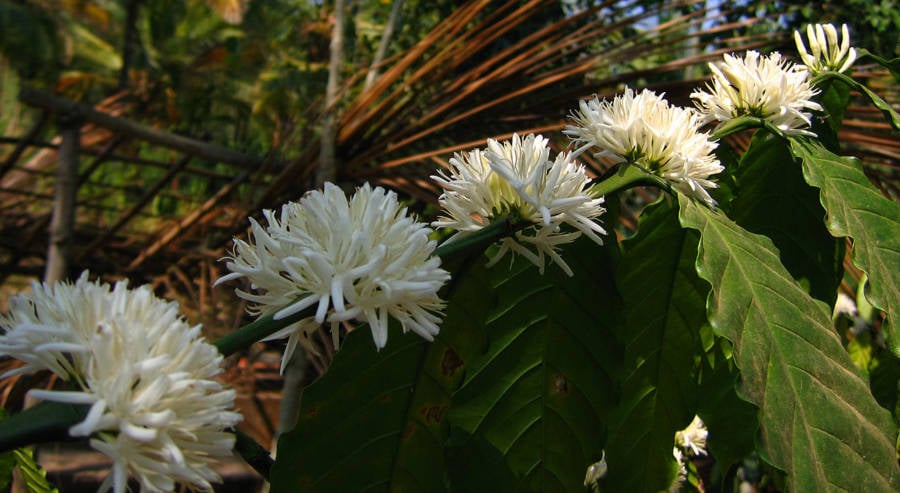 The flowers of the Coffea plant are often forgotten in favor of its berries...Wikimedia Commons 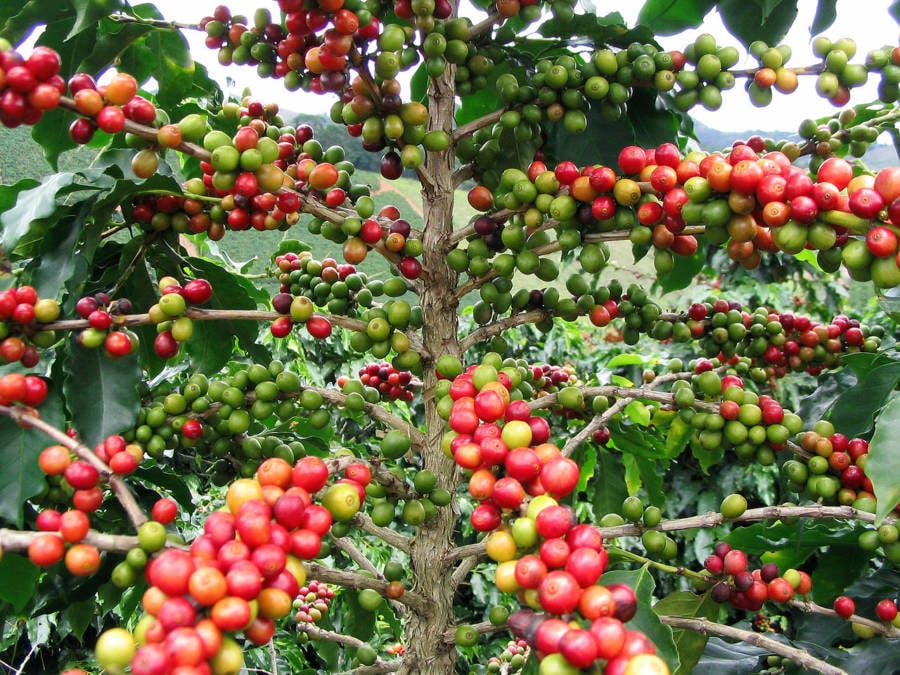 Seeds (known as beans) are extracted from these berries, then processed in a number of ways including washing, fermenting, and roasting to produce what we know as coffee beans.Wikimedia Commons 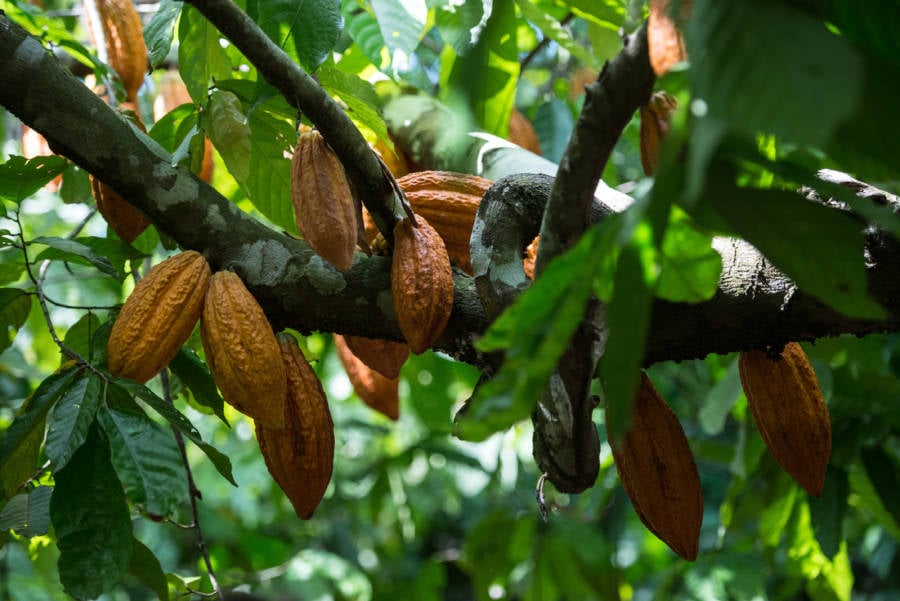 The fruit pod of the cacao tree contains a sweet pulp as well as seeds (beans) are processed — including drying, fermenting, and roasting — in order to ultimately become chocolate.YASUYOSHI CHIBA/AFP/Getty Images 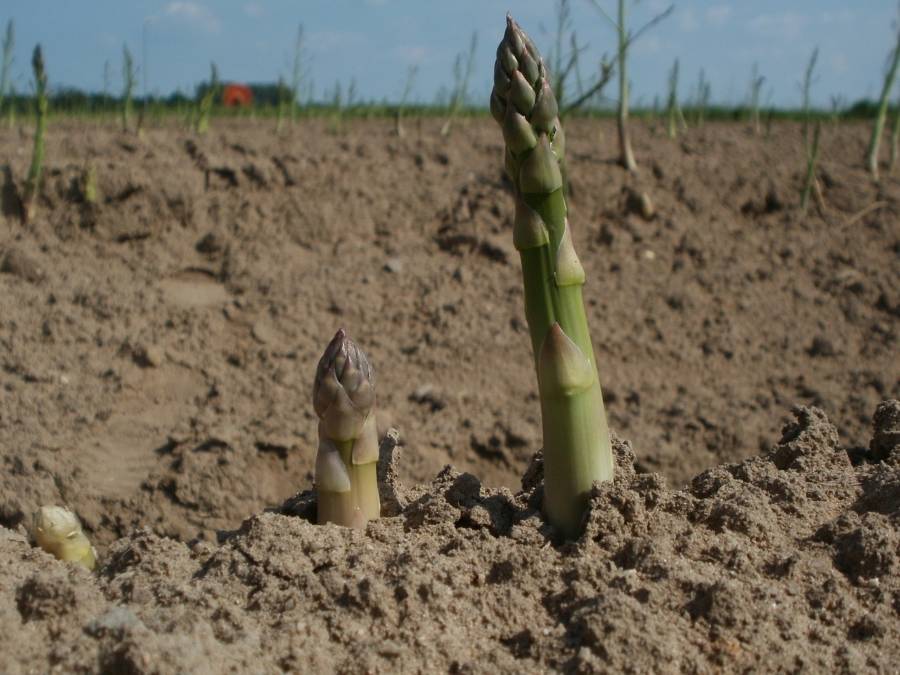 Asparagus shoots grow straight up out of the ground and are harvested before they can grow into a large flowering plant, the berries of which are poisonous to humans.Pixabay 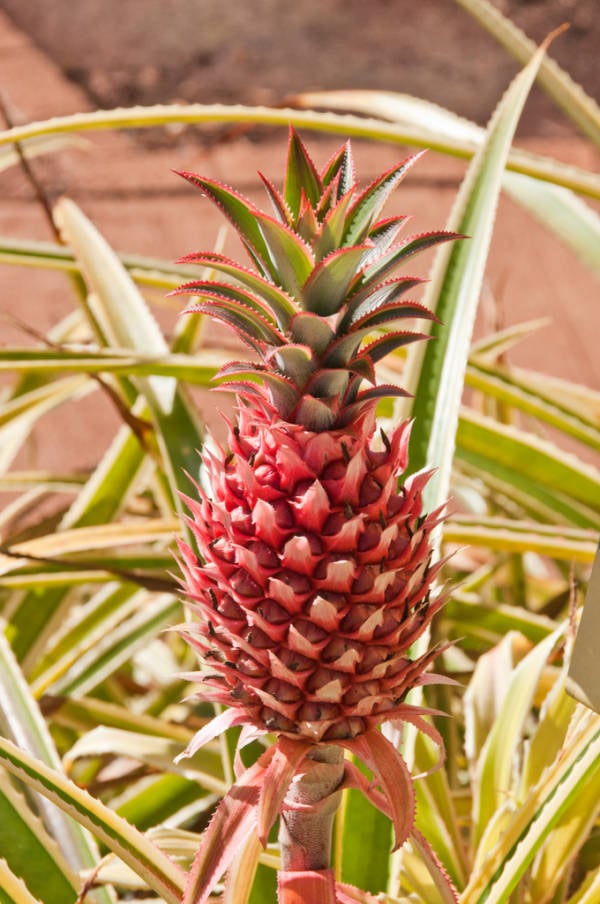 The pineapple, a berry of the Ananas comosus plant, is actually a multiple fruit: a cluster of fruiting flowers that mature into a single mass. Chris H/Flickr 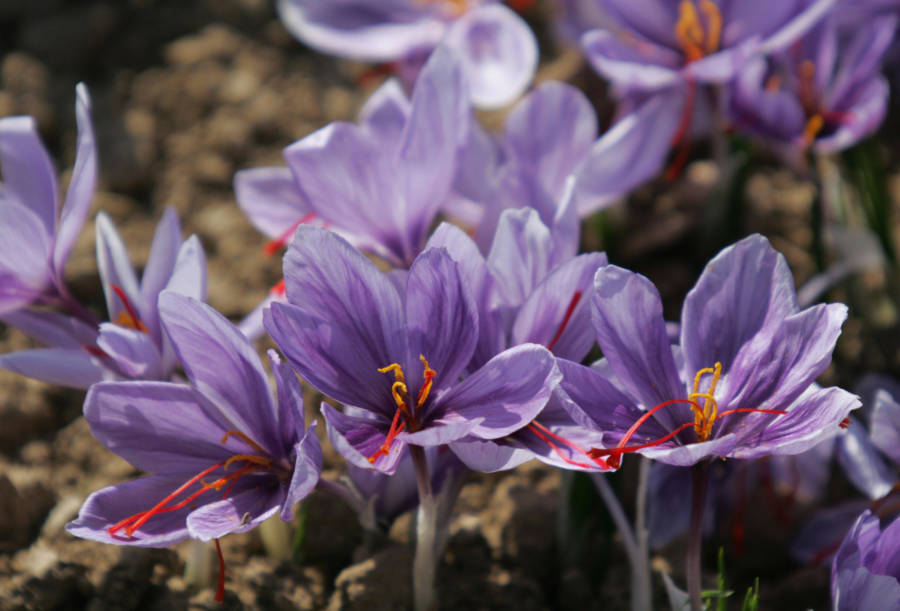 The edible red stamen (pictured) of the saffron flower is plucked and dried to become one of the world's costliest culinary items, with prices reaching more than $1,500 per pound, making it sometimes more valuable than gold.BEHROUZ MEHRI/AFP/Getty Images 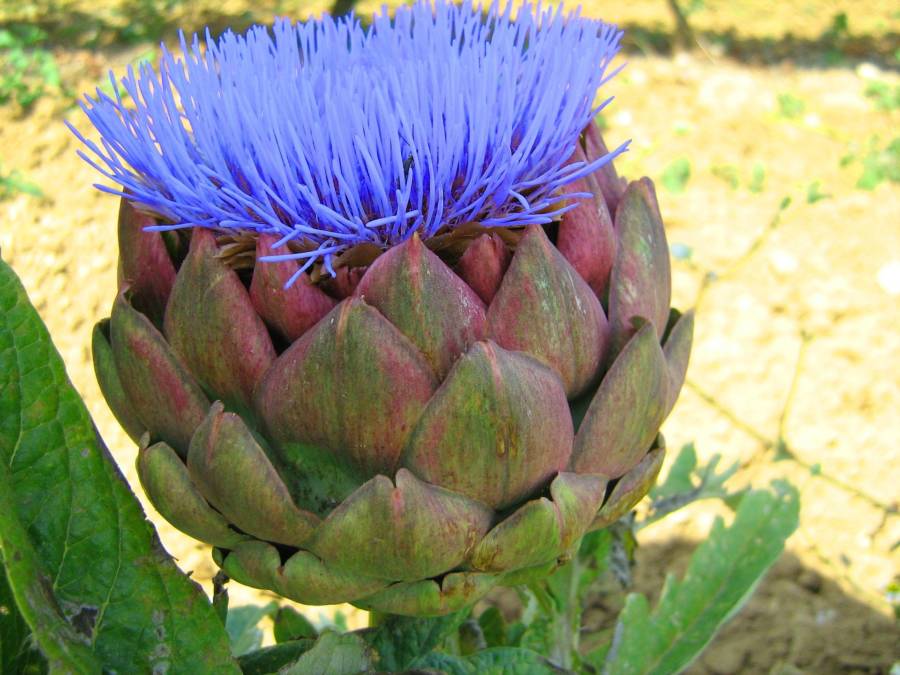 We harvest the edible, green, scale-like buds of the artichoke plant before they've flowered.Pixabay 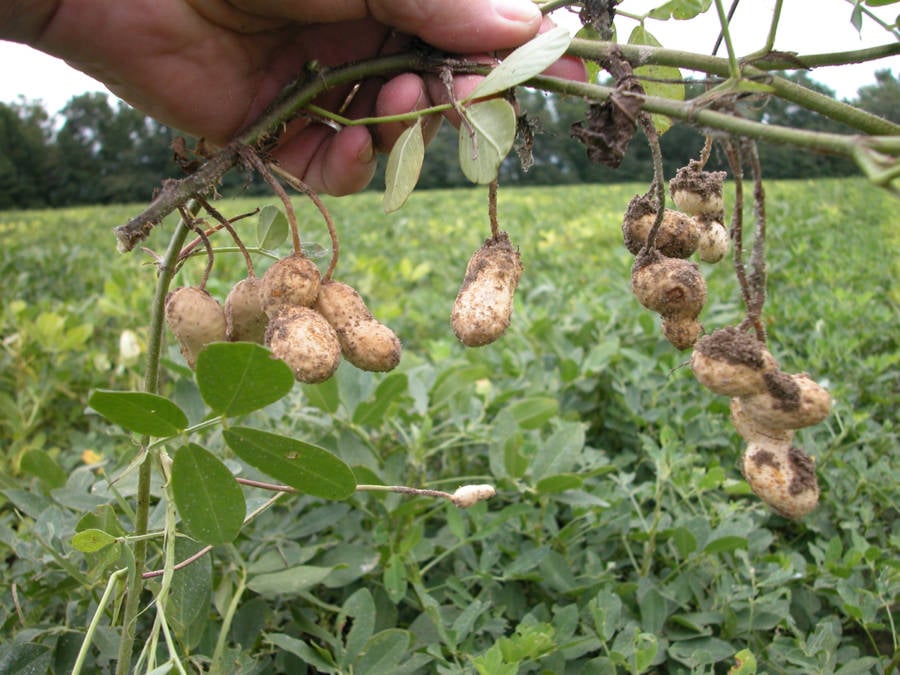 Unlike most other plants, the seed pods of the Arachis hypogaea plant —which contain peanuts — grow underground and are pulled out along with the roots in order to harvest.Wikimedia Commons 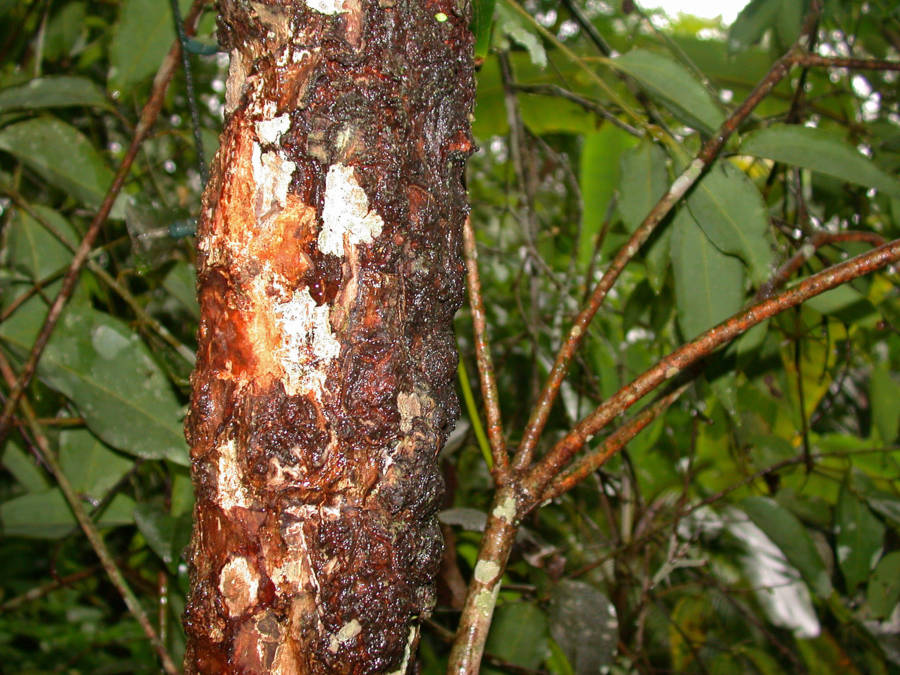 First, farmers cut the stems of the cinnamon tree. Then, they wait for new shoots to grow up from the site, at which point they harvest them, scrape off the outer bark, loosen the inner bark with a hammer, and finally dry and grind that wet inner bark into a powder.Sandor Weisz/Flickr 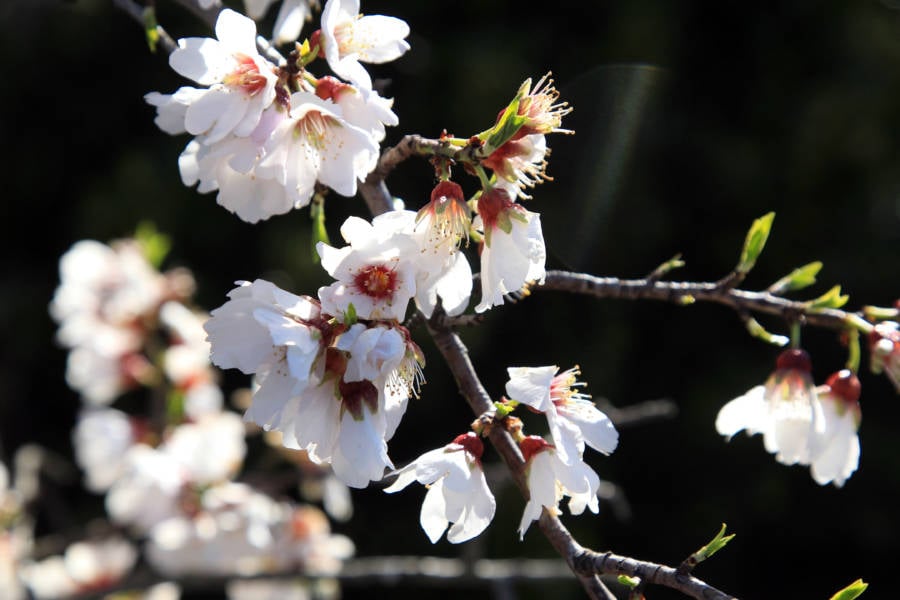 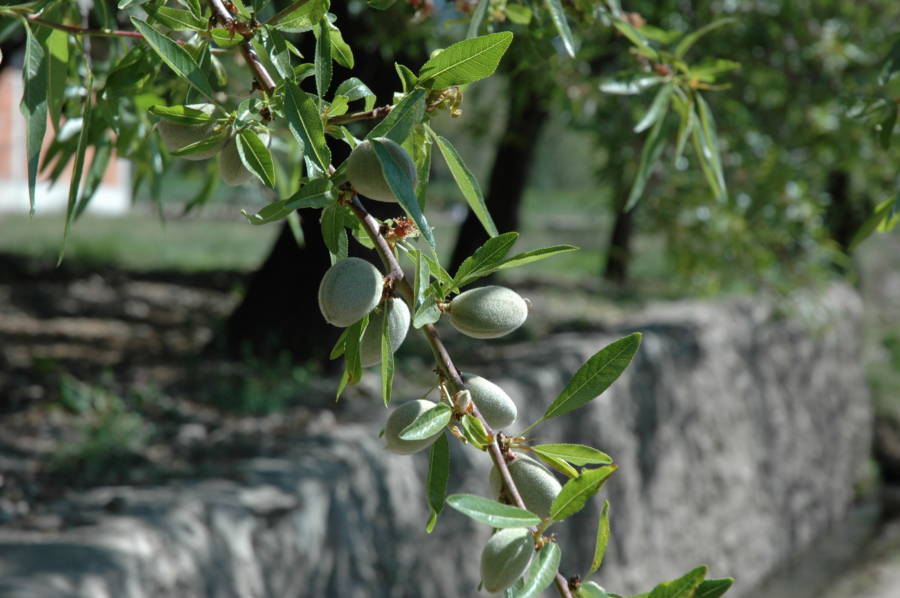 Those trees produce a drupe fruit (pictured), which contains a hard shell that surrounds its seed. It's this seed (the almond is a seed, not a true nut) that we eat.Wikimedia Commons 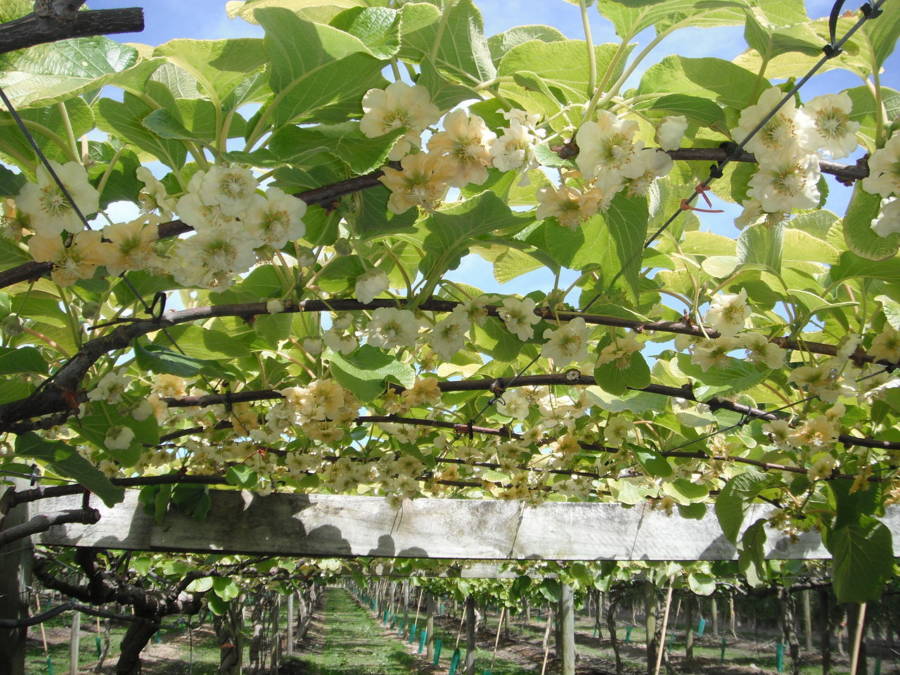 In addition to light-colored flowers, these woody vines produce the edible berries we call kiwi.Wikimedia Commons 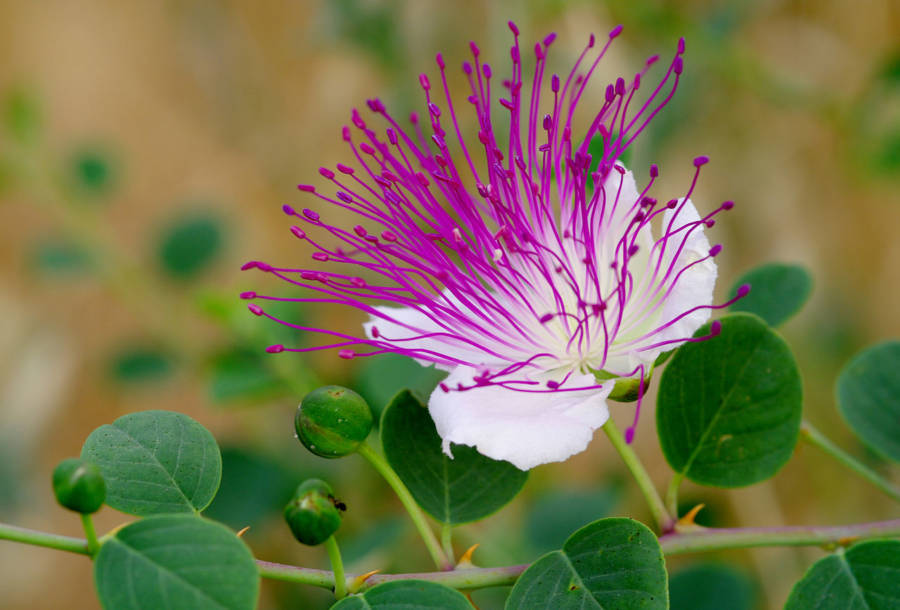 Both the buds and (more commonly) berries known as capers come from this flowering plant found across several continents.Wikimedia Commons 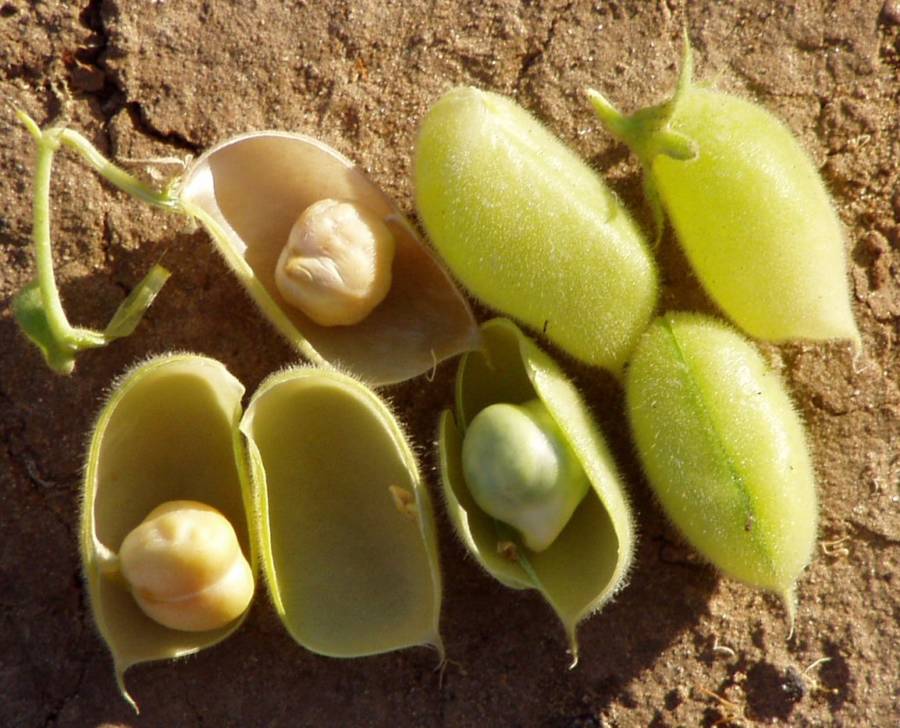 These pods of the Cicer arietinum plant contain the seeds we know as chickpeas.Wikimedia Commons 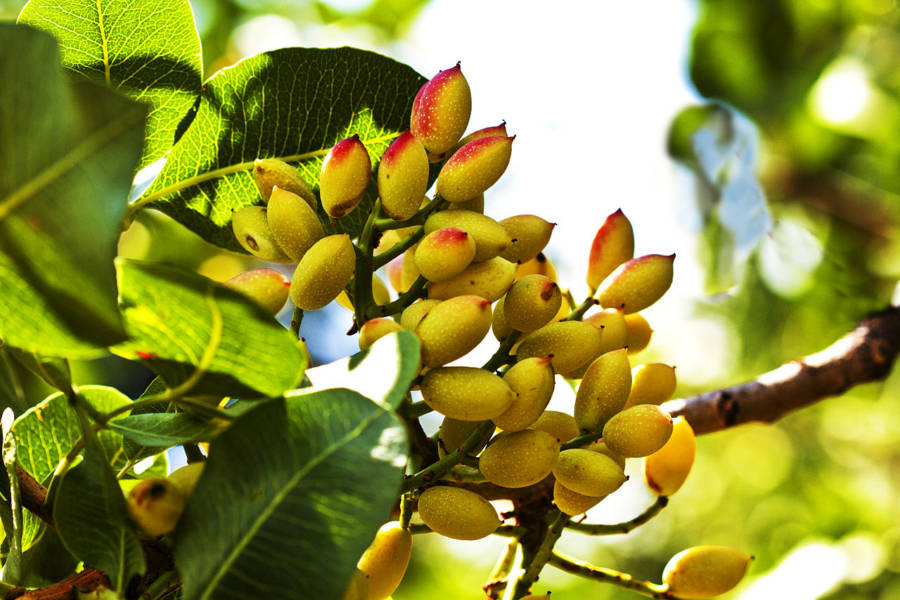 The drupe fruit of the pistachio tree is hulled and dried before its edible seeds are finally removed.Wikimedia Commons 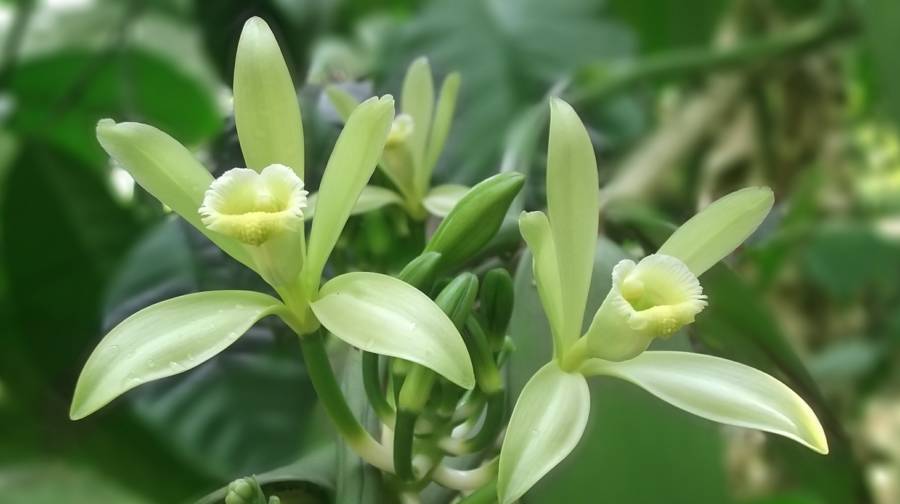 The pods of the flowering orchid vines in the Vanilla genus contain seeds that are used as a flavoring on their own. Otherwise, the pods themselves are macerated with water and alcohol in order to produce vanilla extract.Pixabay 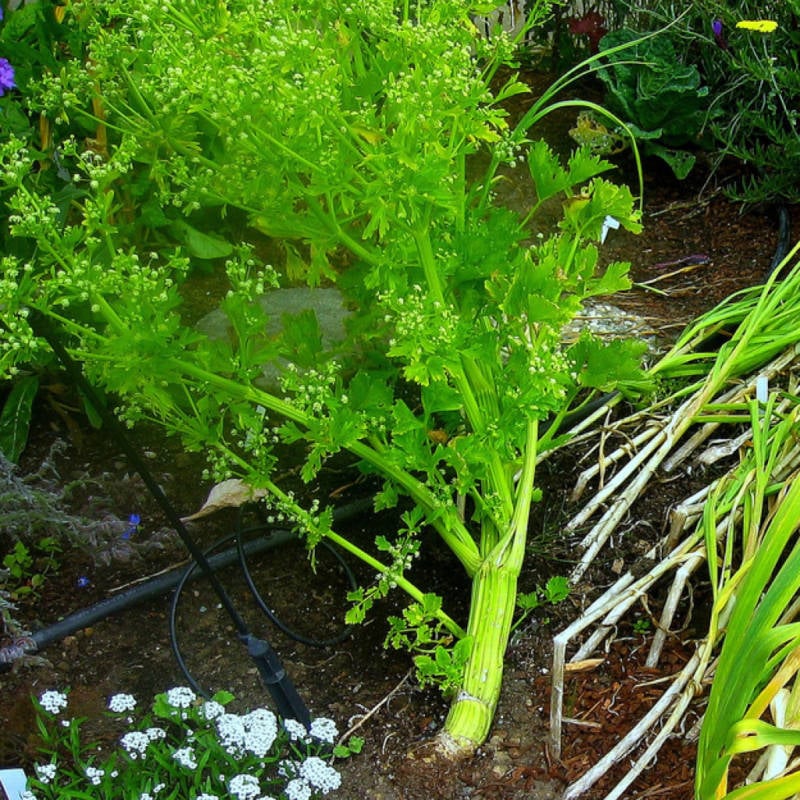 While we often focus solely on the celery plant's stalks, its leaves are in fact edible as well.edibleoffice/Flickr 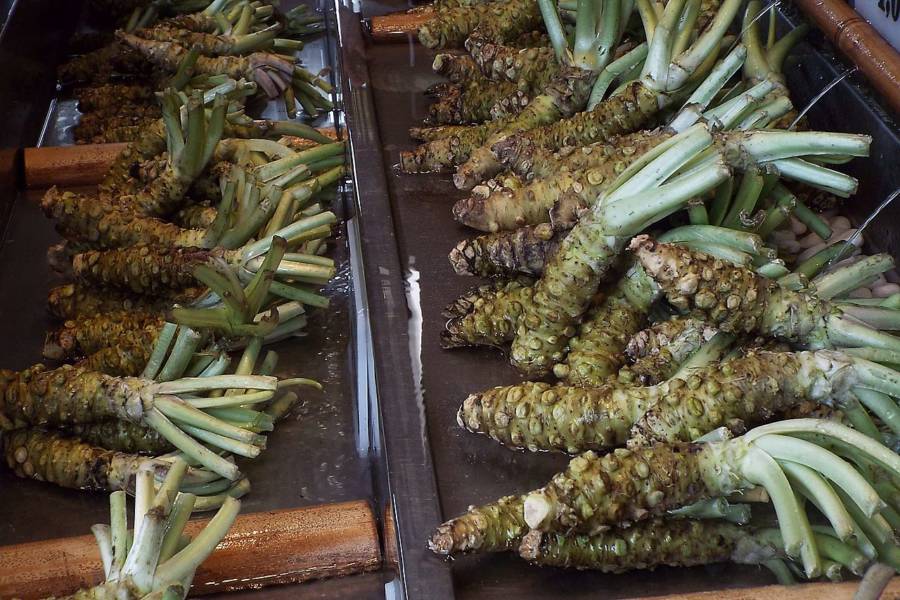 The stems of the flowering wasabi plant are either grated or dried and ground into powder to produce the condiment common in Japanese cooking.Wikimedia Commons 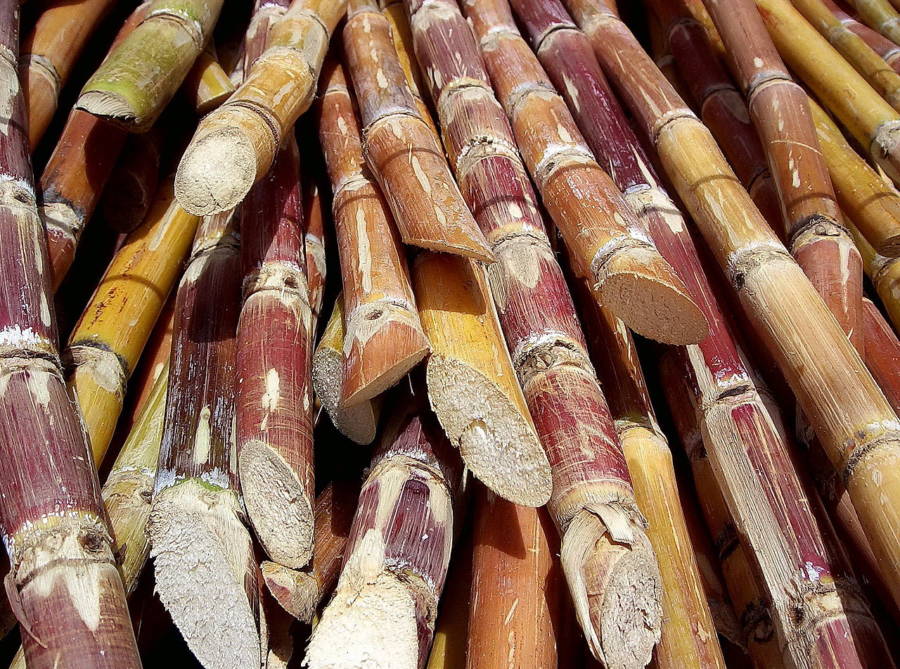 Sugarcane is actually a grass that produces several stems, which mature into hardened cane stalks. It's these stalks that contain sucrose to be milled and refined into sugar.Wikimedia Commons 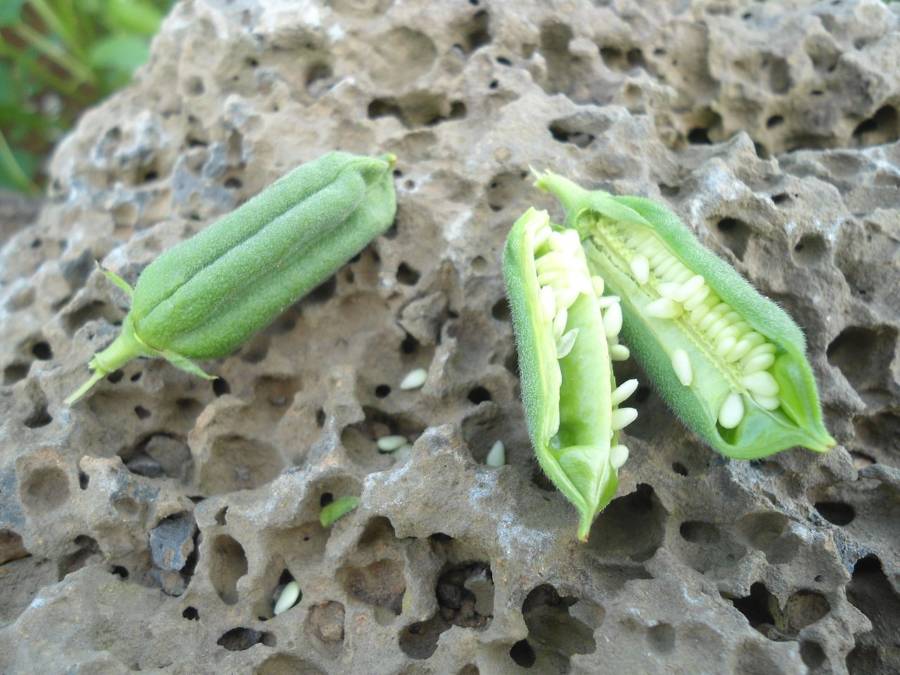 The edible seeds are found within the pods (or "buns") of the flowering sesame plant, which was first domesticated by human farmers more than 3,000 years ago.Wikimedia Commons 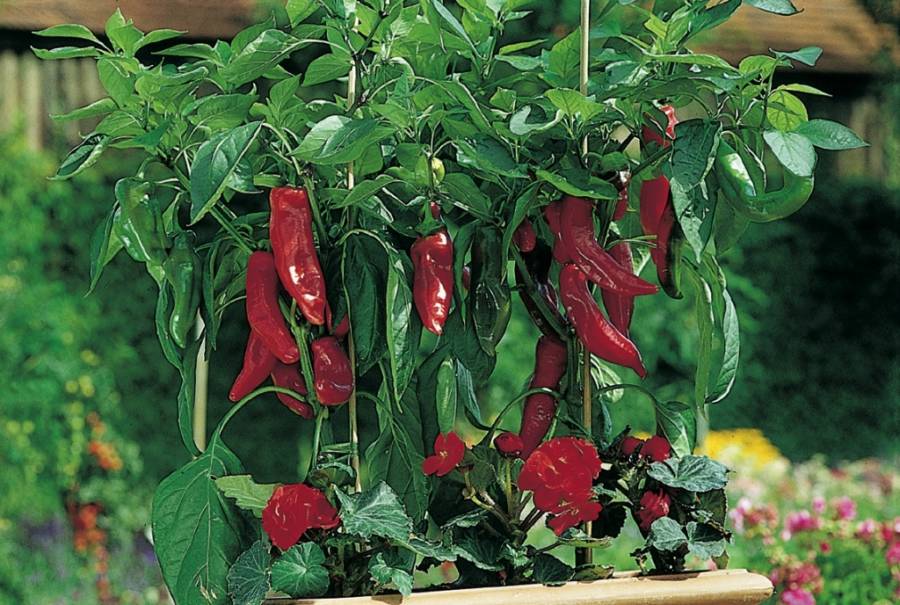 Made from the same plant, Capsicum annuum, that produces bell peppers, paprika is made by air drying the plant's fruits and then grinding them down.Pressebereich Dehner Garten-Center/Flickr 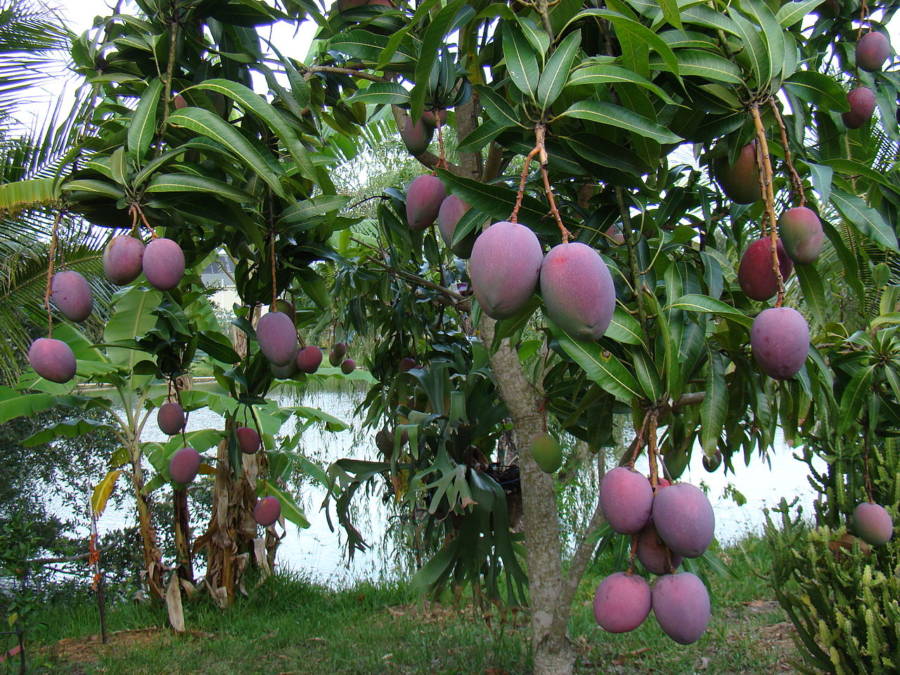 Mango trees can grow to more than 100 feet tall and produce fruit even after growing to 300 years old.Wikimedia Commons 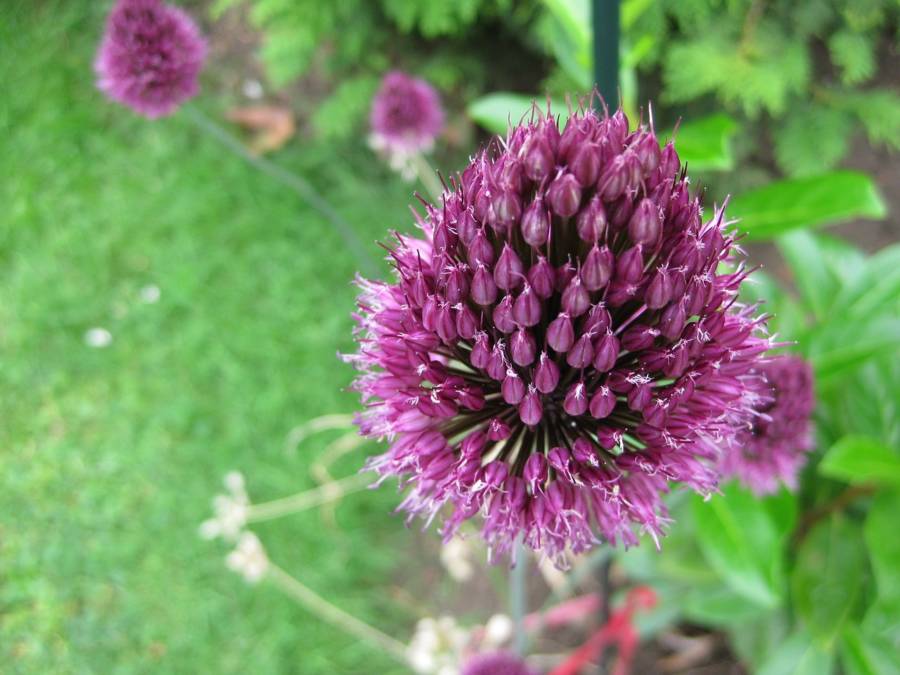 Below flowers like these are the leaf sheaths (not stalks or stems, as is commonly thought) that we call leeks.Pixabay 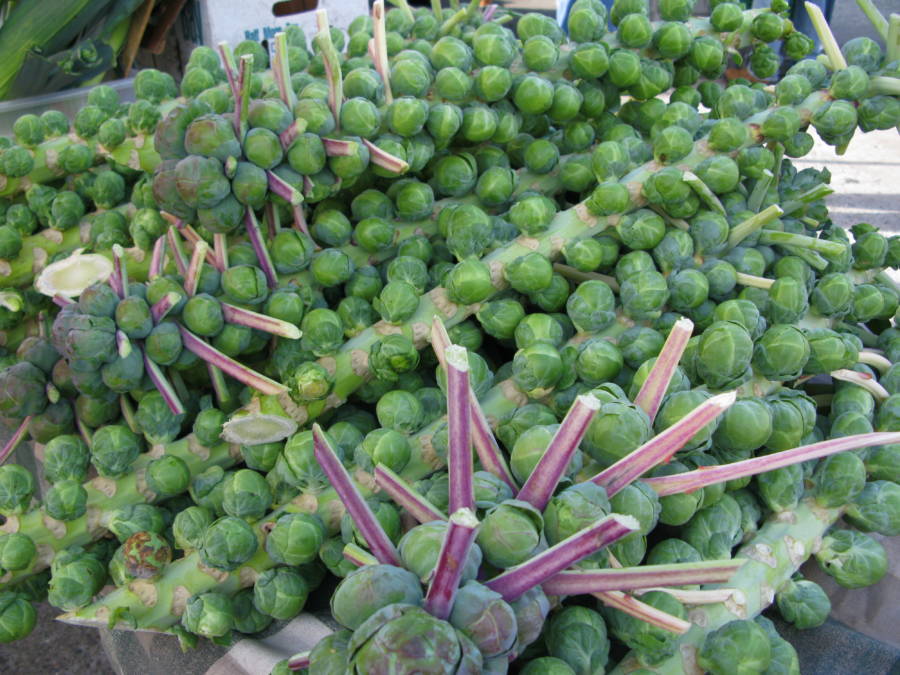 The stalks from which Brussels sprouts grow to about four feet in length.Steel Wool/Flickr

Every morning, you drink a cup of coffee and likely think nothing of the 70 or so beans that went into that one cup or the hours that those beans spent drying, fermenting, and roasting. Surely, you likewise don't think the fact that, before any of that processing, your cup of coffee started out as bright red berries on a medium-sized flowering plant.

Whether coffee, chocolate, bananas, or any of our other favorites, seldom do any of us think about where our food and drinks originally come from, or even what they looks like in their original state.

Did you know, for example, that cashews sit inside a seed pod at the base of a large yellow fruit? Did you know that black pepper starts out as vibrant orange and green berries? See these foods and more before harvest in the eye-opening gallery above.

Next, have a look at some of the grossest foods from around the globe and the world's coolest food art.