This discovery hints at the potential of finding extraterrestrial life in places just as inhospitable to life as these caves. 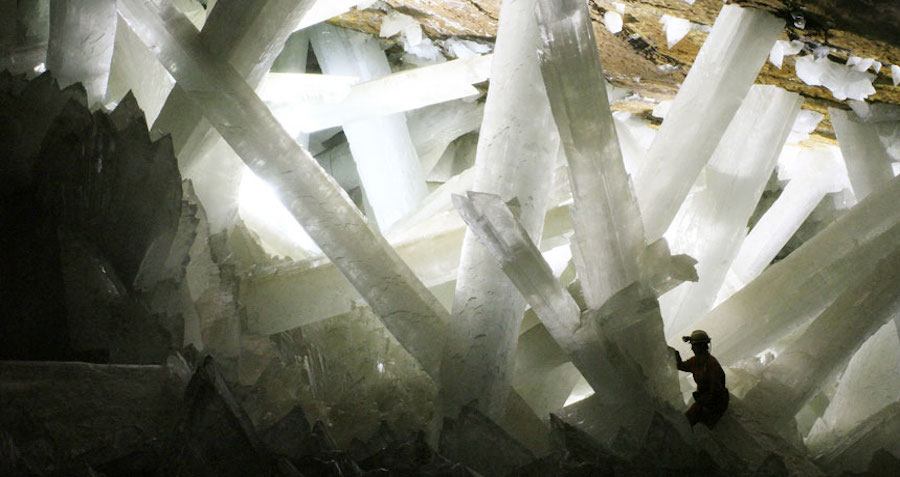 Alexander Van Driessche/Wikimedia Commons Giant crystals inside the Naica mine in Chihuahua, Mexico contain microbial life-forms that have been trapped for up to 50,000 years.

Dormant for thousands of years, the researchers found the microbes hiding in tiny pockets of liquid buried inside the giant crystals residing within Mexico’s enormous Naica Mine. Apparently, these microbes have been hibernating there for up to 50,000 years, eating iron, sulfur and other chemicals to survive.

“These organisms are so extraordinary,” said Penelope Boston, an astrobiologist and the director of the NASA Astrobiology Institute, during a news conference this past Friday at the annual meeting of the American Association for the Advancement of Science (AAAS), according to Science News. Despite being inactive for such a long time, the microbes “remained viable in some fashion and were able to be regrown” after Boston’s team reawakened them in a laboratory.

Because there is no sunlight inside the cave, the microbes can’t use photosynthesis to produce food. Instead, they use a process called chemosynthesis to “eat” iron and sulfur, which is in ready supply thanks to the monstrous, subterranean crystals located inside the cave.

The discovery hints at the potential of finding extraterrestrial life in places just as inhospitable to life.

While it’s home to 36-foot-long crystals that are too wide for any human to put their arms around, Naica mine is a desolate place for any life form. It is unbearably acidic, and pitch-black at 1,000 feet below the surface. Temperatures can reach as high as 149 degrees Fahrenheit, with humidity levels nearing 99 percent. On a cold day, the temperature will only drop to 113 degrees Fahrenheit.

“Any extremophile system that we’re studying actually allows us to push the envelope of life further,” Boston said. “We add it to this atlas of possibilities that we can apply to different planetary settings.” 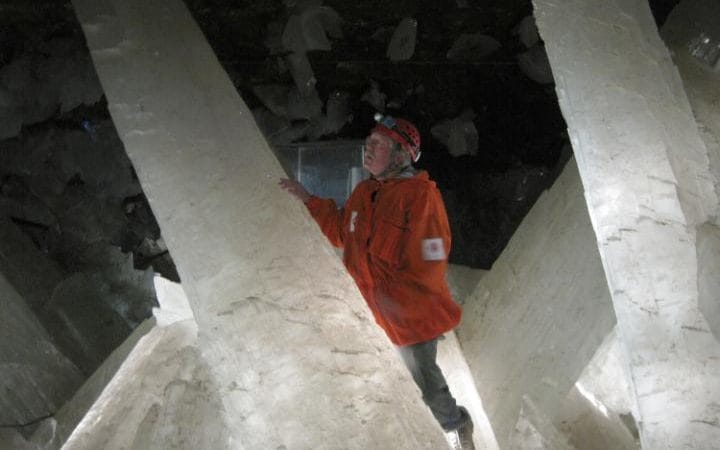 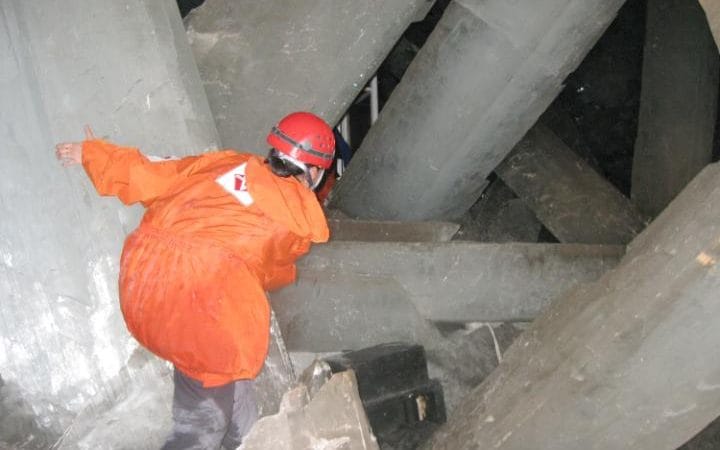 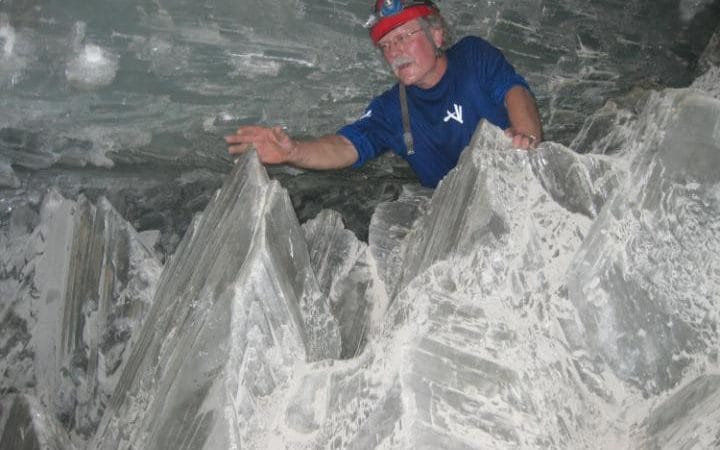 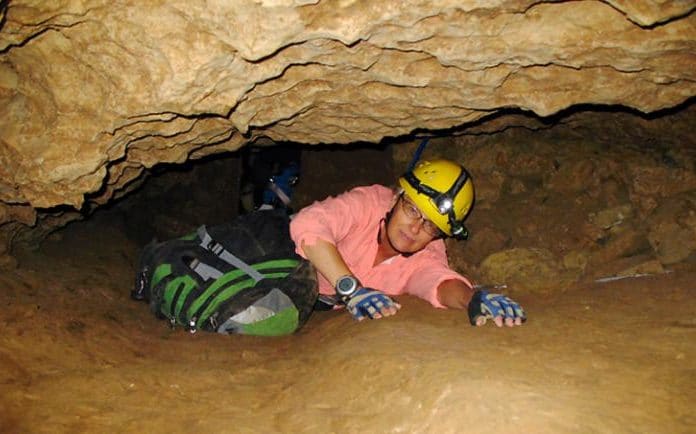 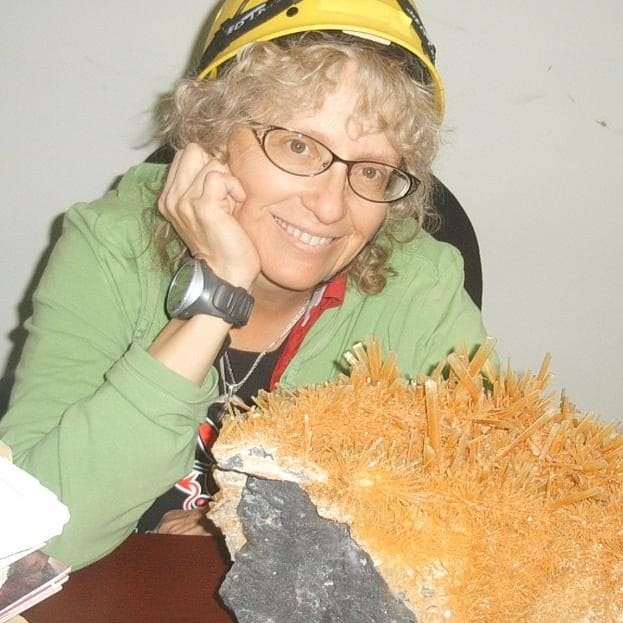 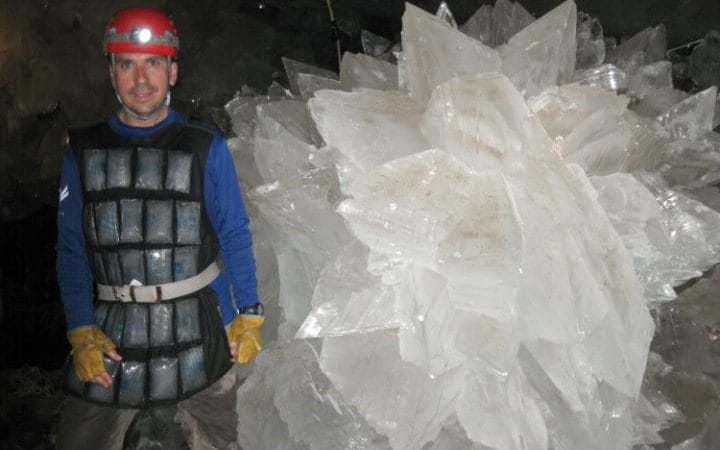 However, considering that Boston's team has yet to publish their research in a peer-reviewed journal, some scientists have cast doubt on the discovery.

"I think that the presence of microbes trapped within fluid inclusions in Naica crystals is in principle possible," said Purificación López-García, a microbiologist from the French National Centre for Scientific Research who helped find life in the same cave's springs in 2013, to National Geographic.

"[But] contamination during drilling with microorganisms attached to the surface of these crystals or living in tiny fractures constitutes a very serious risk," she added, "[and] I am very skeptical about the veracity of this finding until I see the evidence."

Still, Boston's team has defended their work by saying that the microbes that they found are different from the other organisms living in the cave.

"We have also done genetic work and cultured the cave organisms that are alive now and exposed," Boston told National Geographic, "and we see that some of those microbes are similar but not identical to those in the fluid inclusions."

If Boston and her team turn out to be right, it means big things for the possibility of finding life in outer space.

Next, venture down into 21 of the most stunning caves on Earth, before finding out that while salt caves might not be a fountain of youth, they're still absolutely fascinating.