Police have the man's DNA and are attempting to identify him.

Police in Pennsylvania are seeking help in locating a sicko who exposed himself and committed a sex act at Kennywood amusement park last week in West Mifflin, about 13 miles southeast of Pittsburgh.

A 13-year-old girl and her 12-year-old friend were in line for a ride called the Log Jammer. “There is this guy behind me and he was getting closer to me, and I was moving away from him.” the 13-year-old told Pittsburgh’s KDKA.

“I felt something warm like, go on my leg,” she said. “I turned around and his private part was out, and I was screaming at him, ‘Get away from me, you’re disgusting, and why would you do that?’”

According to the girl, the perv told her, “Sorry, I have a problem.”

Police have released this photo of the suspect. They have his DNA and are working to identify him. 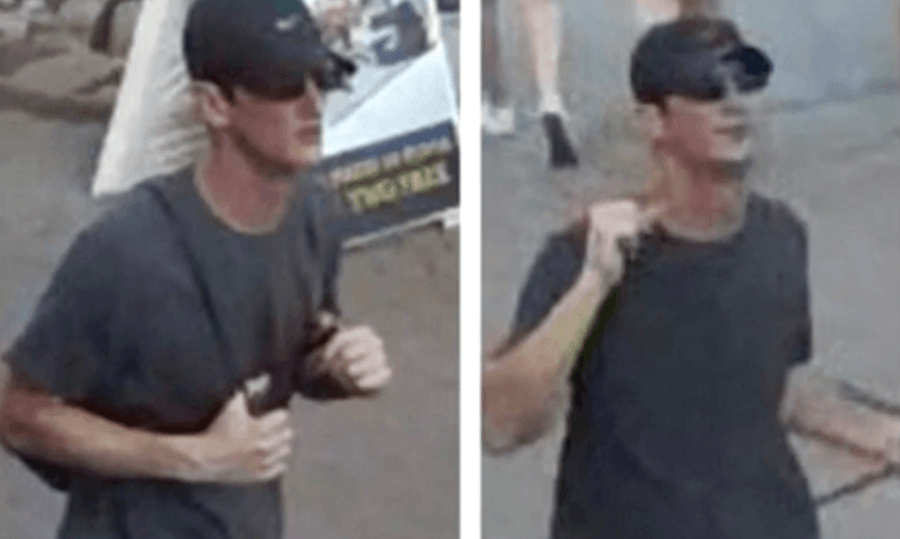 According to the Kennywood website, the venue is “Pittsburgh’s Best Amusement Park For Kids and Families.” And while incidents such as these are unfortunately difficult to protect against, the parents of the victim are upset with the way the park handled it.

After the incident the girl told the ride operator what had happened. For some reason, the operator then allowed the two on the ride. As the victim’s mom noted, “They should have said, ‘Stay here, I’m going to call security.’ Security should’ve took her to their office, and then the police should have been called immediately.”

In response to the incident Kennywood released the following statement:

Like everyone, we at Kennywood are shocked by the incident that occurred Monday night. We would like to express our support for the victim and her family.

We have been working with West Mifflin Police since the initial reports on Monday evening and will continue to cooperate with the authorities to the best of our abilities. West Mifflin Police have informed us that our Ride Operators and Public Safety Officers responded quickly, and handled the incident and preliminary investigation appropriately. We will continue to work with WMPD however we can. They have asked us to not comment further as this is an ongoing investigation. The most important thing is that this person be brought to justice. We thank the public for their help in identifying the suspect, and hope he is apprehended soon.

Anyone with information about this crime should contact the West Mifflin Police Department.