Discover The Manchineel Tree, The Plant So Toxic That Its Nickname Is The ‘Tree Of Death’

Found in tropical places like the Florida Everglades, the manchineel tree is a flowering spurge plant that is packed with poison — from its fruit to its bark and sap.

The manchineel tree produces some of the world’s most beautiful wood. Caribbean craftsmen have been using it as their stock in trade for centuries, carving some of the most beautiful curios and bedroom sets out of its bark. It can even be found in some historic houses all over the United States, from fireplace mantels to wood mirrors.

But don’t be fooled by its usefulness: The manchineel tree is also one of the deadliest trees in the world. 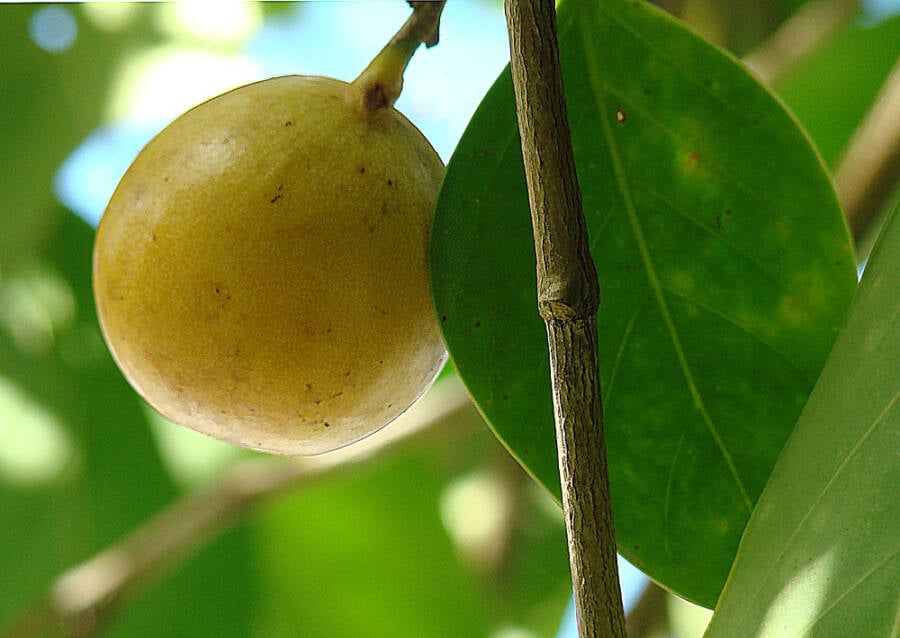 Dick Culbert/FlickrThe manchineel is so toxic that it’s fruit is known as the “apple of death” in Spanish.

Every part of it — from the leaves it bears to the bark itself — is riddled with a poisonous sap that causes blisters, bleeding, shock, and even death in its unfortunate victims. Yet, there is one animal that not only is immune to the poisonous venom seeping out of the tree but actually thrives upon its fruit.

The Toxicity of the Manchineel Tree

Known as the Hippomane mancinella by scientists, the manchineel tree can hit nearly 50 feet tall when it reaches full maturity. Distinguished by its red bark, green leaves, and green and yellow flowers, the tree grows well in any tropical climate.

While native to South Florida and the Florida keys, the tree can also be found in the Caribbean, Central America, and the northern part of South America. Occasionally, too, it can be found in Mexico. 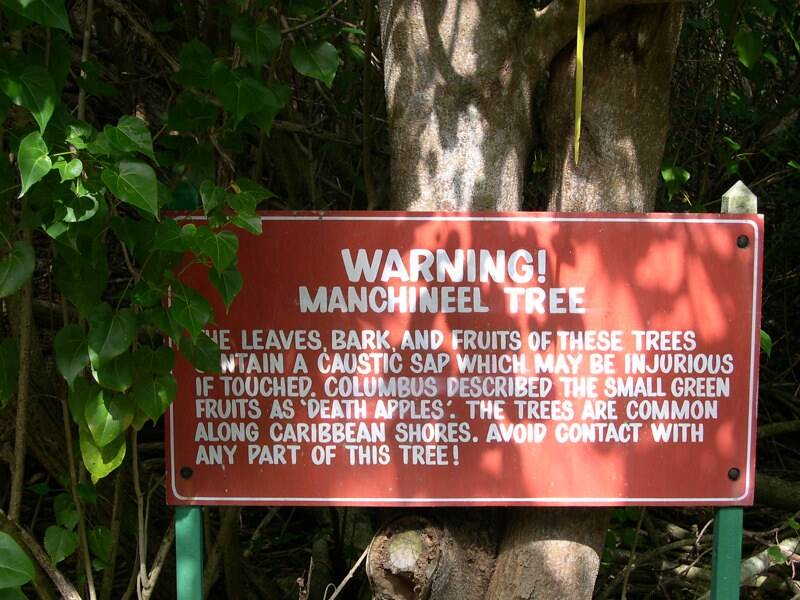 Ellentk/FlickrSigns in Florida clearly warn of the “caustic” sap of the manchineel tree.

But no matter where it grows, scientists say that it is one of the most deadly trees on Earth. Every part of the tree — from the bark to the apple-like fruits that it sprouts — is poisonous. And, perhaps most monstrously of all, every part of the tree exudes a different poison.

For example, just touching the plant itself leads to a form of contact dermatitis, thanks to the phorbol in the sap. This leads to painful blisters and cracking — and if it gets in your eyes, you can expect to be temporarily, or permanently, blind. If you chop the manchineel tree down, it will give off an aerosol, which will burn your respiratory system.

And if you believe the old legends about the tree, the aerosol can even kill birds in the surrounding area. Burning the tree isn’t going to give you much relief, either — all the same respiratory problems will befall you by inhaling the smoke.

And woe be those who eat the manchineel tree or its fruit. “Sloughing of the gastric tract” is a common side effect of consuming the deadly plant, as is a burning sensation.

“I rashly took a bite from this fruit and found it pleasantly sweet,” said radiologist Nicola Strickland, who made the unfortunate mistake of eating the apple from the manchineel tree with a friend. “Moments later we noticed a strange peppery feeling in our mouths, which gradually progressed to a burning, tearing sensation and tightness of the throat. The symptoms worsened over a couple of hours until we could barely swallow solid food because of the excruciating pain and the feeling of a huge obstructing pharyngeal lump.” 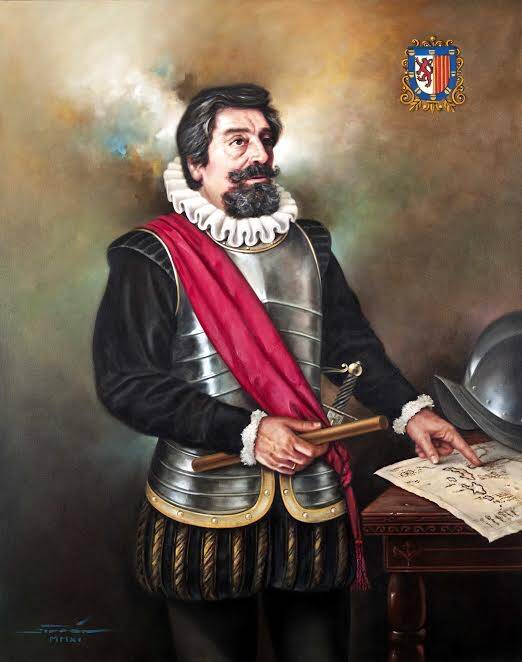 Wikimedia CommonsJuan Ponce de León was likely killed by an arrow tipped with the sap of the manchineel tree.

Naturally, such a poisonous tree — and its equally poisonous sap — can come in handy for a tribe looking to exact some form of their own biological warfare on invaders. In fact, Indigenous tribes used it to poison the tips of their arrows, one of which they fired directly into the thigh of Spanish conquistador Juan Ponce de León in 1521.

De León and his men withdrew from the area of southwestern Florida they were attempting to colonize, and he was rushed to Cuba for treatment, but soon died of the poison.

Thanks to the way it felled the famed conquistador, the manchineel tree earned the named manzanilla de la muerte amongst the Spanish … or, to put it another way, the “apple of death.”

The One Animal That Enjoys The Fruit Of The Manchineel Tree

Despite its ferocious reputation, there is one animal that enjoys the manchineel tree: the spiny-tailed black iguana, which is native to the Caribbean and South Florida.

Although not suitable to keep as pets — as they have a nervous and flighty disposition, and are prone to snapping at humans — the spiny-tailed black iguana tends to climb up the tree when the need arises, though they prefer to stay on the ground more often than not. Some casual observers have even noticed spiny-tailed black iguanas nesting in the manchineel tree, and even eating the poisonous apple fruits that sprout from the branches.

But if you’re not a spiny-tailed black iguana, the entirety of this tree is to be avoided at all costs.

“All parts of manchineel are extremely poisonous and interaction with or ingestion of any part of this tree may be lethal,” reports the University of Florida, who add that while not everyone will have an allergic reaction if the sap interacts with their skin, it is “not recommended” to ingest any part of this tree, as it’s lethal to all.