“This is the deepest fish that’s been collected from the ocean floor, and we’re very excited to have an official name.” 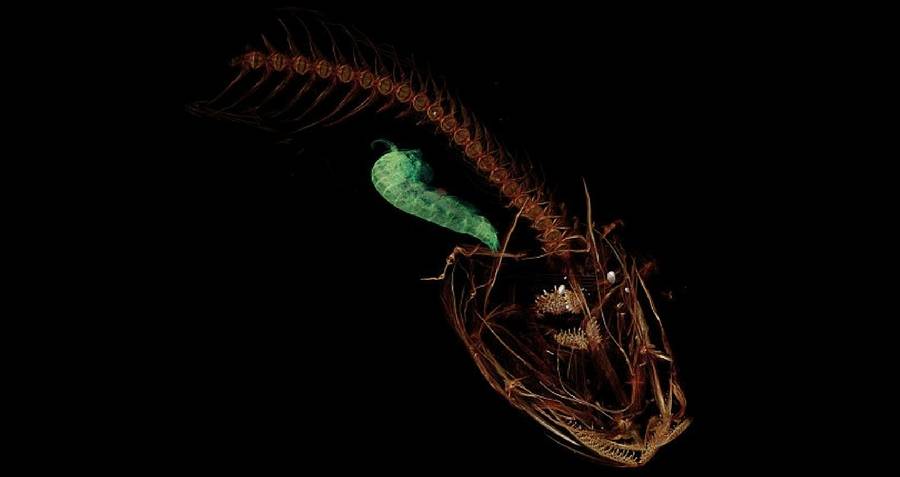 Adam Summers/University of WashintgonA CT scan of the Mariana snailfish, showing a small shrimp in its digestive tract.

Just when you thought there were no more fish in the sea, scientists have uncovered another one.

The newfound species, known as the Mariana snailfish, is officially considered the world’s deepest fish. Now, while we’re sure he’s got a lot of feelings, his title comes from the fact that he lives further beneath the waves than any other living creature, at roughly 26,686 feet below sea level.

While snailfish as a species are found in different ocean zones and around different parts of the world, the Mariana snailfish is found primarily on the bottom of the trench.

Rather than being equipped with giant teeth or razor-sharp fins, adaptations one might expect from living in harsh, barren conditions, the Mariana snailfish is actually relatively small, transparent, and has a smooth, scaleless body that resembles a tadpole.

At the bottom of the trench, the pressure can amount to over 15,000 pounds per square inch, roughly the equivalent of an elephant standing on your thumb. The fish’s compact, scaleless body is thought to help it survive under the immense pressure of living roughly five miles below sea level, but little is known about how they manage. 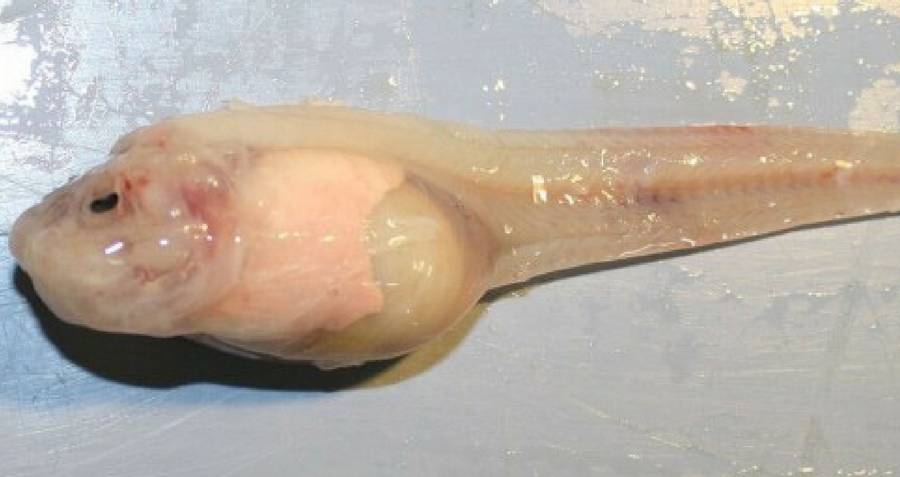 In a paper published in Zootaxa, researchers state that the fish first entered the Mariana Trench to escape predators and seek food. In their environment, the Mariana snailfish is at the top of its food chain, feeding on smaller invertebrate prey such as shrimp and crustaceans, and free from virtually all predators.

Since 2014, scientists have been studying the Mariana snailfish, as well as the other new life forms that the trench has to offer.

Researcher Mackenzie Gerringer located the fish during a study by the University of Hawaii, by using baited traps, equipped with cameras, that were sunk to the bottom of the trench.

“This is the deepest fish that’s been collected from the ocean floor, and we’re very excited to have an official name,” said Gerringer. “They don’t look very robust or strong for living in such an extreme environment, but they are extremely successful.”

Gerringer added that the discovery was exciting, and hints that more life forms could be found.

“There are a lot of surprises waiting at those depths,” she said. “It’s amazing to see what lives there.”

After learning about the Marina Snailfish, the deepest fish in the world, read about the glowing jellyfish scientists discovered in the deepest parts of the ocean. Then, check out the barelleye fish’s amazing transparent head.