Mark Twitchell, The ‘Dexter Killer’ Whose Obsession With The TV Show Led Him To Murder

In October 2008, Canadian filmmaker Mark Twitchell lured 38-year-old Johnny Altinger to his garage and murdered him — after being allegedly inspired by "Dexter."

At a glance, Mark Twitchell seemed perfectly normal. The 29-year-old Canadian man had a wife and a young daughter, and aspirations of becoming a filmmaker. But Mark Twitchell also had an urge to kill.

Driven by this desire and his passion for the TV show Dexter (2006-2013), Twitchell started plotting out a Dexter-like murder. He rented a garage, found potential victims on dating apps, and set the scene with plastic sheeting, a table, and different kinds of weapons.

Then, the “Dexter Killer” lured his victims in. 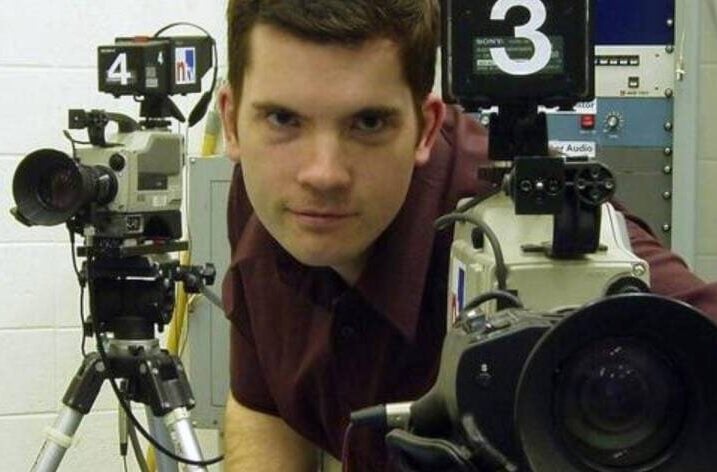 Edmonton Journal“Dexter Killer” Mark Twitchell was an aspiring filmmaker whose scripts bore a striking resemblance to his crimes.

Though Twitchell claimed that the death of Johnny Altinger in October 2008 was self-defense and that he’d only been trying to film a movie — a movie about luring men to a garage and killing them — police found a script he’d tried to delete describing the murder scene in precise, chilling detail.

This is the story of Mark Twitchell, Canada’s “Dexter Killer.”

How Mark Twitchell Became A Killer

Born on July 4, 1979, Mark Andrew Twitchell grew up in Edmonton, Alberta, Canada. He had an interest in film and graduated from the Northern Alberta Institute of Technology with a bachelor’s degree in Radio and Television Arts in 2000. According to the Edmonton Journal, he made a fan film called Star Wars: Secrets of the Rebellion that “generated buzz” online.

Along the way, Twitchell also seemed to develop an obsession with murder and death. He became especially enchanted with the American TV show Dexter, which follows the story of a blood-splatter expert who kills murderers that avoided prosecution.

Twitchell even ran a Facebook page where he wrote about the episodes from Dexter’s point of view. According to CBC, a woman who met Twitchell through the “Dexter Morgan” Facebook page testified that they shared their love for the TV show through online messages.

“We all have a dark side, some darker than others and you’re not the only one to relate to Dexter,” Twitchell wrote in one message. He added, “It sometimes scares me how much I relate.”

But no one knew — not Twitchell’s Facebook friends nor his wife, Jess — just how much Twitchell believed that he related. In October 2008, Mark Twitchell put his “dark side” into action.

The Heinous Crimes Of The “Dexter Killer”

On October 3, 2008, Gilles Tetreault drove to a garage in Edmonton, believing that he was about to meet a woman named “Sheena” whom he’d met on a dating site called PlentyOfFish. Sheena had refused to tell Tetreault her exact address, giving him only driving instructions. 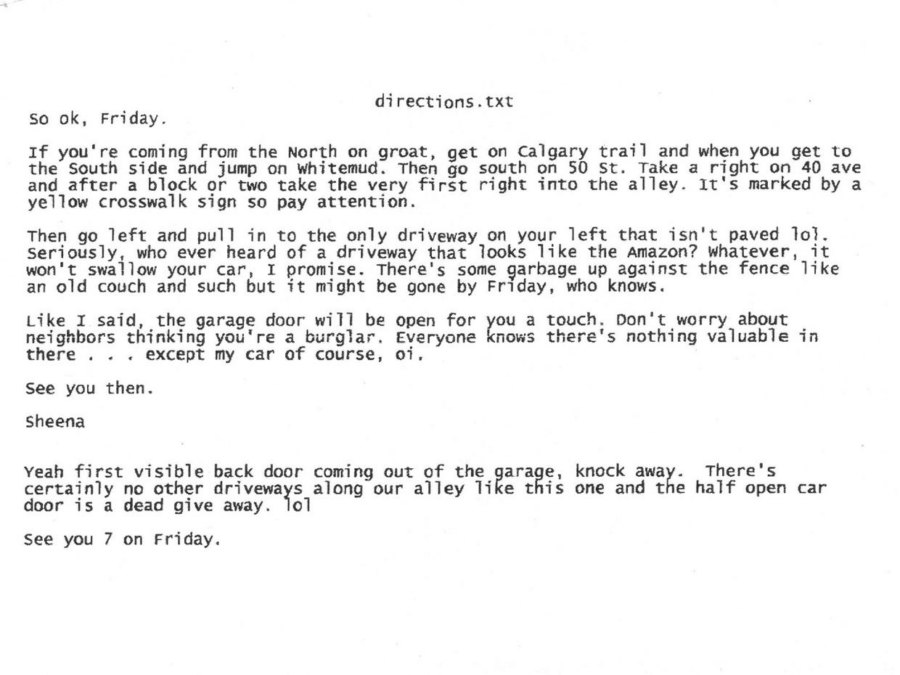 “The garage door will be open for you a touch,” Sheena had written. “Don’t worry about neighbors thinking you’re a burglar.”

But as soon Tetreault arrived, someone attacked him from behind.

“I was just really bewildered. I didn’t know what was going on,” he said in the documentary My Online Nightmare. “That’s when I looked back to see this man hovering [behind] me with a hockey mask. At that instant, I knew there was no date.”

Though his assailant had a gun, Tetreault decided to take his chances and fight back. He lunged at his assailant and grabbed his weapon — then realized that he was holding a plastic gun. After a brief scuffle, Tetreault was able to overpower his attacker and escape from the garage.

He was so embarrassed about the encounter, however, that Tetreault didn’t tell anyone about it. And a week later, another man, 38-year-old Johnny Altinger, went to meet a “date” at Twitchell’s garage.

Once again, the victim believed he had met a woman on PlentyOfFish and followed her online instructions to Twitchell’s garage. Once he arrived, police believe that Twitchell hit him over the head with a pipe, stabbed him to death, and then dismembered his body.

Just a few days later, Twitchell sent a message to his Facebook friend. “Suffice it to say that I crossed the line on Friday,” he wrote. “And I liked it.”

How The Authorities Caught Mark Twitchell 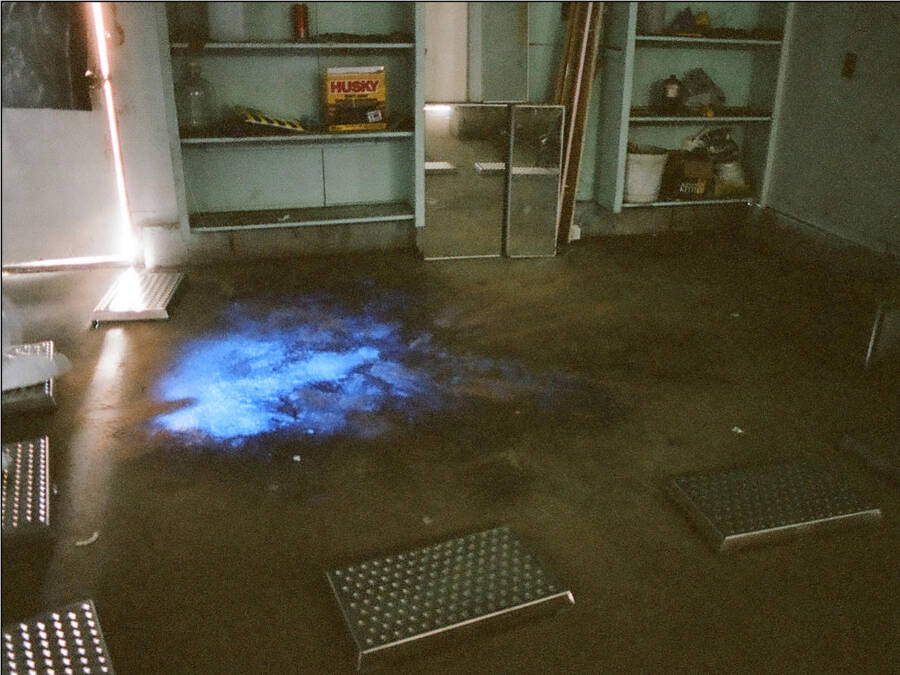 After Johnny Altinger disappeared, his friends received a strange message stating that he’d met “an extraordinary woman named Jen” who’d offered to take him on a “nice long tropical vacation.” Altinger’s friends found this highly suspicious. And since Altinger had shared the driving directions sent by his “date” before he disappeared, they reported him missing and forwarded the directions to the police.

The directions led police directly to Mark Twitchell’s door. At his garage, they found an eerily Dexter-like scene that included plastic sheets on the window, a blood-splattered table, and cleaning supplies. When they found Altinger’s blood in Twitchell’s car, they arrested him on Oct. 31, 2008.

But Twitchell claimed he could explain everything.

He told the police that he’d been filming a movie called House of Cards that just happened to be about men who were killed after being lured to a garage for a date. Later, Twitchell insisted that he’d lured Tetreault and Altinger to the garage because he thought he’d attack them and let them escape so that when his movie came out they’d come forward, thus creating “buzz.”

The plot of House of Cards might have seemed suspicious to police, but it was nothing next to a deleted file they later found on Twitchell’s computer, titled “SK Confessions.” Though Twitchell said it was just a screenplay, investigators believed that “SK” meant “serial killer” and that the document was actually a detailed account of Twitchell’s crimes.

“This story is based on true events,” Twitchell wrote. “The names and events were altered slightly to protect the guilty. This is the story of my progression into becoming a serial killer.”

In the document, he described setting up his “kill room” and gathering plastic sheeting, a steel drum “for the body parts,” as well as weapons like a butcher knife, a fillet knife, and a serrated saw “for the bones.”

The Sun additionally reported that passages in “SK Confessions” lined up almost perfectly with Gilles Tetreault’s police interview, as Tetreault had come forward with his own experience after reading about Twitchell’s arrest.

Yet Twitchell continued to make excuses. According to CBS, he admitted to killing Altinger but insisted that Altinger had become enraged when he realized that the date was a set up. As Twitchell tells it, he was forced to kill Altinger in self-defense.

A jury didn’t buy it. They found Mark Twitchell guilty of first-degree murder, and he was sentenced to a minimum of 25 years in prison.

But the question remains — was Twitchell inspired to kill by the TV show? Though he’s become known as the “Dexter Killer,” Twitchell himself denies that his crimes have anything to do with the fictional character.

In SK Confessions, he wrote that though the crimes were not a “copy-cat [of] the style of Dexter Morgan,” he still wanted to “pay homage to the character.” And to Steve Lillebuen, who corresponded extensively with Twitchell for his book, The Devil’s Cinema: The Untold Story Behind Mark Twitchell’s Kill Room, Twitchell said, “As you’re aware, Dexter has ‘almost nothing’ to do with my case. It has no bearing whatsoever on what actually happened.”

Twitchell added, “There is no… root cause… no school bully or impressionably gory movies or video game violence or… Showtime television series to point the finger at. It is what it is and I am what I am.”

Lillebuen, however, has his doubts. Talking to CBS, the author called Twitchell’s insistence that Dexter had nothing to do with his crimes “ridiculous” and “a logical disconnect.”

Maybe Mark Twitchell wanted to kill like Dexter, and maybe he didn’t. That doesn’t change the fact that his crimes, and Dexter’s fictional ones, have obvious parallels. From having a “kill room” to using “plastic sheeting” Twitchell, a self-proclaimed Dexter fan, killed like the character did.

Fortunately, it took police far less time to catch up with Mark Twitchell than it took their fictional counterparts to catch up to Dexter Morgan.

After reading about Mark Twitchell, the “Dexter Killer,” discover the story of Pedro Rodrigues Filho, Brazil’s Dexter-like serial killer. Then, read up on history’s most infamous serial killers.