Who Was Mary Boleyn, The Scandalous Sister Of Anne Boleyn?

While her sister Anne was married to King Henry VIII of England, Mary Boleyn not only had an affair with him, she may have also bore him two children. 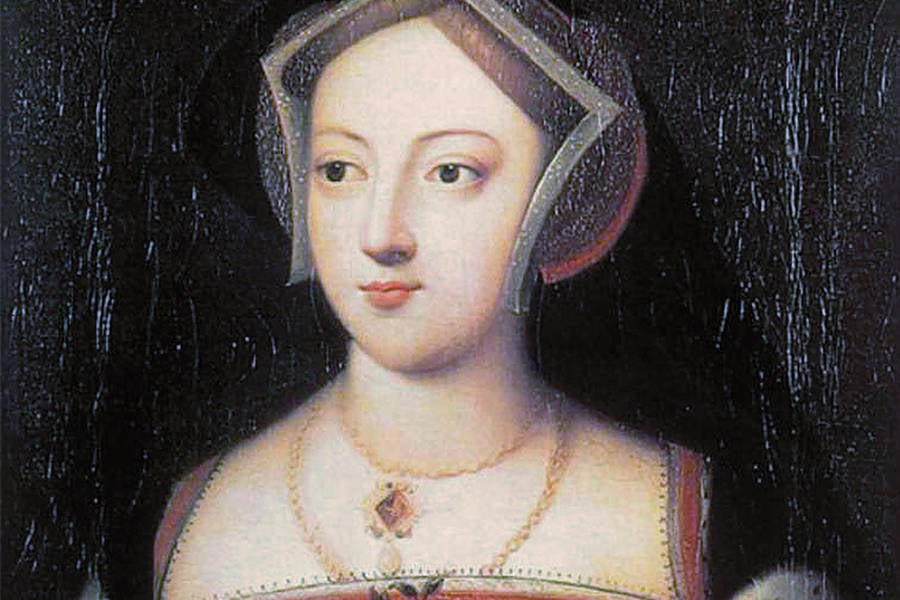 Anne Boleyn was a force to be reckoned with: a courageous and driven woman who wanted to be queen and pushed King Henry VIII to risk everything by revolting against the Catholic Church. She was eventually executed and branded a traitor. However, historians now recognize her as a key player in the English Reformation, and one of the most influential Queen Consorts ever.

But, as Anne’s place in history becomes more secure, another’s place tends to slip through the cracks. There was of course another Boleyn sister, one who came before Anne, one who was rumored to have been even more powerful and persuasive than her sister. Her name was Mary Boleyn. This is the story of the “other Boleyn girl” that all too often goes overlooked.

Mary Boleyn was the eldest of the three Boleyn children, likely born sometime between 1499 and 1508. She was raised at Hever Castle, the Boleyn family home in Kent, and educated in both feminine subjects such as dancing, embroidery, and singing, and masculine subjects such as archery, falconry, and hunting.

In the early 1500s, Mary traveled to France, to be a lady in the Queen of France’s court. Rumors followed her throughout her time in Paris, that she was engaging in an affair with King Francis. Some historians believe the rumors were exaggerated, but nonetheless, there is documentation that the king had a few pet names for Mary, including “my English mare.”

In 1519, she was sent back to England, where she was appointed to the court of Catherine of Aragon, the queen consort. There, she met her husband, William Carey, a wealthy member of the King’s court. All members of the court were present at the couple’s wedding, including the queen consort, and of course, her husband, King Henry VIII. 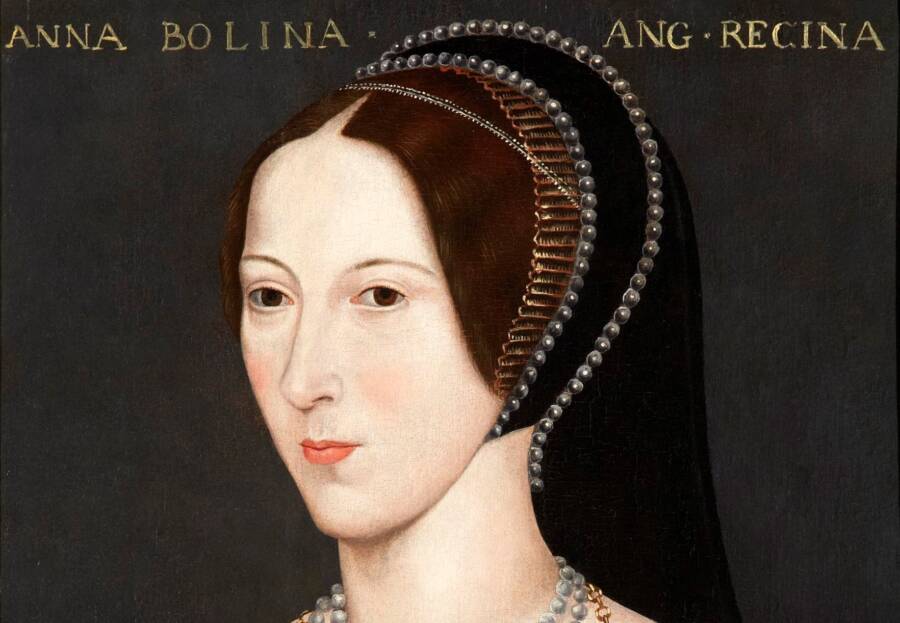 King Henry VIII, notorious for his adultery and indiscretions, took interest in Mary immediately. Whether interested in the rumors of her previous royal fling or interested in her herself, the King began courting her. Soon, the two were caught up in a very public affair.

Though it was never confirmed, some historians believe that at least one, if not both of Mary Boleyn’s children were fathered by Henry. Her firstborn was a son, a boy she named Henry, though his last name was Carey after her husband. Had the king fathered the child, he would have been an heir – albeit an illegitimate one – to the throne, though the child of course never ascended.

Mary’s father and her husband, however, did ascend to power, likely as a result of the king’s infatuation with Mary. William Carey began receiving grants and donations. Her father rose through the ranks at court, moving eventually to Knight of the Garter and Treasurer of the Household. 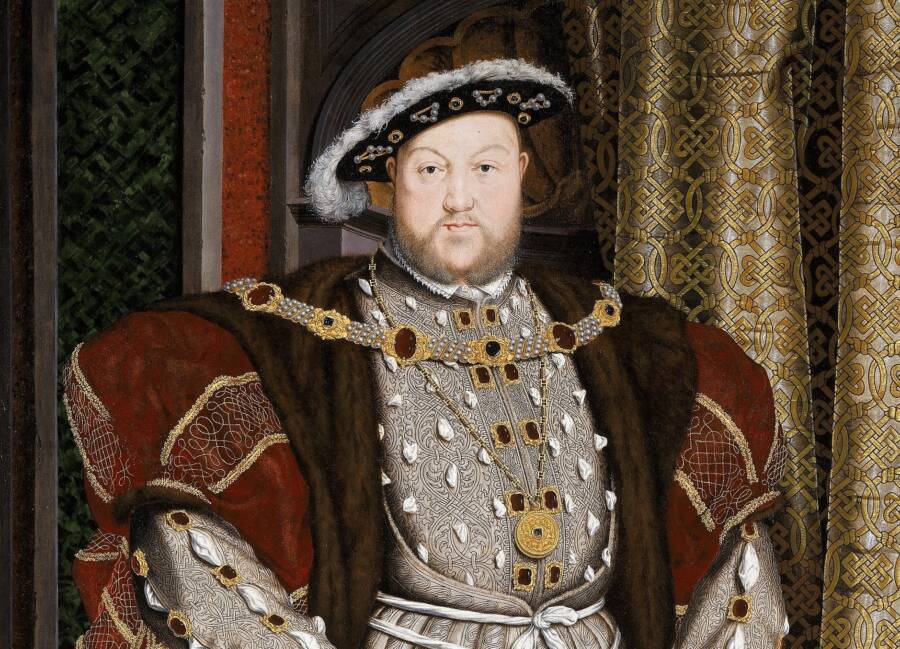 Wikimedia CommonsKing Henry VIII, husband of Anne Boleyn and ruler of England from 1509 to 1547.

Unfortunately, there was one Boleyn who was not benefitting from Mary’s affair with the king – her sister Anne.

While Mary was pregnant and on bed rest with her second child, the king became bored with her. Unable to continue their relationship while she was ill, he cast her aside. He began gaining interest in other ladies of the court, a chance which Anne jumped at.

However, she had learned from her sister’s mistakes. Rather than become the king’s mistress, and potentially bear an heir that had no real claim to the throne, Anne played a medieval game of hard to get. She led the king on and vowed not to sleep with him until he divorced his wife and made her queen.

Her game forced Henry to break from the Catholic Church after he was refused an annulment from his first marriage. At Anne’s behest, he formed the Church of England, and England began to undergo the English Reformation.

The Later Life And Often-Overlooked Legacy Of Mary Boleyn 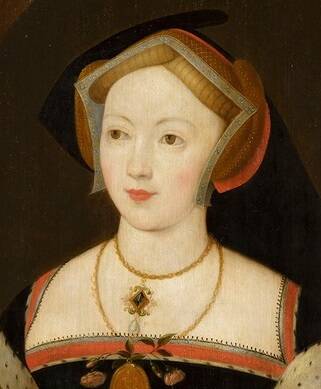 Royal Collection TrustA portrait of Mary Boleyn only identified in 2020.

However, while her sister and her former lover were reforming the country, Mary’s first husband was dying. Upon his death, Mary was left penniless, and forced to enter the court of her sister, who had since been crowned queen. When she married a soldier, a man far below her social standing, Anne disowned her, claiming that she was a disgrace to the family and to the king.

Some historians believe that the real reason that Anne disowned Mary Boleyn was that King Henry had once again begun his affair with her. Some think that Anne was worried that since she had only born him a daughter, and not yet a son, that she would be cast aside as her sister had before her.

After banishing her from the court, the two sisters never reconciled. When Anne Boleyn and her family were imprisoned later, for treason in the Tower of London, Mary reached out but was turned away. It is said that she even called on King Henry himself to request an audience with him, to save her family. In the end, of course, it seemed that whatever relationship they had had in the past was not enough to save her family.

After Anne was famously beheaded, Mary Boleyn dissolved into relative obscurity. Records show that her marriage to the soldier was a happy one and that she was cleared of any involvement with the rest of the Boleyns.

For the most part, history has cast her aside, much like King Henry VIII did. However, like her sister Anne did, it would do well to remember the power she once wielded, and how that power turned out to be the catalyst for one of the most tumultuous of Henry VIII’s many ill-fated marriages.

After learning about Mary Boleyn, read about all the wives of Henry VIII and their fates. Then, read about another famous royal scandal involving King Edward VIII.