If the prehistoric mastodon fossil hadn't been found when it was, it might have dried out and crumbled. 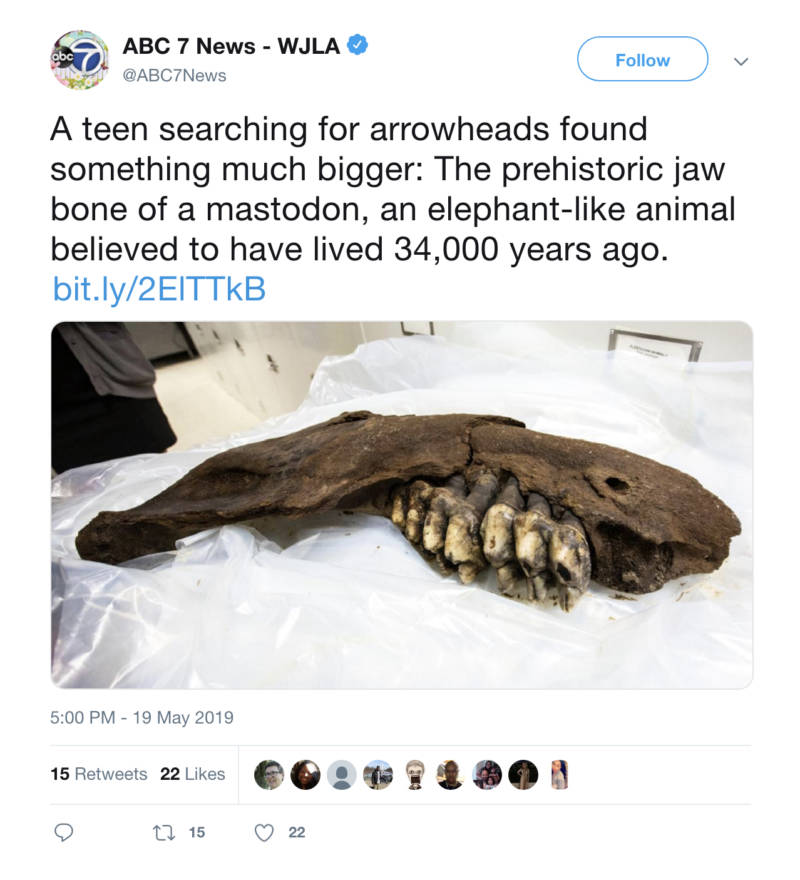 A teenager went looking for arrowheads on a friend’s farm in Iowa. Instead, he found the bones of a 34,000-year-old mastodon — an elephant cousin that went extinct 10,000 years ago.

According to the Iowa City Press-Citizen, the jaw bone, which measures 30 inches long, belonged to a juvenile mastodon — an elephant-like animal believed to have roamed Iowa tens of thousands of years ago.

Researchers at the University of Iowa’s Paleontology Repository, where the bones are now being stored, believe that the bone belonged to a young mastodon that likely stood around 7 feet tall. The prehistoric remains have been tucked away in the cabinets of the university’s Trowbridge Hall.

The curious teen discovered the bone near a creek.

“He cradled the fossil in his arms, which is very heavy, and carried it up to the farmhouse,” Tiffany Adrain, the special collections manager and sole full-time employee at the UI’s Paleontology Repository, told VICE. “The landowners already knew what to do. They wrapped it up in plastic to keep it wet and they sent us an email.”

“We were incredibly lucky that the student had been walking up and down the creek because the jaw bone can’t have been there for very long,” said Adrain. 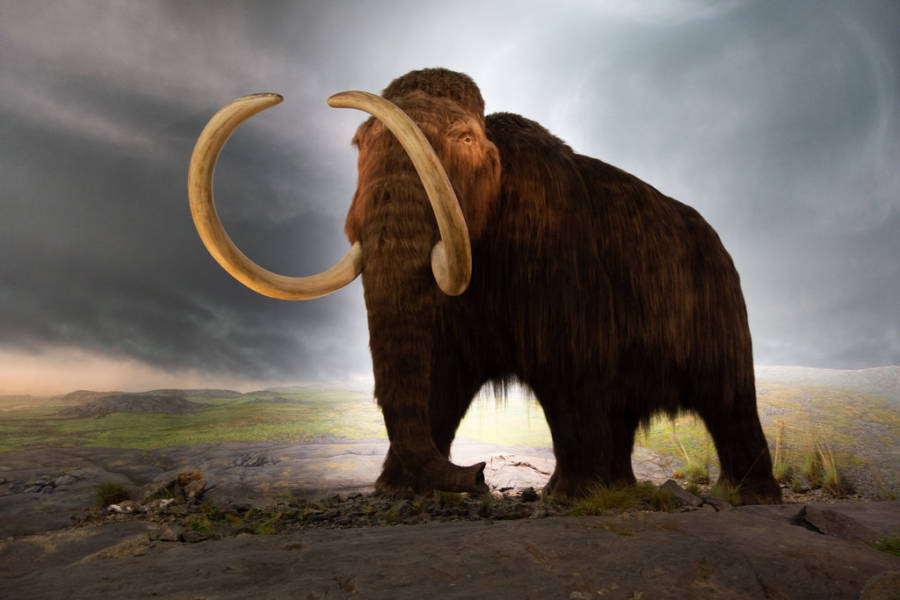 Amazingly, the specimen is in such great condition that when it was found it still retained the qualities of regular bones and was mostly intact. If the fossil had been exposed in the sun for too long it would have dried out and crumbled.

Mastodons are distant relatives of the modern elephant, and as such, share traits with them and with woolly mammoths. Male mastodons were sometimes taller than 9 feet with tusks exceeding 16 feet in length. Like their elephant cousins, they had floppy ears and long snouts.

The farm owners donated the remains to the repository anonymously, as they wanted to avoid encouraging other people to go bone-hunting on their property. They came across other mastodon remains on their property while they were fishing 30 years ago. 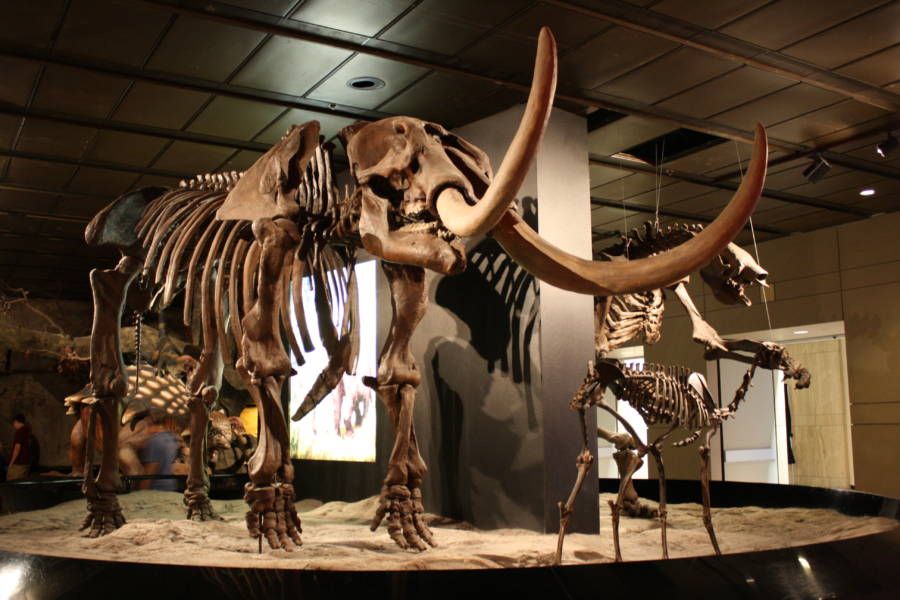 Wikimedia CommonsA mastodon skeleton on display at the Houston Museum of Natural Science. Until about ten thousands years ago, mastodons roamed North America.

As such, the university’s Paleontology Repository is home to an impressive collection of fossils, including many well-preserved teeth specimens. Twelve years ago, the Iowa Geological Survey (IGS), found the remains of 6-foot-long sea scorpion — which turned out to be a new species. The scorpion was found in a crater created by a meteorite 475 million years ago.

“I think people are finding stuff all the time,” Adrain said. “Maybe they are out canoeing or fishing on a bank. Farmers, in particular, on the land can spot things pretty easily.” She added that these type of remains are quite common, especially along the Iowan waterways. She hopes that someone will be able to donate some saber-tooth cat fossils someday.

Because findings have been fairly frequent, one might say that the collection at the repository has been a community effort. The institute receives many donations of bones found by unsuspecting Iowans, researchers, and even young high school students. In the early 2000s, the center received a particularly large donation: a prehistoric fossil that weighs 10 tons.

There are more than a million specimens housed at the repository. So far, about 148,000 of them have been catalogued with help from local high school and college students.

Adrain says the easiest way to come across your own set of prehistoric bones is to be on the lookout at all times. “If you’re ever walking around in the countryside, you never know what you might find,” she says. “Keep an eye out.”

Now that you’ve read about the 34,000-year-old mastodon teeth uncovered by an Iowa teenager, learn the story of the 1,000-year-old treasure that belonged the Danish King Harald Bluetooth and was discovered by a 13-year-old. Then, read why cavemen’s teeth were healthier than ours.