Officials are calling the site that was unearthed in the path of the Maya Train project "Paamul II." 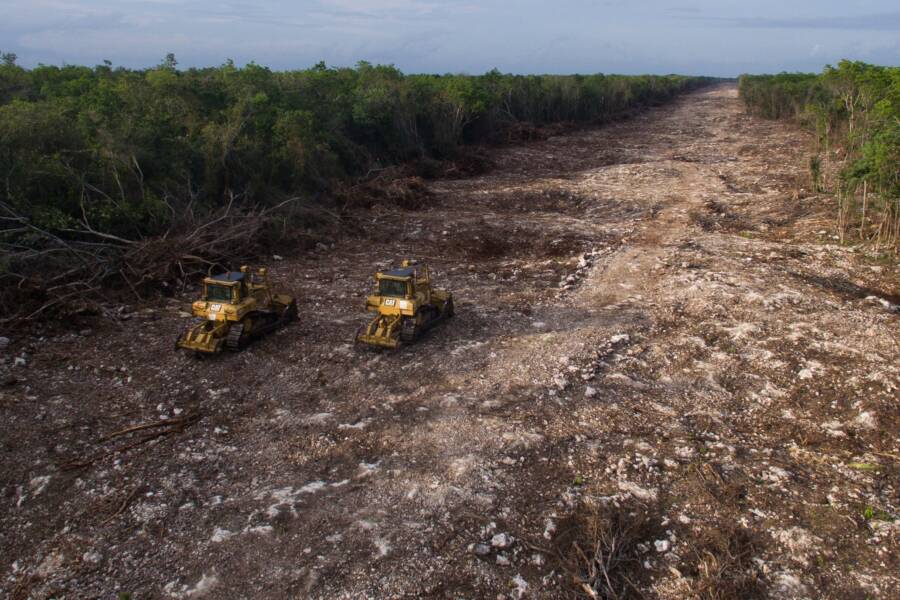 PEDRO PARDO/AFP via Getty ImagesAn aerial view of the construction along section five of the Maya Train project, where environmentalists fear significant damage.

Construction of Mexico’s $8 billion Maya Train project began in 2020, and it’s been struggling to lay tracks across the Yucatán peninsula in the face of significant environmentalist opposition. But now, it’s also led to an amazing archaeological discovery.

During a news briefing last Thursday, Diego Prieto, director of Mexico’s National Institute of Anthropology and History (INAH) revealed to the press that an archaeological survey along section five of the railroad construction, between Playa del Carmen and Tulum, has unearthed an ancient Maya city.

More than 300 buildings have been discovered in the area, some of which are more than 26 feet tall.

He also presented information on the findings, including schematic maps of what researchers believe the settlement may have looked like, ARTnews reported.

“Engineering adjustments are being made to the southern part of section five in order to protect an impressive archaeological site that we’ve [named] Paamul II,” Prieto said.

Additionally, only 11 percent of the archaeological review is complete along section five — meaning there may be more to uncover.

Divers are also working to “recover very valuable material” and “assist the safety of the work in this section,” Prieto said, referring to the subterranean rivers and cenotes (natural sinkholes) in the vicinity.

Among the divers’ findings so far is a substantial amount of Pleistocene (Ice Age) fauna in the caverns.

The site is also set to be protected as an ecological and archaeological corridor, and many of the relics will be displayed in museums — including a new one reserved just for “Maya Train discoveries.” 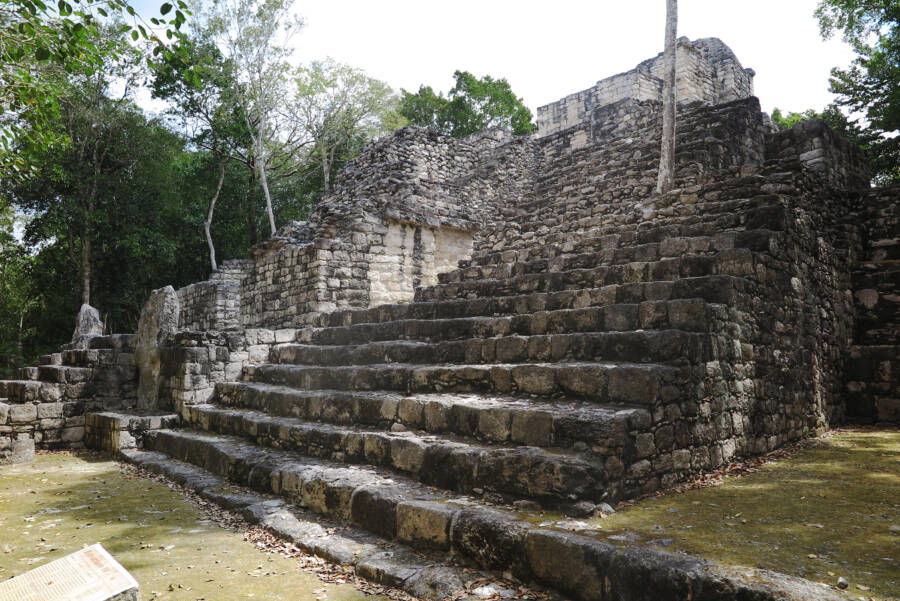 Andrea Sosa/picture alliance via Getty ImagesA Maya pyramid in Calakmul in southeastern Mexico, another stop along the Maya Train route.

Per Artnet, the Maya Train project began as a way to connect Yucatán’s historical sites — and encourage tourists to see more of the country beyond their all-inclusive resorts.

Alstom, the company in charge of handling the project, called it “one of the most important infrastructure works in the history of Mexico’s rail network … preserving natural areas, ecosystems and the environment, promoting tourism, and safeguarding local indigenous cultures.”

So far along the sections of the railroad, over 25,000 so-called “immovable assets” have been uncovered, including ancient roads, 431 ceramic pots, and 423 bones from human burials.

Environmentalists, however, have expressed fears that construction of the railroad will have the opposite effect.

Earlier this year, the Mexican government readjusted the railroad’s route, moving it further inland after the business community in Playa del Carmen voiced complaints about the railroad’s originally-intended route through the city. 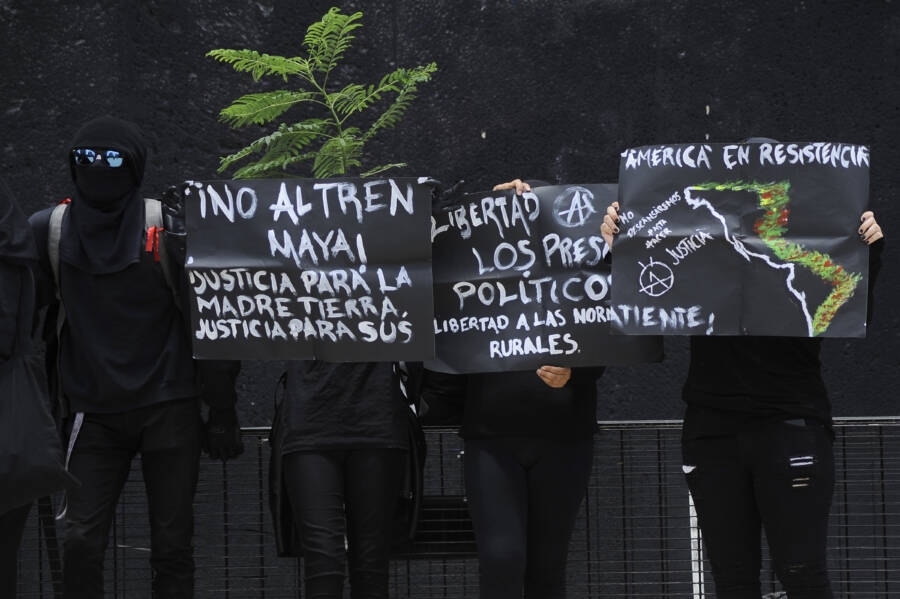 Ricardo Castelan Cruz / Eyepix Group/Future Publishing via Getty ImagesThe destruction of virgin forests in Yucatán has caused waves of protest in different parts of the country.

“Below, in the subsoil, we have caverns, subterranean rivers and cenotes, and above there is a jungle with boundless flora and fauna such as jaguars,” she said.

Previously, the group shared videos of the deforestation in the vicinity of Playa del Carmen, showing the devastating environmental impact.

For now, though, railroad construction is on hold while the archaeological survey commences. Officials say the train is still planned to be operational in December 2023.

After reading about the fascinating new discovery in Mexico, learn about the ancient city that may have had as many buildings as Manhattan. Then, read about the Viking runestones that prophesize an ominous climate change.