In the depths of the Hoyo Negro pit, 180 feet below sea level, a diving team has successfully recovered the skulls, jaw bones, and other remains of two long-extinct Ice Age species. 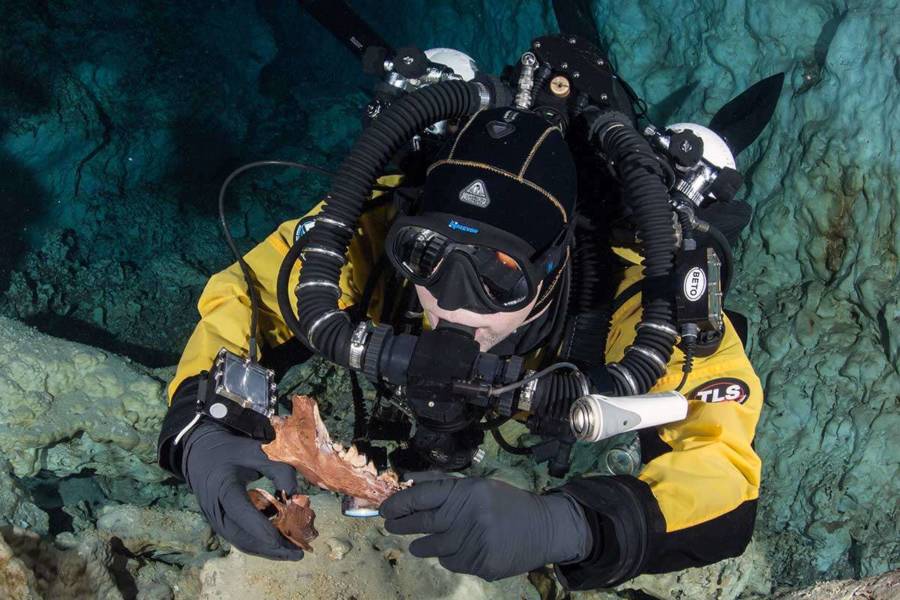 The Sac Actun cave system in Mexico’s Yucatán Peninsula has served as a treasure trove of ancient remains since 2007 when researchers found the skull and bones of a teenage girl who lived in its submerged Hoyo Negro pit around 12,000 years ago. Now, according to LiveScience, more revelations are coming to the surface 12 years later, including the bones of two long-extinct animals from the Ice Age: the short-faced bear (Arctotherium wingei) and the wolf-like Protocyon troglodytes.

The finds shed some fascinating light on the relationships between ancient humans in the area and the animals around them. It seems apparent that wildlife as seemingly threatening as a bear and a wolf actually co-habited this space with humans of the time.

Published in the journal Biology Letters, the study suggests that these animals fell to their deaths in this cave which lies 180 feet below sea level. Most fortunate, perhaps, was the fact that their bones were in pristine condition precisely because of this — as Mexico’s hot and humid climate would’ve otherwise eroded any remains.

“You can get a probe into the past that you don’t ordinarily expect to get, and that’s the great thing about these caves in the Yucatán,” explained Ross MacPhee, curator of mammalogy and vertebrate zoology at the American Museum of Natural History in New York City.

Additionally, this diving expedition and its findings have shed new light on the two species in general. It was previously believed that these meat-eaters were indigenous to South America but this discovery proves that they also lived much further north.

Divers found tapir, saber-toothed cat, cougar, and ancient elephant bones during their 2007 excavation here as well. The fact that the last Ice Age resulted in rising sea levels was a lucky break. These caves essentially became the perfect low-oxygen environments for bone preservation.

“Typically as a paleontologist, if I’m going on a caving trip looking for Ice Age animals, I’m lucky to find a tooth,” Blaine Schubert, the study’s lead paleontologist and executive director at the Center of Excellence in Paleontology at East Tennessee State University, told NewScientist. 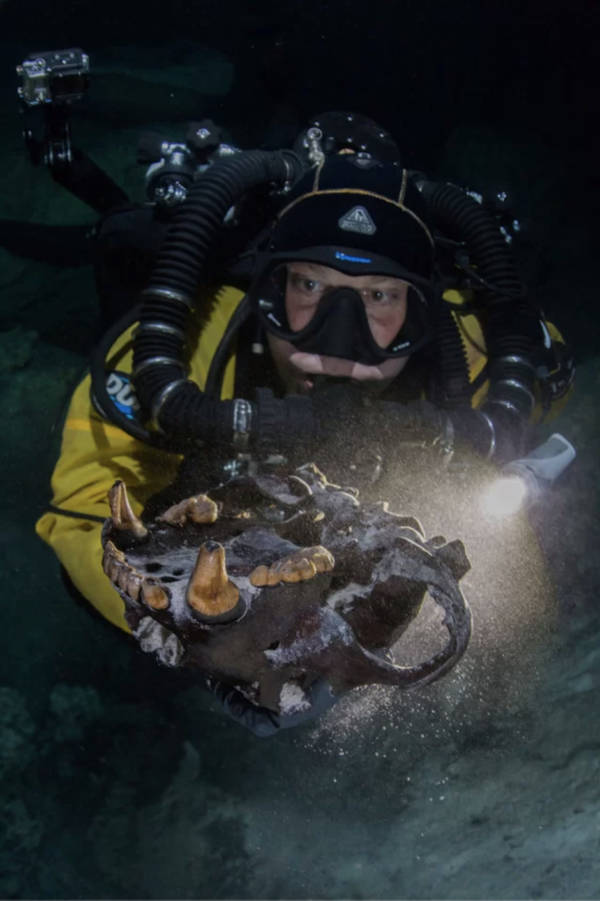 Schubert said seven bones belonging to the short-faced bear and the bones of one — possibly two — wolf-like Protocyon have been successfully secured thus far. All recovered fossils have since been dated to the late Pleistocene, placing them back about 11,300 years.

For Schubert, the fact that these species have been found outside of South America isn’t even the most shocking aspect of this discovery, but rather it’s that there’s no better record of these species than this one to date. 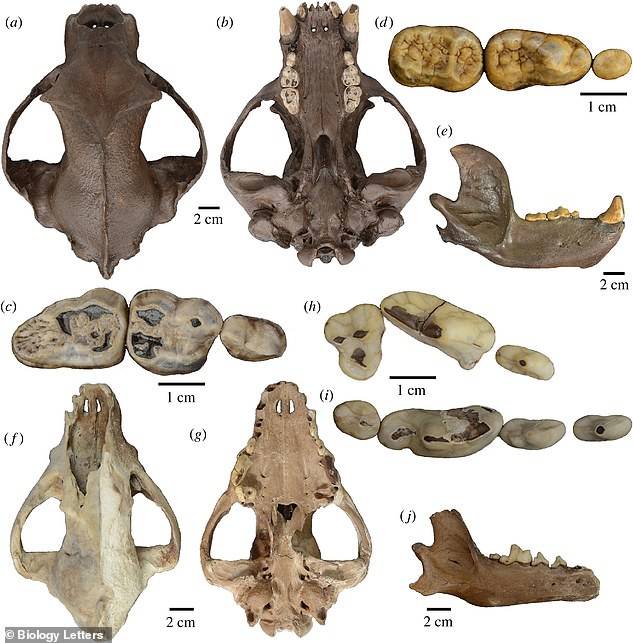 There’s good reason why this expedition has resulted in such surprising, unexpected reactions from the scientific community.

The Great American Biotic Interchange, which connected North and South America, is believed to have occurred around 2.5-3 million years ago. This new tectonic reconfiguration saw wide swaths of animals cross over into new territories — namely, the North American short-faced bear and the wolf-like Protocyon.

The two species moved south and evolved into the new species discovered in Hoyo Negro. As such, researchers and paleontologists have been stunned to find these two ancient species outside of South America. This particular site, for clarity, is around 1,200 miles away from their known habitat.

“We had no record of these animals making it back across the isthmus again until now,” said Schubert.

Next up, read about the extinct cave lion species scientists are trying to bring back to life. Then, learn about the oldest bracelet ever found.