What Happened To Shelly Miscavige? Inside The Mysterious Disappearance Of Scientology’s ‘First Lady’

Michele Miscavige, the wife of Scientology leader David Miscavige, hasn't been seen in more than a decade. There's plenty of cause for concern.

In August 2007, Michele “Shelly” Miscavige — the so-called “First Lady of Scientology” and wife of David Miscavige, the religion’s leader — attended her father’s funeral. Then, she mysteriously disappeared.

To date, what exactly happened to Shelly Miscavige remains unknown. Though rumors abound that she was sent to one of the organization’s secretive camps, Scientology spokespeople insist that their leader’s wife is merely living out of the public eye. And the Los Angeles Police, called to look into her disappearance, also concluded that no investigation was necessary.

Yet Shelly Miscavige’s continued absence has continued to raise questions. Her disappearance has triggered an examination of her life, her marriage to David Miscavige, and the inner workings of Scientology itself.

Who Is Shelly Miscavige? 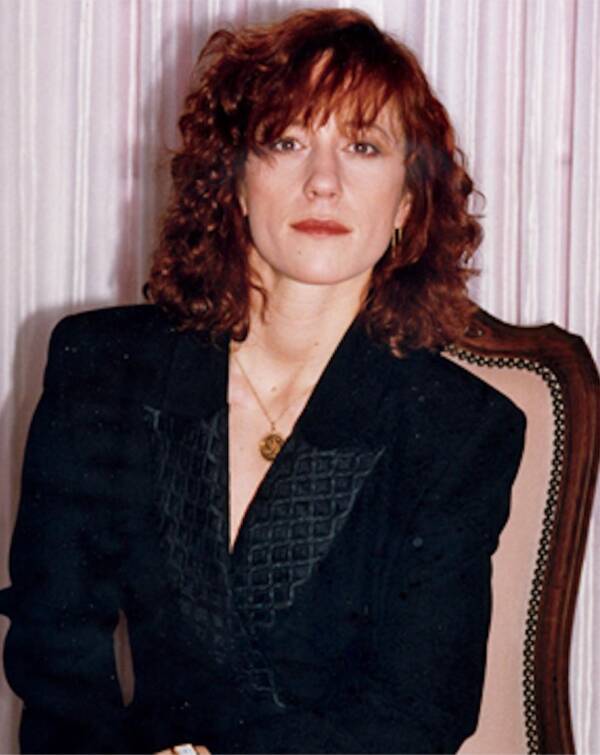 Born Michele Diane Barnett on January 18, 1961, Michele “Shelly” Miscavige’s life was intertwined with Scientology from the beginning. According to Vanity Fair, her parents were ardent adherents of Scientology who left Miscavige and her sister in Scientology founder L. Ron Hubbard’s care.

In that capacity, Miscavige spent most of her childhood aboard Hubbard’s ship, the Apollo. Starting at the age of 12, Miscavige worked within a subset of Hubbard’s Sea Org. Membership called the Commodore’s Messengers Organization. She and other teenage girls helped take care of Hubbard, the Commodore himself.

But though one of Miscavige’s shipmates remembered her as “a sweet, innocent thing thrown into chaos,” in Lawrence Wright’s Going Clear: Scientology, Hollywood, and the Prison of Belief, others recall that Miscavige never quite fit in with the other girls.

“Shelly was not one to step out of line,” Janis Grady, a former Scientologist who knew Shelly in childhood, told The Daily Mail. “She was always kind of in the background. She was very loyal to Hubbard but she was not one that you could say, ‘Take this project and run with it,’ because she wasn’t experienced enough or had enough street smarts about her to make her own decisions.”

Regardless of her abilities, Shelly soon found a partner who believed in Scientology as much as she did — the volatile and passionate David Miscavige, whom she married in 1982. But as David rose in power — eventually coming to lead the organization — Shelly Miscavige found herself in danger, according to former Scientology members.

“The law is: The closer to David Miscavige you get, the harder you’re going to fall,” Claire Headley, an ex-Scientologist, told Vanity Fair. “It’s like the law of gravity, practically. It’s just a matter of when.”

The Disappearance Of Scientology’s ‘First Lady’ 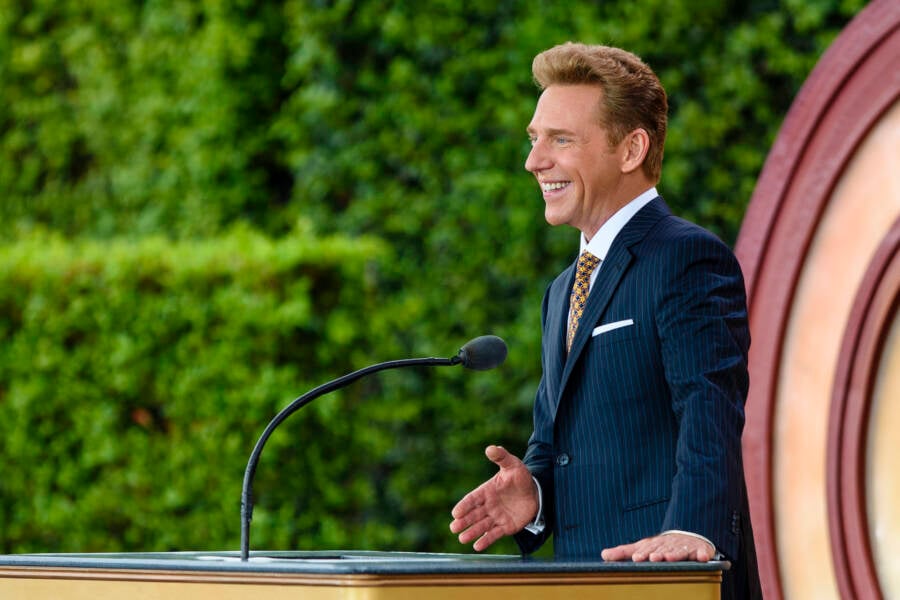 Church of Scientology via Getty ImagesShelly Miscavige used to attend events with her husband, David, pictured here in 2016, before she disappeared.

By the 1980s, Shelly Miscavige’s loyalty to Scientology seemed unshakeable. When her mother died of suicide — which some doubt — after joining a Scientology splinter group that her husband despised, Miscavige allegedly said, “Well, good riddance to that bitch.”

Meanwhile, her husband David had ascended to the pinnacle of the organization. Upon L. Ron Hubbard’s death in 1986, David became Scientology’s leader, with Shelly at his side.

As Scientology’s “first lady,” Shelly Miscavige took on many duties. She worked with her husband, completing tasks for him and helping to dull his temper when he raged at other members. According to Vanity Fair, she even reportedly led the project to find a new wife for Tom Cruise in 2004. (Cruise’s attorney denies that any such project took place.)

However, some say that David and Shelly Miscavige had an odd, affectionless marriage. Former Scientology members told Vanity Fair and The Daily Mail that they never saw the couple kiss or hug. And in 2006, they claim, Miscavige fatefully crossed her husband for the last time.

According to former Scientology insiders, Shelly started working on a project in late 2006 that would prove her undoing. She restructured Sea Org.’s “Org Board,” which many had already failed to revise to David’s satisfaction.

After that, the First Lady of Scientology seemed to suffer an alarming fall from grace. Michele Miscavige attended her father’s funeral in August 2007 — and then vanished entirely from the public eye.

Where Is Michele Miscavige Today? 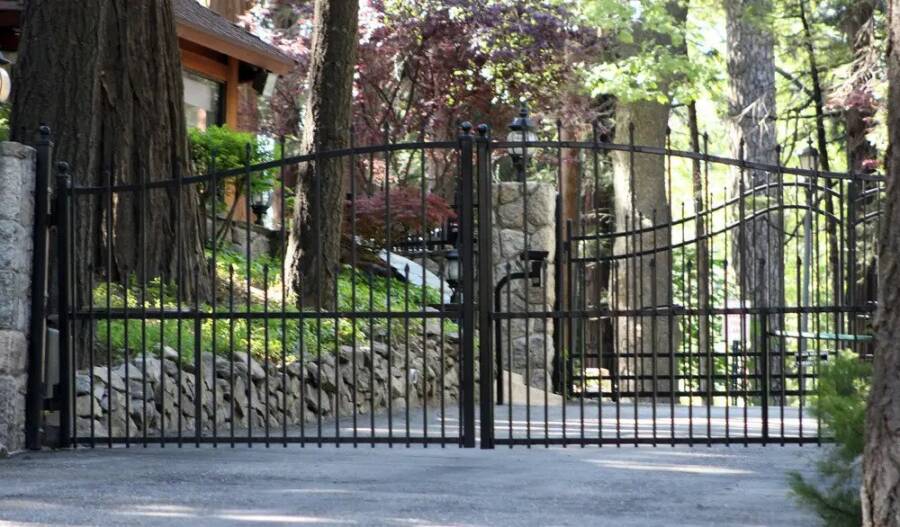 Angry Gay PopeThe entrance of the Scientology compound called Twin Peaks, where some speculate that Shelly Miscavige is being held.

As the years passed, some began to grow concerned about the whereabouts of David Miscavige’s wife. When she failed to attend Tom Cruise and Katie Holmes’ wedding at the end of 2006, then-member Leah Remini asked aloud, “Where’s Shelly?”

No one knew. Several media outlets, however, have speculated that Shelly Miscavige is being held at a secretive Scientology compound called Twin Peaks. There, she may be undergoing “investigations,” which include confessions, repentance, and submission. She may be held there at her husband’s command, or she may have chosen to stay.

Either way, Shelly Miscavige has disappeared from the public eye. And some former members like Remini — who left Scientology in 2013 — are determined to find out what exactly happened to her.

According to People, Remini filed a missing person’s report on Shelly’s behalf shortly after she left Scientology in July 2013. But Los Angeles Police Department Detective Gus Villanueva told reporters: “The LAPD has classified the report as unfounded, indicating that Shelly is not missing.”

Villanueva even said that detectives had met with David Miscavige’s wife in person, though he couldn’t say where or when. But even if police had met with Shelly, some former members say that she would not have been able to speak out in her own defense.

In any case, official Scientology spokespeople insist that nothing is wrong. “She is not a public figure and we ask that her privacy be respected,” a spokesperson told People. Remini’s missing person’s report, Scientology officials added, was “nothing more than [a] publicity stunt for Ms. Remini, cooked up with unemployed anti-zealots.”

As such, the mystery of David Miscavige’s wife Michele Miscavige’s location continues. Is she being held against her will in a secretive compound? Or has she decided to merely step out of public life for her own, personal reasons? Given the secrecy of Scientologists, the world may never know for sure.

After this look at Shelly Miscavige, the wife of David Miscavige, have a look at some of the strangest Scientology beliefs. Then, read about Bobby Dunbar, who disappeared and came back as a new boy.