Mick Ohman was stranded for two days in the Arizona desert with a broken-down car, half a water bottle, a rotten sandwich, two beers, and crackers.

Instead, less than two days after he had set out from Phoenix, he found himself hot, hungry, and thirsty, recording a video in which he wished his loved ones goodbye.

After his Google Maps led him down a boulder-filled road to avoid highway traffic, Ohman’s car broke down around 3 p.m. on July 27. His car was leaking fluid from a shredded transmission and wouldn’t budge. 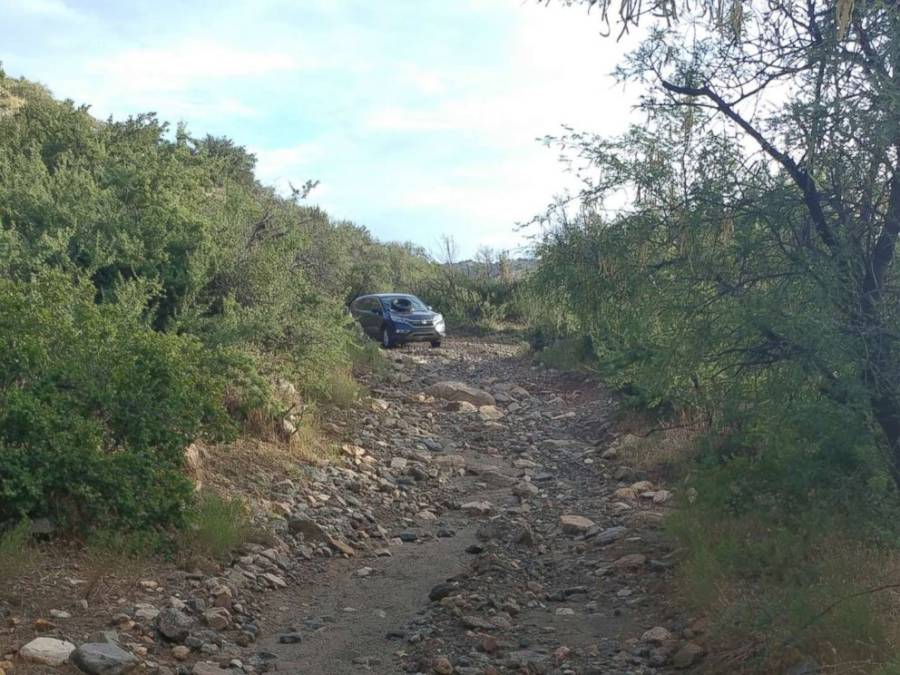 He hiked for hours looking for cell service in the brutal Arizona heat, leaving notes on his SUV that explained his situation and gave his cell number, home address, and the direction he had walked.

All he had was a half-filled water bottle, two beers, a spoiled sandwich, and some crackers.

Feeling pretty thirsty after a day in the heat, Ohman said he even resorted to drinking his own urine.

“I’ve really never felt that thirsty before,” he told ABC news. “When I tried to swallow I couldn’t. My throat stuck together. I had to urinate and I did… and I was surprised it wasn’t as obnoxious as I thought it would be. The temperature was what got me, as warm as it was.”

That choice, Ohman says, is the only reason he made it through that first night.

On the second day in the desert, he went out in search of water and found a small stream. He said it was the sweetest water he had ever tasted and he drank it until he was nauseous. 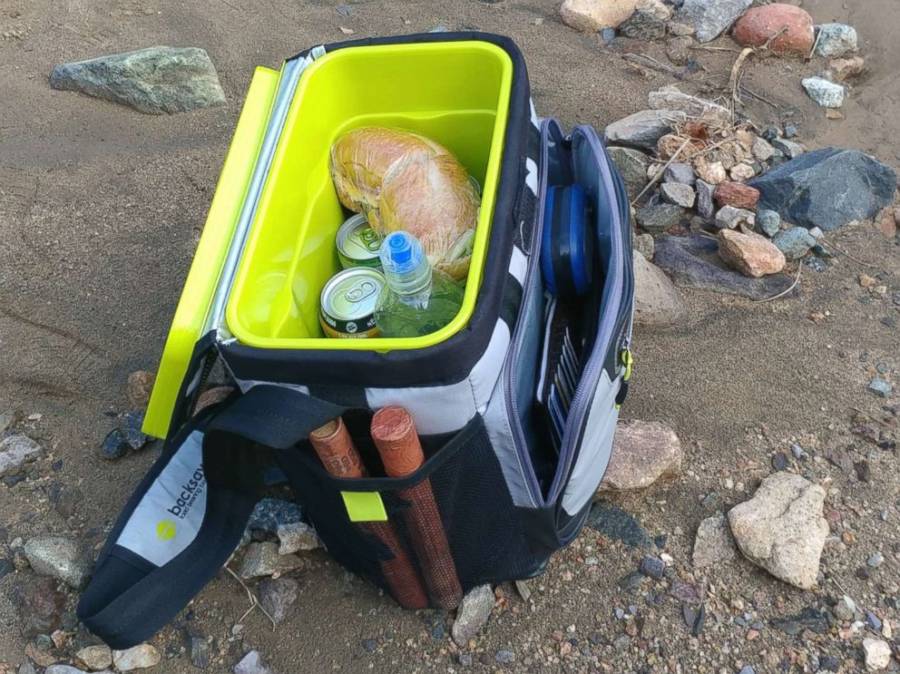 Ohman’s lunch from the desert.

Back at the car, Ohman arranged small boulders in the shape of an “H” to signify he needed help to anyone above. He shot a gun in the air and tried to start a fire, though it wouldn’t light.

At the end of day two, monsoon rains began to fall and Ohman recorded another video in which he was happier and hydrated.

“It’s coming down pretty nice,” he says in the recording.

On day three, he set out from his car once again to find help.

“All of a sudden, up over the horizon, Troy appeared,” he later recalled.

Troy Haverland is a dirt biker who happened upon Ohman and gave him an hour-long ride back to civilization — more than 48 hours after he had set out for lunch.

“I’m screaming in his ear the whole way, ‘You know, today you can say you saved a life,” Ohman said.

Haverland took Ohman to the Maricopa County Sheriff’s Office in Lake Pleasant. The fire department was called to evaluate Ohman, who then decided he didn’t need further medical treatment.

The deputies gave him a ride back to his home in Phoenix and alerted the local Sherriff’s Office that they would need to help Ohman find his car.

Ohman said he hopes his story can help others take more precautions when they’re dealing with a harsh environment like the Arizona desert. (For example: Let someone know that you’ll be alone in the dessert.)

“Mistakes can happen, and the small little mistakes all lined up to make that perfect storm,” he told the Arizona Republic. A newly converted Christian, he credits God with getting him out alive. “I really feel that there was something special going on out there and maybe my story can help somebody else.”

Next, read about the man who survived for 47 days on salt and water in the Himalayas.