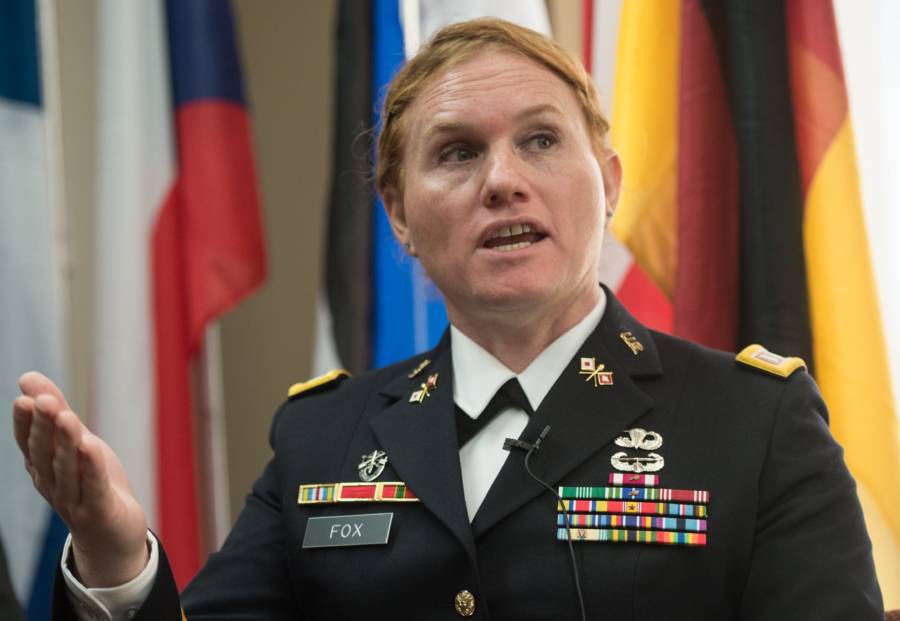 NICHOLAS KAMM/AFP/Getty ImagesTransgender US Army Reseve Captain Sage Fox speaks during a conference entitled “Perspectives on Transgender Military Service from Around the Globe” organized by the American Civil Liberties Union (ACLU) and the Palm Center in Washington on October 20, 2014.

This week, the Pentagon will begin paying for gender reassignment treatments and surgeries for eligible military personnel.

Following the announcement of this initiative back in June, treatment for eligible soldiers among the estimated 1,320 to 6,630 transgender troops in active duty (out of 1.3 million troops total) will now begin.

What makes a soldier eligible to receive treatment? According to Department of Defense protocol, one’s ability to serve must be hindered by a “medical condition…related to their gender identity” (namely, gender dysphoria) and treatment must be approved by a military medical provider.

This expenditure has elicited substantial outrage from some over the Pentagon’s new initiative. “I think this is a gross misuse of military medical dollars that should be used to make our military forces deployable or to help those who are wounded or injured while they are deployed,” said Ron Crews, a military veteran and the executive director of Chaplain Alliance for Religious Liberty.

However, proponents of the Pentagon’s new transgender policy argue that these costs will not be as bad as some fear. According to Aaron Belkin, director of the Palm Center, a public policy organization centered on LGBT matters, “transition-related care has been proven to mitigate serious conditions including suicidality that, left untreated, impose costs.”

Whatever the final costs may be, the Pentagon is now forging ahead. For one, the Army recently promised that it would provide gender reassignment surgery for Private Chelsea Manning, now serving 35 years in prison for handing over about 750,000 classified and/or sensitive documents to WikiLeaks in 2010.

While gender reassignment surgeries — especially in high-profile cases like Manning’s — have generated the most headlines, these treatments are but one part of the Pentagon’s sweeping new policy on all transgender matters. Among other things, this policy dictates that transgender personnel may now serve openly without fear of discharge, itself a monumental step for this long beleaguered group.

Next, see what it’s like to be transgender in the military. Then, discover five realities of being transgender that you won’t see on TV.