Mir Jafar: The General Who Betrayed India And Opened The Door To British Rule 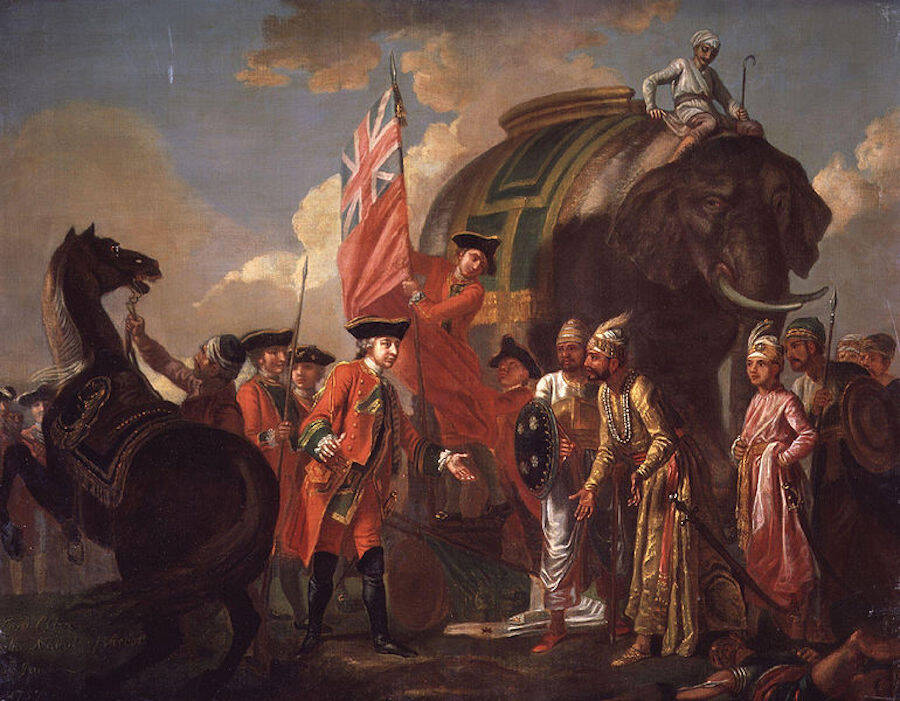 Wikimedia CommonsA depiction of Mir Jafar and Robert Clive after the Battle of Plassey in 1757.

With a single act of treachery, Mir Jafar helped set the stage for nearly 200 years of British rule in India.

History is rarely decided by individuals, but sometimes one person’s actions at the right moment can decide the fate of millions. Mir Jafar was a man whose political ambition and fateful betrayal of India allowed the country to become one of the world’s largest and most oppressive empires.

This is the story of a man whose name is synonymous with “traitor” in India even today.

Mir Jafar was born in the late 17th century. Not much is known about his early life, but as an adult he served as a major general of the Bengal crown. Well-connected in politics, he hungered for more power and steadily plotted to take the throne.

From the 16th century until the 18th century, Bengal (modern-day Bangladesh) had been loosely under the rule of the Mughal Empire, a tottering dynasty that was winding down after years of prosperity.

This decline was in large part due to poor leadership and invasions from other nearby countries. With the empire weakened, European merchants saw an opportunity to capitalize on the fractures — especially the British.

The English East India Company had already formed as a way to exploit trade with Asia as early as 1600. But it was about to become much more heavily involved in politics — and British imperialism.

By 1756, the Seven Years’ War had broken out between Britain and France. The two countries were in the midst of an intense imperial struggle, so it’s not surprising that French and British agents in India lashed out at each other as well.

Meanwhile, Siraj ud-Daulah, the Nawab of Bengal, tried to navigate the murky political waters by aligning with French allies. But he never realized how many knives were pointed at his back — until it was too late.

The Battle Of Plassey 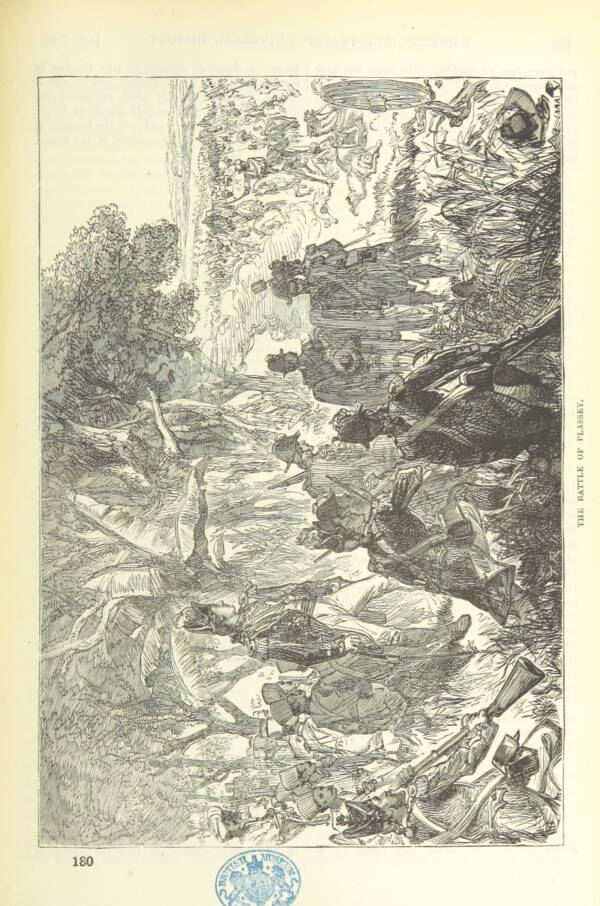 British MuseumA depiction of the Battle Of Plassey.

The East India Company was headquartered in Calcutta, which had been granted to them by a previous Bengali nawab. They had built it into a sizable trading town, and even designed a fort to protect their interests there.

Siraj tried to target European companies and reduce their trading privileges. When they refused, he occupied the city.

The man who responded to this attack was British Lieutenant-Colonel Robert Clive. When he set out to attack Siraj at a village called Plassey, he had only about 3,000 men under his command. Meanwhile, Siraj commanded around 50,000 men.

However, Clive had a secret weapon: He was in communication with Mir Jafar and other conspirators who longed to topple Siraj. 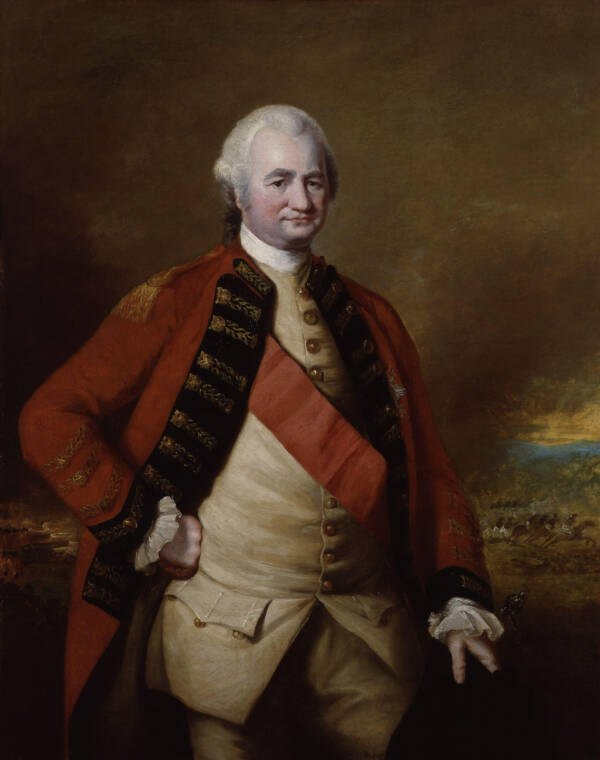 National Portrait GalleryBy the time he left India, Robert Clive would gain a fortune and left Britain poised to conquer the subcontinent.

On June 23, 1757, Mir Jafar met the British force at Plassey. During the battle, Jafar held his forces back, allowing the British soldiers to take full advantage of the terrain.

Thanks to Jafar’s betrayal, the British forces were able to rout Siraj’s troops, forcing the nawab to flee for his life. Siraj was captured soon thereafter and later executed.

The End of Independent Bengal

Mir Jafar was immediately appointed the nawab in Siraj’s place. But soon after he gained the title he craved, he found himself desperate to win favor with powerful Company officials.

So it didn’t take long for him to pay huge sums of money to people in the Company. But the man who benefitted the most was undoubtedly Clive, who was made governor of Bengal after the Battle of Plassey. 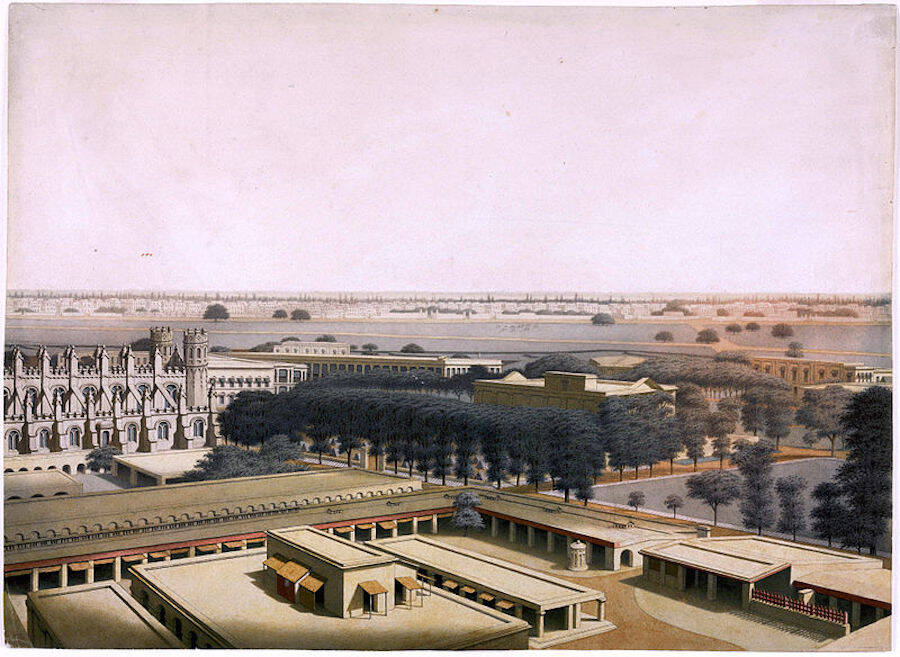 Wikimedia CommonsA depiction of Fort William, painted in circa 1828.

Despite his eagerness to side with the British to gain power, Mir Jafar was not an independent leader by any means. While he did receive military support from the Company until 1760, he failed to satisfy many demands from the British.

So a couple years after Clive found out that Jafar made a treaty with the Dutch in 1758 — and Dutch ships of war were seen in the River Hooghly — the British punished Jafar by replacing him with his son-in-law, Mir Qasim, in 1760.

Jafar was forced to curry favor with the expanding British power to regain his throne, which he was only allowed to do in 1763 when it turned out that Qasim was even more independent-minded.

Although Mir Jafar may have been nawab by name, he didn’t truly rule. Instead, he continued to make concession after concession to the British that eventually led to his financial — and political — downfall.

He also paved the way for British rule in India.

The Rise Of British India 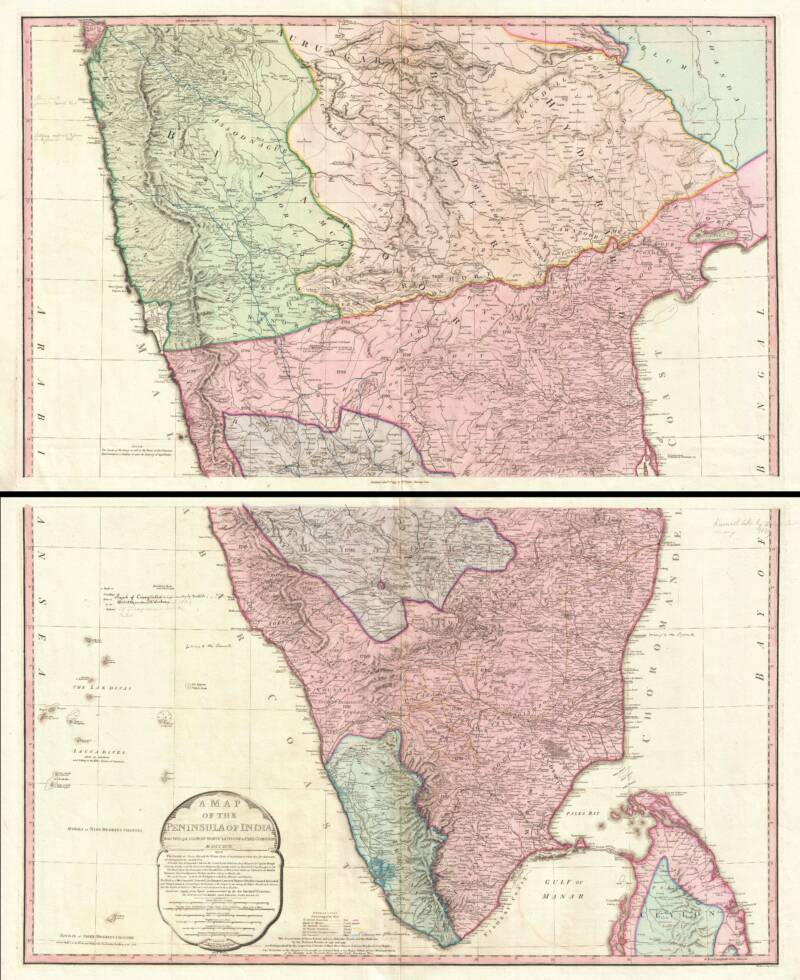 Wikimedia CommonsA map of India in 1800, with the British territory in red.

The East India Company started out as a relatively small trading company in the 1600s. But it eventually grew into a much bigger business with large settlements like Calcutta.

Far from being an accident, Mir Jafar’s betrayal of India at Plassey was part of a larger plan on the part of Clive and the British establishment as a whole.

Clive clearly recognized that capturing Bengal would give them the money and the resources they needed to further expand the empire in an age of imperialism. 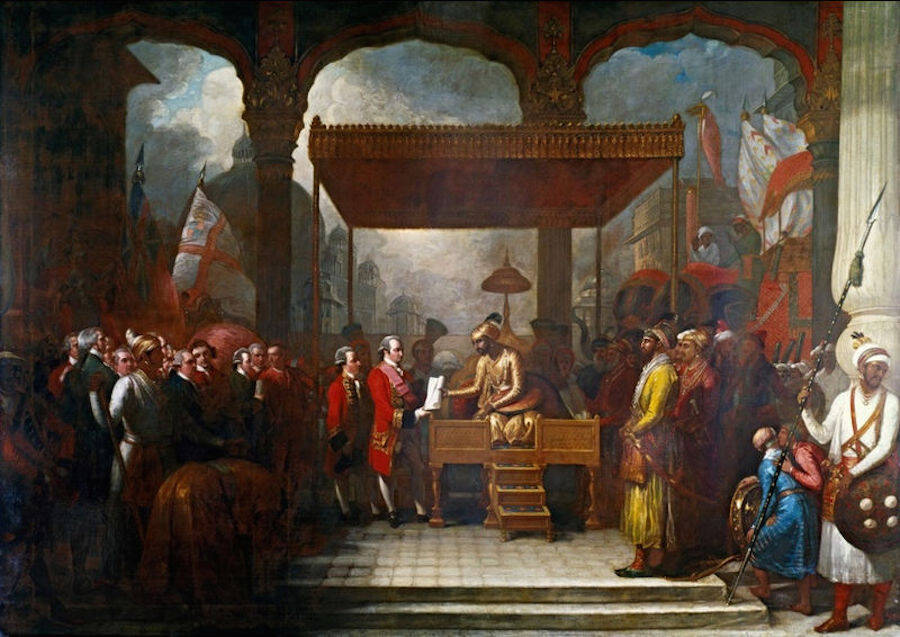 Wikimedia CommonsA depiction of Robert Clive receiving a scroll that transfers tax collecting rights in Bengal, Bihar, and Orissa to the East India Company. Circa 1765.

First, it gave Clive exactly what he’d been looking for in a source of trade, troops, and loyal followers.

But more importantly, the defeat of Siraj ud-Daulah gave the growing East India Company a steady foothold from which to conquer the weakened Mughal Empire.

The British called Plassey a victory. So they likely saw Mir Jafar’s betrayal of India as a revolution of sorts. In a way, the result of his actions was a revolutionary turn of events for generations of Indians until their independence — all made possible by one man’s lust for power.

After learning about Mir Jafar’s betrayal of India, you can find out more about some of the most famous betrayals in history. Then, see what Egypt looked like in the days before the British Empire’s occupation.