The pageant called for women that are “pure-blood” and "love an honor" Adolf Hitler to enter via social media. 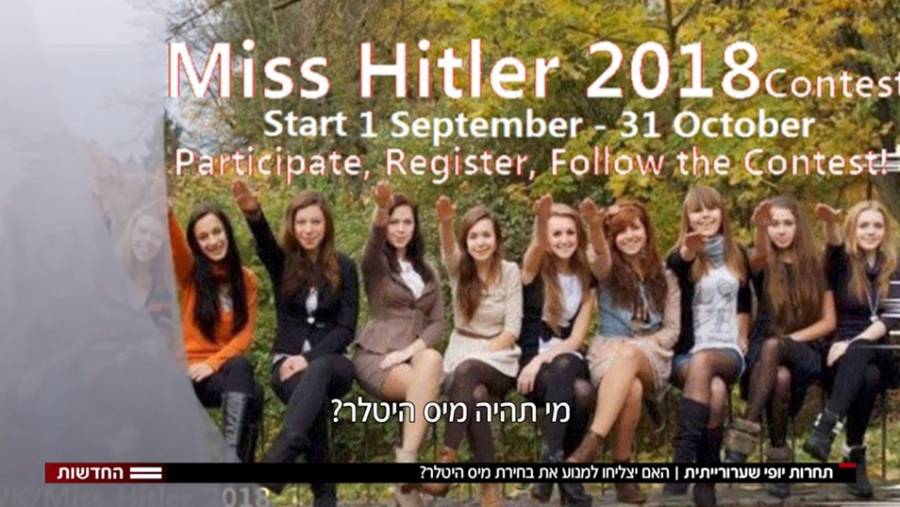 HadashotThe “Miss Hitler 2018” beauty pageant, hosted by Nazi sympathizers via the Russian social media platform Vkontakte, was removed from the site by its administrators.

Russia’s answer to Facebook, the social media platform Vkontakte, has removed and blocked pages on their site promoting the “Miss Hitler 2018” beauty pageant after receiving complaints from Israeli media watchdogs.

According to Newsweek, the online beauty pageant sought out “pure-blood” white women who “love and honor” the leader of the Nazi regime, Adolf Hitler. The page touting “the beauty of Hitlerian culture” had reportedly been up since September.

Women participating in the competition were encouraged to post photos of themselves performing Nazi salutes, at neo-Nazi rallies, and posing with Nazi memorabilia. 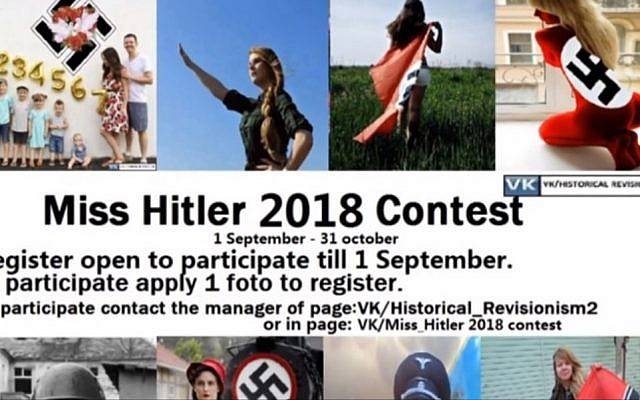 HadashotParticipants were encouraged to pose with Nazi memorabilia and at neo-Nazi rallies as part of the pageant.

According to The Times of Israel, one of the Vkontakte (now removed) pages associated with the competition stated the goals of the online group as follows:

But a report from the New York City-based media and technology company Vocativ — that also has headquarters in Tel Aviv — prompted the Israeli TV network Hadashot to contact Vkontakte administrators.

In the Vocativ report posted to their Facebook page on Sept. 8, the media company claims that the page promoting the pageant “is a part of a network of thousands of Nazi sympathizers around the globe,” and that one such contestant included a woman from the United States.

The woman, reportedly nicknamed “Nurse Hatchet,” allegedly belongs to the U.S. National Socialist Movement — a political party that idolizes Hitler and believes that only “pure blood whites” should be granted U.S. citizenship.

This Controversial Beauty Contest Rewards Ugliness on the Inside

Posted by Vocativ on Saturday, September 8, 2018

After the Israeli network reportedly contacted Vkontakte concerning this issue, the platform’s administrators removed all pages associated with the “Miss Hitler” pageant on Sept. 17.

According to a statement from SOVA Center, a Russian rights group that tracks hate crimes, following the reports from Vocativ and Hadashot, the pages were taken down due to the “calls to violence” that was evidently present in all related neo-Nazi content found on Vkontakte.

“Now the group’s page is entered in the register of prohibited resources of Roskomnadzor,” the SOVA Center statement read. 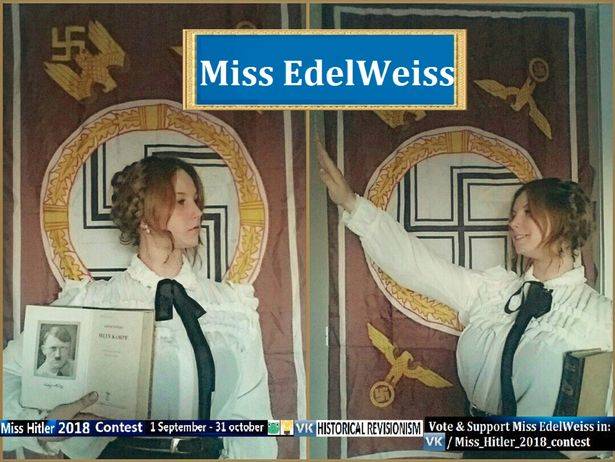 Pen News via Daily MailOne of the participants in the Miss Hitler pageant.

This isn’t the first time that Vkontakte has had to deal with a Nazi-style beauty pageant on their platform before. Back in 2014, Voctaiv was the first media outlet to internationally publicize a similar beauty pageant, called “Miss Ostland 2014.”

“Ostland” refers to the Nazi regime that oversaw the extermination of Jews in the Baltic states and in eastern Europe. The page had then garnered nearly 10,000 followers before it was flagged and taken down by Vkontakte.

Much like this latest incident, Vkontakte also removed and blocked any and all pages associated with the neo-Nazi beauty pageant.

And yet, this group of Nazi sympathizers has found a way to resurrect themselves — and chances are it won’t be the last.