Scientist Pascal Cotte scoured 1,650 high-tech camera images over the course of 15 years to uncover the sketch. 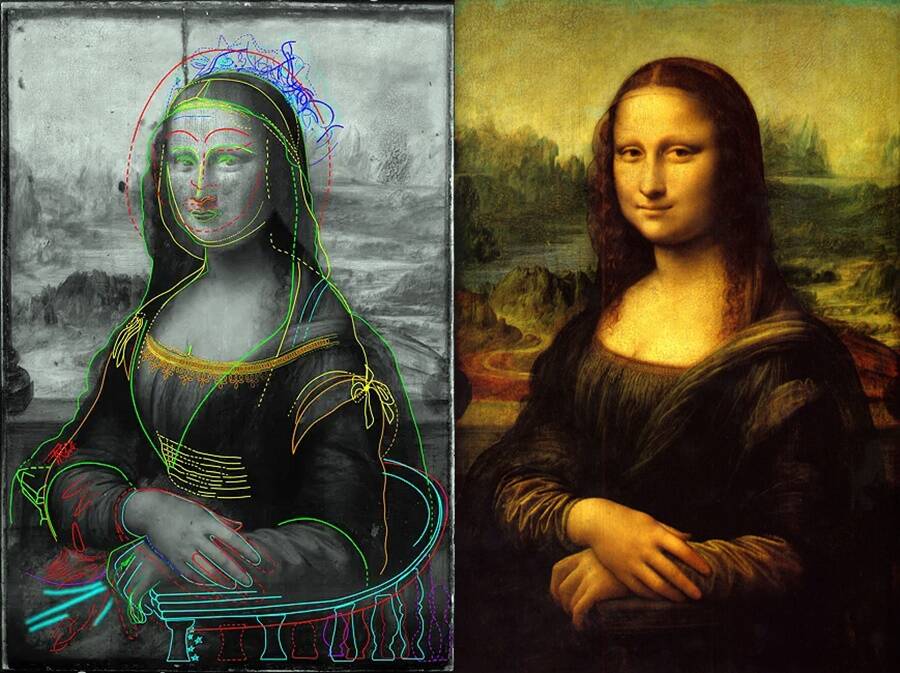 Pascal Cotte via artnet NewsA study 15 years in the making revealed a hidden drawing underneath the Mona Lisa‘s surface.

Centuries after its creation, Leonardo da Vinci’s Mona Lisa still has secrets to reveal. Most recently, a high-tech study of the painting found a hidden drawing beneath the paint.

According to artnet News, the sketch underneath the masterpiece was discovered by scientist Pascal Cotte who studied the Mona Lisa for more than 15 years. His quest to unravel the famous painting’s secrets began in 2004 when the Louvre allowed Cotte to take photographic scans of it.

“The Louvre invited me because I am the inventor of a new very high-resolution, highly sensitive multispectral camera,” Cotte explained. He has since been tirelessly examining more than 1,650 images from his scan.

His findings were published in the Journal of Cultural Heritage in August 2020.

The high-tech tool he built is the Lumiere Technology camera which utilizes the layer amplification method or LAM to detect light reflected on 13 wavelengths. The pioneering scanning method builds on previous technology of infrared photography, which allowed art experts and researchers to detect the tiniest details hidden beneath a painting. 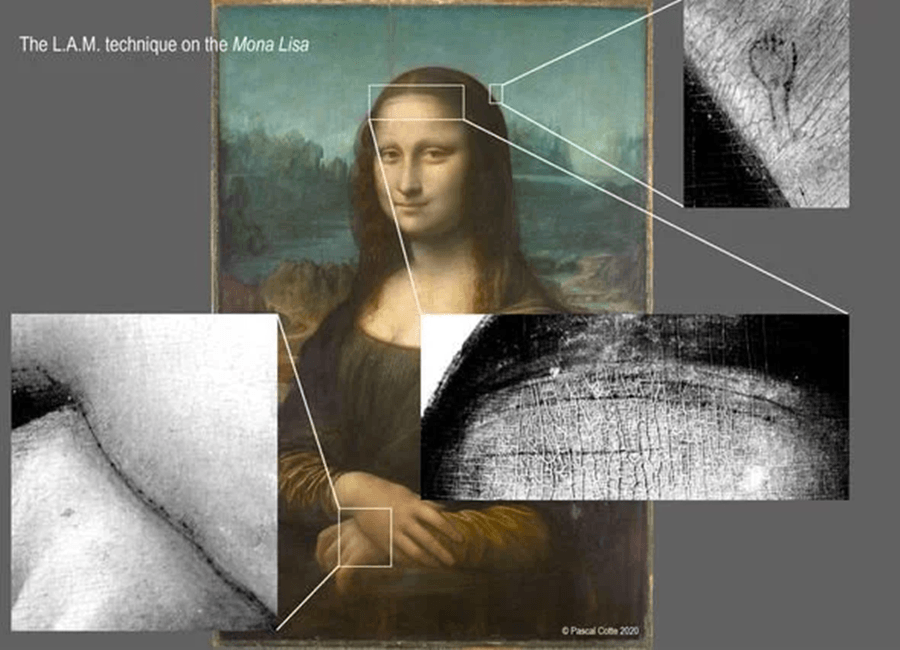 Pascal Cotte via artnet NewsDetails of the high-tech scans revealed a hairpin on the woman’s head in the underdrawing.

Cotte’s new high-tech camera, however, enabled him to detect underlying charcoal lines in the lighter areas of the painting through a combination of near-infrared photography and infrared reflectography.

“The optical system allows us to see very fine details and the high sensitivity allows a very high amplification of low signal,” he said. “The spolvero on the forehead and on the hand betrays a complete underdrawing.”

The spolvero transfer technique, also known as pouncing, is a method used to transfer the early sketches of a painting onto the canvas. First, the artist makes holes along the outlines of the sketch. Then, they lay the drawing across the canvas and dust a fine powder of charcoal or clay (pounce) through the holes to mark the outlines.

Cotte’s examination of the Mona Lisa marks the first time a spolvero has been detected in the famous painting, proving that da Vinci made an earlier sketch before creating this masterpiece. Thus, perhaps more remarkably, this means that his early sketch of the Mona Lisa could still exist somewhere out there.

The underdrawing shows a completely different silhouette than the final composition. If a paper drawing of the Mona Lisa could be found, it would have a slightly different pose than what we see today.

In addition to the altered pose of the early sketch, Cotte’s study also revealed charcoal underlines of a hairpin that was created right above the woman’s head. Interestingly, such hair styling was not the common fashion in Florence at the time that the painting was made. It suggests that the painting wasn’t a portrait but likely an allegorical work or depiction of an “unreal woman, like a goddess.” 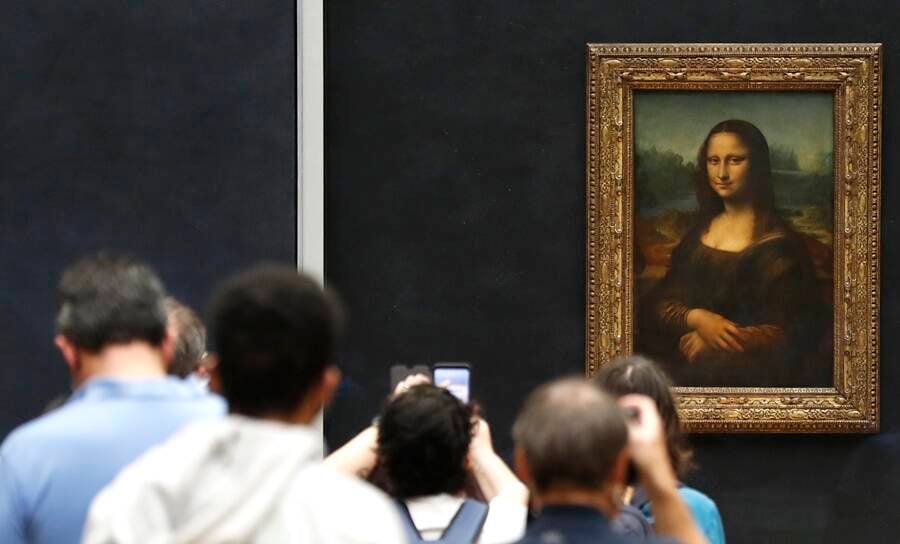 Francis Guillot/AFP via Getty ImagesThe 16th century Mona Lisa is considered to be the most visited painting in the world.

“People had to be dressed in certain ways to denote their profession and for nobility respecting the colors,” Cotte said of the detail. “It is not possible for Mona Lisa to have hair like this, it was impossible of the time in the city of Florence.”

Cotte’s study is not the first to uncover underdrawings beneath the works of the master painter.

Traces of spolvero were previously uncovered beneath the surface of at least two other da Vinci works: the Virgin of the Rocks in the National Gallery and St. Jerome in the Vatican.

As researchers come up with more advanced technologies to assist their critical studies of major artworks, who knows what secrets experts will be uncovered next.

Next, read how archaeologists used a high-tech laser scan to locate the lost capital of the Khmer empire in the thick Cambodian jungle. Then, see how researchers uncovered hidden space in the great pyramid of Giza using cosmic rays.