The Haunting Of Montpelier Hill

It could be a fabrication or paranormal phenomena, but the history of Ireland's Montpelier Hill is fascinatingly macabre. 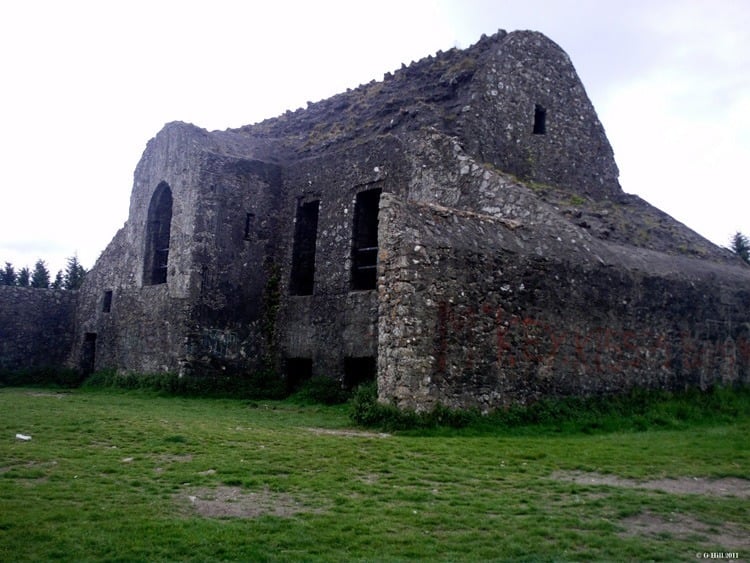 Perched atop various grassy knolls near Dublin, Ireland is Montpelier Hill, one of the most haunted locales in all of Ireland’s history. Throughout its nearly three-century long existence, the home has been the subject of many hauntings and other speculated supernatural events.

The hunting lodge was originally built atop the now-famous hill by William Conolly, the speaker of the Irish House of Commons, sometime around 1725. Originally called Mount Pelier, the hill has carried a variation of this name: Montpelier Hill. Toward the beginning of the lodge’s construction, workers came across an ancient grave passage and cairn, which would aid substantially in Mount Pelier’s construction–and to some, contribute to its demise.

Eager to “recycle” these newly-found resources, workers took a large number of the cairn’s stones and re-implemented them in the lodge. Bad move. Many mark the cairn’s destruction as the beginning of Montpelier Hill’s paranormal history, as shortly after the lodge’s completion, its slate roof was blown clean off.

Some say it was simply a storm’s doing; others speculate that the devil, incensed at Conolly and co’s actions, tore it off in a moment of pure rage. Much to the devil’s chagrin–should you believe that narrative–Conolly had the roof rebuilt with arched stones, again using ones from the ancient cairn. That rebuilt roof continues to stand to this day, as do the tales of the many perceived ‘supernatural’ events that have occurred on the hill. 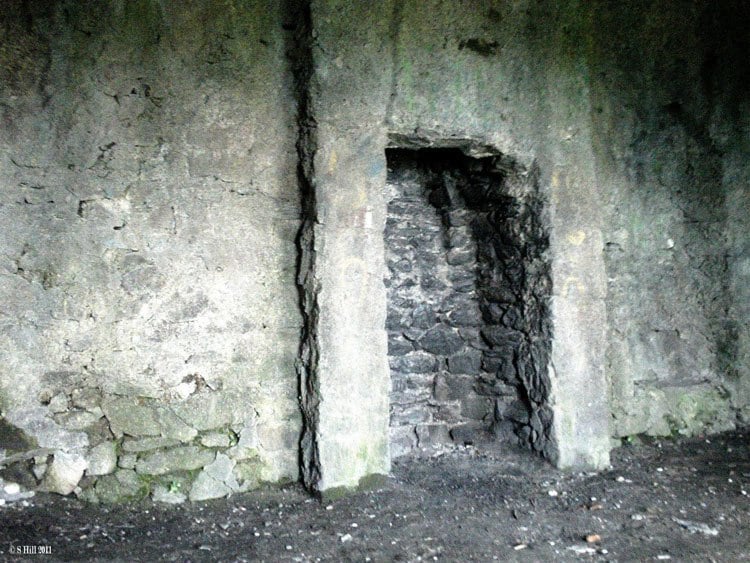 William Conolly died in 1729, and in the coming years his family would lend the lodge for use to the Hell Fire Club. With roots in the 18th century, the Hell Fire Club consisted of and was founded by self-described “persons of quality”, many of whom were involved with politics or high culture. Feeling safe and sound among other so-called sophisticates, rumor has it that it was here where Ireland’s elites gathered to engage in some of the most immoral and degenerative acts known to man. 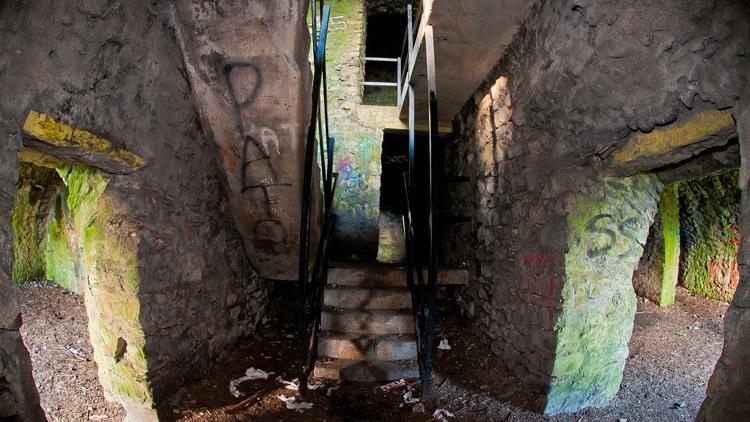 Surprisingly, one of the best-known tales is not about one of the club’s seedy members, but an unknown visitor. One night, said visitor entered the club’s doors and joined its members in a game of poker. At one point, one of the members dropped something (presumably a playing card) and bent over to pick it up.

While his eyes were fixed on the ground, he noticed that the stranger did not have normal feet, but instead had cloven hooves. Soon after, the stranger is said to have disappeared in a burst of flames.

It gets even weirder from there. At some time during the black masses and sacrifices (one of which included a dwarf) the lodge caught fire and several members were killed, prompting the club to change locations. 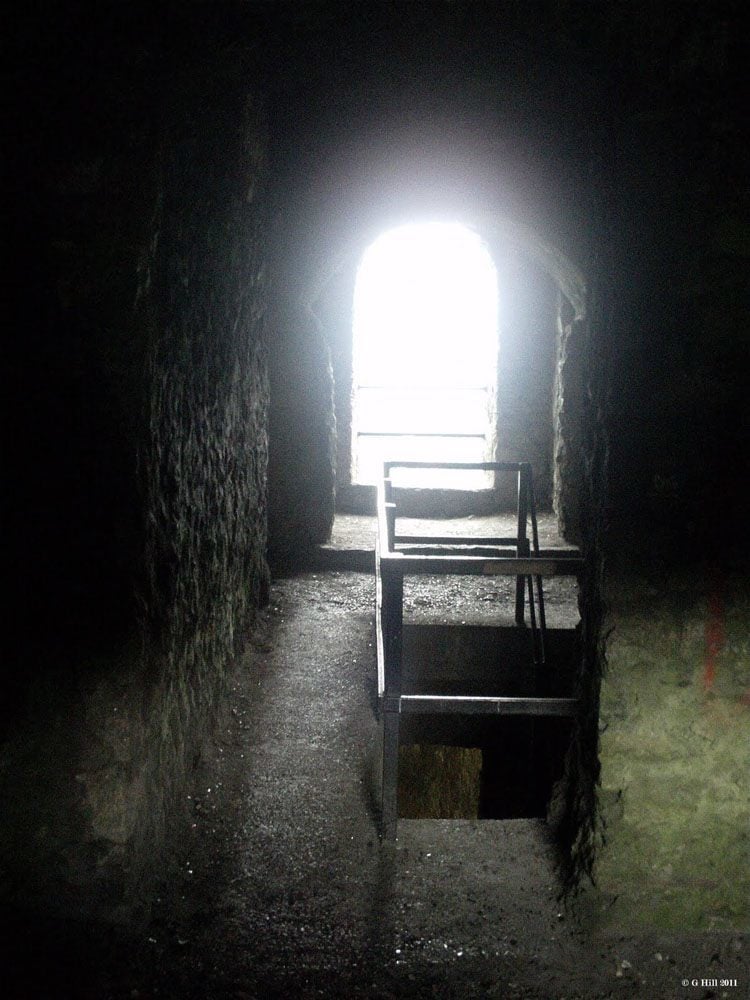 Hell Fire’s new home was the Killakee Stewards House, a short jaunt from Montpelier Hill. By this point, the club’s activities had sharply declined; that is, until 1771 when Thomas “Buck” Whaley revived the group.

In its revitalized form, Hell Fire became “The Holy Fathers”, and its decidedly unholy activities thrived for another 30 years. One of the worst legends from this period involves the kidnapping, murder, and then eating of a local farmer’s daughter. Repentant at the end, Whaley died in 1800, and took with him the remains of the Hell Fire Club and the lodge’s livelihood. 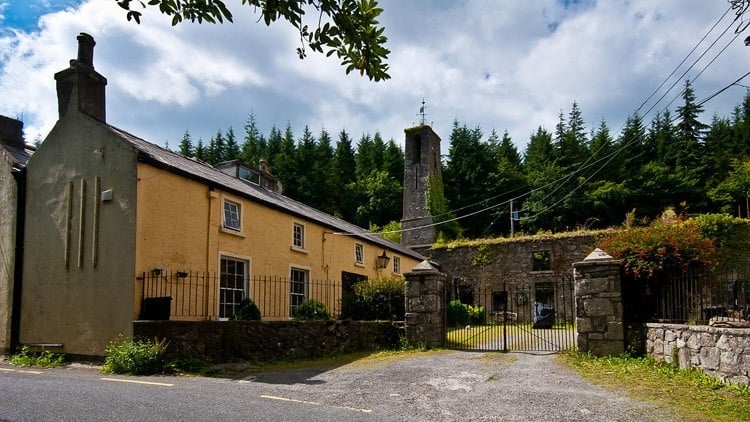 Like the lodge, The Stewards House is also believed to be haunted, specifically by an immense black cat with burning eyes. This spirit is thought to have originated from one of two incidents that occurred in the days of the Hell Fire Club.

One story tells of a priest who exorcised the cat’s soul during a ritualistic sacrifice, and that it now restlessly inhabits the area. The other is of Hell Fire members dousing a helpless cat in whiskey and setting it on fire and then releasing it into the wild, where the cat is slated to have run ablaze until it presumably died.

In the 1960’s, workers renovating a nearby derelict house started to experience unusual events, including the appearance of the demonic black cat in question. Artist Tom McAssey, who was overseeing the Stewards House’s renovation into an art house, said that a locked door swung open, revealing a hideous black cat with blazing red eyes.

He would later paint a portrait of that apparition, which would hang above the dining table in the Stewards House for several years. 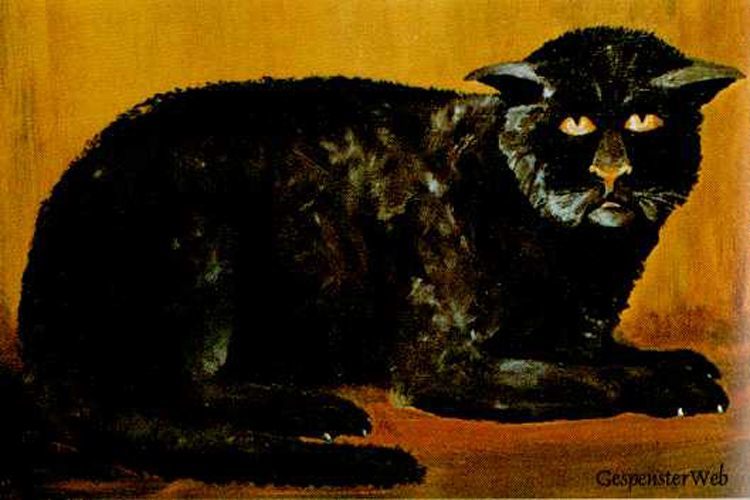 Sightings like McAssey’s continued for the foreseeable future, as many others have reported sightings of an Indian and two nuns known as Blessed Margaret and Holy Mary. The female spirits are thought to be those of nuns, or women dressed as nuns, who had taken part in black masses upon Montpelier Hill. 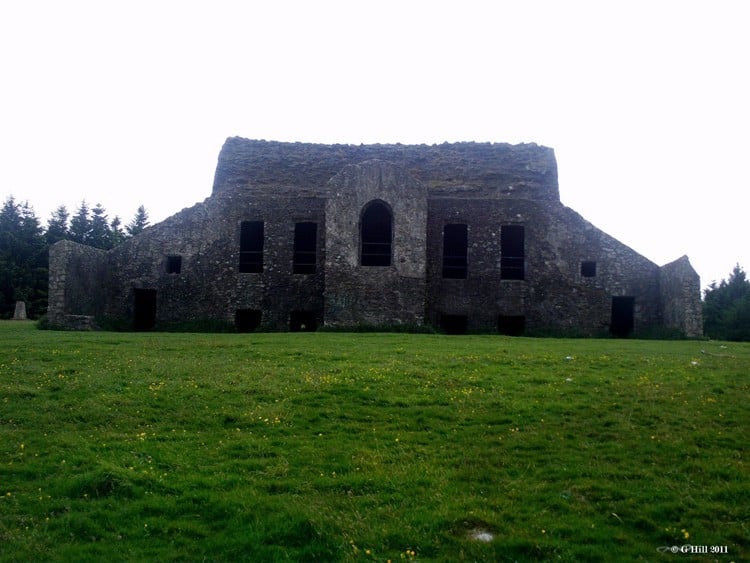 In 1971, a plumber working on the Stewards House dug up a small skeleton, which some claim is the body of the dwarf that had been sacrificed so many years earlier by the members of the Hell Fire Club.

In the 1990’s, the Stewards House operated for a period as a restaurant, but ultimately closed its doors to the public in 2001. It is now a private residence. However, a walkthrough of Mount Pelier lodge in its entirety can be experienced through the following video: