Authorities believe that the murder-suicide by Andrey Emelyannikov was part of the Blue Whale Challenge. 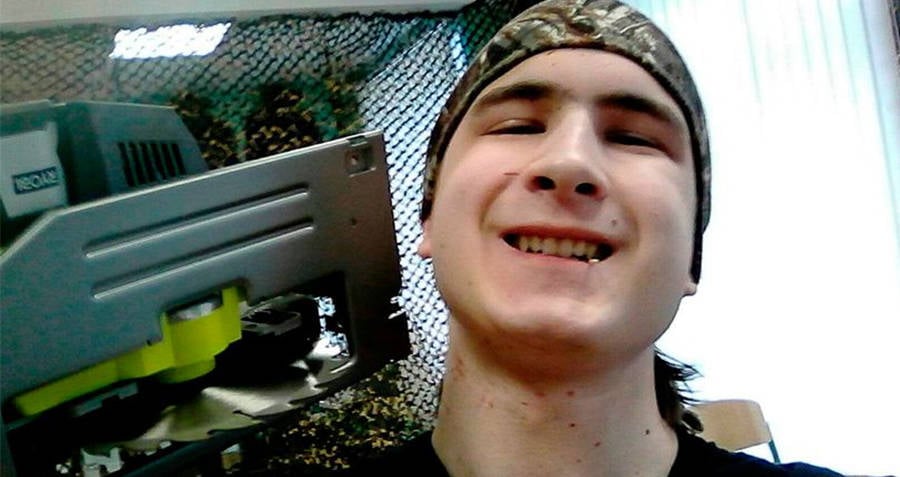 A student in Moscow killed his teacher and then himself on Wednesday, as part of a suicide group challenge, authorities say.

Eighteen-year-old Andrey Emelyannikov posted photos of the gruesome scene online, including selfies in which he is smiling standing over the body, and ones where he is holding the murder weapons.

According to authorities, the assault happened during a break in classes at the Western Complex of Continuous Education, in Moscow. Local news channel NTV reported that Emelyannikov came up behind the teacher, Sergei Danilov who taught health and safety, and stabbed him in the neck. Fellow students said that Danilov, a former army officer, was beloved by students.

Before killing himself, Emelyannikov uploaded the macabre selfies to an online chat room he had been active in, in which members of the group discuss suicide pacts. 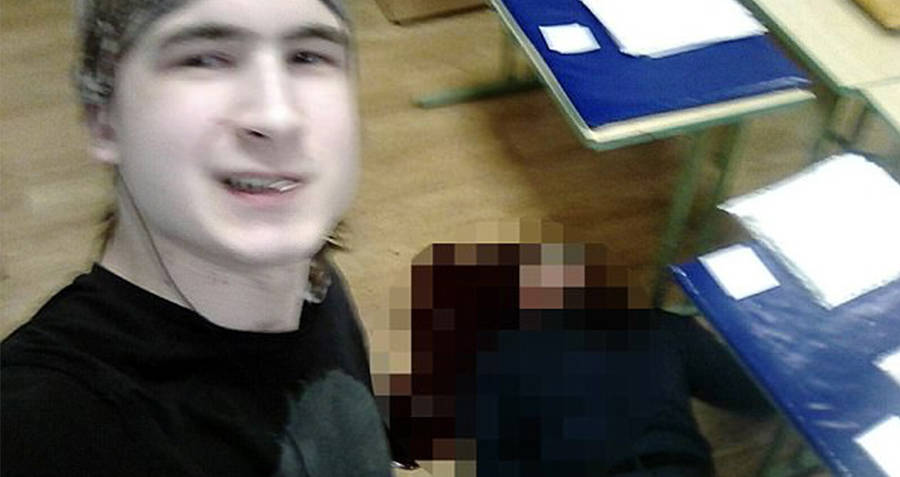 DailyMail Emelyannikov posing for a selfie as his teacher bleeds out.

One member of the forum told authorities that Emelyannikov had been including the hashtag #11117 on his posts recently, a reference to yesterday’s date.

“Andrey committed his murder on 1 November 2017,” the unnamed forum member told NTV. “He began to write this number under his posts in our group a while ago. Does it mean that he planned a murder long ago?”

He then admitted that Emelyannikov had mentioned killing his teacher before.

“A couple of months ago he complained about his health and safety teacher, even saying that he would kill him sooner or later. But it is a common thing on our forum,” he said. “Our guys often throw out threats to kill somebody, so we don’t pay any attention.”

According to Emelyannikov’s fellow students, he and Danilov had had more than one conflict in the past, and there were rumors that Danilov was going to expel him.

Though Emelyannikov did not leave behind any indication of his motive, authorities believe that he was participating in the “Blue Whale Challenge.” The challenge involves completing 50 tasks, assigned by an online administrator, the last of which is killing oneself in order to “win” the game.

Since 2016, the Blue Whale Challenge has allegedly claimed the lives of at least 130 Russian teens.