The "suicide game" involves completing 49 twisted tasks before taking your own life to "win." 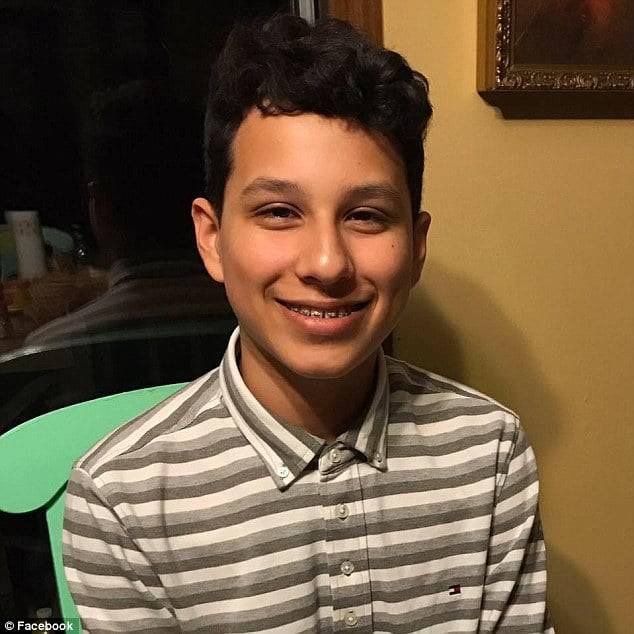 Isaiah Gonzalez’s body was found by his dad on Saturday. The 14-year-old San Antonio resident was hanging in a closet and his phone was propped up on a nearby shoe — broadcasting the suicide to the world.

The Gonzalez family is speaking out about the death, hoping to help other parents prevent their kids from taking part in a twisted social media game called the Blue Whale Challenge.

Though rumors of the “suicide game” were originally thought to be a hoax, Isaiah’s death shows that the hashtag can indeed have real and deadly consequences.

Here’s how it works:

Social media users find a game “curator” by searching for the term online. That person then sends them daily tasks like carve “F57” into your hand with a razor, go on a roof and sit with your feet dangling off the edge and visit a railroad.

The “players” are supposed to send photos of each completed task in order to receive the next one.

The final challenge is to kill yourself.

Local news reports on the death of Isaiah Gonzalez.

The game is thought to have started in Russia, but versions of it are popping up all over the world. SkyNews reports that at least 130 people have taken their own lives as part of the Blue Whale Challenge.

“I didn’t believe it, I guess,” one college student told SkyNews about playing the game. “I decided to look for it.”

He found a curator and then started completing the harmful assignments.

“They start psychologically manipulating you,” he said. “It is very professionally done. You become a bit of a zombie.”

Have you heard about this sinister game called the #BlueWhaleChallenge? Parents, please watch our video and share with friends and family. pic.twitter.com/LTlr8U7EgV

Isaiah’s family found evidence that he had been participating in the challenge after looking at his phone.

They saw that he had been sending pictures to his friends when he completed a task.

His death is thought to be the second in the U.S. directly linked to the challenge, after a 16-year-old in Atlanta killed herself last week.

“It’s a real thing,” the girl’s brother told CNN. “I lost my sister to it, or at least part of it. I would say by the looks of everything we found it’s a major part of it.”

Kansas mom Melissa Patton was able to stop her 12-year-old daughter from finishing the game before it was too late.

She found photos from the game in her daughter’s phone and learned that the girl had been invited to participate by a stranger on Instagram. The teen had changed her Instagram bio to “I_am_whale” and carved “F57” into her thigh.

As Isaiah’s family prepares his funeral, law enforcement officials, schools and parents are working to spread awareness about the frightening trend.

One expert reminded concerned parents that the online landscape is always evolving, so it’s better to teach kids a broad social media literacy than focus on any particular trend.

“You can imagine another trend might come up at any time, so instead of trying to catch every trend, a better approach might be to improve social media literacy,” Dr. Jane Pearson of the National Institute of Mental Health told CNN. “To help kids understand how to manage it.”

Instagram is also taking steps to prevent similar deaths. When users search for the challenge, the platform shows a message deterring you from looking at the posts.

“If you’re going through something difficult, we’d like to help,” it says, with a link to helpline numbers and suicide prevention tips.

After learning about the blue whale challenge, read about the pregnant teen who fatally shot her boyfriend in a botched viral video attempt. Then, learn about the teen convicted of manslaughter after texting her boyfriend to kill himself. Finally, read up on R. Budd Dwyer, the American politician who killed himself in front of television cameras.