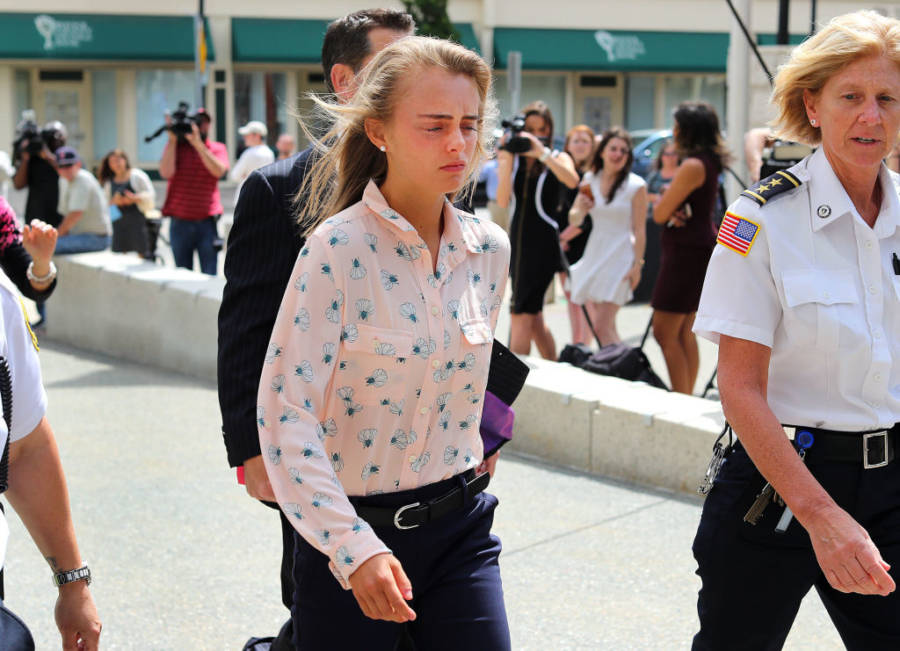 John Tlumacki/The Boston Globe via Getty ImagesMichelle Carter arrives at Taunton District Court in Taunton, MA on Jun. 16, 2017 to hear the verdict in her trial. Carter was convicted of involuntary manslaughter for encouraging 18-year-old Conrad Roy III to kill himself in July 2014.

On Friday, Juvenile Court Judge Lawrence Moniz convicted 20-year-old Michelle Carter of involuntary manslaughter in the 2014 death of her boyfriend, Conrad Roy III. Carter was not tried by a jury but instead opted for a bench trial, leaving her fate up to Moniz.

Carter had sent Roy dozens of messages telling him to commit suicide.

“I thought you wanted to do this,” the then 17-year-old high schooler texted on a summer day in 2014. “The time is right and you’re ready…just do it babe.” 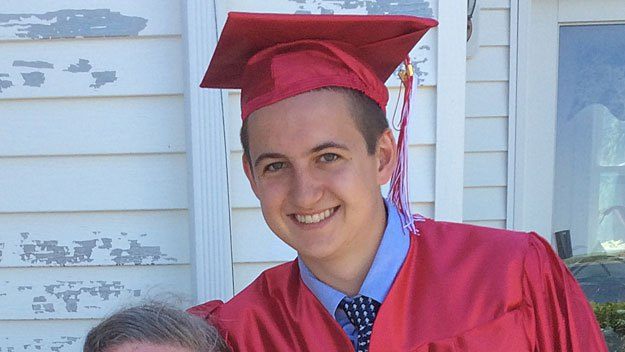 Roy listened. But as the 18-year-old was inhaling carbon monoxide in his pickup truck — a plan he and Carter had discussed together — he panicked and got out, calling his girlfriend with second thoughts.

“Get back in,” Carter told him.

And then, prosecutors said, the teen listened for 20 minutes as Roy cried out in pain and died.

“This court has found that Carter’s actions and failure to act where it was her self-created duty to Roy — since she put him in that toxic environment — constituted reckless conduct,” Judge Moniz said in a 15-minute explanation of his ruling. “The court finds that the conduct caused the death of Mr. Roy.”

Because she was 17 at the time of the crime, Carter was tried as a minor. She will be sentenced August 3.

Carter cried silently as the verdict was read, as did both Carter’s and Roy’s parents who sat nearby. 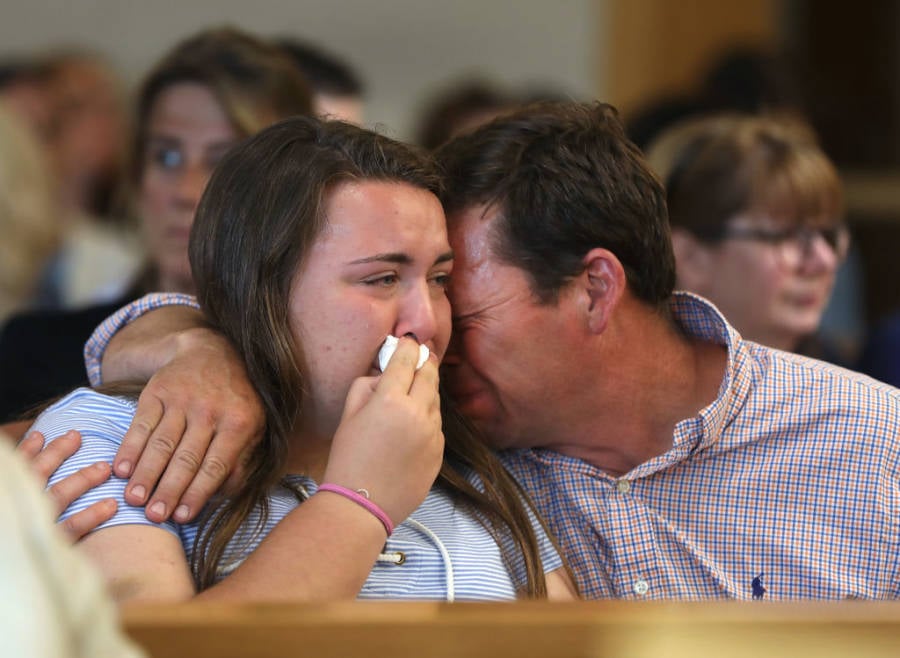 Pat Greenhouse/The Boston Globe via Getty ImagesConrad Roy, Jr., father of the deceased, comforts his daughter Camdyn Roy, sister of the deceased, as ADA Katie Rayburn makes her closing argument to Judge Lawrence Moniz during the trial of Michelle Carter in Taunton, MA.

This case was not only notable for the exchanges found in the teens’ intimate texting conversations, but also because many legal experts would argue that words alone — especially from 30 miles away as they were in this case — can’t be enough to cause someone’s death.

“Given the expansive definition of manslaughter under Massachusetts law, the guilty verdict is not a surprise,” CNN’s Danny Cevallos said.

“Still, this verdict is concerning because it reflects a judicial willingness to expand legal liability for another person’s suicide, an act which by definition is a completely independent choice,” he said. “Historically, suicide has been considered a superseding act which breaks the chain of legal causation.”

The judge, some think, was likely trying to spread awareness about the real-life consequences of online conduct.

“This sends a strong message to people that using technology to bully people into committing suicide will not be tolerated,” Daniel S. Medwed, a Northeastern University law professor told The New York Times.

In a world increasingly experienced virtually, the law — and those who interpret it — is entering new territory as well.

“It’s a new day and age, your honor, and the phones that we have now allow you to be virtually present with somebody,” an assistant district attorney, Katie Rayburn, said during the trial. “People fall in love on the internet and via text, people bully via text and the internet, and you can encourage someone to die via text.”

Next, read about the new House bill that will send teens to prison for 15 years for sexting. Then, see how lower teenage suicide rates have been linked to same-sex marriage legalization.