The Legend Of Yggdrasil, The Sacred World Tree Of Viking Lore

In Norse cosmology and mythology, the massive ash tree Yggdrasil is said to support the whole universe, from the underworld known as Hel to the heavenly realm of Asgard.

In Norse mythology, all things lead back to Yggdrasil. This mythical tree — thought to be the center of the universe — connects the Nine Worlds, acts as a meeting place for the gods, and may herald the apocalypse.

Here’s everything you need to know about Yggdrasil, from the animals that nibble on its branches to why it offers hope in the end times.

Yggdrasil As The Tree Of Knowledge

The word Yggdrasil comes from Yggr (meaning “terrible” or “Odin”) and drasill (meaning “horse”). Literally, the name translates to Odin’s horse — but it actually means gallows.

That’s because Odin, one of Norse mythology’s primary deities, allegedly hanged himself from Yggdrasil in his relentless pursuit of knowledge.

Public DomainOdin sought knowledge by hanging himself from the tree.

According to Nose mythology, fate is spun by three women called the Norns. By carving runes into Yggdrasil’s trunk, they spread their plans throughout the Nine Worlds. This intrigued Odin, who possessed an insatiable desire for knowledge.

To understand the runes, he went to Yggdrasil and hung himself from within its branches. As told in the Norse poem Hávamál:

I know that I hung on a windy tree
nine long nights,
wounded with a spear, dedicated to Odin,
myself to myself,
on that tree of which no man knows
from where its roots run.

No one gave me bread nor a horn,
I looked down,
I took up the runes, screaming I took,
I fell then from there.

Having understood the runes, Odin fell from the branches as one of Norse mythology’s most powerful gods. But his experience with the sacred tree is just one small part of Yggdrasil’s overarching mythology.

How The Norse Tree Of Life Unites The Cosmos

In Norse mythology, Yggdrasil — likely an ash tree — touches every part of the universe. Its branches and roots connect to the Nine Worlds: Asgard, Álfheim, Niðavellir, Midgard, Jötunheimr, Vanaheim, Niflheim, Muspelheim, and Hel. 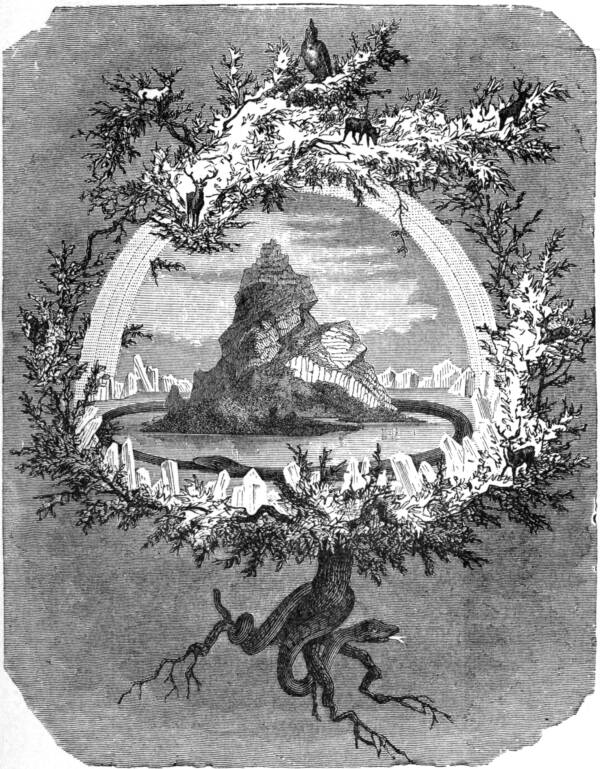 Though no one knows exactly how these are arranged, it’s thought that Asgard, home of the gods, lives in the highest branches, Midgard, the realm of man, in the middle of the trunk, and Hel, the Norse underworld, in Yggdrasil’s roots.

There’s some disagreement about the wells beneath the tree, however. While the poems featured in Völuspá mention just one well, the Well of Urd or the Well of Fate, the 13th-century poet Snorri Sturluson described three wells.

The Well of Urd, according to Sturluson, is in the sky and acts as a meeting place for the gods. The other two wells, Hvergelmir and Mímisbrunnr, lie at the tree’s roots.

Regardless of the exact composition of the tree, Yggdrasil acts as a home for a number of mythological creatures. Four stags, Dainn, Dvalinn, Duneyrr, and Durathror, nibble on the tree’s leaves; a dragon named Nidhogg sits at its base, and an unnamed eagle sits in its upper branches.

A squirrel named Ratatoskr also races up and down the tree’s trunk, carrying insults between the eagle and the dragon.

As such, the tree is not merely a place of peaceful knowledge. In the Old Norse poems called Poetic Edda, one of its authors writes:

The ash of Yggdrasil suffers agony
more than men know:
a hart bites it from above, and it decays at the sides,
and Nidhogg [the serpent] rends it beneath.

That — and the fierce winds said to surround Yggdrasil at all times — underline an important point about the sacred tree. Not only is it the center of the universe. Yggdrasil may also be a harbinger for the apocalypse.

The Norse Tree Of Life And Ragnarök

In Norse mythology, Ragnarök is the end of the world. It wipes out gods and men. Appropriately, Yggdrasil — the center of all life — plays a role in the apocalypse. 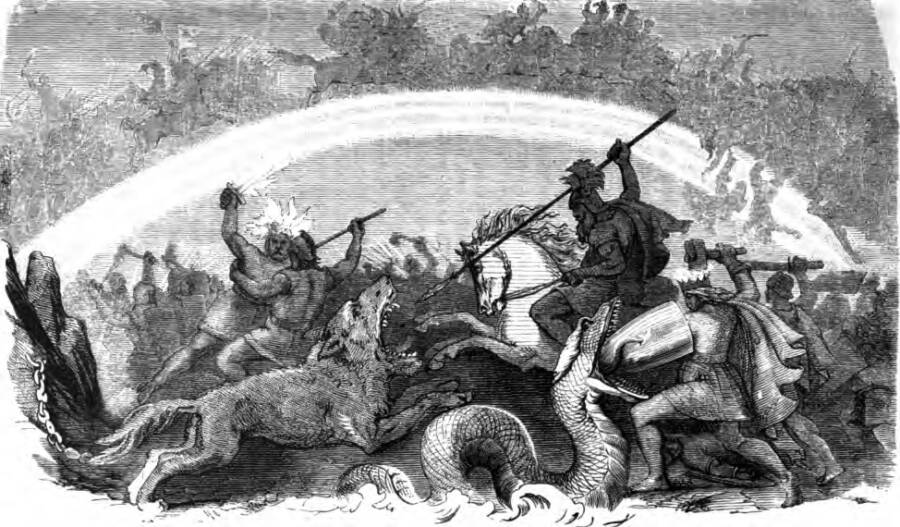 As the mythology goes, Yggdrasil will herald the beginning of Ragnarök when it starts to tremble. But the tree will weather the storm and give birth to a new world order. Norse legend states that two humans, a man named Liv and a woman named Livtraser will find shelter under its branches.

And when Ragnarök ends, they’ll start the human race all over again. 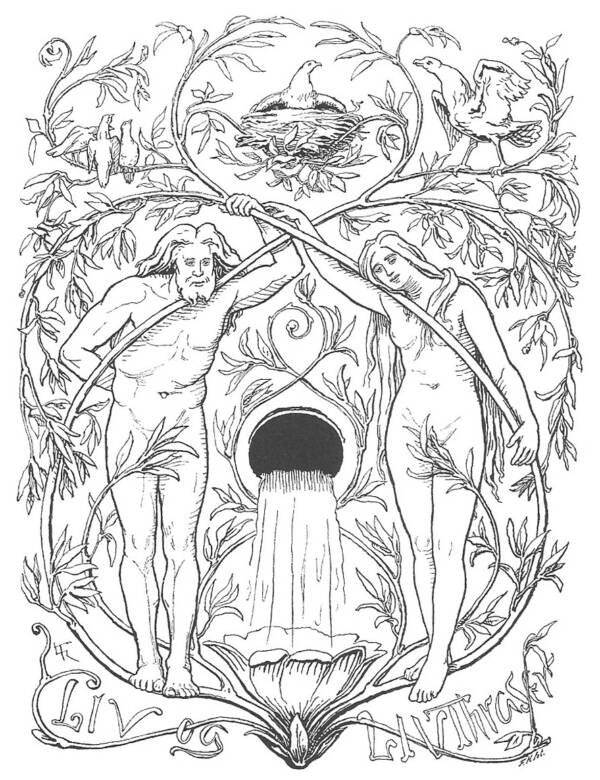 Wikimedia CommonsA depiction of Liv And Livtraser, the humans who survive the end of the world in Norse mythology.

In the end — and in the case of Yggdrasil, the literal end — this Norse tree touches all aspects of life. Its branches join the world, its trunk bears the marks of fate, and it will allegedly provide shelter to man during the apocalypse.

The sacred tree suggests that all things, from life to death, are inherently connected.

After reading about the Norse myth of Yggdrasil, learn about these gods from Norse mythology. Or, discover the story of the Viking berserkers, Norse warriors who entered a trance-like rage during battle.