The Disturbing Story Of Nicholas Markowitz, The Teenager Who Was Murdered Over His Brother’s Drug Debt

In 2000, drug dealers kidnapped Nicholas Markowitz and then partied with him for days before finally killing him outside of Santa Barbara, providing the chilling basis for the film "Alpha Dog." 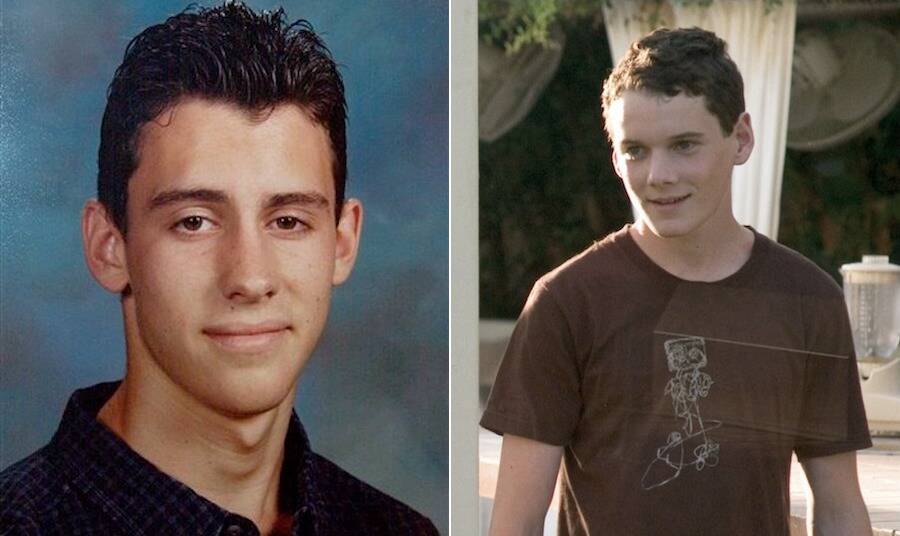 Nicholas Markowitz was a high school theater kid who was an avid reader. His older half-brother, Benjamin, ran with an amateur gang of wannabe tough guys who sold marijuana and ecstasy. While their parents hoped to shield Nick from those criminal elements, they came for him anyway.

That seedy underbelly of the West Hills neighborhood in the San Fernando Valley consisted of high school drop-outs and impressionable youths. And at its center was a man with the name of an outlaw and temperament of a bully, Jesse James Hollywood, who delegated drug deals and always collected his debts. Ben Markowitz owed Hollywood $1,200 when he began to distance himself.

Frustrated he couldn’t muscle Ben back into the fold and determined to save his reputation, Hollywood abducted Nick Markowitz to spur his brother’s repayment on Aug. 6, 2000. But when he realized kidnapping could land him in prison, Hollywood took drastic measures — and had the 15-year-old murdered.

Ben was shocked. He knew his old acquaintances liked to talk tough, but he never considered they would do something like this. “In my worst nightmares,” he said, “I never would have thought that that would have happened.”

The Abduction Of Nicholas Markowitz

Nicholas Samuel Markowitz was born on Sept. 19, 1984, in Los Angeles, California. The summer before his sophomore year at El Camino Real High School, he spent most days going for walks, hanging out with his older brother, and preparing to get his driver’s license.

But on Aug. 6, 2000, he was abducted at 1 p.m. after sneaking out of his house to avoid arguing with his parents, Jeff and Susan. 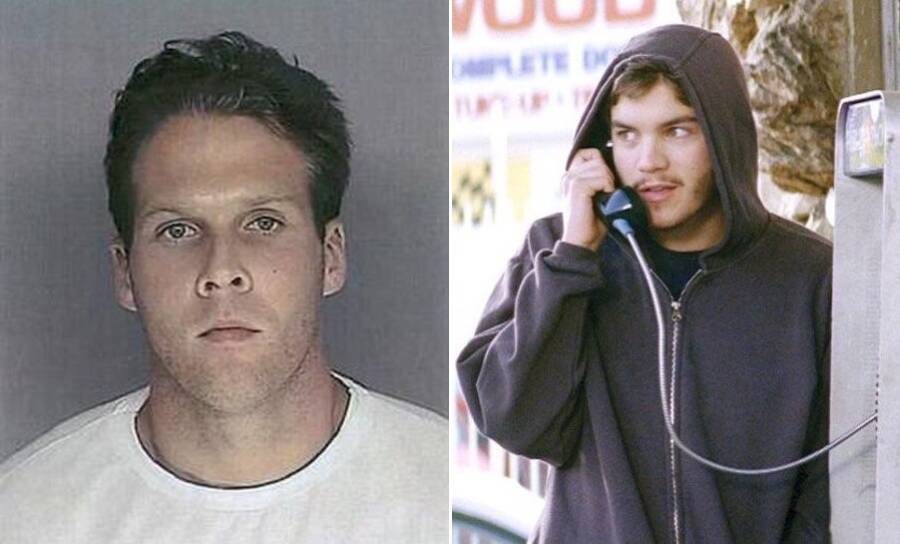 A fellow West Hills resident, Jesse James Hollywood came from a family of means. He had excelled at high school baseball but was expelled during his sophomore year. When a later injury turned the 20-year-old drop-out’s athletic dreams into dust, he began to sell drugs.

His amateur crew consisted of former school pals like 20-year-old William Skidmore, 21-year-old Jesse Rugge, and 21-year-old Benjamin Markowitz — who still owed him money. Hollywood had only been a dealer for a year when he went to collect his cash from Ben, only to happen upon Nick walking down the street.

Hollywood pulled over his van and dragged Nicholas Markowitz inside with the aid of Rugge and Skidmore. A neighbor witnessed the incident and called 911 with the license plate, but police couldn’t find the van. Markowitz was bound with duct tape and had his pager, wallet, valium, and weed confiscated.

Over the next two days, Markowitz was shuttled between various homes with the promise that he’d soon be freed. At Rugge’s Santa Barbara house, he played video games with his captors and smoked and drank with them. Markowitz even attended their parties, making friends with 17-year-old Graham Pressley.

“He told me that it was okay because he was doing it for his brother, and that as long as his brother was okay, he was okay,” said Pressley. 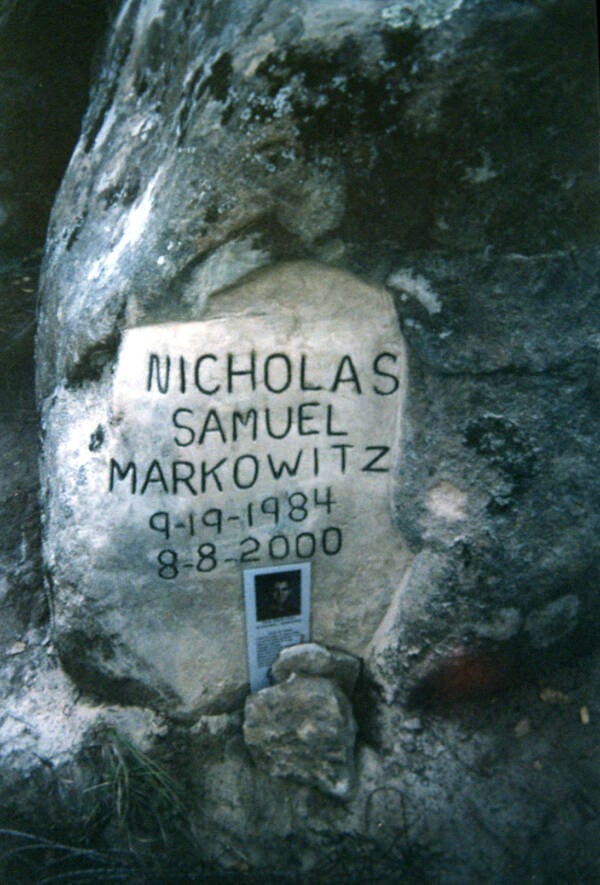 Markowitz even declined an offer to run when Pressley drove him around town, stating he didn’t want to complicate a seemingly temporary matter. Hollywood even told Rugge that Markowitz would be free soon, spurring a Lemon Tree Motel pool party on Aug. 8.

“I’m going to take you home,” Rugge told Markowitz that night. “I’ll put you on a Greyhound. I’m going to get you home.”

Unbeknownst to his crew, Hollywood had spoken to his family lawyer and gotten lethally paranoid about a potential kidnapping charge. He became convinced that murdering Nicholas Markowitz was his only way forward and asked Rugge to do his dirty work for him. Rugge declined, leading Hollywood to contact 21-year-old Ryan Hoyt.

“We got a little situation,” said Hollywood. “You’re gonna take care of it for me. And that’s how you’re gonna clear your debt.” 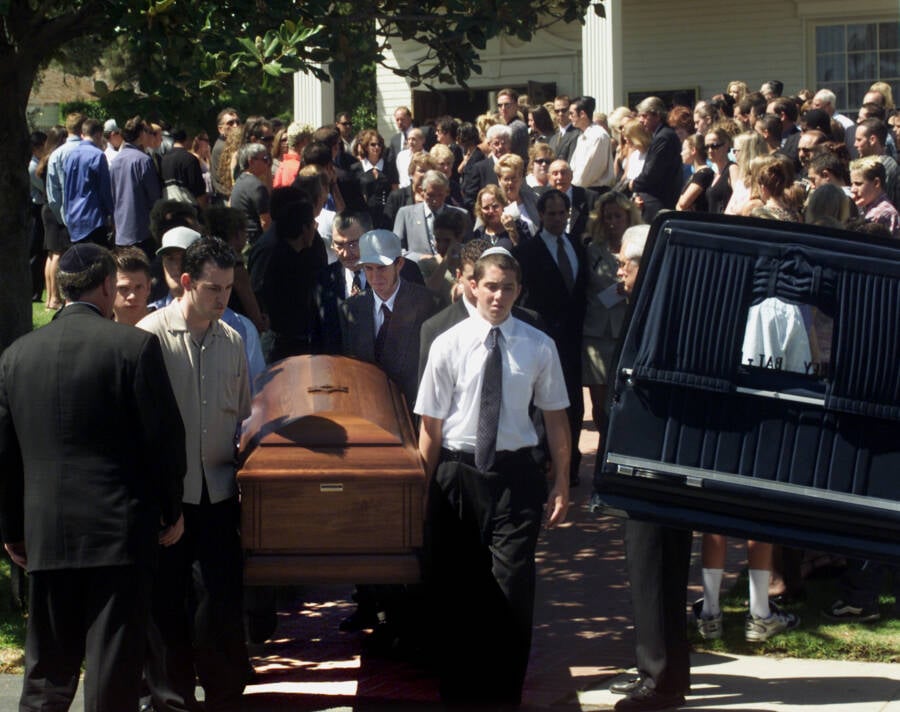 Like Ben Markowitz, Hoyt owed Hollywood money. When he arrived to meet him, Hollywood handed him a TEC-9 semi-automatic pistol and offered to wipe the slate clean with an additional $400 payment if he killed Markowitz. In the early morning hours of Aug. 9, Hoyt and Rugge duct-taped Markowitz’s mouth and hands.

With Pressley, they drove Markowitz to the Lizard’s Mouth Trail near Santa Barbara in the early morning hours of Aug. 9. They walked the terrified teen to a shallow grave at a remote campsite 12 miles away. Hitting him over the head with a shovel, Hoyt dumped him in the hole — and shot him nine times.

Then they covered his grave with dirt and branches and drove away. Nicholas Markowitz was found by hikers on Aug. 12, after which many who befriended him during captivity came forward. Police arrested Rugge, Hoyt, and Pressley within a week — while Hollywood had fled to Colorado before his trail went cold on Aug. 23.

Hollywood remained a fugitive for almost six years until he was arrested in Rio de Janeiro in 2005. Police found him under the alias of Michael Costa Giroux by tracing his father’s phone calls. While his friends and family painted a glowing picture at trial, he was sentenced to life in prison.

After learning about Nicholas Markowitz, read about the chilling mystery of Natalie Wood’s death. Then, learn about the sudden death of Britanny Murphy.