Then And Now: The Shocking Aftermath Of The Largest Volcanic Eruption In U.S. History

The unbelievable story of Mount St. Helens and the most destructive volcanic eruption the U.S. has ever seen. Plus: the chances it'll soon erupt again. 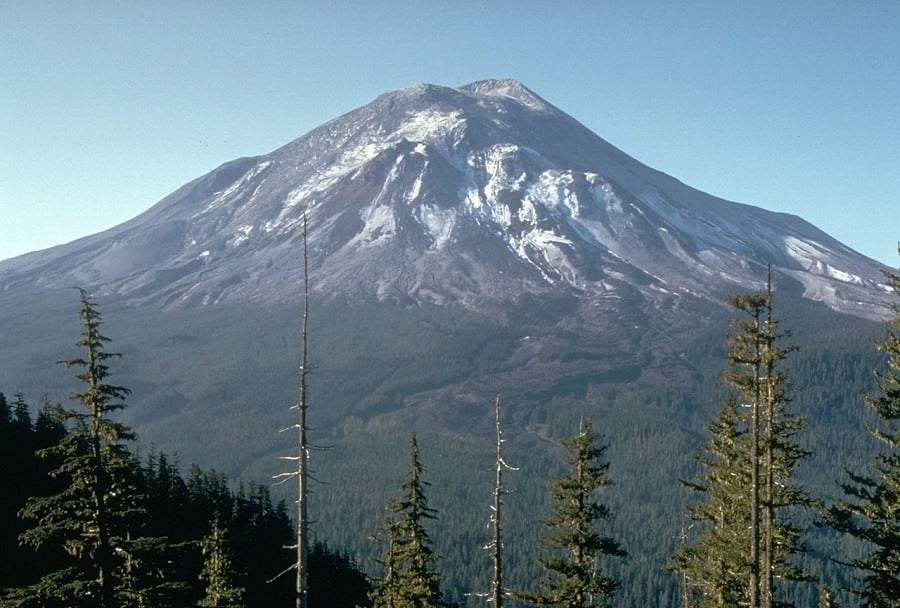 Mount St. Helens on May 17, 1980, the day before the eruption. Image Source: Wikimedia Commons

Prior to 1980, a dense forest covered the land around Washington’s Mount St. Helens, supporting a thriving ecosystem and a small logging village. But what looked, to the untrained eye, like a peaceful and innocent mountain was actually a volcano sitting directly on top of the notorious Pacific Ring of Fire.

The trouble started with an earthquake in March, 1980. Then, on Sunday, May 18, 1980 at 8:32 a.m., a larger 5.1 magnitude earthquake shook the Pacific Northwest. The top of the mountain blew clean off. It was the biggest debris avalanche in recorded history and the deadliest and most destructive volcanic eruption the United States had ever seen.

Yet as bad as the devastation was, it would have been much worse if it had happened on a weekday when the loggers were working near the mountain. 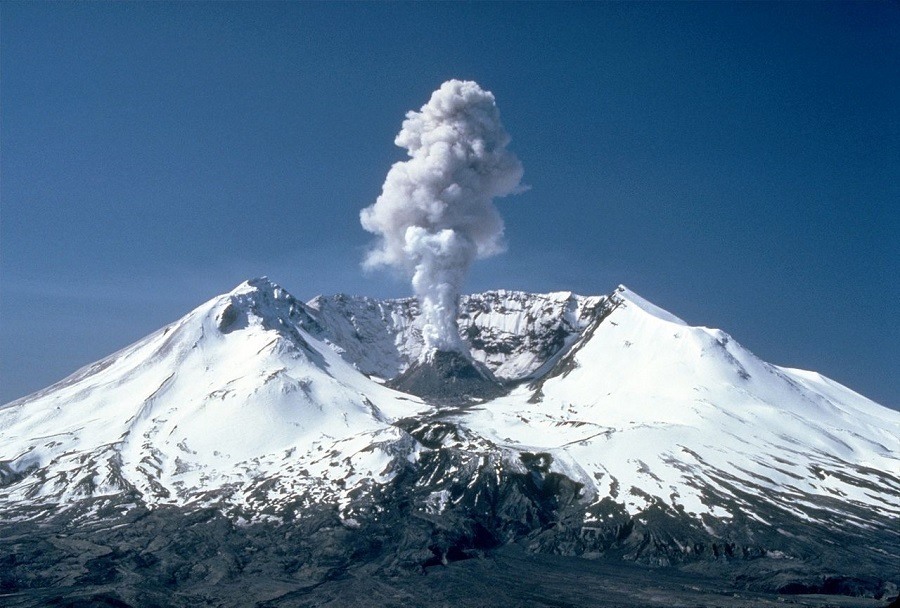 In recent years, Mount St. Helens’ activity has increased. From 2004 to 2008, minor eruptions and seeping lava were seen leaking from the top.

Whether another large eruption is in the future remains to be seen, but with Mount St. Helens ranked number two on the U.S. Geological Survey’s high-risk volcanoes list, safety certainly isn’t guaranteed.

For more incredible then and now photography, check out how much the world’s most densely populated city has changed, and the sad evolution of what was once the world’s most beautiful train station.