Conceptualized and housed in Zagreb, Croatia, the Museum of Broken Relationships grew out of a traveling exhibition dedicated to failed romances. 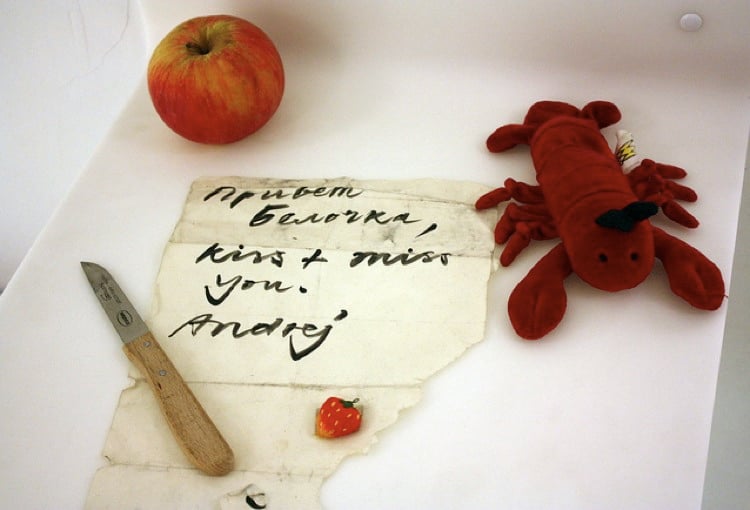 One of many unusual displays at Croatia’s Museum of Broken Relationships.

“No museum has ever made me feel more connected to everyone else in the world before,” reads one entry in the guestbook of the Museum of Broken Relationships.

The message hits on a paradox more than one visitor has observed — few would expect a museum dedicated to failed relationships to buoy the spirit of human connection. But that’s exactly what it does, say many of the thousands of visitors who flock to Zagreb, Croatia, to bear witness to the strange exhibit. 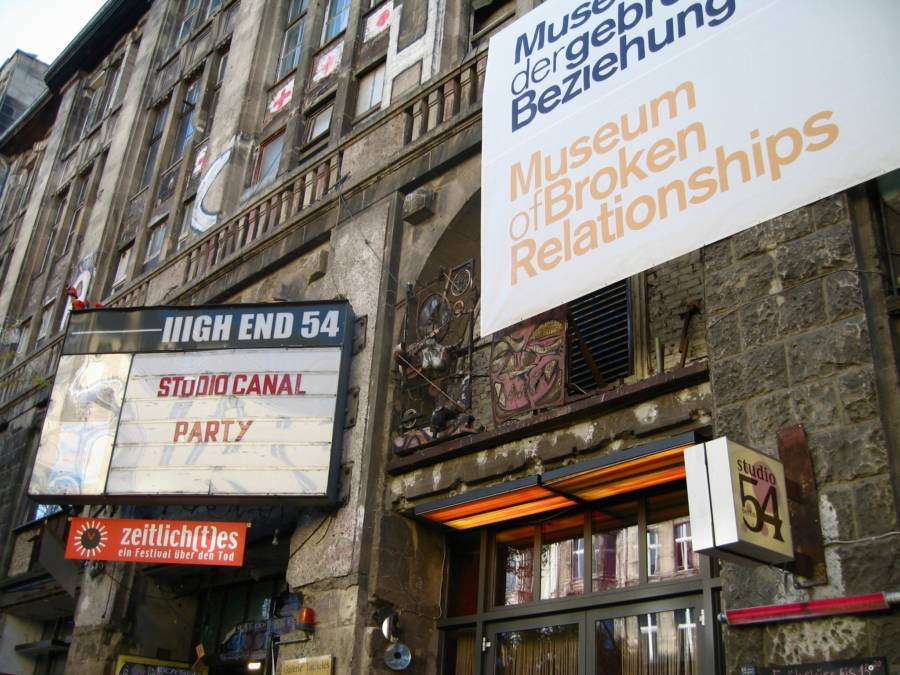 The inspiration behind the Museum of Broken Relationships was a toy bunny. Sculptor Dražen Grubišić knew his romance with Olinka Vištica, a film director, had run its course — and she knew it too. The relationship was over, they agreed, but one question remained: Who would get the rabbit?

The toy rabbit had been a symbol of their affection. When one partner traveled solo, they took the bunny with them as a stand-in for their missing half, who would receive photos of their partner with the rabbit and know they were missed. Unfortunately, the world-traveling bunny never made it farther than the Middle East before the couple split.

The question of the rabbit’s fate intrigued the artistic pair, and they came up with a novel solution. What if there was a place to display the detritus of broken relationships? What if instead of gathering dust, these relics of lost love could inspire?

Exploring The Museum Of Broken Relationships 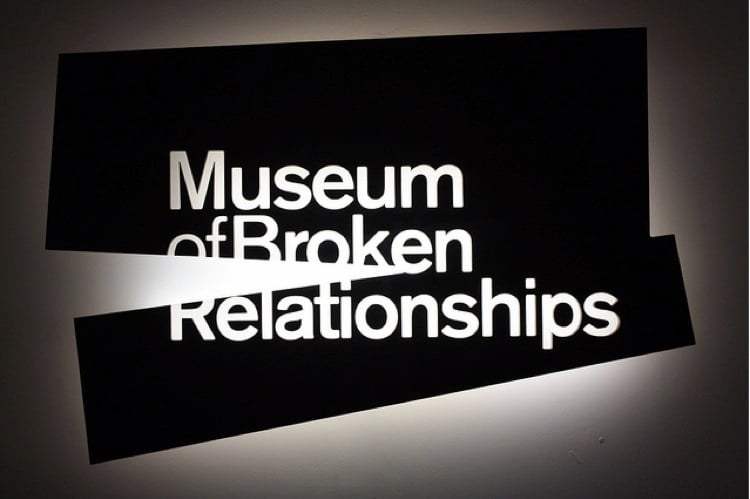 The sign that greets visitors to the Museum of Broken Relationships in Zagreb, Croatia.

Thus in 2006 the Museum of Broken Relationships was born. Its beginnings were humble: the rabbit and a few annotated donations from friends were housed in a cargo container that sat outside the Croatian Artists’ Union’s annual salon. But the response from the community was immediate and overwhelming.

People came in droves, and they didn’t just want to see the exhibit — they wanted to donate to it. They also wanted it to come to them, so the installation began to travel, gaining new exhibits as it did.

In 2010, the Museum of Broken Relationships found its permanent home at last in an 18th-century palace in Zagreb’s Upper Town, where it attracts more than 40,000 visitors every year. 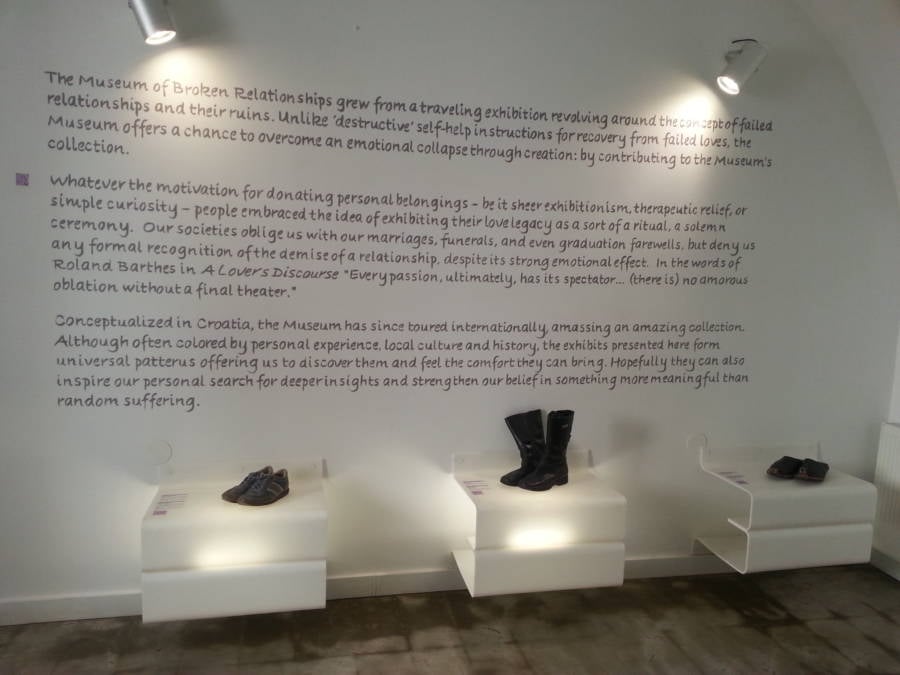 Wikimedia CommonsThe first room of the Museum of Broken Relationships.

Grubišić and Vištica’s bunny is still the first exhibit, but now the collection spans many rooms, each devoted to a different theme. Some of the displays are funny, some heartbreaking, and some downright poetic — like the room dedicated to failed long-distance relationships.

Prominently featured there is a collection of airsickness bags. The donator’s note says that it has always struck her as ironic that there are such detailed instructions about how to handle the rare disintegration of an airplane — but there’s no instruction manual for when your relationship is going down in flames. 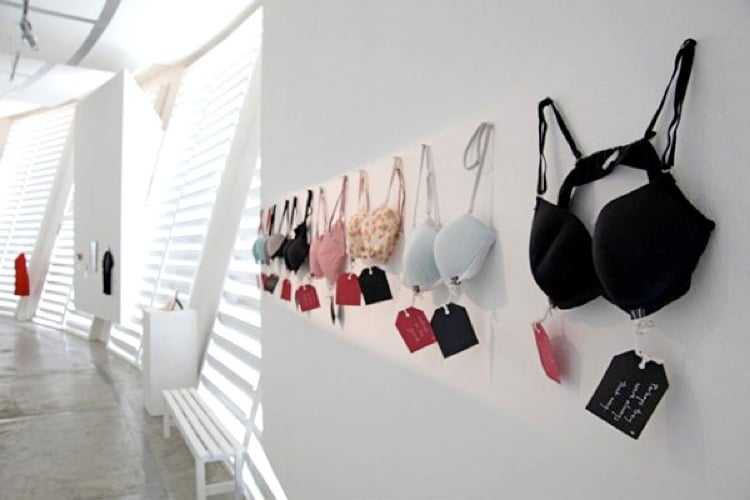 Another room showcases “The Whims of Desire,” a collection of sexy objects that highlight the amusing side of romance gone wrong. On display are furry handcuffs and a garter belt, among other things — many of them never used or worn. 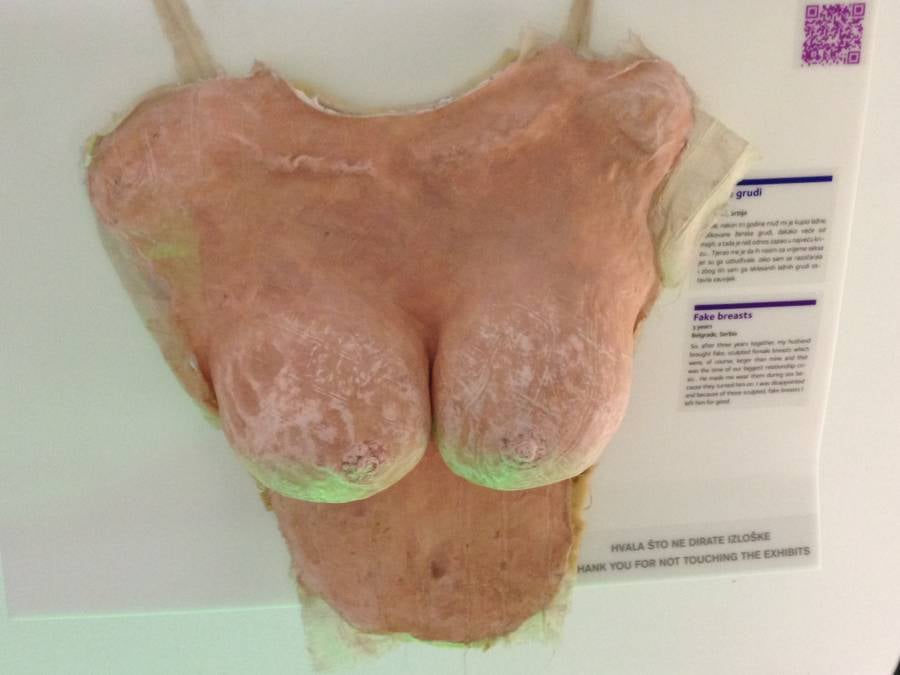 Robert Nyman/FlickrA sculpture alongside its story.

The Darker Side Of Romance Gone Wrong

Things take a darker turn in the room of Rage and Fury, where plinths feature broken and destroyed objects, like the ax a man used to relieve his feelings about being broken up with: He chopped up all his girlfriend’s abandoned furniture (an experience he says was deeply cathartic). 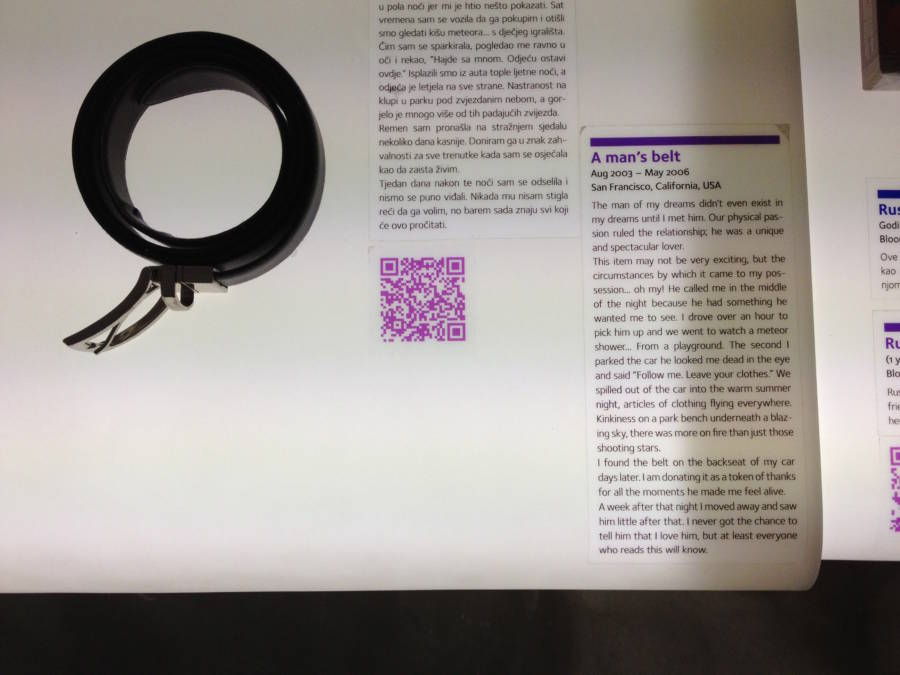 Robert Nyman/Wikimedia CommonsA belt displayed alongside its story in the Museum of Broken Relationships.

There’s also the snapped-off car mirror a jilted girlfriend kept after she forcibly removed it from her cheating boyfriend’s car when she found it parked outside another woman’s house. He thought it was vandals.

The Museum of Broken Relationships doesn’t just feature the memorabilia of failed courtships. Between champagne corks and dresses from canceled weddings are the remains of broken family ties, the gifts of estranged mothers and daughters, and the trinkets of fathers who never came home. 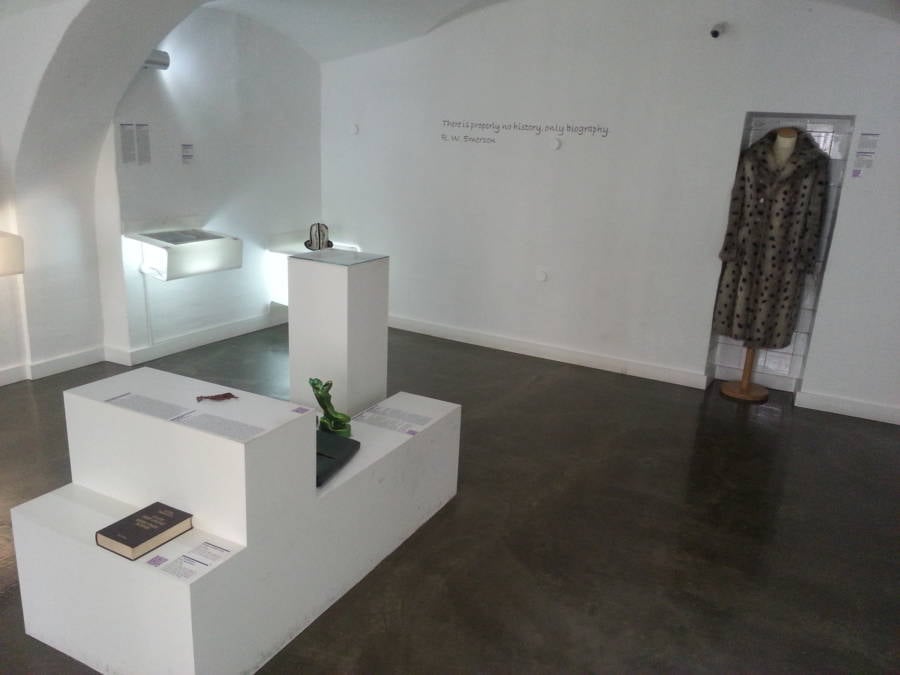 Wikimedia CommonsThe fourth room of the Museum of Broken Relationships.

Not all relationships were broken by their participants; death, too, has a part to play in this collection. Some lovers were separated by things like AIDS and cancer, or simply by the likes of accident and chance. 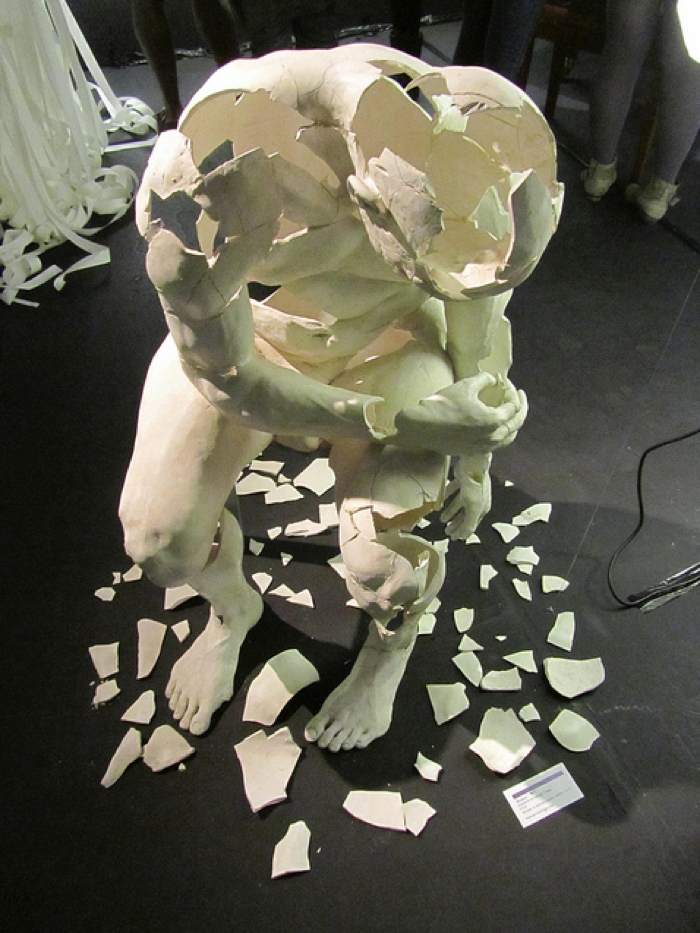 The variety is astonishing, especially given that the exhibit is always limited to roughly 100 items. This is by design; the museum’s founders feel that more would overwhelm and detract from the stories already on display.

What It’s Like To Walk The Museum Of Broken Relationships

So what’s it like to wander the Museum of Broken Relationships? By all accounts, the experience is a bizarre and intimate one. Some have described the rooms as dark and romantically lit, while others find them dim but austere, the bare white walls peaceful. 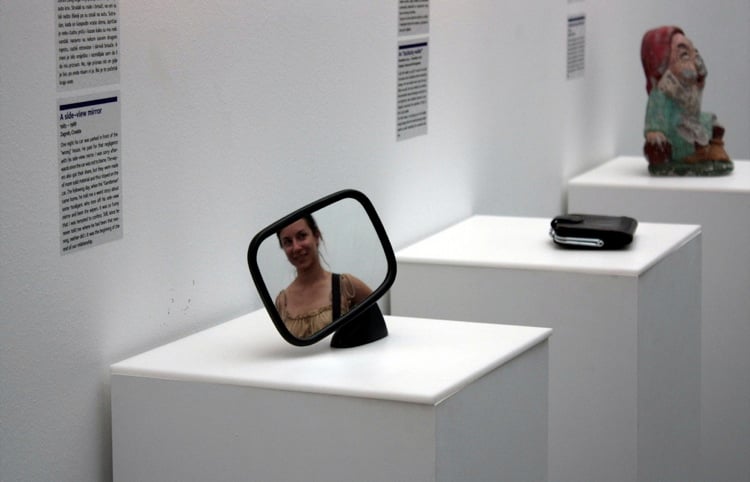 The objects themselves are displayed on white pedestals, and they are always annotated; the descriptions by donors tell their stories.

On exiting, some, like the guest who left cheered by the spirit of human connection, feel better, having been reminded that they’re not alone in their pain. After all, everyone has a few broken ties and loose ends in their past.

For others, the exhibit brings tears and regrets. Events manager Nikolina Vulic, who stands at the end of the museum, says she sometimes offers hugs to despondent visitors. 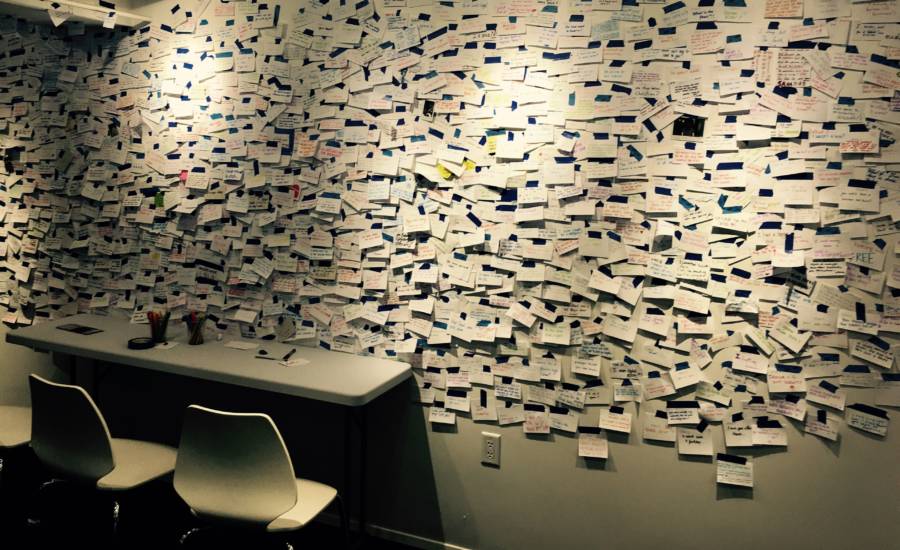 FlickrNotes left by the brokenhearted.

Vulic is a wealth of information about who visits the Museum of Broken Relationships — and why they do it. Valentine’s Day is an especially popular time to go, particularly among couples, who often emerge more committed to each other than ever.

Vulic has even seen people show up straight from their weddings. How does she know? They’re still wearing the dress.

Visiting The Museum Of Broken Relationships

Curious about the museum but not sure you’re going to find yourself in Croatia soon? Not to worry. The Museum of Broken Relationships has popped up in both Los Angeles and New York in recent years, fed by the donations of America’s brokenhearted. 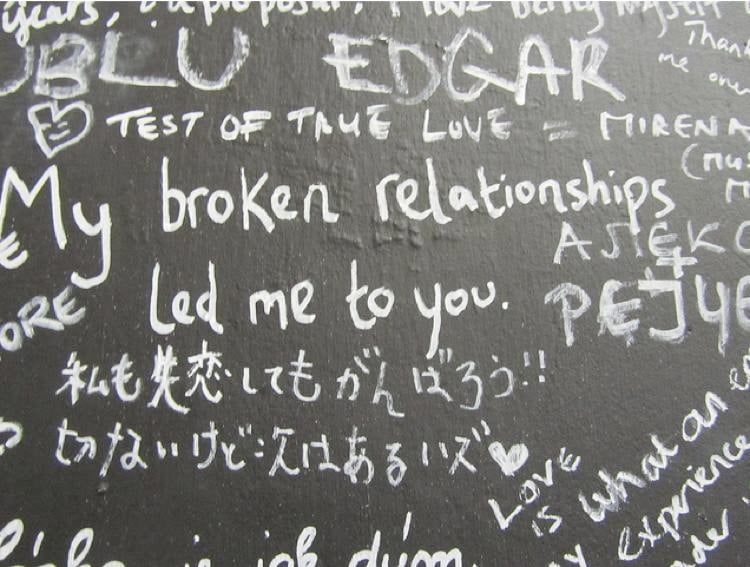 Writing at the Museum of Broken Relationships.

You can also experience some of the collection virtually and bear witness to the weird, the hilarious, and the heartbreaking memorabilia online. Donate your own mementoes of lost love or browse the gift shop. (We’re big fans of these bad memories erasers.)

Whatever you do, don’t forget the museum’s wisdom: Losing in love doesn’t mean you’re alone.