The Real Story Behind The Myers-Briggs Test 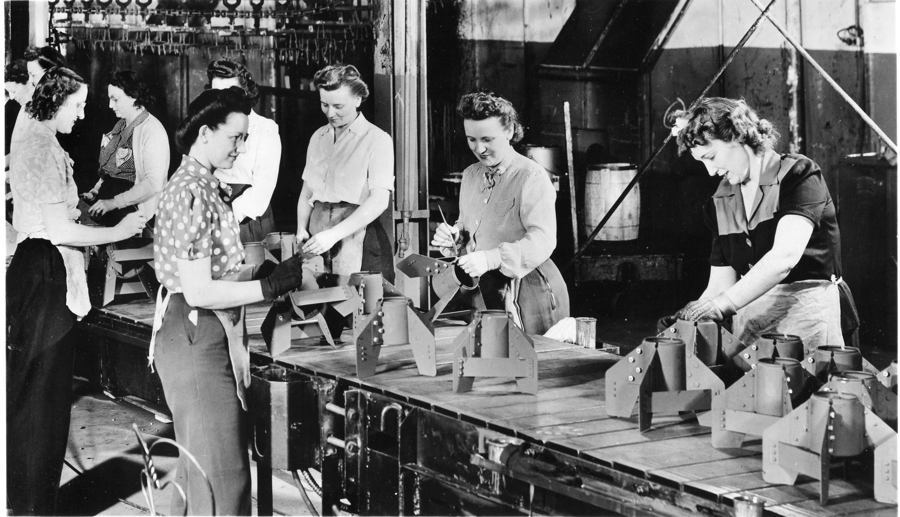 During World War Two, many women were entering the workforce for the first time, and would only be aided by a test that might help them gauge their professional preferences a bit better. Source: Cleveland History

Regarded as somewhere between “a horoscope and a heart monitor” by one journalist, the Myers-Briggs Type Indicator (MBTI) is one of the most frequently taken personality tests in the world. Even though it has become somewhat laughable in recent years, 89 Fortune 100 companies use the test to gauge their employees’ strengths and weaknesses, which implies that it has managed to retain at least a shadow of its original purpose.

The Myers-Briggs test has become something of a pop culture phenom, which is a shame because it was actually developed with a very specific purpose. As World War II plucked many men from US soil and dropped them on the front lines, women worldwide were flung into the workforce, many of them for the first time. These wives and mothers lacked the practical and self-knowledge necessary to assess what they could do to help the war effort in the absence of so many young men. 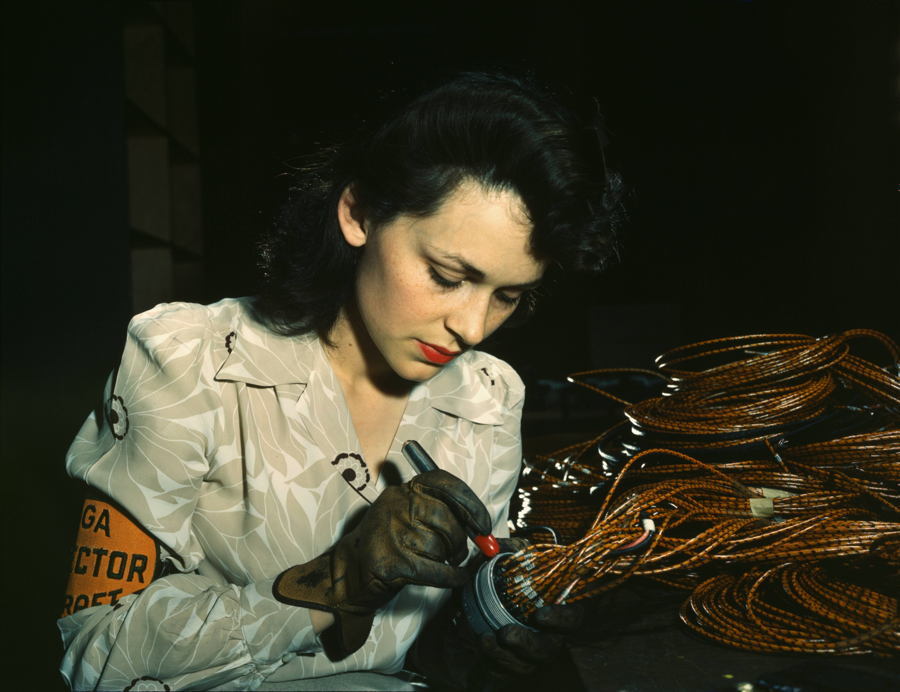 We think of Rosie the Riveter; images of beautiful young women whose beaus and husbands are fighting in the war, working in factories and wearing pants for the first time in their lives.

This had, of course, a major cultural impact: women were outside the home, visibly so, and many of them discovered that they knew very little about working on an assembly line — not just in the physical sense, but in the emotional sense. Outside of relating to the nuclear family, which they had been well-raised to wrangle, their self-knowledge of interpersonal skills outside the home was limited.

An author by the name of Katharine Cook Briggs read up on her Jungian psychology and, essentially, came up with the typology test as a way to help women entering the workforce understand what kind of work they would be best suited for. What Briggs managed to do was take the complex web of Jung’s theories and assemble them into a relatively simple and easily comprehensible tool.

A woman’s score on the MBTI gave her insights into how she experienced the external world as well as her own internal environment. It addressed her reaction to conflict, her morals and intrinsic motivations and helped guide her towards work that she would not only be likely to excel in, but that she might also enjoy and feel fulfilled by.

Briggs’ daughter, Isabel Myers, was also an author and the two of them fine-tuned the test and began presenting it academically to psychologists. The problem was, while both women were highly educated and well-read, neither of them had any psychoanalytic training, and therefore the test was seen to lack validity. 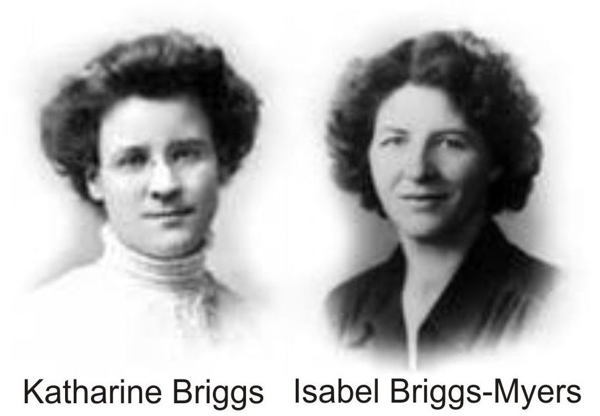 The creators of the Myers-Briggs test. Source: Pro Inspiro

When they realized they couldn’t sell it to psychologists, they instead ventured into the corporate sector — and began advertising it not so much as a psychological test, but more of an aptitude test that businesses could use with potential employees — most specifically, women entering the workforce for the first time. By the 1960s, the MBTI took on a more generalized use and since more people had access to it, statistics began to be collected about the relative occurrence of various types in the general population.

In all, there are sixteen MBTI personality types. Each one is a combination of eight different possible dominant functions: extraversion — introversion, sensing—intuition, thinking—feeling, and judging—perception. None of the types are better than any of the others, nor does the test measure aptitude — the indicator measures preference.

For example, if someone is an I type rather than an E type, it doesn’t necessarily mean they possess no extraverted qualities, or that they aren’t capable of extraversion in certain situations — but that, when given a choice, they are more likely to align themselves with a state of introversion. The MBTI is, in many ways, a way to explore one’s preference for experiencing the world: and a person’s ideal is not always the reality.

MBTI results are often useful in exploring career interests, particularly for young people who find that they have many competing interests. Though, even the women responsible for creating the inventory admit that, in many ways, a person knows themselves more intimately than any test could ever discern, and they are encouraged to look at all sixteen personality types and explore which one they feel they identify with most.

Why does it matter? Briggs and Myers were focused on helping people assimilate themselves into a career — as if career was life. In some ways, it is for many people: we are what we do, we spend most of our waking hours working and — well, then what? I suspect that for many people there’s more than career preference to be found in the MBTI. Understanding how we relate to ourselves and our environment is paramount to helping us understand how we relate —or fail to relate—to other people.

Whether it be within our nuclear family system, our social interactions or our romances, understanding our preferred method of living—both in our own minds and in the world—can help us pinpoint the ways in which we may be going against our natural inclination, and perhaps help us right ourselves toward a happier life.

All that being said, there is quite a bit of research devoted to the test’s ability to be replicated. Through confirming one’s MBTI score over a period of time, it would make sense that it was a fairly accurate representation of a person’s core personality. But some have reported that even just taking the test within a five-week gap of time will produce different results, implying that it may not be that reliable.

It’s a lot of stock to put in a simple questionnaire, but then again, I am an INFJ— they love to define (and redefine) themselves on a constant basis.