The Unsolved Disappearance Of Pilot Frederick Valentich While Mid-Flight 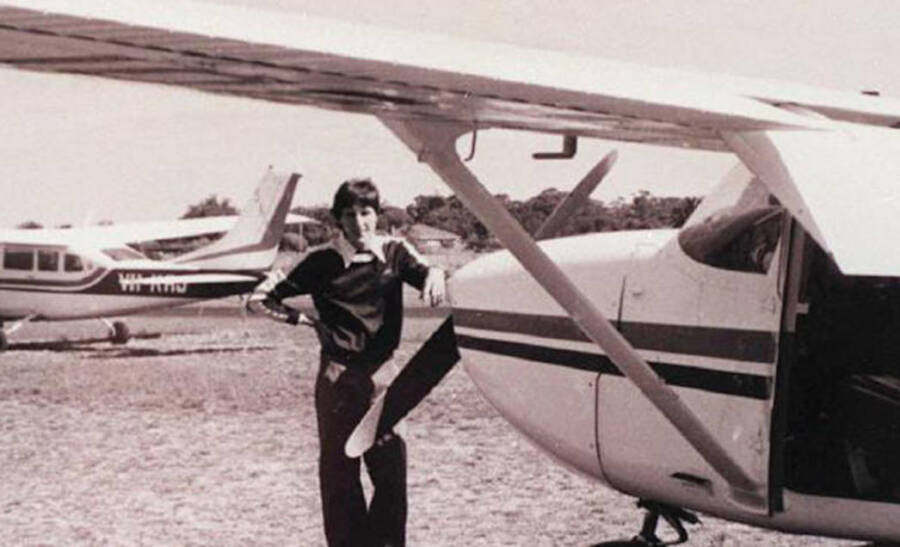 The Herald SunFrederick Valentich with his plane shortly before his disappearance.

Frederick Valentich was conducting a routine training flight over the Bass Strait between the Australian mainland and Tasmania on Oct. 21, 1978, when he mysteriously disappeared. The 20-year-old was an experienced pilot with around 150 hours of flying time under his belt and operating a light Cessna 182L when he vanished.

Shortly after departing Moorabbin for King Island, Valentich radioed the Melbourne Flight Service with an astonishing report: there was an unidentified aircraft tailing him at 4,500 feet. He described its high speed and its four bright landing lights and said it had passed about 1,000 feet above him.

Valentich even narrated the craft’s movements for five minutes, positing that whoever was piloting the craft was toying with him. He said it was a shiny, metallic vessel, with a green light on it. 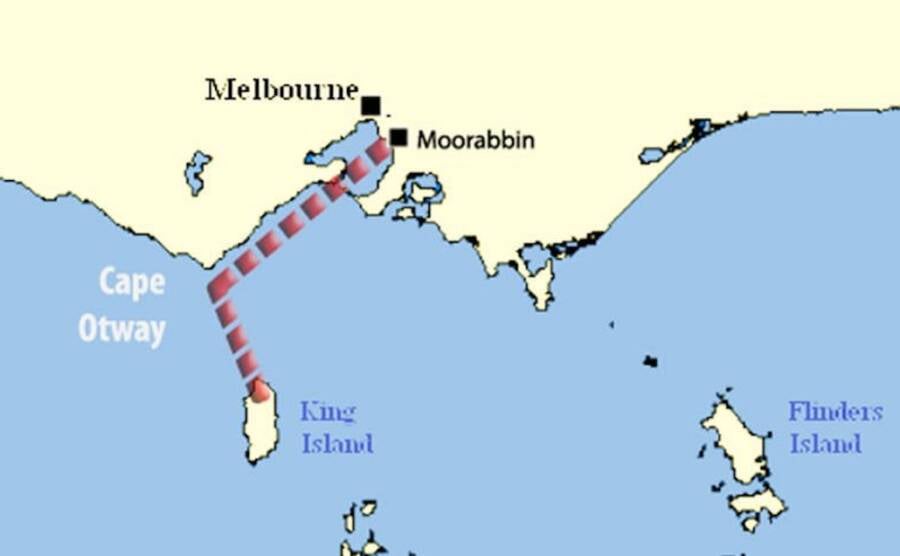 Suddenly, Valentich experienced some harrowing engine trouble. When Melbourne Flight Service officials asked him one last time to describe the mysterious aircraft above him, he responded with some of the most ominous last words ever recorded, “It isn’t an aircraft,” he said.

The transmission was suddenly cut off. The last thing Melbourne Flight Service officials heard was a “metallic, scraping sound.”

Authorities figured the pilot had crashed. However, a sea and air search yielded no sign of his plane. The missing person case was rather quickly closed, but five years later, an engine cowl flap matching Valentich’s plane washed ashore on Flinders Island in Australia. 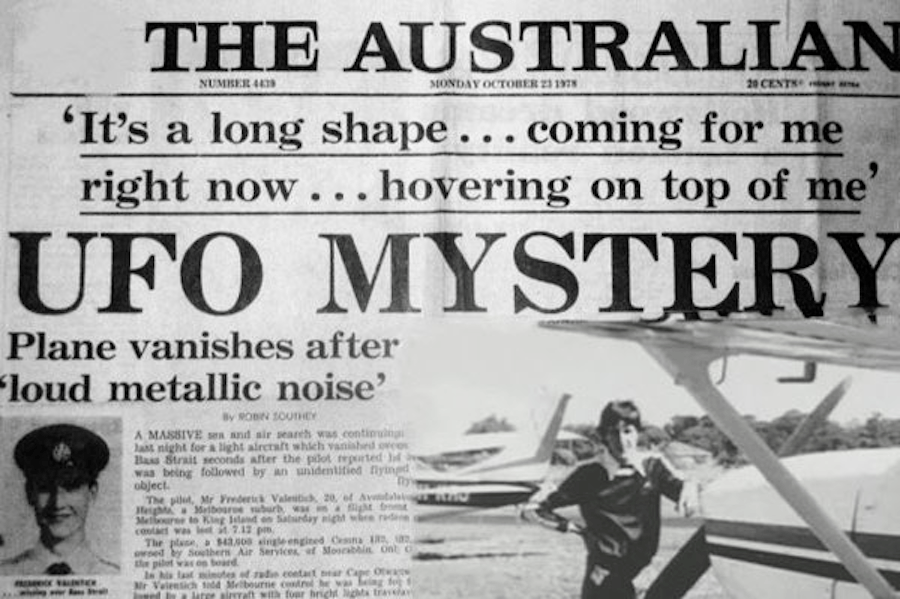 Things got stranger when the pilot’s father revealed that his son had been an “ardent believer” in UFOs and even actively worried about encountering one. In 2014, a UFO Action group in Victoria claimed that an unidentified farmer saw a 90-foot craft hovering above his farm the morning Valentich disappeared.

The anonymous individual even stated that Valentich’s missing plane was stuck to the side of this UFO. Unfortunately, the man’s identity has yet to be revealed and no further developments regarding Valentich’s mysterious disappearance have sprung up ever since.