Tara Calico’s Unsolved Disappearance — And Reappearance In A Polaroid 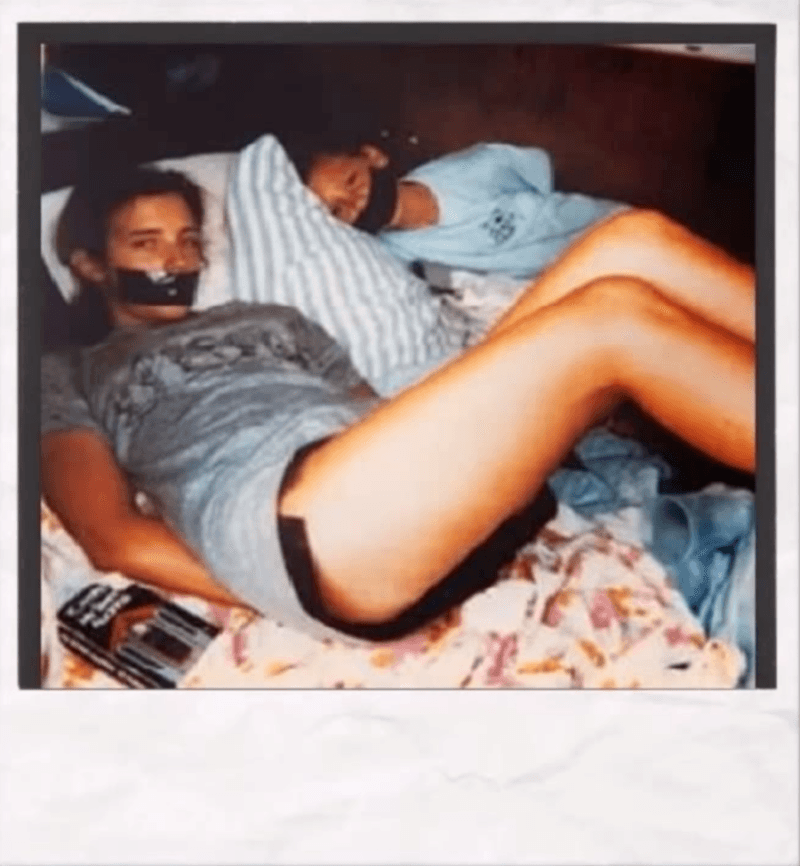 YouTubeBoth Calico’s mother and Scotland Yard believe that this 1989 polaroid features Calico — a year after her mysterious disappearance.

On Sept. 20, 1988, Tara Calico left her home in Valencia County, New Mexico for her daily bike ride. The 19-year-old was never seen by her loved ones in the flesh again, but her mother does believe that she surfaced in a Polaroid the following year, in which she is shown tied up. Investigators have been baffled ever since.

As she headed out the door the morning of her mysterious disappearance, Calico jokingly told her mother Patty Doel that she’d better come find her if she didn’t get home by noon. The young woman had a tennis date with her boyfriend at 12:30 p.m. and told her mother that she was determined to be back by then.

When noon came and went, Calico’s mother drove up and down her usual bike route to look for her — but to no avail. Her mother then contacted the police, but a subsequent search party yielded few clues.

Pieces of Calico’s walkman and cassette tape were found on her route, but police were convinced that these had been broken by Tara on purpose in order to lead police to her. Then, her missing persons case went cold for the next nine months.

Authorities began to ask questions about Calico’s parents and home life. They tried to find out if there were reasons for her mysterious disappearance, such as abuse. Police found nothing but two distressed parents who loved their daughter dearly and wanted nothing more than for her to be found safely.

“There was just so much she wanted to fit into a day,” recalled her father John. “She was like a little machine. It was amazing.”

On June 15, 1989, authorities found a polaroid in a convenience store parking lot 1,500 miles away. It showed a teenage girl starkly resembling Calico and a young boy, both lying on sheets and a pillow, tied up with duct tape over their mouths.

Calico’s mother felt certain that this was her daughter. The girl in the photograph had the same scar on her thigh as Calico. While the FBI remained skeptical, experts at Scotland Yard in the U.K. agreed with her mother’s assessment.

Calico’s parents reflect on her disappearance and the police’s response to it.

Calico’s mysterious disappearance took yet another distressing turn when the Henley family came forward to claim that the young boy in the photo was their son. Michael Henley’s remains had been found in the Zuni Mountains in 1990. However, it’s likely that he died of hypothermia after wandering away from his family’s campsite.

Sheriff Rene Rivera of Valencia County suggested a rational explanation for the missing person case in 2008. He said he had received information that Calico was killed in a car accident while riding her bike. After being hit, Rivera said that a teenage driver disposed of the body in fear.

However, no arrests followed this claim and Calico’s parents moved to Florida in a desperate attempt to start anew. Calico has never been found.