Tara Calico disappeared in Belen, New Mexico on September 20, 1988. A year later, two Polaroids of a tied-up woman were discovered in Florida — was it her?

On the morning of September 20, 1988, 19-year-old Tara Calico left her home in Valencia County, New Mexico, to go for her daily bike ride.

Her route, along New Mexico State Road 47, was the same every day. Her mother, Patty Doel, knew it well because the pair of them often traveled it together. Lately, though, Patty had been skipping rides.

A recent incident in which a car drove aggressively close to her — deliberately passing her multiple times — had made her nervous and less inclined to ride. Tara, however, continued the tradition, cheerfully refusing her mother’s suggestion that she carry mace.

It was the same sunny stretch she had been riding for years, and nothing bad had ever happened. As she headed out the door, Tara jokingly told her mother that she’d better come looking for her if Tara didn’t show up by noon. She had a tennis date with her boyfriend at 12:30 that she was determined to keep. 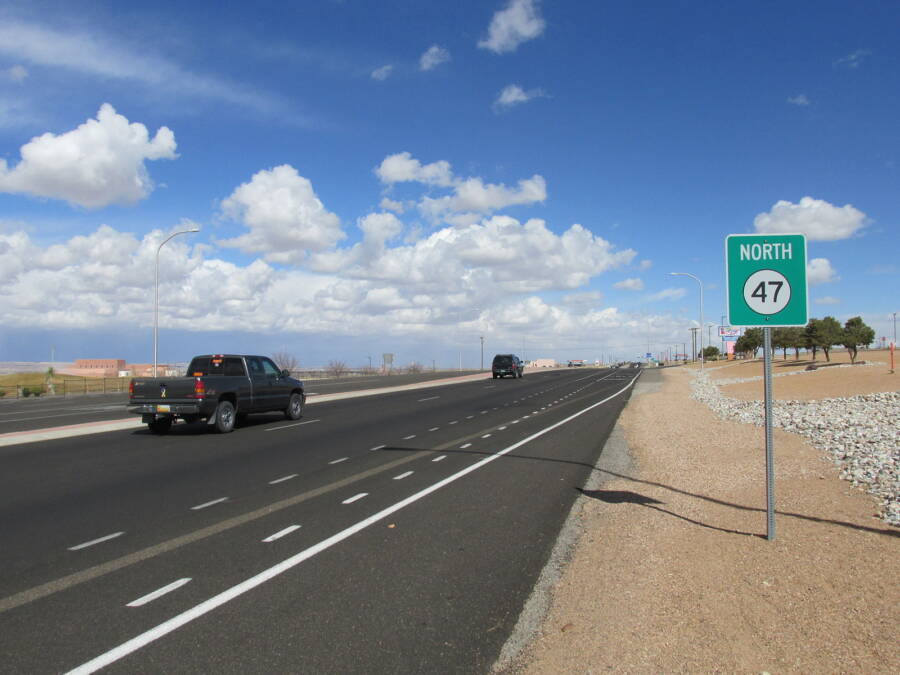 It was the beginning of a mystery that would, in time, consume the nation. But for ten months, Patty Doel and her husband John heard nothing.

On the afternoon Tara disappeared, Patty drove up and down their bike route, looking for any sign of her daughter. When she couldn’t find her, Patty contacted the police.

The search party they put together located neither Tara Calico nor her bike, and nobody who was questioned witnessed any kind of accident or abduction.

A few people recalled seeing Tara along the road, and one or two remembered a light-colored pickup truck they thought might have been riding along with the cyclist.

Police also found pieces of Calico’s Walkman and a cassette tape, which Patty would later become convinced were broken and dropped deliberately, part of her daughter’s effort to leave a trail. But Tara and her pink bike weren’t found.

The details of the case — what we know and what we don’t.

Without compelling evidence of foul play, police began to question John and Patty about Tara’s home life. Was their daughter happy? Did she ever talk about travel?

They suspected that the 19-year-old had run away from home — a hypothesis her family vehemently denied, describing Tara as a cheerful girl brimming with enthusiasm.

“There was just so much she wanted to fit into a day. She was like a little machine. It was amazing,” said a heartbroken John Doel, Tara’s stepfather.

Patty and John waited — and waited. But no further evidence was forthcoming. Tara Calico had simply vanished.

A Cold Case Heats Up As A Disturbing Clue Appears 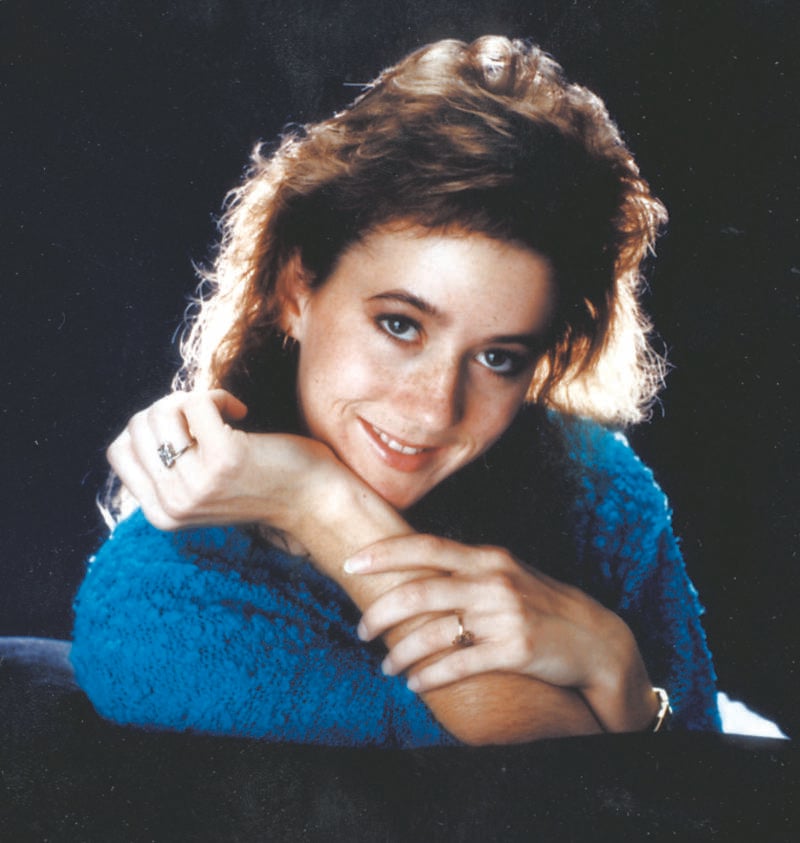 YouTubeOne of the last photos of Tara Calico.

Then, on June 15, 1989, nearly nine months after Tara Calico’s disappearance, a mysterious Polaroid picture was discovered in a convenience store parking lot in Port St. Joe, Florida, nearly 1,500 miles from where Tara had disappeared.

The eerie photo showed a teenage girl and a young boy lying on sheets and a pillow.

Both have duct tape over their mouths and appear to be bound. 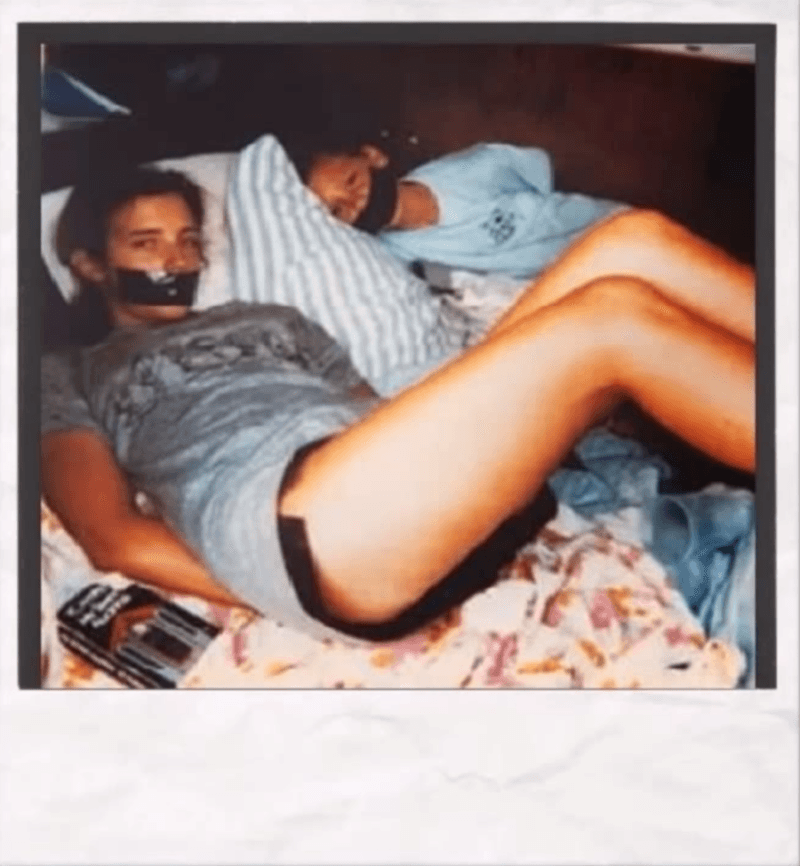 The woman who found the picture immediately called the police, telling them that a white Toyota van had been parked in the spot just before she got there. A mustachioed man in his thirties had been the driver.

Police staged a roadblock to intercept the vehicle, but the attempt to locate either it or its driver proved unsuccessful.

The polaroid gained national attention when it was shown on the television program America’s Most Wanted. Friends who tuned in to the show called Patty, telling her to look at the polaroid — was that Tara?

When Patty Doel first saw the photo, she wasn’t certain. But the more she looked, the surer she became.

The girl in the picture had a discolored streak on her thigh, a scar just like the one Tara had gotten in a car accident when she was younger. And then there was the dog-eared paperback next to her: V. C. Andrews was one of Tara’s favorite authors.

Patty was convinced: a little older and without makeup, Tara was looking back at her from the polaroid.

But the authorities weren’t so sure.

Experts at the Los Alamos National Laboratory doubted it was her, and the FBI was unable to offer conclusive evidence either way. Scotland Yard in the U.K., however, took a crack at the photo and concluded the girl was indeed Tara Calico.

What all parties agreed on was that the photograph had been taken recently. The polaroid could not have been taken later than May of that year; the stock it had been developed on hadn’t been available previously.

But beyond that, the authorities had nothing.

The waters were further muddied when the family of nine-year-old Michael Henley came forward to identify the young boy in the polaroid. Michael had vanished in New Mexico in April 1988 while on a hunting trip with his father, and for a time, both families waited anxiously for news.

But in the end, only one family received answers. In 1990, Michael Henley’s remains were discovered in New Mexico’s Zuni Mountains, just seven miles from the campsite where he disappeared. He had died of exposure long before the polaroid had been developed.

Where Is Tara Calico’s Case Today? 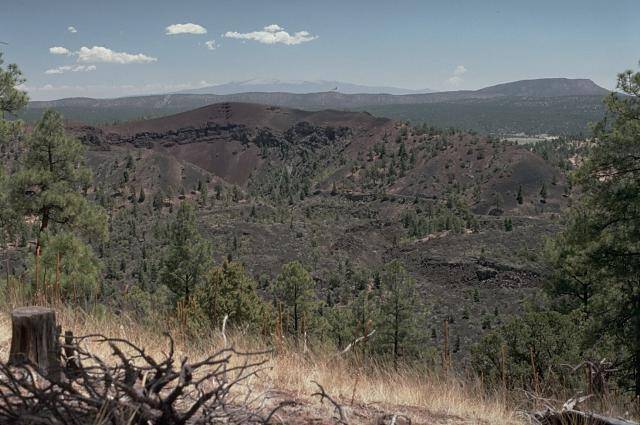 In the intervening decades, Tara’s case has remained cold, despite the creation of a 2013 task force to reinvestigate her disappearance.

In 2003, the Doels made the decision to move 2,000 miles from their home in New Mexico to Florida.

It was a move they had wanted to make for years, but they hadn’t been able to bring themselves to do it — they always half expected a break in their daughter’s case. After enduring dozens of fruitless tips and appearing on countless shows (Oprah, Unsolved Mysteries, 48 Hours, and A Current Affair) to beg for news of their daughter, they decided it was time.

“Here,” Patty Doel said of their home in New Mexico, “there’s not anything I can do that doesn’t remind me of Tara.”

A new development emerged in 2008 when Sheriff Rene Rivera of Valencia County, New Mexico, said he knew what happened to Tara Calico and who did it.

He didn’t name the suspects but said they were two men – teenagers at the time of the disappearance – who were following Calico on her bike when some kind of accident happened. In a panic, they disposed of her body. But without remains, Rivera said he couldn’t make an arrest.

John Doel was angered when he learned of Rivera’s claims. He said that there was no reason for the sheriff to publicly announce his suspicions if he couldn’t arrest the suspects.

Tara Calico’s family reflects on her disappearance and the police response.

Two other Polaroid photographs that could have been of Tara Calico have surfaced over the years. One was a blurry photo of a girl’s face with tape covering her mouth, found near a residential construction site in Montecito, California. Forensic evidence suggests it was taken sometime after May of 1989.

The second was of a woman loosely bound with her eyes covered, sitting next to a man on an Amtrak train, dated roughly to February of 1990.

No charges were ever brought as a result of either image. Patty Doel found the Montecito image compelling and believed it to be Tara; she didn’t, however, believe the girl on the train was her daughter.

Today, Tara Calico has been missing for more than 30 years. Her disappearance remains one of the most haunting cold cases in recent memory — and at this point, it seems that only chance will turn up answers.

After reading about Tara Calico, read about the unexplained disappearance of Kris Kremers and Lisanne Froon. Then read up on the case of Amy Lynn Bradley, who vanished from a cruise ship.