B. charon is a deep sea Godzilla compared to normal larvaceans. 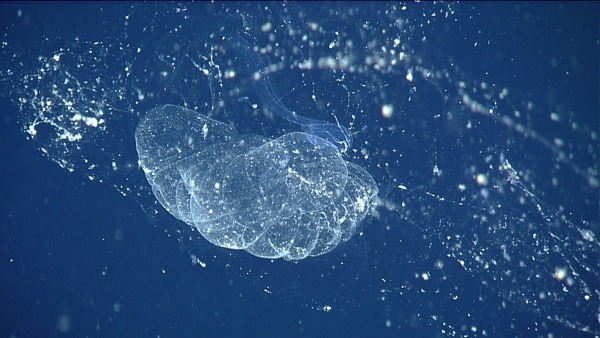 After more than a century of searching, scientists have rediscovered a relatively giant sea blob that some assumed never truly existed to begin with.

Named Bathochordaeus charon (B. charon) in honor of Charon, the notorious “ferryman of the dead” in Greek mythology, the creature has now made its first appearance in the official scientific record since 1899, according to the researchers’ report in the scientific journal Marine Biodiversity Records.

Indeed, it was more than a century ago when German biologist Carl Chun first discovered the species. In the decades that followed, there were several possible sightings, but nothing concrete, leading some to believe that the creature may never have actually existed at all.

“What’s amazing is that they were able to collect an animal in the 1890s using the technology of the time and still able to make a great drawing,” said Rob Sherlock, MBARI senior research technician, about the century-old discovery of this elusive larvacean, in a news release.

While larvaceans are common marine animals, these tadpole-like relatives of “sea squirts” are so small most people never even know they exist — not including the tail, they are typically less than a centimeter in length.

B. charon — a giant larvacean — is a deep sea Godzilla by comparison, capable of growing to more than four inches in length while enveloped in a cloud of mucus.

“We had no idea, until we looked more closely at the specimen, that we had actually found B. charon the species first described over a hundred years ago,” Sherlock told Live Science. “It felt like Chun had finally been vindicated after years of doubt.”

The scientific community began to doubt B. charon’s existence after marine researchers discovered Bathochordaeus stygius in 1936. The two species share many physical similarities, and some suggested that the alleged B. charon discovery was instead a B. stygius sighting.

But, the MBARI team has now captured a live B. charon with their remotely operated vehicle, proving the detractors wrong.

Still, scientists have much to discover about the giant sea blob. While they know B. charon feed by catching tiny food particles with a “net” made out of mucus as they float through the ocean, no one knows how these elusive creatures age, procreate, or simply live their lives.

“In many ways,” Sherlock said, “we know a lot more about the moon than we do about life in the ocean.”

Next, check out the 13-foot mystery sea creature that washed up in Mexico earlier this year, before discovering seven of the world’s most bizarre ocean creatures.