Stories village elders told of the temple buried in the dunes inspired younger people to pick up their tools and start digging. 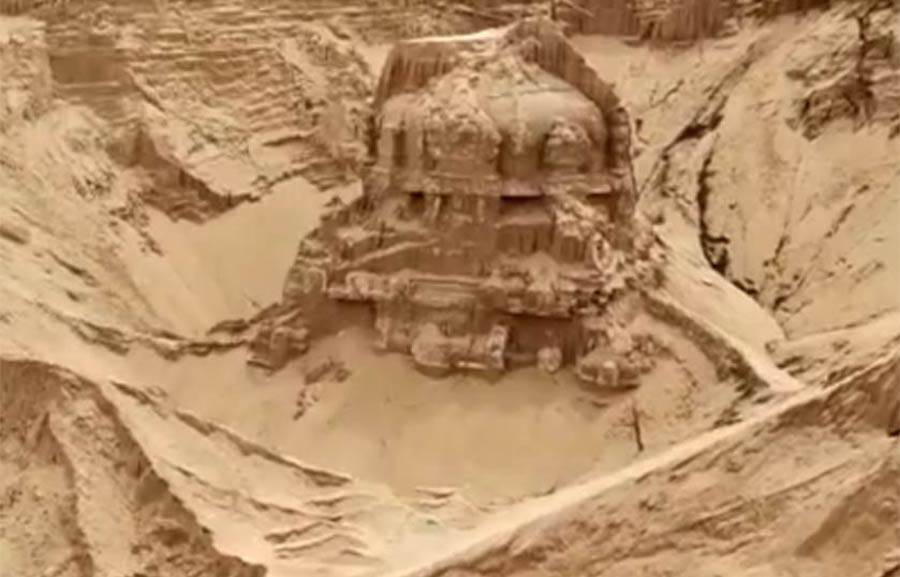 YouTubeNageswara Swamy was built at least 200 years ago, and was entirely buried in sand around 1940.

Nageswara Swamy temple in India has officially been rediscovered after 80 years buried in sand. Experts believe that the 200-year-old structure in Perumallapadu started to be swallowed up with the massive floods of 1850 — and was completely filled and covered with sand and sediment by 1940.

According to The Smithsonian, archaeologist Ramasubba Reddy said that the weather in 1850 so drastically changed the Penna River’s course that it began redirecting sand onto the temple for decades.

While it remains debated whether or not the temple is 200 or 300 years old, a few things are certain. According to Ancient Origins, the temple is dedicated to Lord Nageswara, an avatar of the God Shiva.

The older generations of Perumallapadu had fond memories of visiting the shrine, though their descendants were long entirely unaware of its existence. Only when the tales were told, did the effort to dig this temple up begin — an effort that might lead to a restoration of its former glory.

Footage of Nageswara Swamy temple in the midst of excavation.

“Now, some enthusiastic youngsters dug up the temple,” Perumallapadu resident Pothugunta Varaprasad told The New Indian Express. “We have plans to rebuild the temple to perform pooja.”

Remarkably, the effort to resurface the stunning structure was undertaken by about 35 people, some of them miners. Many of them had returned home in the wake of the COVID-19 pandemic, and stories of the lost temple invigorated them to do something about it.

“The elders of our village told us that the shrine was filled up with sand some 75 or 80 years ago,” said resident Vara Prasad.

After the troop of ambitious villagers raised enough money to fund the dig, the work began in earnest. Many even agreed to work on the excavation for free. In terms of its size, the fact that it took an entire day of digging in the sand merely to expose the temple’s pinnacle certainly contextualizes the heft.

While this success certainly proved that they had, indeed, located the temple, there is far more work to do until the project is completed. Like all Hindu temples, Nageswara Swamy’s sections follow a strict pattern established thousands of years ago — which all need to be exposed. 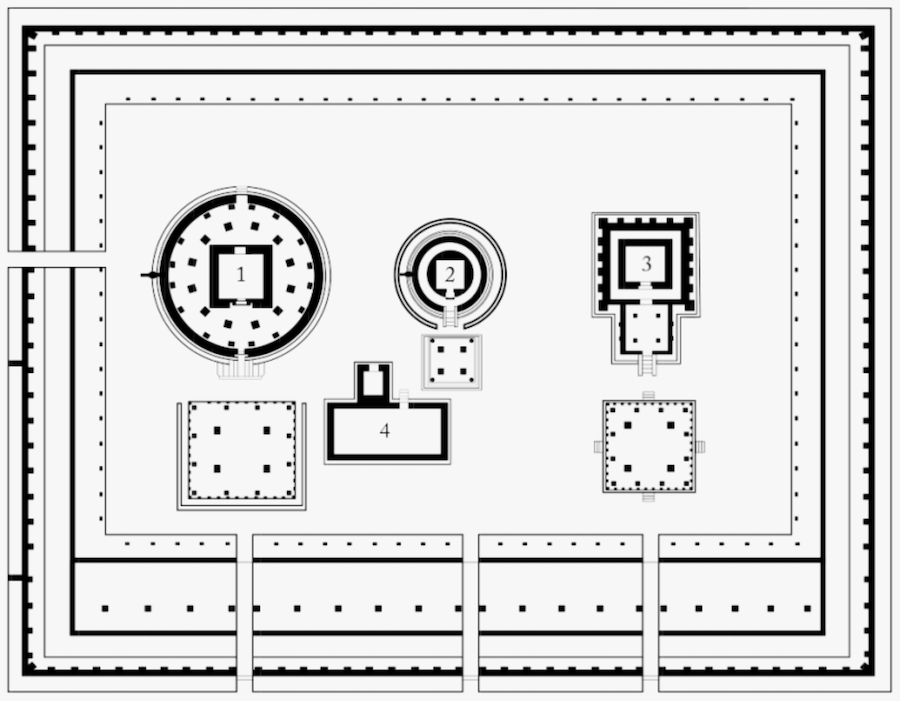 “The sanctum sanctorum is much deeper and the area in which it was found was in the Mukhamandapa,” said Prasad.

The sanctum is the shrine, honoring Shiva, while the Mukhamandapa is a small pavilion situated at the temple’s entrance. Despite the work ahead, the tireless efforts have already yielded a statue of Shiva.

Shiva is one of the most revered Hindu gods and the primary deity in Shaivism. Followers of the faith are known as Shaivites and believe that Shiva created the world. The deity is commonly depicted with a third eye across Indian religious art.

In Hinduism, a temple is the home of a divinity, and thereby sacred. Furthermore, legend has it that Nageswara Swamy was also consecrated by Lord Parashurama, an avatar of Lord Vishnu — making its excavation all the more essential.

As it stands, the villagers hope to complete the excavation and return the temple to its original purpose of worship. Reddy said that the site will soon be inspected to assess which next steps to take — with Prasad ensuring that they “will seek advice from the elders and priests” to do so.

After learning about the 200-year-old Hindu temple buried in river sand being unearthed by Indian villagers, read about Antony and Cleopatra’s tomb and the search for their bodies inside. Then, learn about researchers possibly having found Alexander the Great’s tomb after searching for millennia.