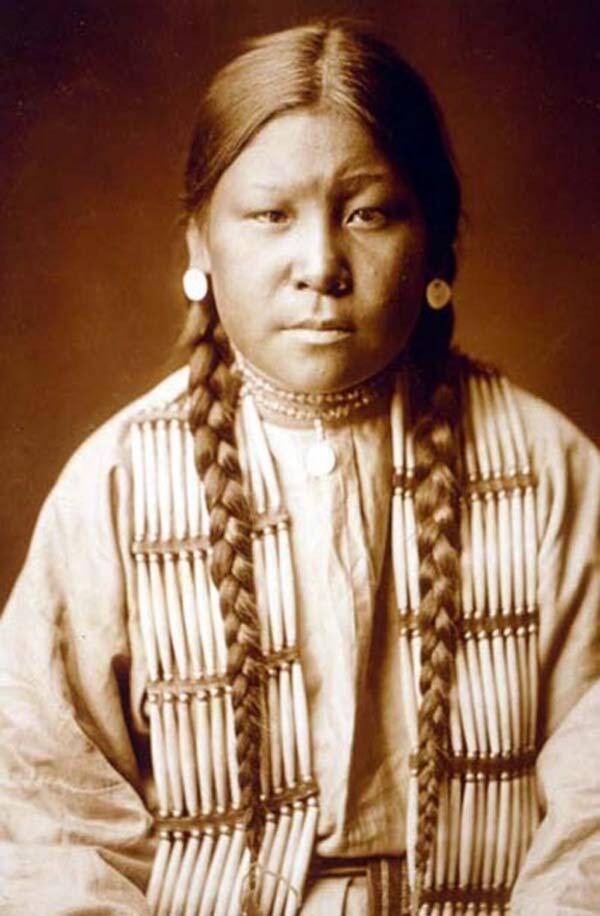 As the Battle of the Little Bighorn raged between U.S. troops and Native Americans in Montana, Lt. Col. George Armstrong Custer suddenly found himself facing a female fighter. Her name was Buffalo Calf Road Woman.

Not much is known about the woman who charged toward Custer, knocking him off his horse and quite possibly striking the final blow that killed him. Buffalo Calf Road Woman — also called Buffalo Calf Trail Woman or Brave Woman — was likely born in the 1850s to the Northern Cheyenne. She married a man named Black Coyote and had two children with him.

She first distinguished herself about a week before the Battle of the Little Bighorn during the Battle of the Rosebud. Then, Buffalo Calf Road Woman insisted on riding alongside male warriors as they set out to confront U.S. troops. Despite some grumbling from other fighters, they let her join.

During the battle, she sprang into action when she noticed that U.S. soldiers had trapped her brother, Chief Comes in Sight, in a gully. She rode straight into the melee, grabbed her brother, and pulled him onto her horse.

Her bravery impressed the other warriors, who dubbed the conflict “The Battle Where the Girl Saved Her Brother.” But Buffalo Calf Road Woman’s true claim to fame came about a week later, as the Northern Cheyenne, Lakota Sioux, and Arapaho faced off against Custer and his troops.

According to Wallace Bearchum, the Director of Tribal Services for the Northern Cheyenne, Buffalo Calf Road Woman acted bravely during the Battle of the Little Bighorn. Fighting “out in the open,” she never took cover during the conflict, and “she stayed on her horse the entire time.”

When Buffalo Calf Road Woman spotted Custer, she raised a club — and charged him. And according to the tribe’s oral history, her blow sent him flying off his horse, a move which may have led to his death.

Though the Cheyenne won the battle, they lost the larger war. Buffalo Calf Road Woman spent the rest of her short life fighting off attacks and seeking safety with her tribe. She died in 1879, likely of diphtheria.

Her story remained untold for over a century — but the Cheyenne never forgot about her. Fearing retribution, they kept their silence about the Battle of the Little Bighorn until 2005. Then, they told the world about Buffalo Calf Road Woman and the blow that may have very well killed Custer.