The chest itself was disintegrated and rusted, but the invaluable items inside were in pristine condition — and are now headed for display. 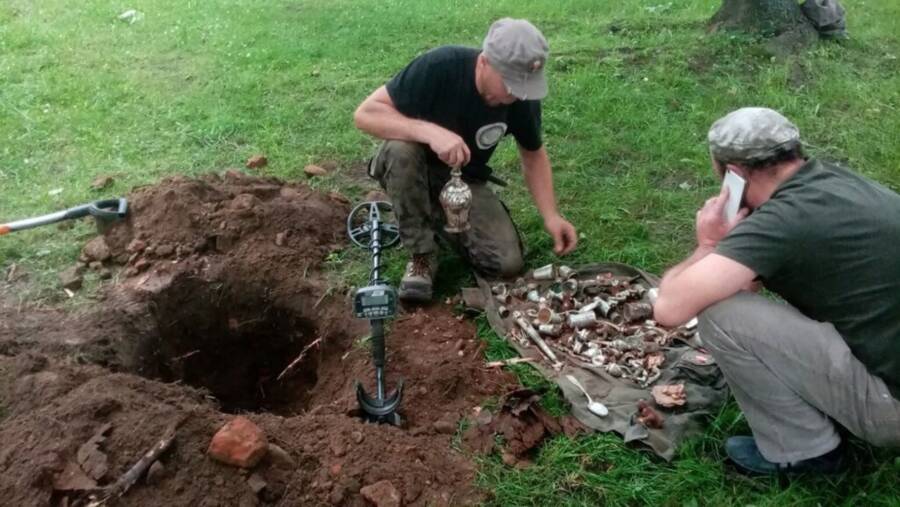 In June 1941, the Nazis took hold of Nowy Sacz Royal Castle in Poland and turned it into a barracks and ammunition depot. But based on a new discovery, it is clear that more than weapons were stored here.

According to Fox News, researchers have unearthed a literal treasure chest full of silver at the 14th-century fortress. The find comes nearly 80 years to the month of Germany’s occupation there, during which time the surrounding town of 20,000 Polish Jews was transformed into a ghetto.

The find was made by Stanislaw Pustułka of the Nowy Sacz Historical and Exploratory Association while he was examining the property for artifacts just like this.

“After a while, we saw silver, a lot of silver,” Pustułka said. 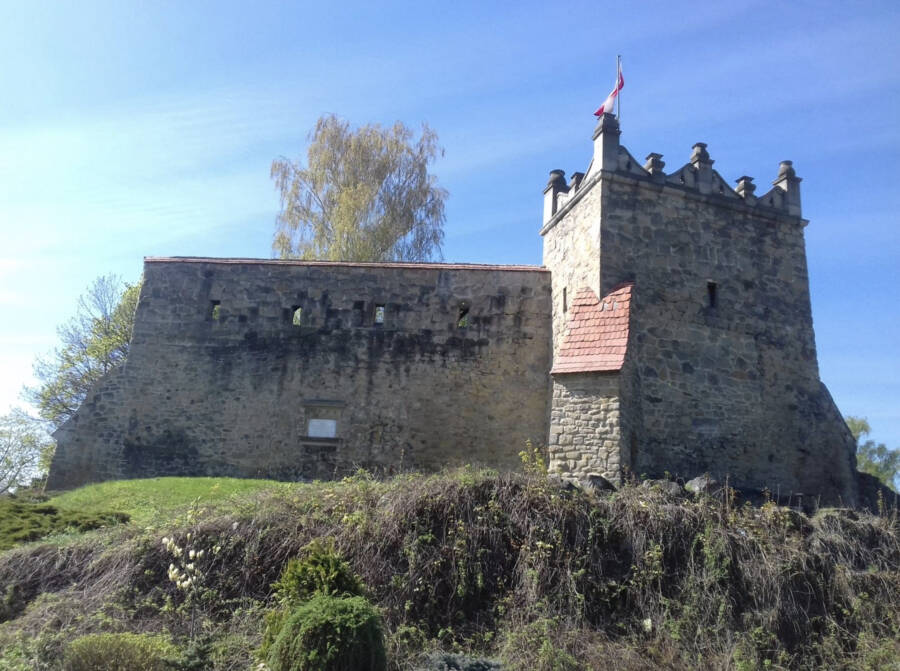 Nowy Sacz Historical and Exploratory AssociationNowy Sacz was blown up by Polish soldiers a few years later. Only the outer walls and a reconstructed keep remain.

The research team found a total of 103 silver objects that included homewares like goblets and cutlery. The Nowy Sacz Historical and Exploratory Association currently believes that these items were produced in Austria or Poland.

“It is Judaica, probably from the turn of the 19th or 20th century, connected to Jewish ritual and was probably buried during World War Two,” said local archaeologist Bartlomiej Urbański.

But questions around the treasure’s origins linger. “Is it connected with the buildings that used to be in this part of the city, or was it stolen by the Germans, who were then unable to take it away?” 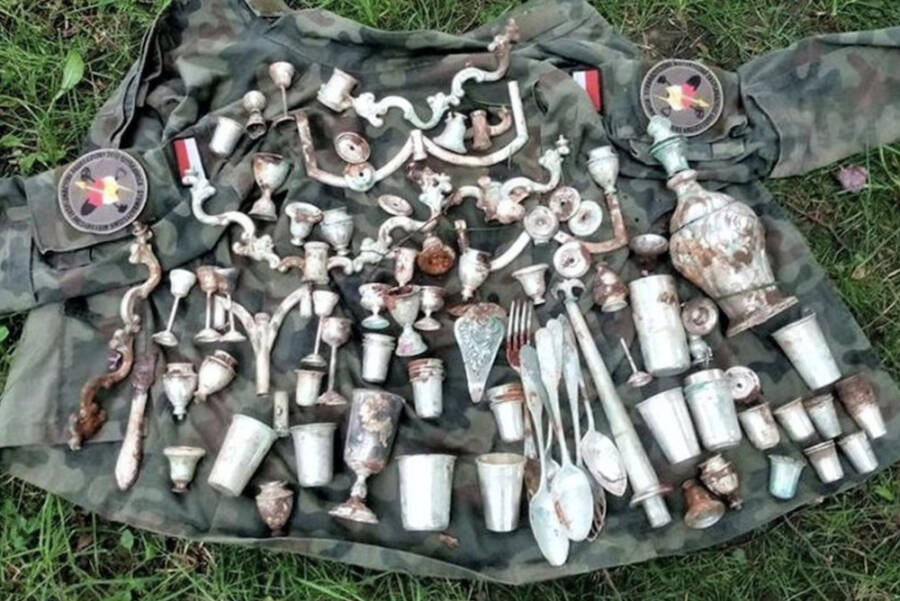 Nowy Sacz Historical and Exploratory AssociationIt is still unclear whether or not these items were stolen from Poland or transported to the castle from Austria.

Nowy Sacz Royal Castle was blown up by Polish soldiers in 1945, but not before all 20,000 Jews trapped in the ghetto were sent to the Belzec concentration camp.

Today, only the castle’s outer walls and a reconstructed keep remain. 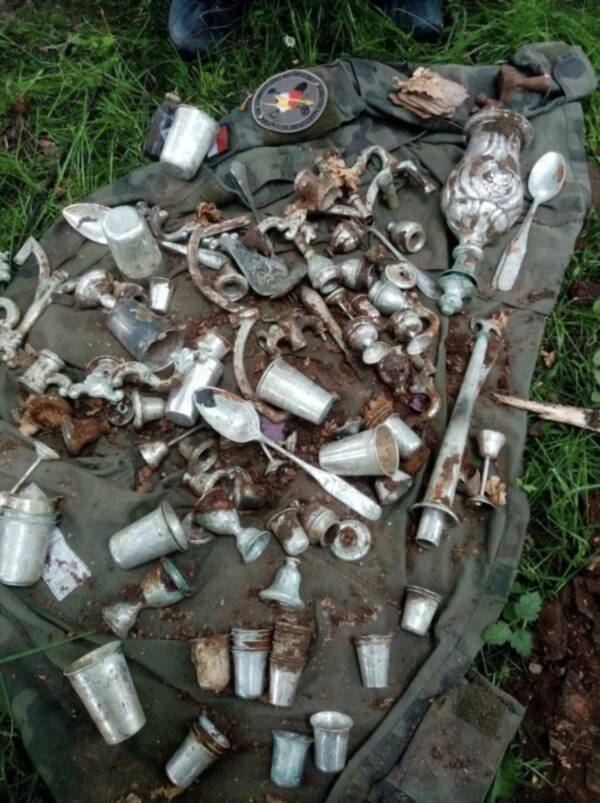 Nowy Sacz Historical and Exploratory AssociationThe recovered items will be put on display at the local Regional Museum.

For now, archaeologists will continue to dig on site and catalog their finds. These will be displayed in the local Regional Museum.

This isn’t the first such discovery on the castle grounds, however. Earlier this year, archaeologists uncovered 50 dinar coins from the 15th century about 65 feet from the silver-filled treasure chest.

And barely a month ago experts found the 75-year-old diary of an SS Officer which revealed that 28 tons of Nazi gold were stashed somewhere in Poland. The journal listed 10 other locations across Germany and the Czech Republic where such stolen treasures might remain hidden to this day.

Next up, read about how $130 million in Nazi gold were found in a sunken German cargo ship. Then, learn about the Forrest Fenn Treasure worth millions that people have died looking for.