The circumstances surrounding Nelson Rockefeller's final hours were highly contested in the days following his death. 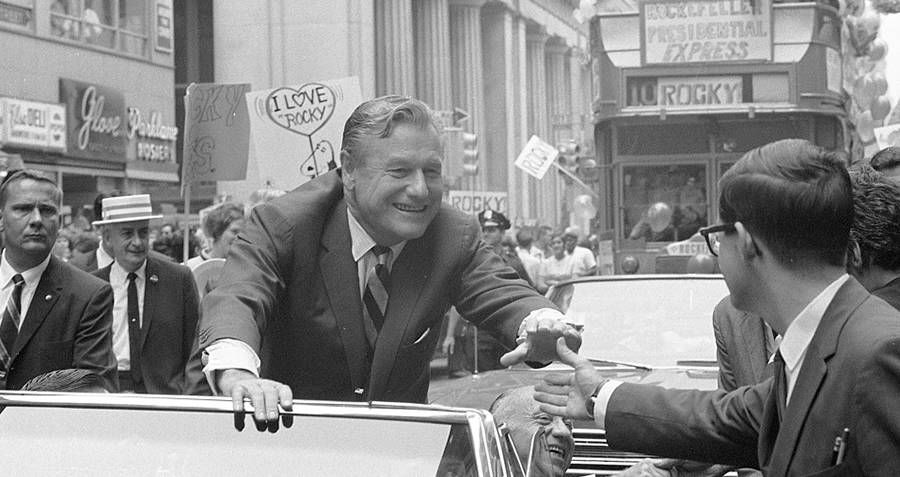 Wikimedia CommonsNelson Rockefeller hanging off the back of a car while on the Presidential campaign trail.

On January 26, 1979, at 12:20 AM, former Vice President Nelson Rockefeller died from a heart attack while sitting at his desk at Rockefeller Center, working on a book about his personal art collection.

At least, that was what the papers said.

In reality, on January 26, 1979, at 12:20 AM, former Vice President Nelson Rockefeller died from a heart attack while flat on his back and shoeless, in a secret apartment with Megan Marshack, a woman almost 50 years his junior.

As he was one of the most distinguished men in the country and a former Vice President of the United States and Governor of New York, it’s no wonder that Rockefeller family spokesman Hugh Morrow fudged the truth when it came to the shady circumstances of Nelson Rockefeller’s death.

After all, Nelson Rockefeller and his wife, Happy, were supposed to be just that – happy. How would it look for such a man to have spent the last moments of his life with the 22-year-old blonde whom he had been financially supporting?

Unfortunately for Morrow, and eventually the Rockefeller family, the truth eventually came out when the press realized that the official story didn’t quite match up with the police report. It turned out, for a spokesman, Morrow was pretty careless when it came to lining up the details of the evening. 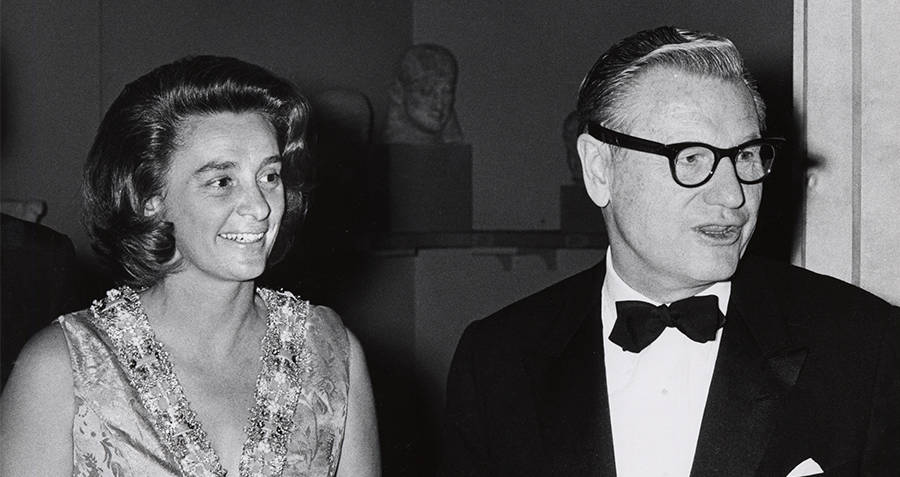 The true story was laid out in the official police report.

Shortly before 11 PM, on January 26, Nelson Rockefeller collapsed at his townhouse in Midtown Manhattan. He was found with a 22-year-old blonde whom Rockefeller had been with, in circumstances that were deemed “undeniably intimate.”

She attempted to resuscitate him, and called a friend of hers, news reporter Ponchitta Pierce, to come help her. Pierce eventually called the police, who arrived to find Rockefeller alive but unresponsive. Paramedics brought Rockefeller to the Lenox Hill Hospital, where he was checked in at 11:15 PM and pronounced dead at 12:20 AM.

Forty minutes later, at 1 AM, Morrow released an official statement from the family, claiming that the heart attack had struck at 10:15 PM. while Rockefeller was busy editing his book from inside his office in Rockefeller Center. Morrow claimed that he had been found by his chauffeur, who had called the police, that Rockefeller was checked into the hospital at 11:15 p.m., and that he had died at 12:20.

There was no mention of Marshack whatsoever in Morrow’s statement.

The next morning, however, the press was quick to pick up on the inconsistencies between Morrow’s statement, and the report from the police department. Why had it taken an hour for Rockefeller to get to the hospital? Who had called the police? And who, most importantly, was the blonde woman the police said had been with Rockefeller when he collapsed?

Morrow then released a second statement, that admitted that actually, Nelson Rockefeller had not been in his office, but at a townhouse that he kept on 54th street.

Again, the blonde was not mentioned, and again, the press called for Morrow to release more details. 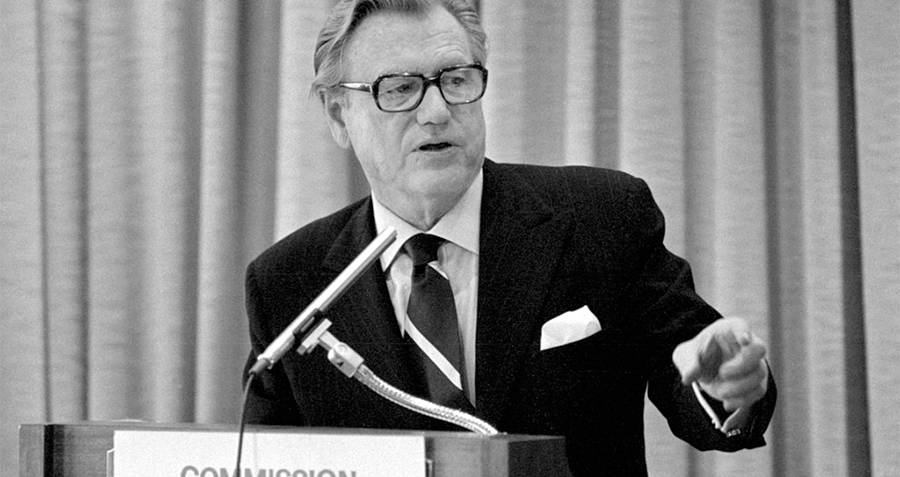 Wikimedia CommonsNelson Rockefeller in 1975, four years before his death.

Finally, Morrow released a third statement, in which he claimed he had just learned that Rockefeller’s young assistant was present at the time, and had been the one to call 911, but that was the extent of her involvement and she was now out of town and unavailable for questioning.

However, as the press pointed out yet again, there were holes in Morrow’s tale. Ponchitta Price had called the police, not Marshack, and furthermore, one news outlet had gotten in contact with Marshack shortly after Rockefeller’s death, and she had admitted to being in New York City.

Before long, the twisted details of his death had turned Nelson Rockefeller from a distinguished man into a tabloid frenzy.

It soon came out that Rockefeller had likely been having an affair with Marshack, as her apartment had been purchased by him, and furnished with pieces from his own antique and art collections. Furthermore, friends of Marshacks had come forward confirming the affair, claiming Marshack was nothing more than a gold-digger, who often gabbed about one day finding herself a rich husband.

Over time the scandal died down as it was overtaken by other, more interesting news, though the repercussions continued. Rockefeller and Marshack’s names were frequently brought up as the punch line of late-nite comedy jokes, and New York City’s chief medical examiner was actually fired for hinting that Rockefeller had died while having sex.

Finally, Nelson Rockefeller’s grandson, 18-year-old Steven Rockefeller publicly acknowledged the possibility of the affair, hoping to end the rumors once and for all. He even directed some of his comments at Marshack, saying that if he ever had the chance to tell her something, it was that he hoped she made his grandfather happy.

“I don’t know what Megan’s role was exactly,” he said, “but if she was involved with Grandaddy, I hope she did the best she could and that she was instrumental in some of his success.”

After learning about the strange death of Nelson Rockefeller, check out another mysterious story concerning a member of the Rockefeller family. Then, take a look at this photo of Rockefeller Center from 1933.