Walking The Line With Nik Wallenda

Known as the Flying Wallendas, Nik owes his passion to great grandfather Karl Wallenda, the legendary aerialist who brought his tightrope troupe to America in the 20th century and provided much-needed inspiration–and relief–to audiences around the world in the midst of crippling economic depression.

Despite Karl’s fatal Puerto Rico plunge in 1973, Nik has continued in tirelessly championing his family’s legacy. An insatiable appetite for risk and dogged pursuit of the impossible has led Wallenda to traverse vast, deadly spaces between skyscrapers and hotel high rises and even Niagara Falls–that is, of course, after he convinced Canadian officials to lift their ban on stunts performed there. 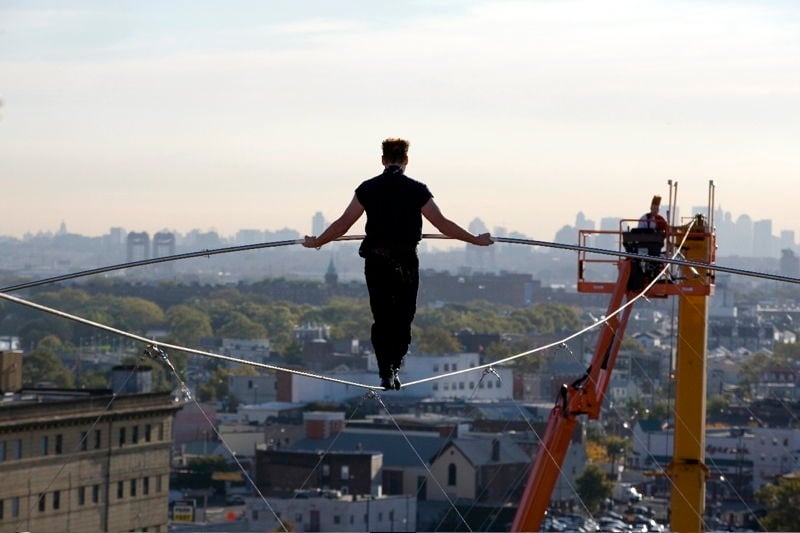 Tonight, Wallenda will balance on the whippet-thin line (a mere 2 inches think) between life and death when he crosses a gorge near the Grand Canyon–this line being a third of a mile long and suspended at a menacing 1,500 feet above the Colorado River. And no, Wallenda won’t be using any sort of safety net. Why does he persist in walking such a deadly line? Said Wallenda to a doubtful Canadian customs agent, “to inspire people around the world to follow their dreams and never give up.” 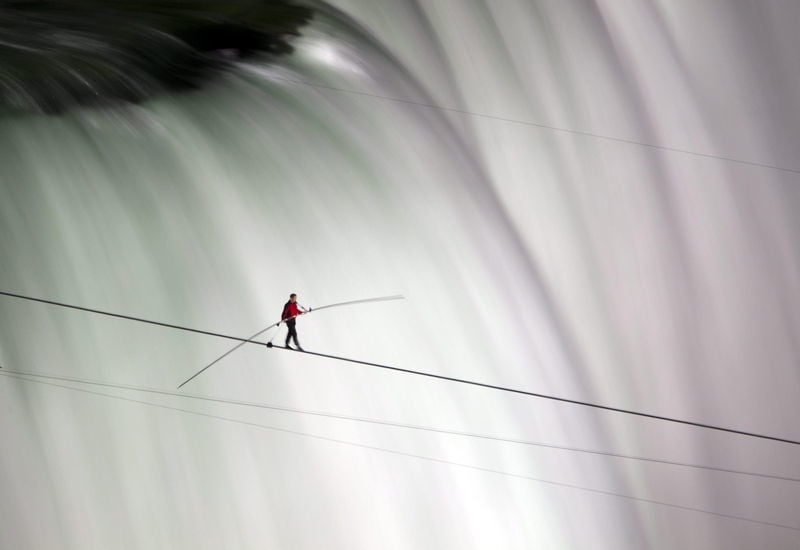 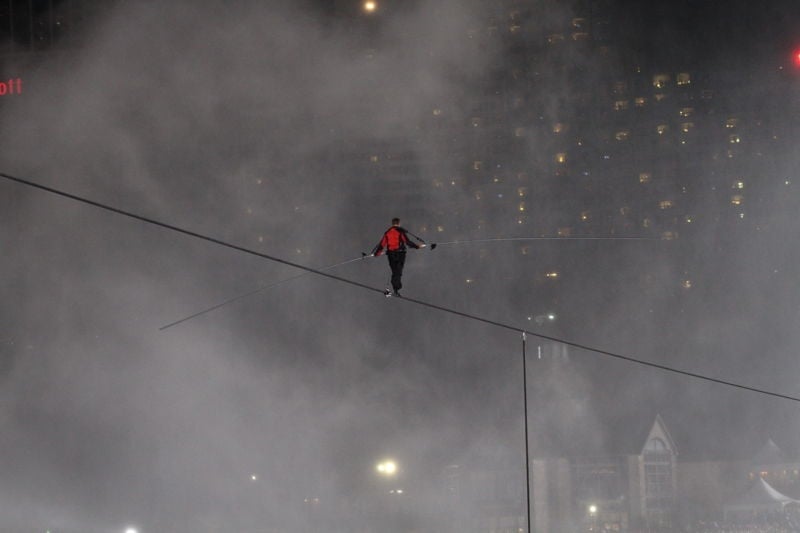 You can check out Wallenda’s walk on Discovery Channel at 8:00 pm. In the meantime, here are some stills of his stunts for your ogling pleasure. 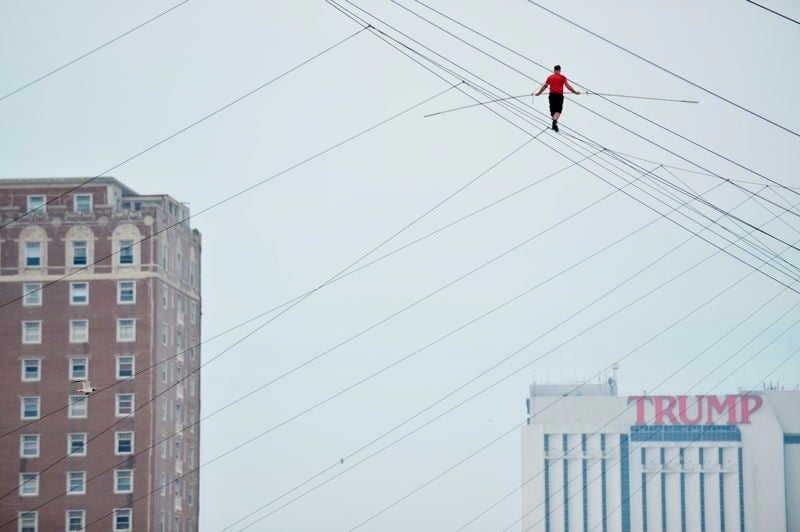 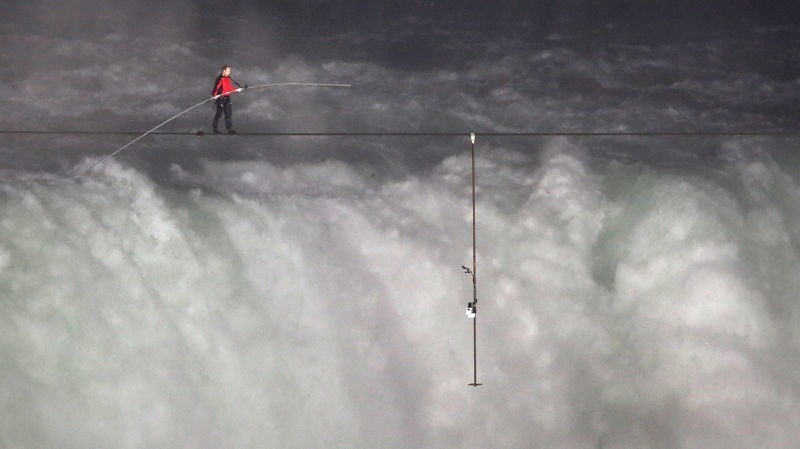 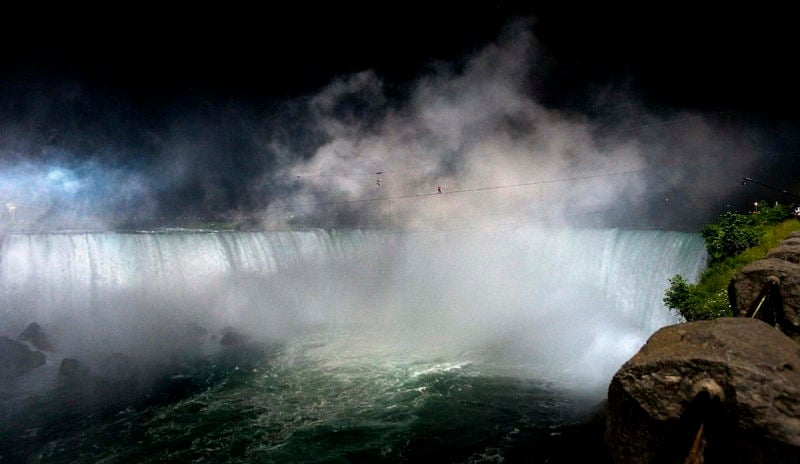 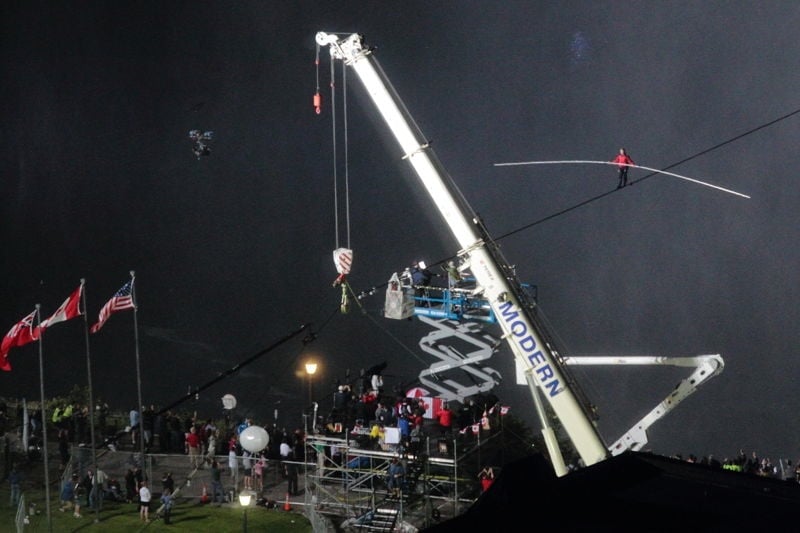 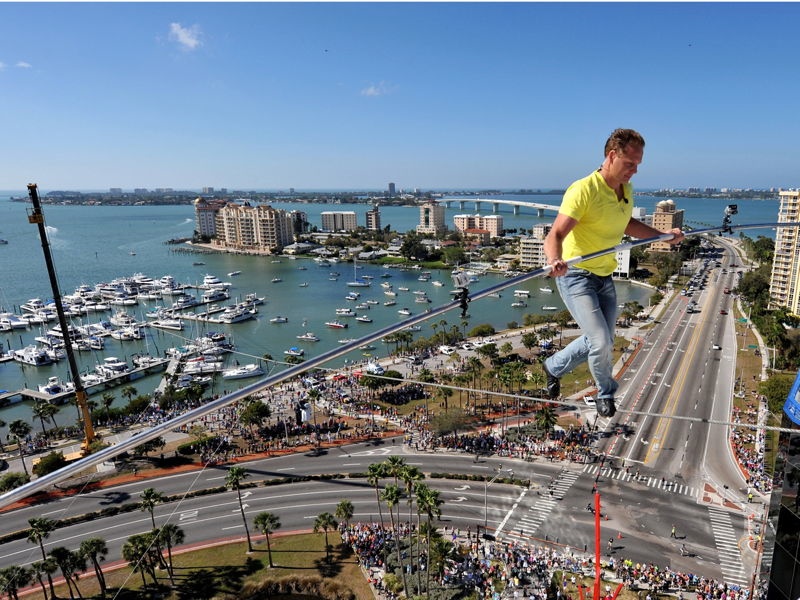 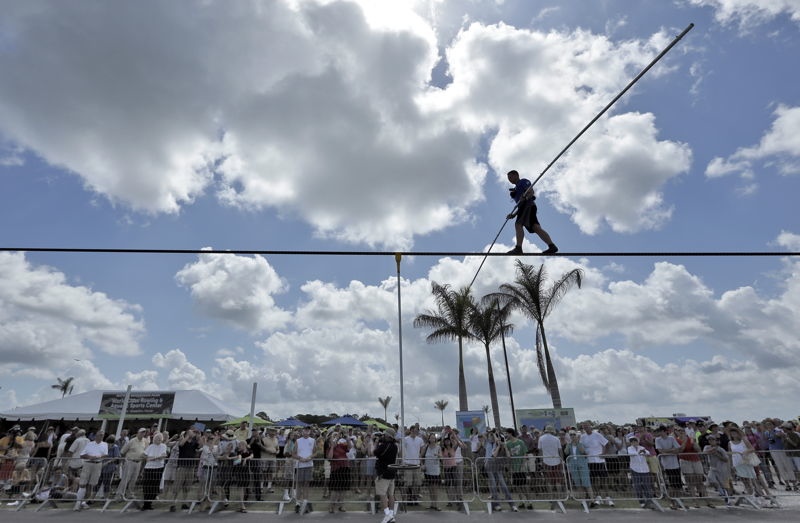 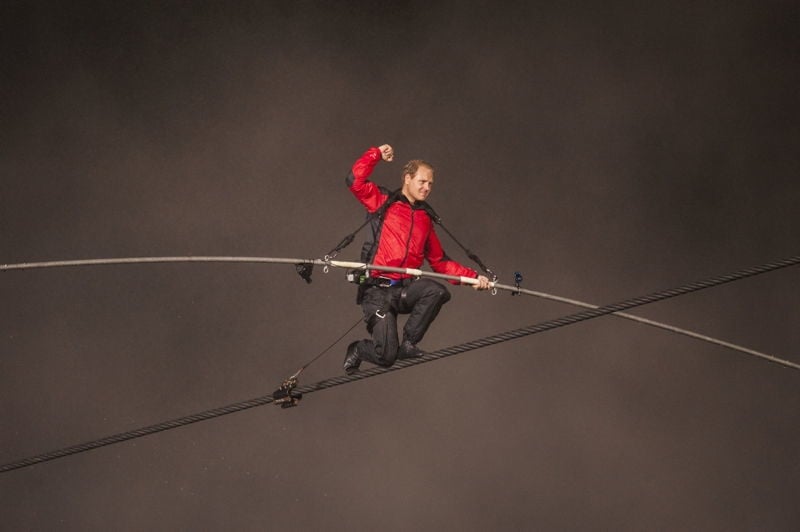 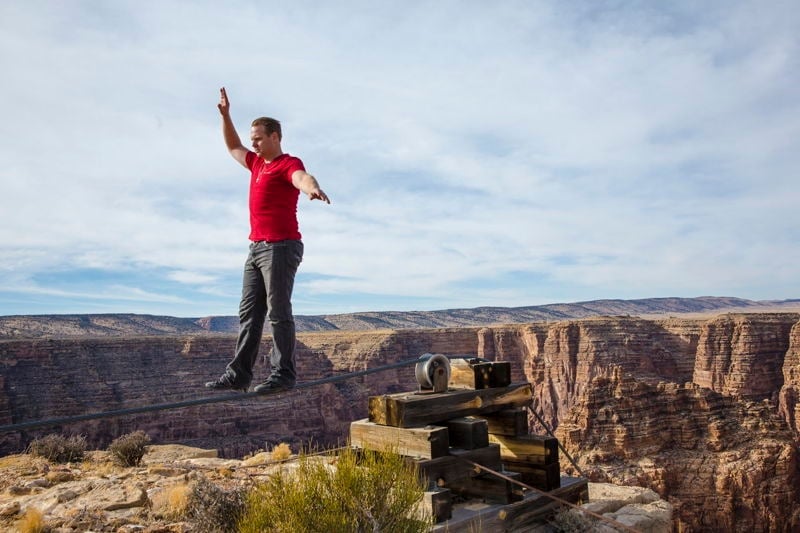 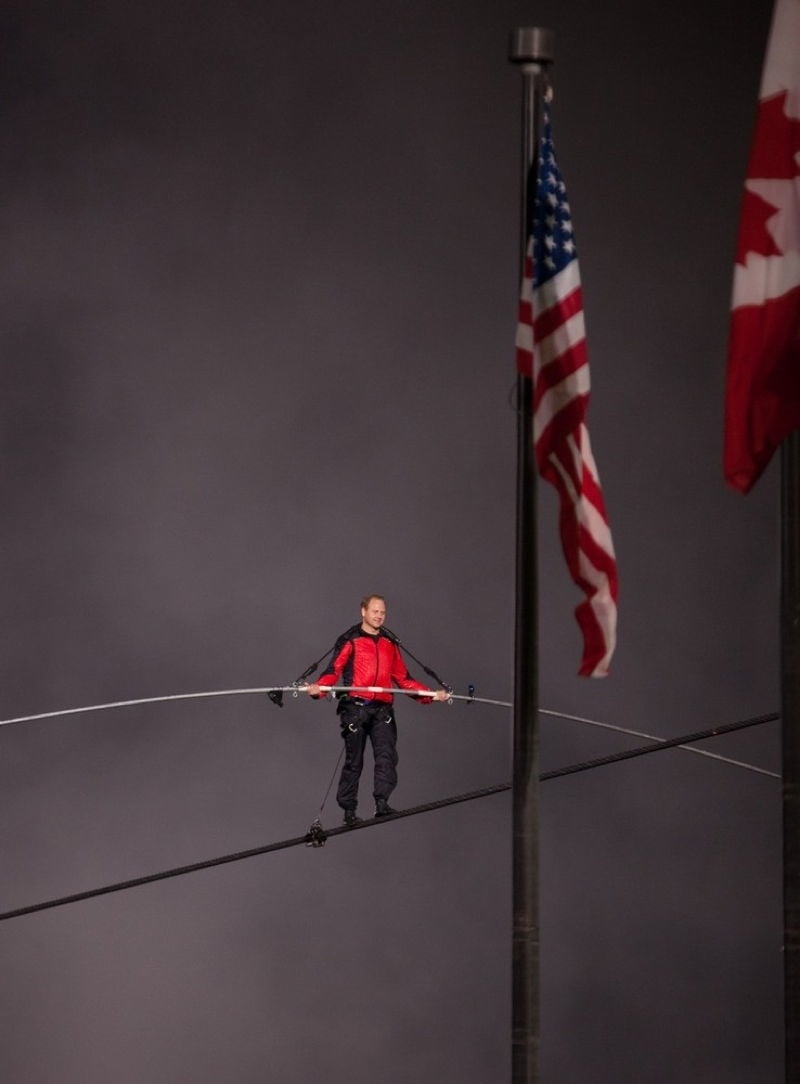 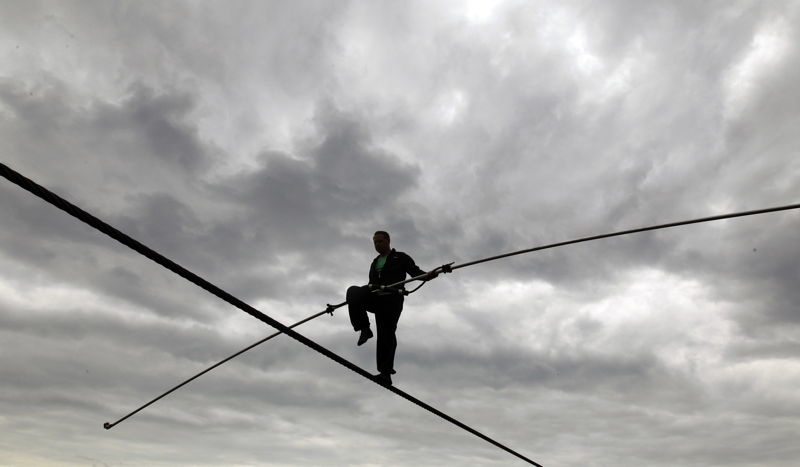 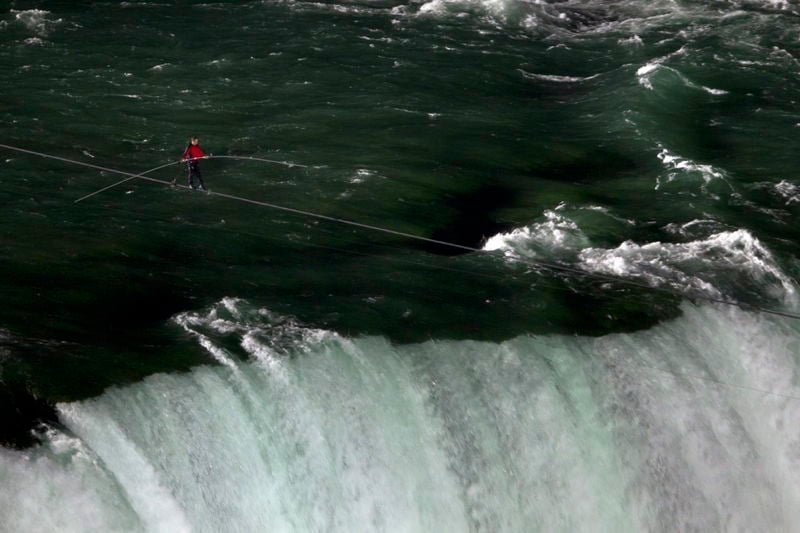