“The people directly affected are no longer with us. But this also touches their families and the children.” 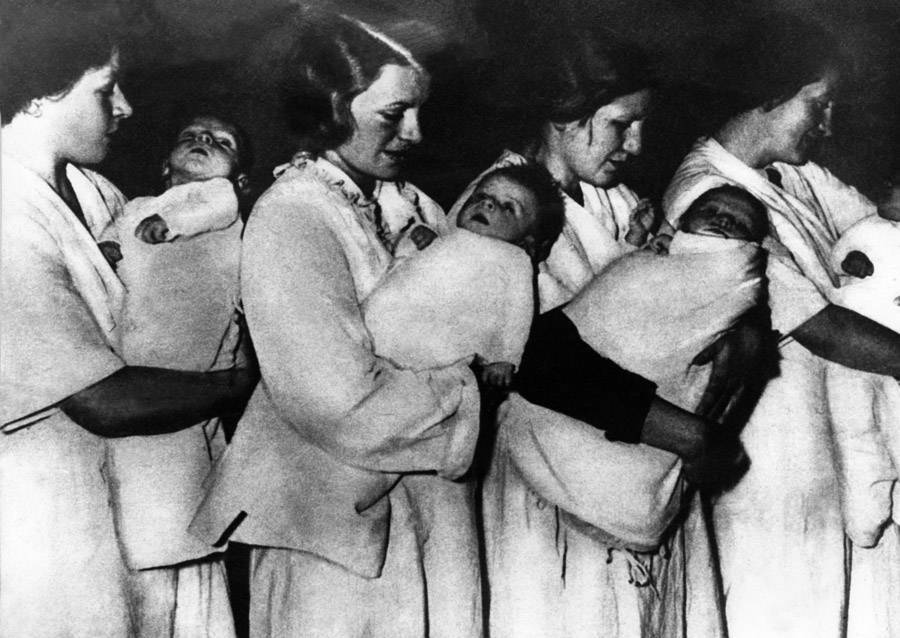 The Norwegian government has officially apologized to women who were persecuted for the relationships that they had with Nazi soldiers during World War II.

The New York Times reported that Prime Minister Erna Solberg issued the apology at an event on Oct. 23 to commemorate the 70th anniversary of the Universal Declaration of Human Rights.

Solberg bemoaned the undignified treatment that these women received following the collapse of the Nazi regime in Norway. The women that either had or were suspected of having sexual relationships with German soldiers were dubbed “German girls,” and often were arrested and in some cases stripped of their Norwegian citizenship and deported to Germany. 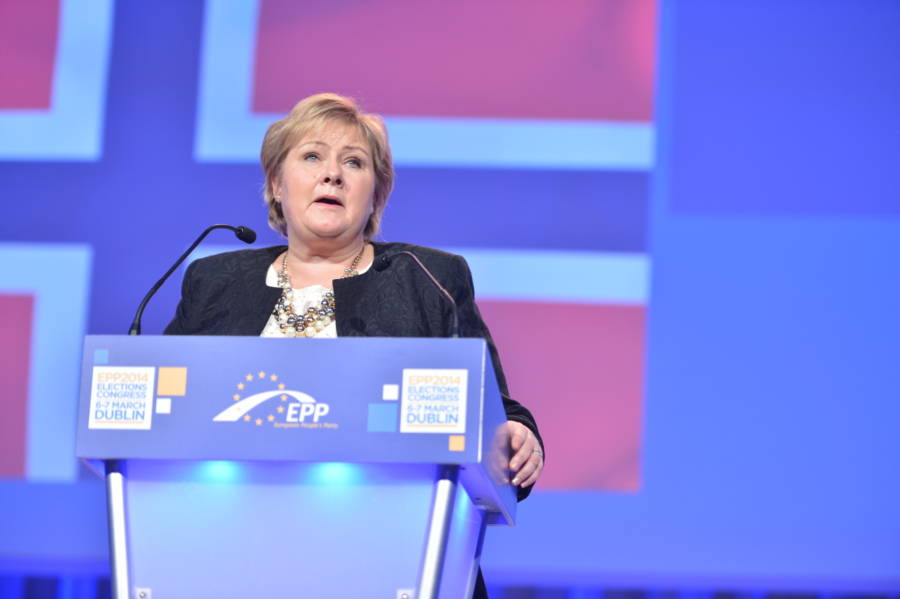 “For many, this was just a teenage love, for some, the love of their lives with an enemy soldier or an innocent flirt that left its mark for the rest of their lives,” Solberg said. “Today, in the name of the government, I want to offer my apologies.”

“Norwegian authorities violated the fundamental principle that no citizen can be punished without trial or sentenced without law,” said Solberg. 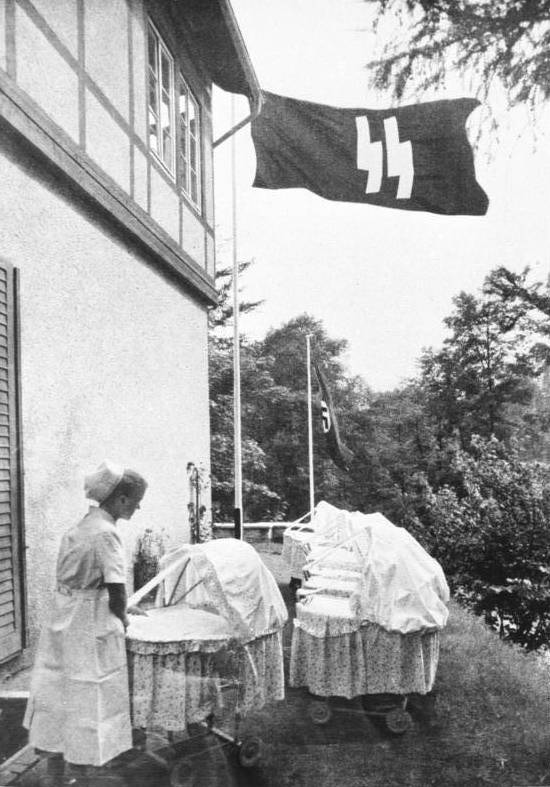 Some of the relationships in question grew out of the Nazis’ Lebensborn program, established in 1935. With a name that translates to “fountain of life,” the program sought to bolster the Aryan race by encouraging the reproduction between “races” that the Nazis deemed superior.

As a part of the program, Lebensborn homes were established where pregnant women that were considered to be racially superior gave birth and received child support. And when the Nazis occupied Norway in 1940, they soon began setting up an exceptionally high number of Lebensborn homes throughout the territory.

“It has something to do with how the Nazis saw Norway, as a country, a society, close in racial terms to Germany,” Patrick Bernhard, an associate professor of modern history at the University of Oslo, said in an interview with the Times, referring to the Nazis’ high estimation of Norwegian racial superiority. 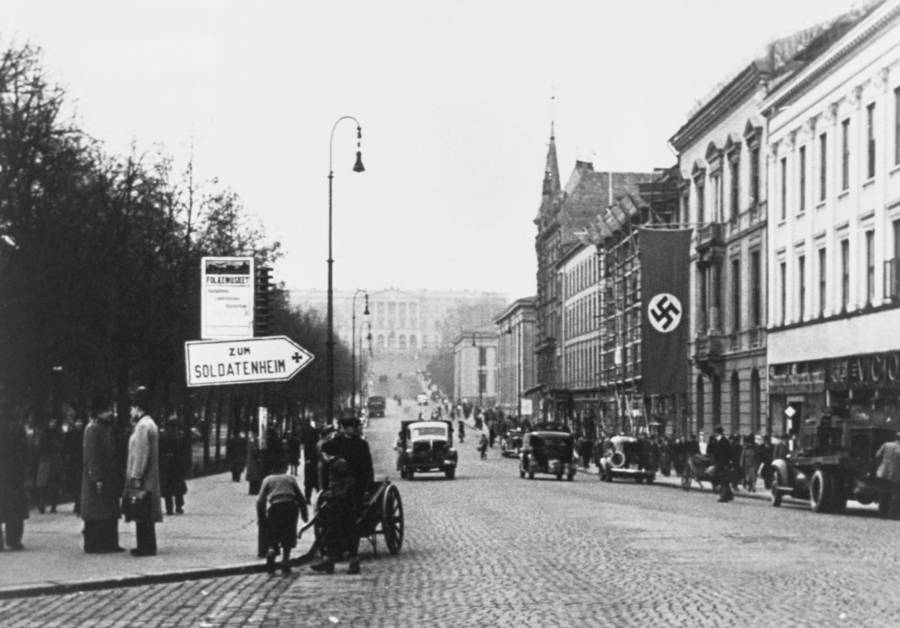 CORBIS/Corbis via Getty ImagesA Nazi flag flies in the Norwegian capital of Oslo during the German occupation.

Eventually, thousands of children were born in these homes in Norway. But after the war ended in 1945, the children born in Lebensborn homes and their mothers were ostracized and abused.

It wasn’t illegal for Norwegian women to have relationships with German soldiers, but the “German girls” and their offspring were treated like criminals.

“They were interned in special camps while waiting for their deportation,” said Kjersti Ericsson, a professor of criminology at the University of Oslo.

“Some got haircuts by mobs on the streets — street justice,” Professor Ericsson said. “The authorities saw the rage against the women, and wanted to punish them.”

According to Professor Bernhard: “The violence against these women was institutionalized in Norway.” This is the core of what this formal apology from the government addressed. 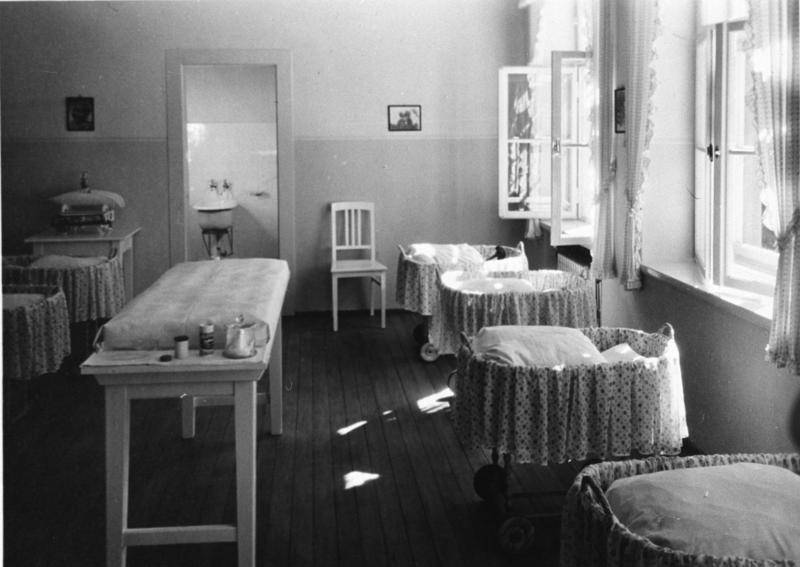 It’s now been 70 years since this abuse against Norwegian “German girls” and their children. Most of these children are now in their 70s, and it’s pretty unlikely that any of the “German girls” themselves were alive to hear this formal apology directed toward them.

But just because the “German girls” aren’t alive to witness this expression of regret, the act was well received by their children.

One of these children, Reidar Gabler — whose mother fell in love with a German soldier when she was 22 — went to watch the apology in person. As Gabler told Norwegian news media: “The people directly affected are no longer with us. But this also touches their families and the children.”

Next, take a look at these harrowing images of the largely-forgotten genocide in Nazi-occupied Poland. Then, experience some of the most powerful World War 2 photos that bring history to life.