An Evolution Of Stereotypes: The Nurse

Much to the chagrin of professional nurses everywhere, there are at least 5 unfair and outdated stereotypes that nurses endure on a daily basis. From saint to sex object, from mother-figure to battle-axe, and perhaps the biggest and most widely accepted stereotype of them all: that nurses are supposed to be women. 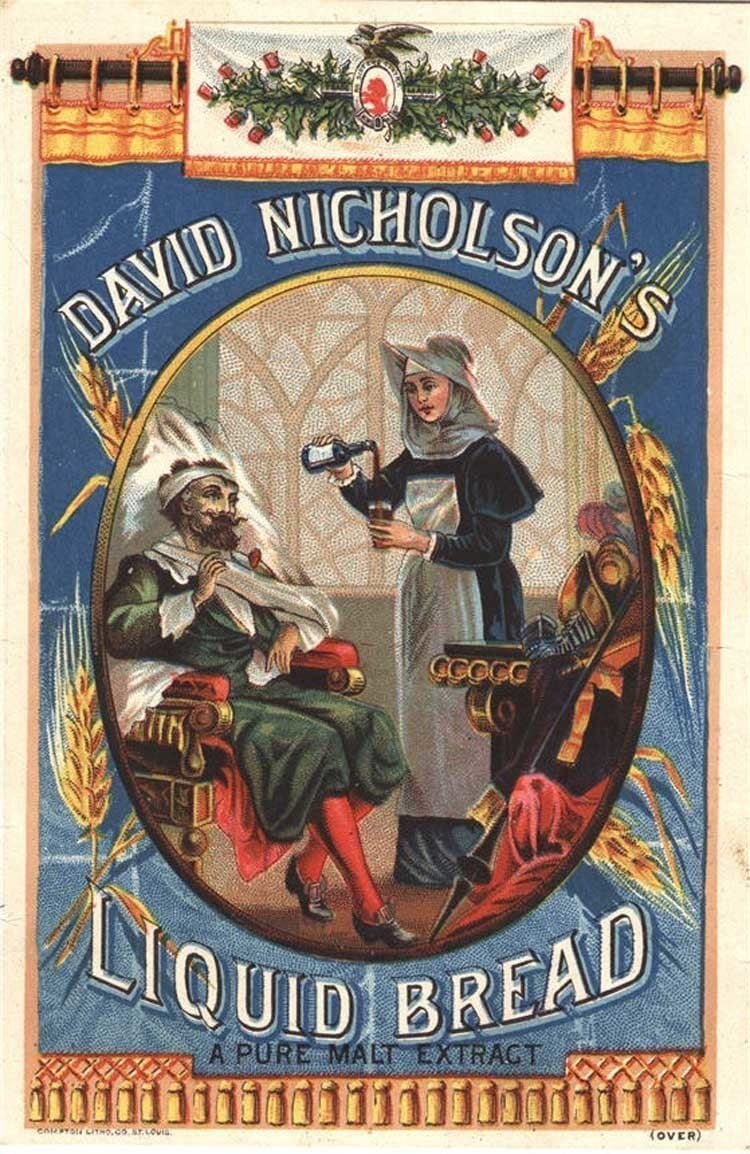 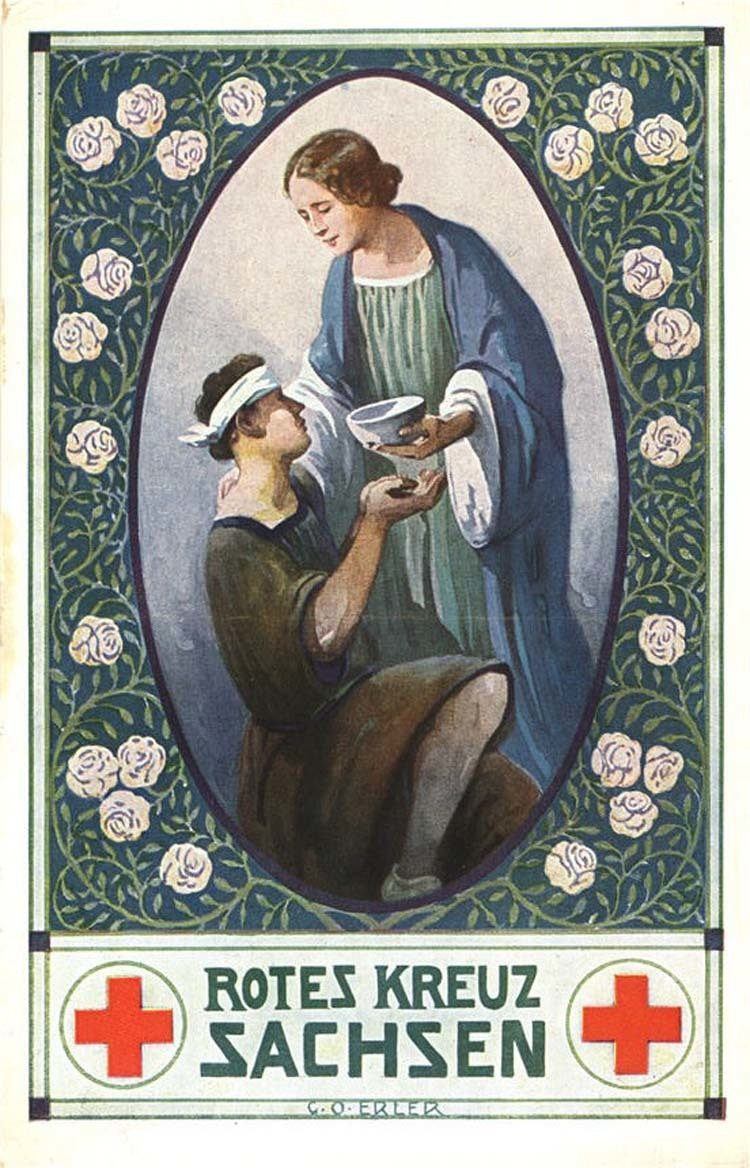 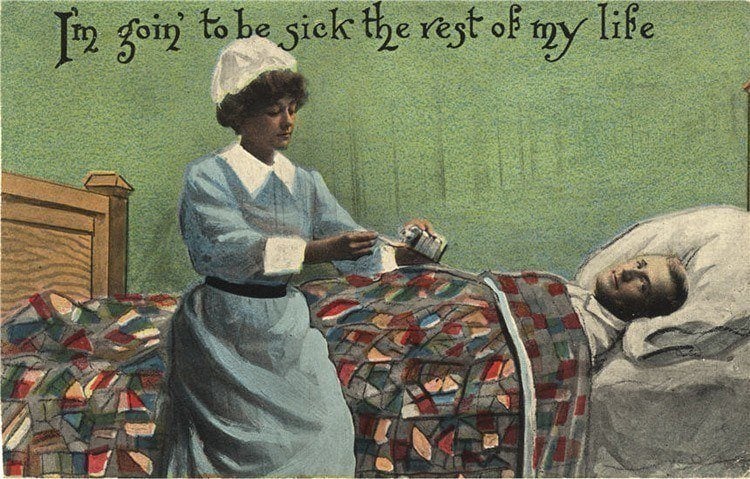 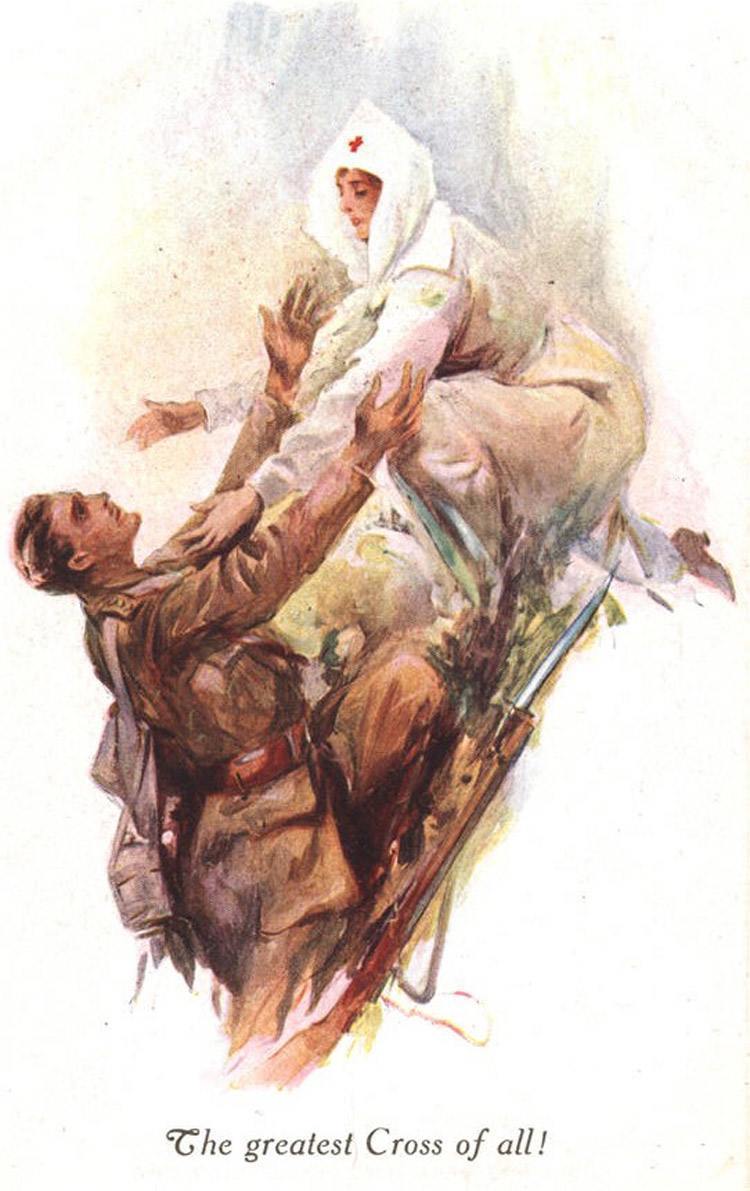 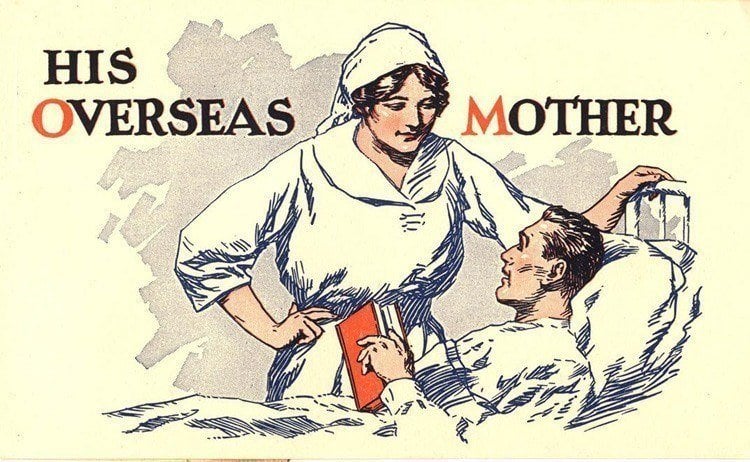 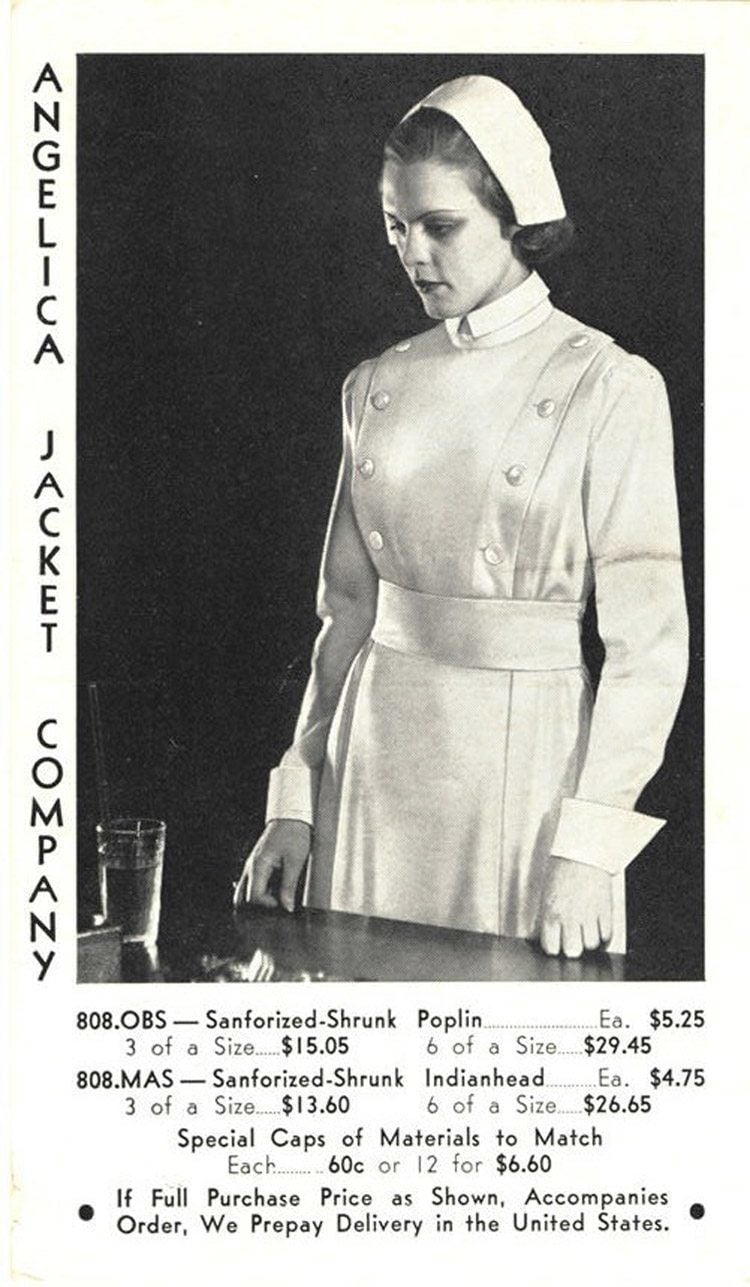 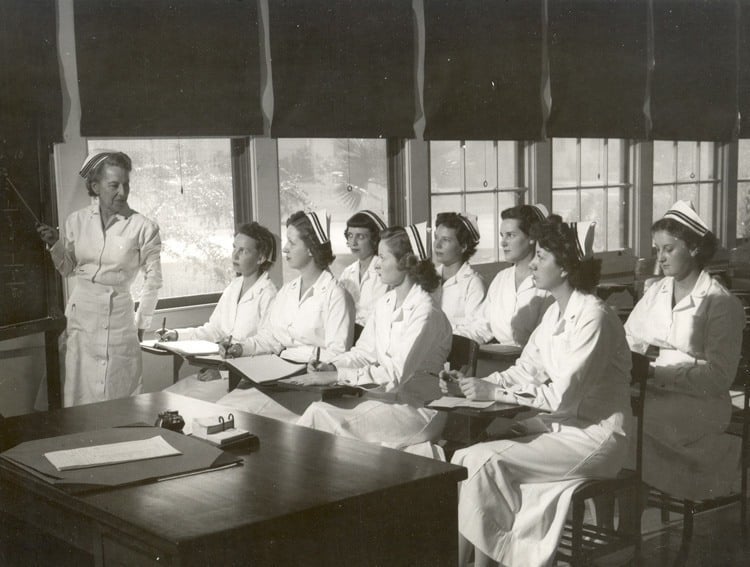 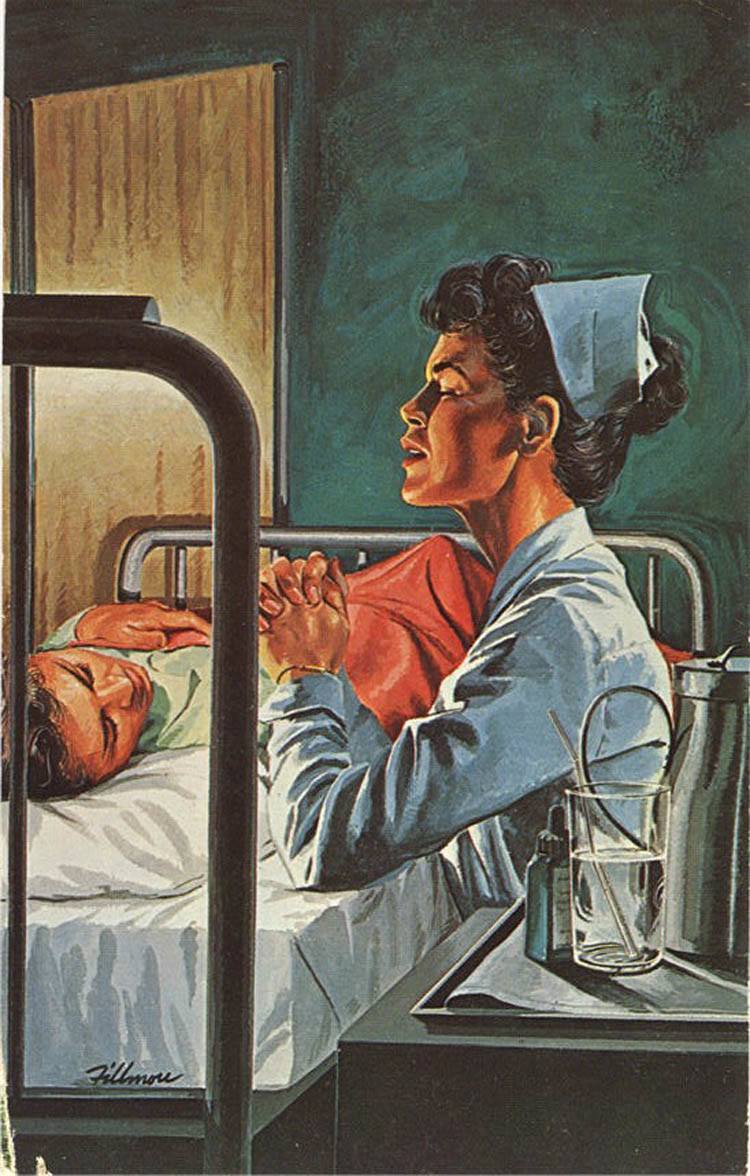 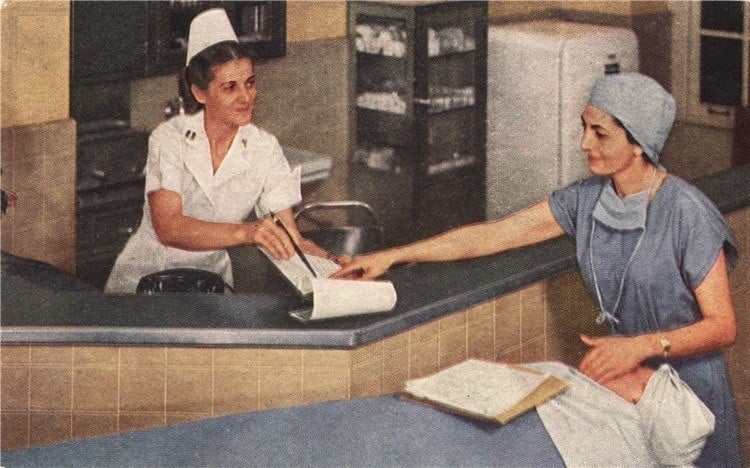 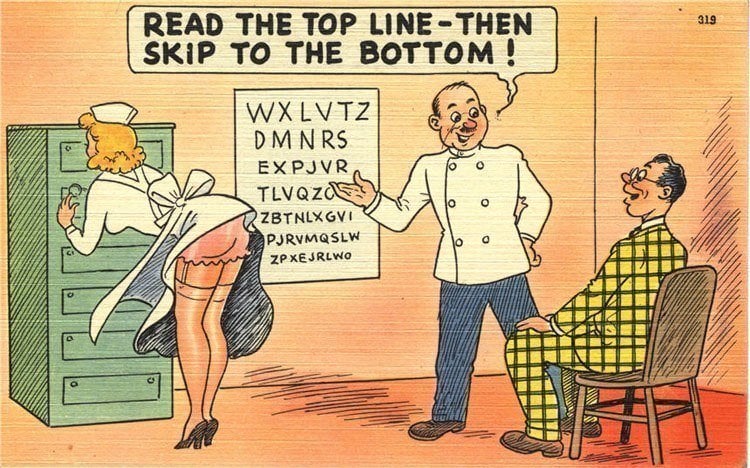 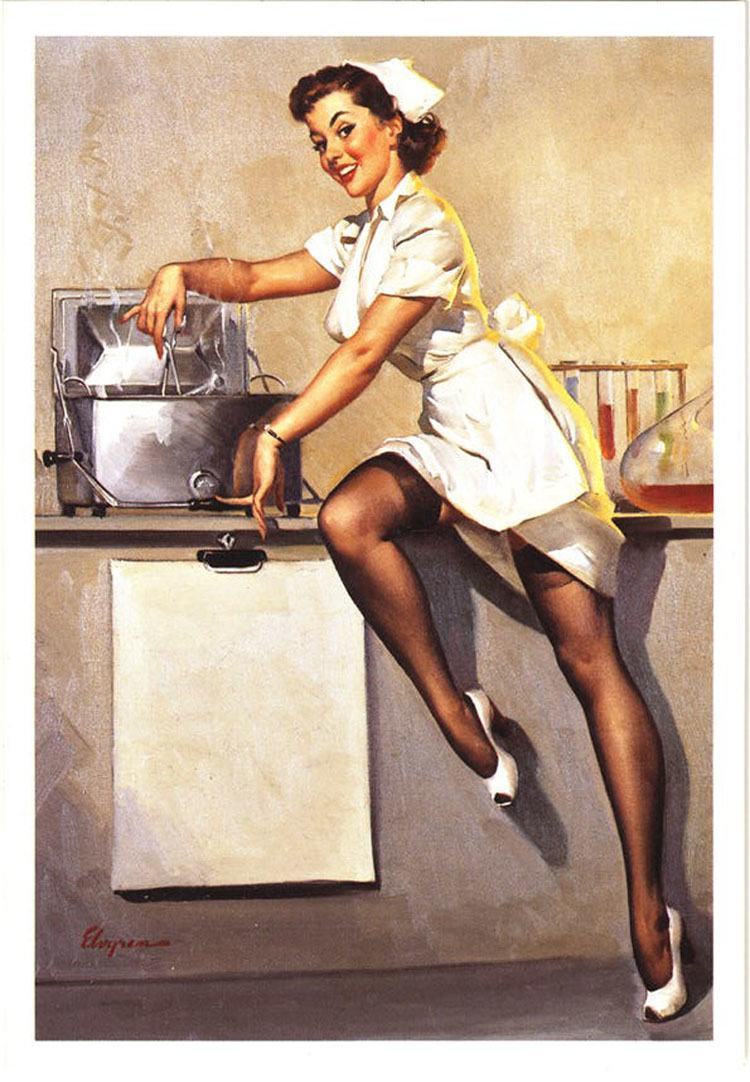 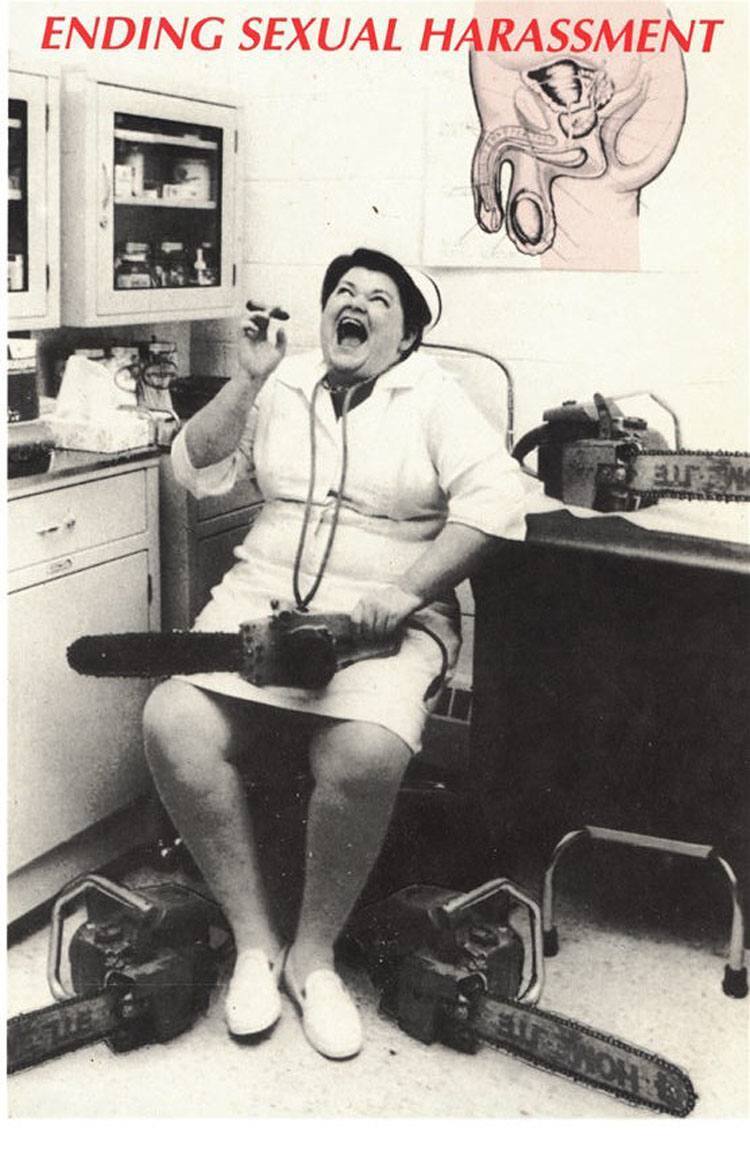 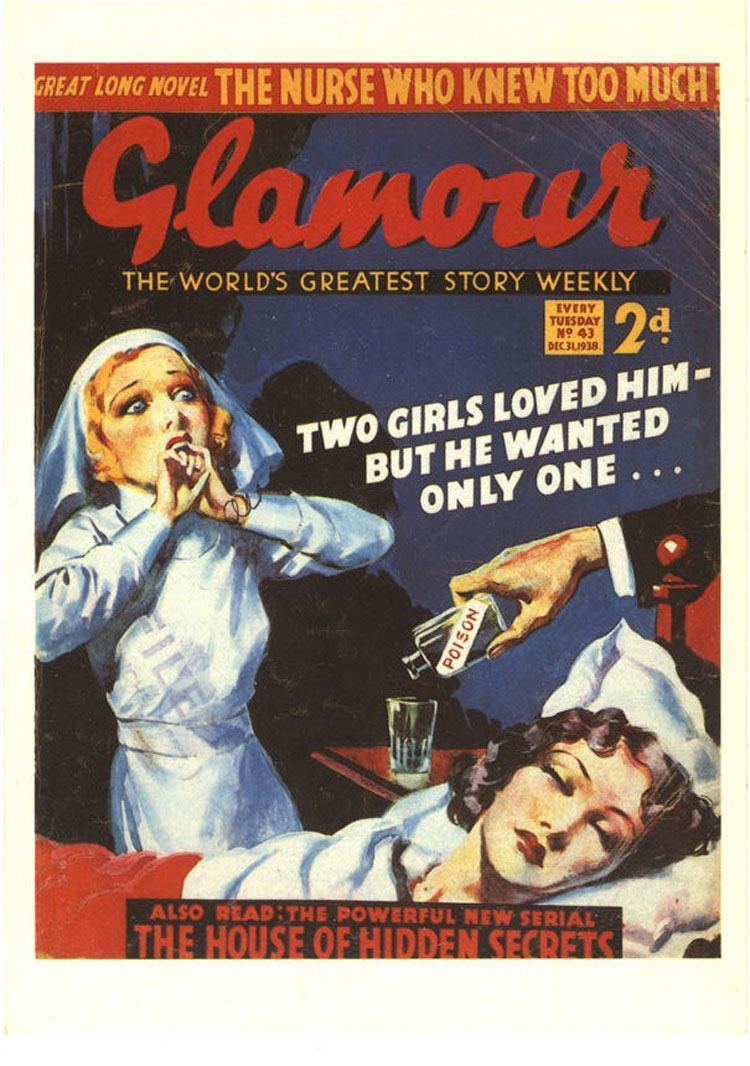 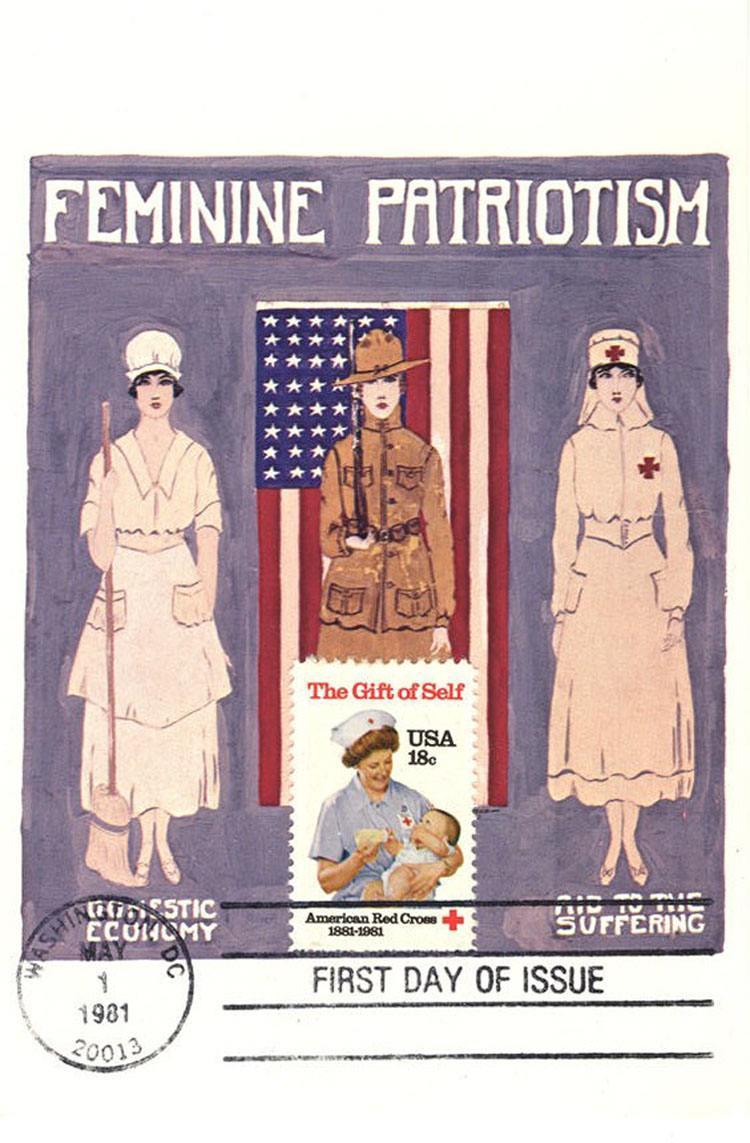 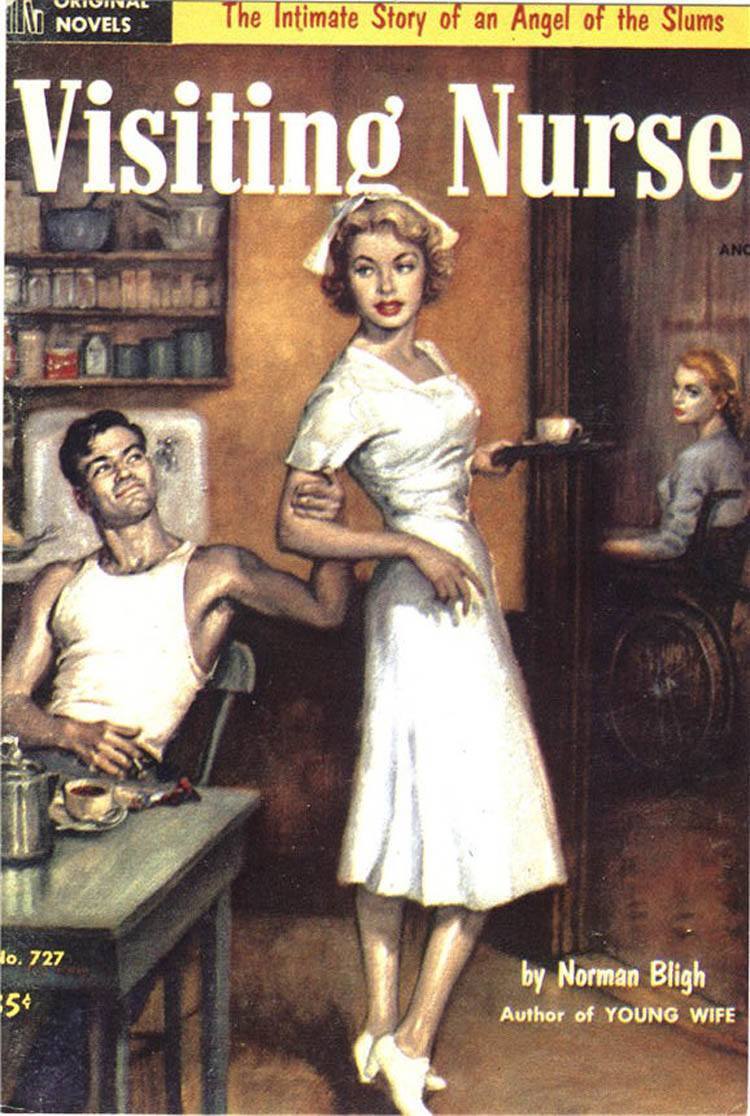 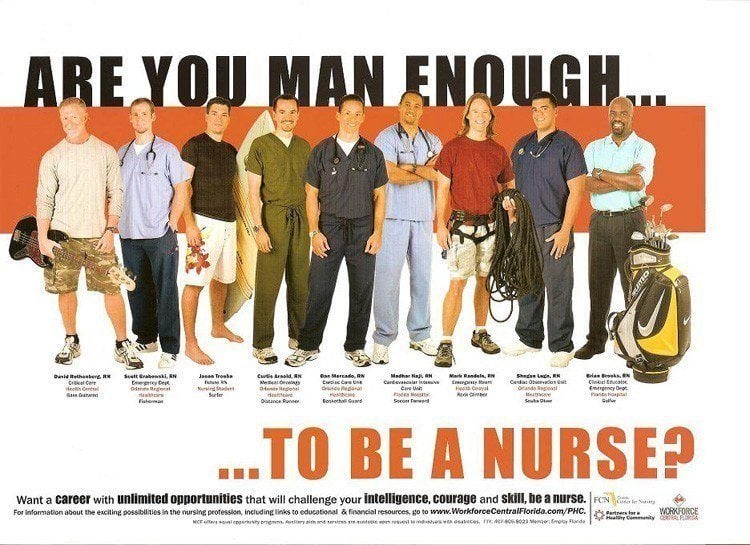 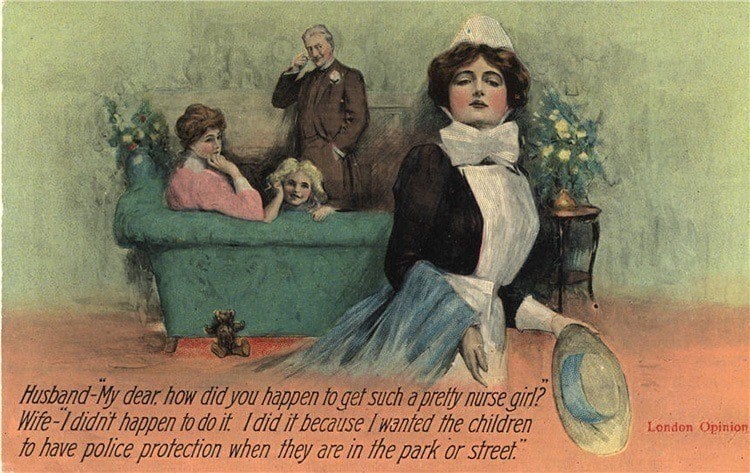 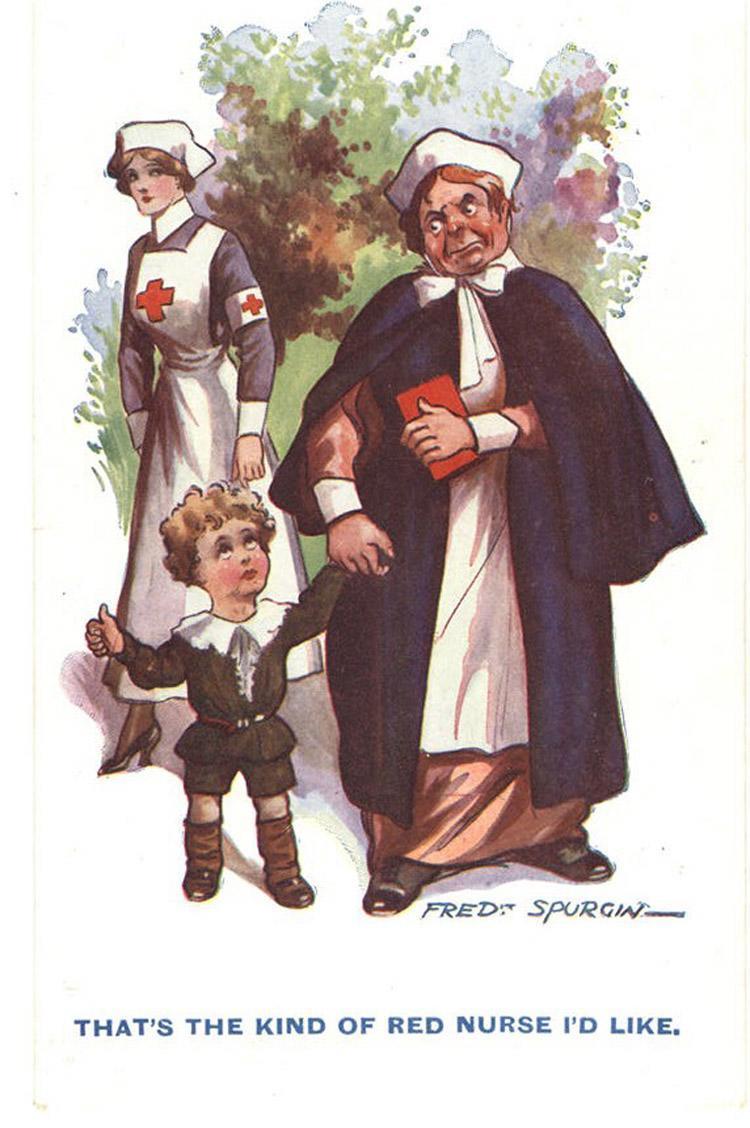 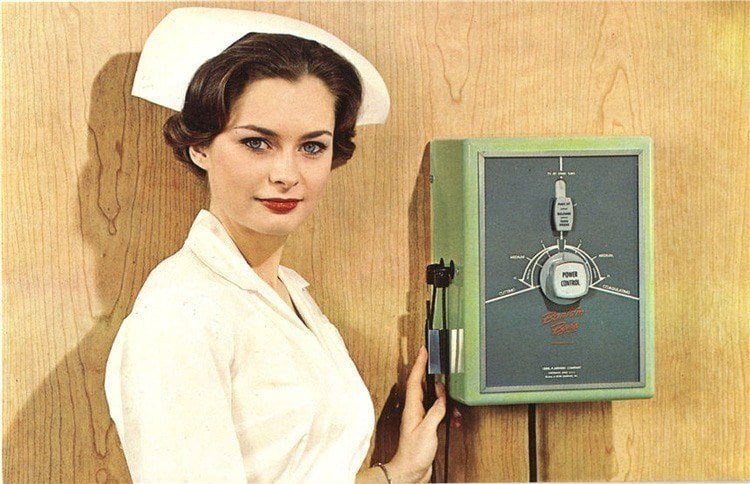 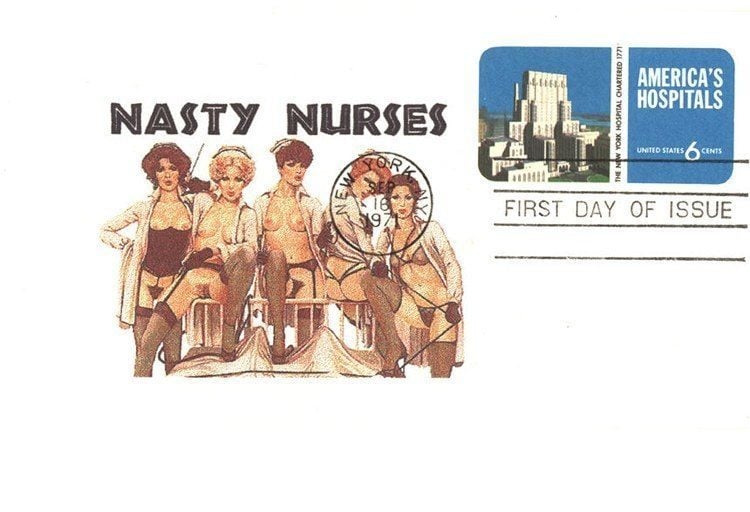 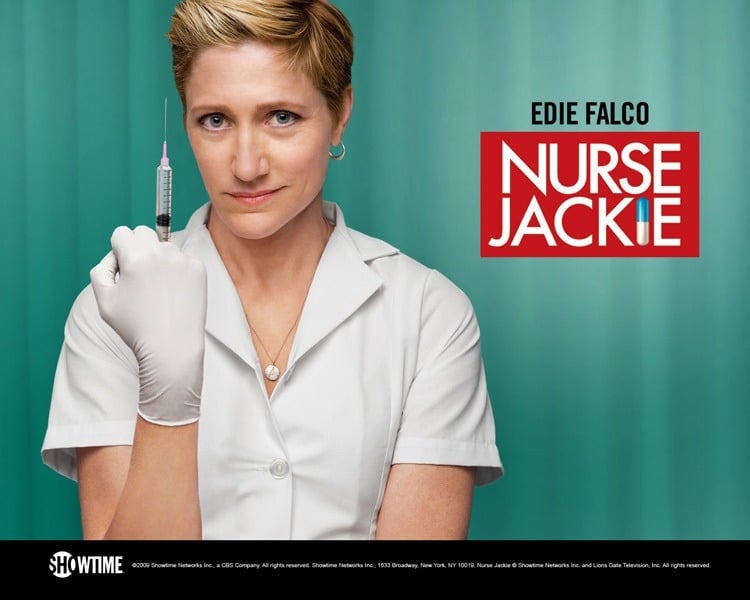 1 of 23
1895: An artist's representation of an early nurse is used to advertise ‘liquid bread’, a malt-extract for those on liquid diets. Source: National Institute of Health
2 of 23
1913: The healing mother, shown in the saintly position of feeding the poor and unfortunate. Source: NIH
3 of 23
1913: A sick man expresses his want to be sick forever as long as a pretty nurse is there to fulfill his needs. Source: NIH
4 of 23
1915: This nurse dressed in flowing robes is depicted as the angel of the Red Cross. Source: NIH
5 of 23
1918: Implying that injured soldiers really just wanted their mommies. Source: Smithsonian Magazine
6 of 23
1935: The start of a more modern uniform for the profession. Source: NIH
7 of 23
1940’s: Young Navy nurses shown in the classroom. Source: Wikimedia Commons
8 of 23
1950’s: A bedside prayer vigil is held for a patient; supporting the ‘good Christian woman doing God’s work’ archetype. Source: NIH
9 of 23
1950’s: Nurses get a nod of respect in 1950’s advertising, with at least one photo emerging of a modern and organized head nurse making the rounds. Source: NIH
10 of 23
1950’s: And with one step forward, two are taken back. Source: NIH
11 of 23
1960’s: A reproduction created in the 2000’s showing a nurse in full 1960 style pinup-mode. Source: NIH
12 of 23
1980’s: The archetype of a Battle-axe makes an appearance in this comic postcard; a tyrannical and fierce matronly woman that enjoys giving pain... especially to men. Source: NIH
13 of 23
1980: About the same time nurses were shown getting involved in sordid love triangles. Source: NIH
14 of 23
1981: In celebration of 100 years of the Red Cross, this recruitment poster (along with the first day of issue stamp) was remade into a patriotic postcard. Source: NIH
15 of 23
1985: Another reproduction of a 1953 novel showing a home nurse having to fight off unwanted advances. Source: NIH
16 of 23
2000’s: A call out for males to enter the nursing field; “Are you man enough?” Source: AllNurses.com
17 of 23
2000’s: A saucy nurse is used to sell a watch/mp3 player. Source: NIH
18 of 23
Early 1900’s: This wealthy mother has procured a ‘pretty nurse girl’ so that when the nanny is out in public with the children, the male police will have a watchful eye turned toward them. Source: NIH
19 of 23
Early 1900’s: Already the old battle-axe and the sexy young stereotype make appearances; this young boy clearly has a preference. Source: NIH
20 of 23
1970s: This postcard advertisement is supposed to be for the electro-surgical unit, but the focal point was the attractive, heavily made-up nurse/model. Source: NIH
21 of 23
1971: Probably quite brazen for a postcard at the time; they’re nurses and they’re nasty. Source: NIH
22 of 23
2009: One of the more recent nurse characters to be portrayed in the media as a modern woman with intelligence, though not without her share of problems. The Truth about Nursing website notes that “Jackie turned out to be arguably the strongest and the most skilled nurse ever depicted on serial U.S. television”, even if they didn’t agree with her depicted coping mechanisms. Source: Showtime
23 of 23 An Evolution Of Stereotypes: The Nurse
View Gallery

In the mid 1850’s, the pioneer of nursing emerged amid the Crimean War conflict - Florence Nightingale. A statistician and versatile writer, Nightingale became known on the battlefield as the “lady with the lamp” because of her predictable night rounds. Nightingale founded the first secular nursing school in London.

Fast forward to the present day: nurses have been portrayed in all the above ways, and then some. From postcards to modern media, the common conception of what makes a nurse is explored in a postcard exhibit by the National Library of Medicine in Bethesda, Maryland. The exhibit shows that while stereotypes are persistent, the occupation has continued to grow thanks to the dedication and steadfastness of these often underestimated, greatly under-appreciated health professionals.