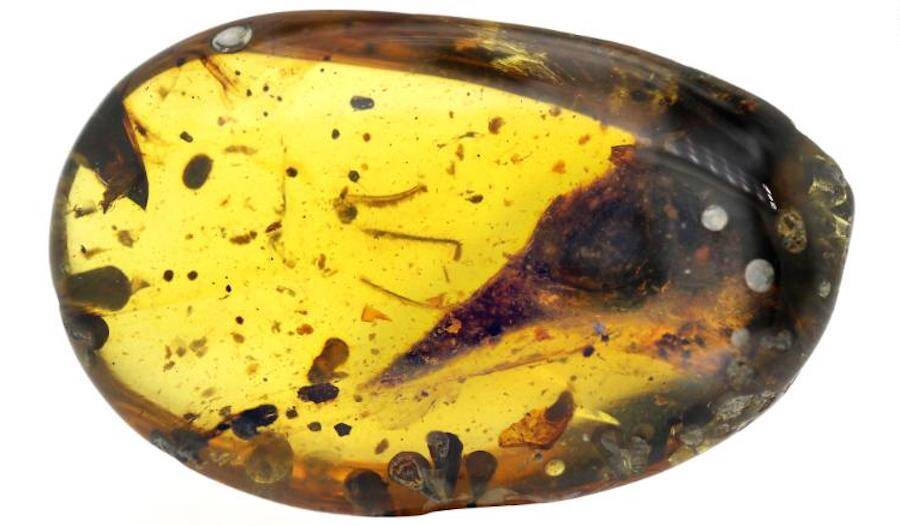 Lida Xing/NatureThe tiny dinosaur known as Oculudentavis Khaungraae was so small that it was the size of a hummingbird.

Archaeologists in Myanmar have discovered the preserved skull of the smallest dinosaur to ever inhabit the Earth entombed in amber. For nearly 100 million years, the half-inch skull filled with sharp little teeth remained frozen in time.

“When I first saw this specimen, it really blew my mind,” said Jingmai O’Connor, senior professor at the Institute of Vertebrate Paleontology and Paleoanthropology of the Chinese Academy of Sciences in Beijing. “I literally have never seen anything like this.”

Researchers behind a new study published in Nature believe that the head belongs to a group of dinosaurs that evolved into modern birds and has been fittingly dubbed Oculudentavis khaungraae, or “eye-tooth bird.”

A Nature segment on the discovery featuring Jingmai O’Connor.

Oculudentavis khaungraae was likely the size of the smallest-living hummingbird and mostly active during the daytime. Its upper and lower jaws are stacked with razor-sharp teeth and, in fact, contain the most teeth ever found in an ancient bird.

“There’s over 100 teeth present in the jaws,” said O’Connor. “These weird eyes sticking off looking to the side. There’s nothing like this alive today.”

Researchers believe the prehistoric bird was likely a predator that feasted on other small invertebrates and various insects. According to associate professor of biology at Scripps College, Lars Schmitz, this find is certainly one of a kind.

“The shape you see there, that isn’t really seen in any other bird, or any other dinosaur,” he explained. Schmitz believes that the discover of this creature, which likely inhabited several islands in what is now Myanmar, is filling in a large gap in the study of dinosaurs.

“One of the key messages from this study is that we are probably missing a big chunk of the ecosystem of dinosaurs,” said Schmitz. “We don’t know a lot about tiny things in the age of the dinosaurs.” 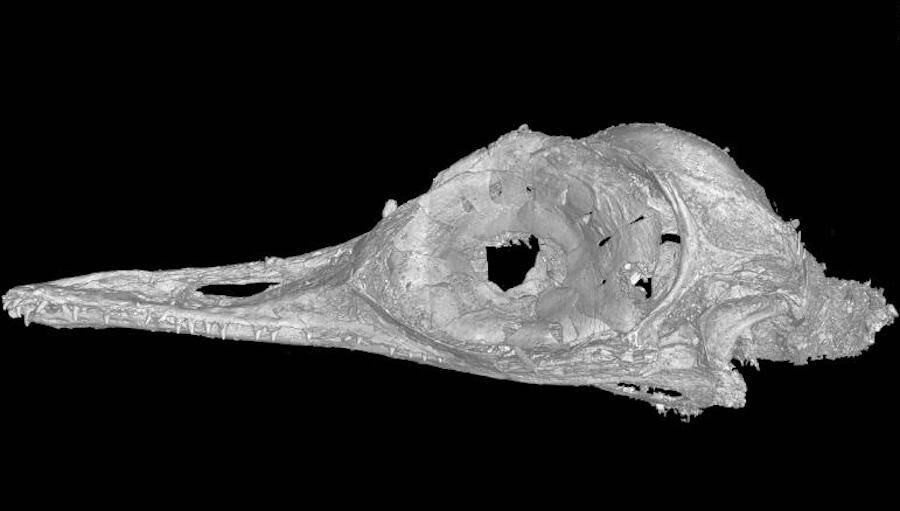 This specimen is helping researchers filling in these gaps largely because it’s so well preserved.

Normally, the fossilization process in clay or sand destroys the remains of small animals like this. Fortunately, amber is much better at preservation than sediment.

“When you have an animal preserved in amber it looks like it just died yesterday — all the soft tissue in place trapped into this little window into an ancient time,” said O’Connor.

This miniature ancient bird is also helping researchers to better understand the phenomenon known as island dwarfism, which is the miniaturization of an island-dwelling species over generations due to its isolation.

“Miniaturization is commonly associated with traits like tooth loss and proportionally large eyes. However, since Oculudentavis has more teeth than usual, it shows that evolution doesn’t always follow the rules,” O’Connor said. 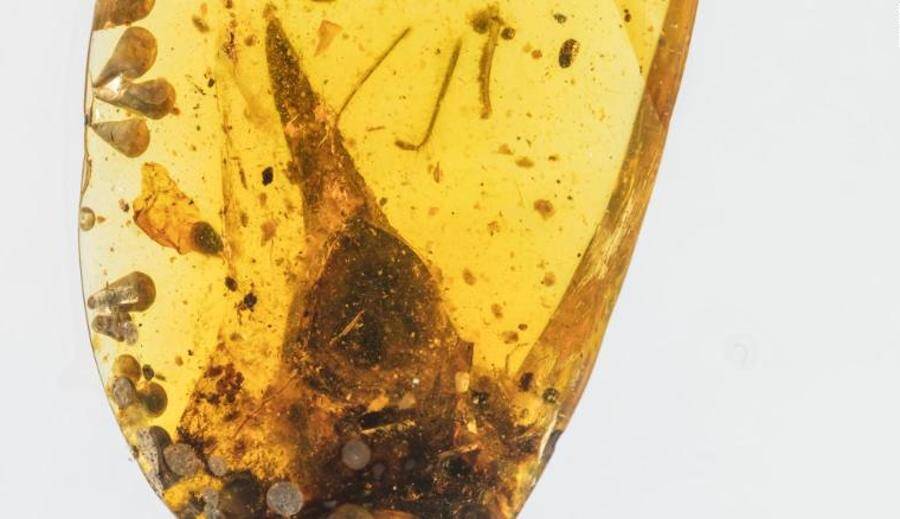 Lida Xing/NatureA closer look at the creature’s lizard-like eyes has led experts to believe it was mainly active during the day.

Researchers believe that the specimen belonged to a group of rather primitive birds of its time, between 150 million and 120 million years ago. Unfortunately, further speculation will be difficult as amber does not preserve DNA.

“But, anyway, it [amber] often preserves skin, feathers and other non-skeletal tissues, and…we can get lots of information from this.”

Nevertheless, the discovery has hit the paleontological community like a meteor.

“When we think of dinosaurs, we think of these huge skeletons, but paleontology right now is being completely transformed by the discovery of skeletal fossils, fossils of vertebrates, preserved in amber.”

Lida Xing — a Chinese paleontologist who found the first dinosaur skeleton entombed in amber in 2016 — couldn’t agree more. The find is not only eye-opening but something she and her peers can really sink their teeth into.

“I think the diversity of dinosaurs is beyond our imagination,” she said. “We previously found a dinosaur footprint of one centimeter in length, which I thought was the minimum length of a dinosaur. Until we found Oculudentavis.”

Next, read about the dinosaur “mummy” that was found with its guts and skin intact. Then, learn about the human-sized dinosaur footprint that’s been hailed the largest ever found.