Researchers Discover The Oldest Human Footprint Ever Found In The Americas

At 15,600 years old, this print predates the previous oldest evidence of humans in South America by 1,000 years. 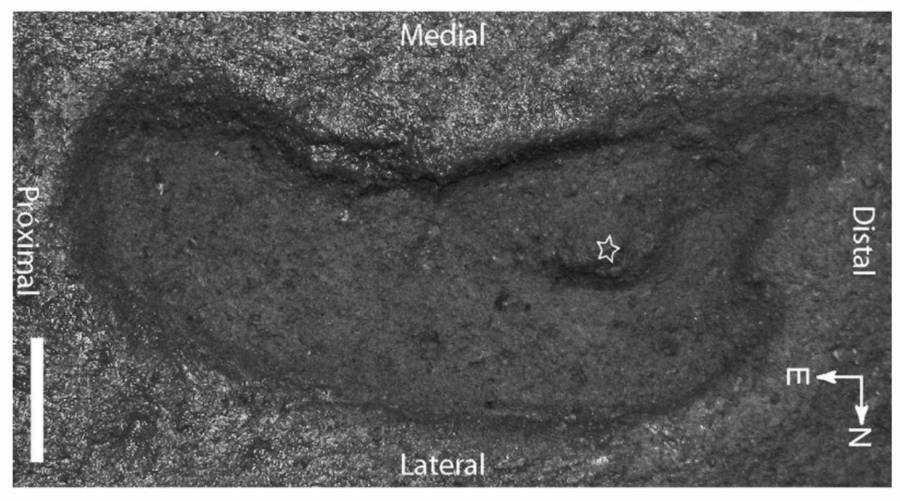 Karen Moreno/PLOS OneThe original sedimentary structure of the print. The star marks a lump of sediment.

While previous evidence had long established that the earliest arrival of human beings in South America occurred after the Ice Age, a human footprint believed to be 15,600 years old discovered in Chile is forcing the scientific community to reassess.

According to Reuters, if Universidad Austral paleontologist Karen Moreno and her study are correct, this is the oldest human footprint ever found on the continent. Published in the PLOS One journal, Moreno’s study provides credible evidence for her claims, which have significant ramifications.

While the print itself was unearthed in 2010 by a student at the university, scientists have spent the last nine years tirelessly ruling out the possibility that it belonged to some type of animal species and assessing the fossil’s estimated age.

As the study’s lead author, Moreno said researchers also found animal bones nearby, including those of early elephants. Moreno explained that this was the first official evidence of human activity in the Americas older than 12,000 years.

“Little by little in South America we’re starting to find sites with evidence of human presence, but this is the oldest in the Americas,” she said.

Here's another cool story: Scholars in Chile say they've found a human footprint that is over 15,000 years old. pic.twitter.com/ZjJFRcceru

According to IFL Science, the print predates the previous oldest evidence of humans in South America by 1,000 years.

This particular footprint was found in Osorno, Chile. The site was littered with mastodon and horse bones in addition to the primitive elephant remains. Researchers believe these animals were hunted, as flakes of stone theorized to have been part of tools or weapons were found at the site as well.

In terms of Moreno’s methodology in dating this footprint, the paleontologist took a fairly basic yet entirely logical approach. Because the print itself couldn’t be dated, the sediment beneath it certainly could. Fortunately, the same layer containing the footprint also had seeds, wood, and a piece of mastodon skull embedded into its fabric.

This allowed for a fairly reliable timeframe that predated the 14,600-year-old stone tool evidence found at Monte Verde in 2015. Of course, Moreno’s second claim — that the ancient print was created by a person — needed equally scientific evidence to back it up. 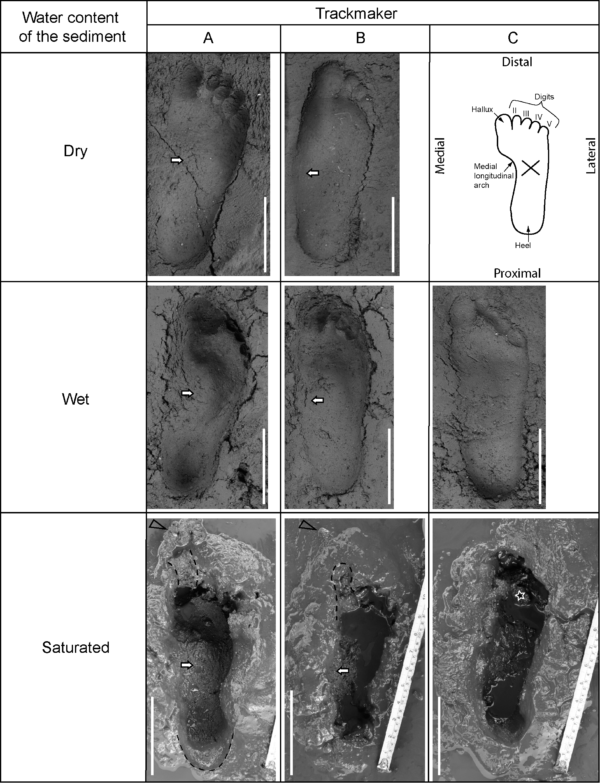 Karen Moreno/PLOS OneEvery row corresponds to a trackmaker, while every column corresponds to the dry, wet, and saturated water content of the sediment, respectively.

Across nine experiments, Moreno established what kind of weight would have produced this particular print in the types of sediments it was rooted in.

In the end, she found that the kind of pressure that would’ve produced this right footprint would’ve belonged to an adult, barefoot man of 155 pounds.

Added to that is the rational claim that no animal could’ve produced such a human-looking print. Moreno also explained her hesitance to hypothesize that this shape could’ve been formed by mere happenstance.

Ultimately, the resourceful paleontologist attributed the print to Hominipes modernus — a designation reserved for prints that could either belong to modern humans or their closest relative species.

While some may remain unimpressed by Moreno’s credible claims — evidence of human activity dating 15,500 years back have, after all, been previously found in Texas — this is nevertheless the oldest human footprint ever found in South America.

After learning about the 15,600-year-old human footprint discovered in Chile, read about the discovery of a 14,000-year-old settlement in North America. Then, learn about the oldest bracelet ever found, estimated to be 40,000 years old.