The hyakusecchin — or “hundred-person toilet” — is about 600 years old and located in the Tofukuji Temple in Kyoto. 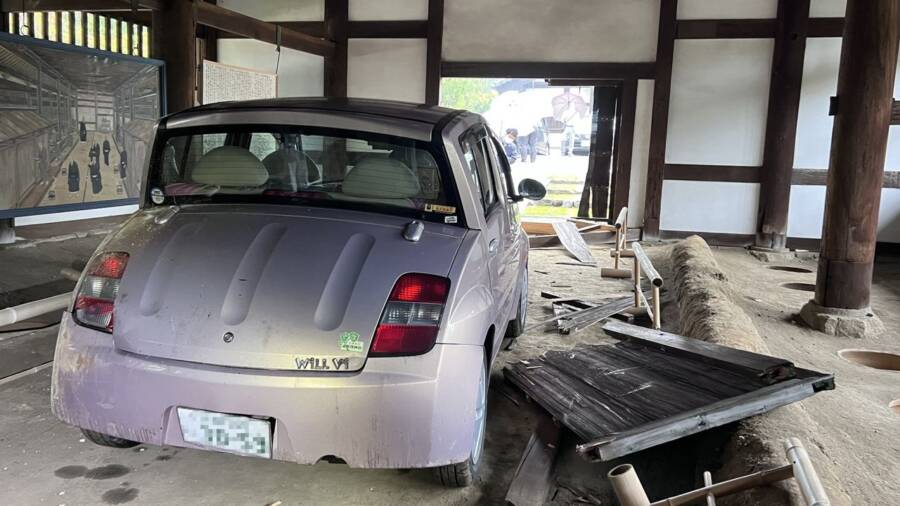 Kyoto Prefectural Board of EducationThe 30-year-old driver accidentally reversed onto the toilet.

A member of the Kyoto Heritage Preservation Association, whose job is to maintain the city’s history, accidentally did the opposite this week, when he smashed through the wooden doors of Japan’s oldest existing toilet at the Tofukuji Temple in Kyoto, Japan, with his Toyota WiLL Vi.

The 30-year-old driver, whose name has been withheld, remained at the scene and called the police. According to the BBC, he admitted that he’d crashed into the ancient toilet and explained that he’d been visiting the temple for work. Apparently, he’d accidentally pressed on the gas without realizing that his car was in reverse.

As the Japan Times reports, the original wooden doors leading into the toilets were “ruined” and the walls inside the toilet were damaged. However, the toilets themselves escaped from the collision unscathed.

“The toilet is a historical artifact, so naturally, we were very sad when it was damaged,” Koudou Uno, a spokesman for the Tofukuji Temple told CNN. He added: “We were thankful that nobody was injured and that we can repair the doors of the toilet – there is some happiness in this misfortune.” 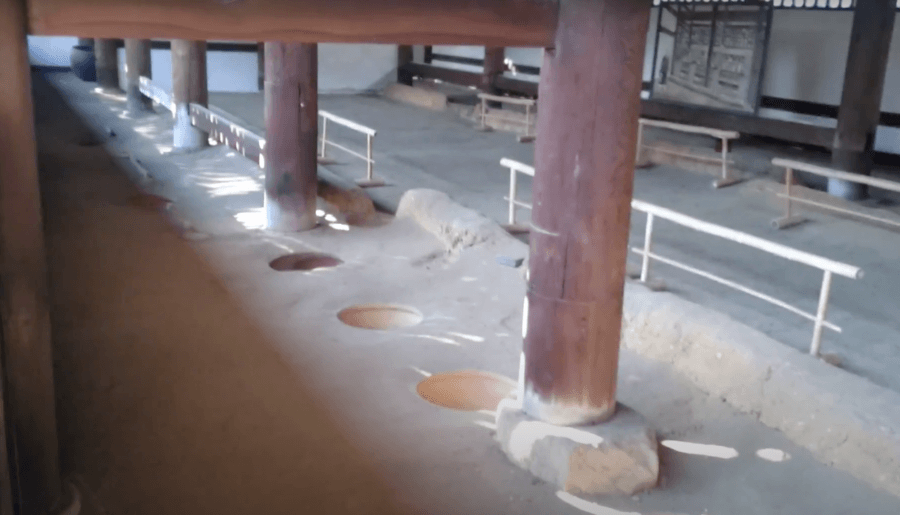 YouTubeVisitors cannot visit the toilet at Tofukuji Temple, but it is visible through the slats of the building.

The toilet, called a hyakusecchin, or “hundred-person toilet,” is about 600 years old and was built during the first half of the Muromachi period (1336-1573), Uno explained to CNN. Though it was named because 100 trainee monks used it until the start of the Meiji era (circa 1868), the toilet has two rows of 20 holes and can only service 40 people at a time.

The hyakusecchin is closed to the public but, according to the Guardian, can be viewed through gaps in the temple’s walls. Fortunately, that meant that no one was inside the toilet when it was hit by the car. Temple officials are currently assessing the damage and deciding the best ways to repair the wooden doors, which were left in splinters after the collision.

“We’d like to restore it before the autumn foliage season, but it will probably take until the new year [to repair it],” Toshio Ishikawa, director of the temple’s research institute, said, according to the Guardian. He said that he was “stunned” by the damage. The BBC reports that another temple official acknowledged that, while fixing the toilet is doable, it will take “lots of work” 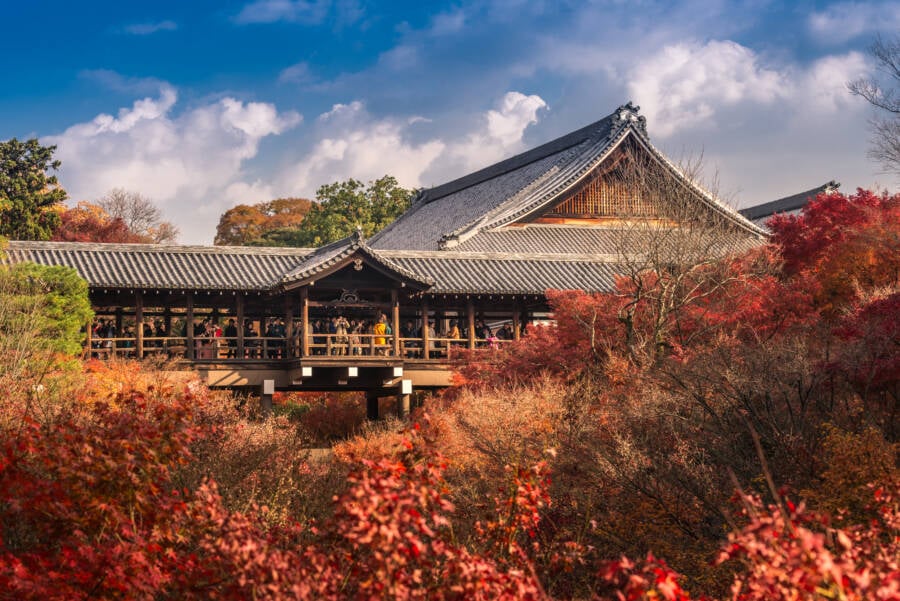 However, the hyakusecchin toilet at Tofukuji Temple is far from the temple’s most popular attraction. According to Discover Tokyo, it was founded in 1236 by a monk who’d studied Buddhism in China. Today, the temple draws visitors who want to see its sanmon gate — one of the oldest in Japan — the Tsūten-kyō bridge, and the temple’s stunning gardens.

Those gardens, and especially the temple’s vibrant maples, make it an especially popular destination during the autumn when visitors can stroll through the grounds and admire the colorful fall foliage.

Still, the hyakusecchin is considered an important part of the temple’s history, and a valued cultural site, so officials are eager to restore it

“It is of course disappointing that part of this important cultural property has been damaged like this,” Norihiko Murata, a Kyoto official in charge of cultural heritage preservation told the Japan Times. “We will discuss how to restore it in a way that will retain as much of its cultural value as possible.”

After reading about how a driver damaged Japan’s oldest toilet by accidentally reversing over it, see how toilets worked during the Middle Ages. Or, discover how a British travel blogger searched far and wide for the world’s worst toilet — and claims to have found it.