Inside The Disturbing Crimes Of The Toolbox Killers, The Predators Who Terrorized California In 1979

Toolbox Killers Lawrence Bittaker and Roy Norris killed five teenage girls in just five months — and recorded some of their horrific torture and murder sessions for their own amusement. 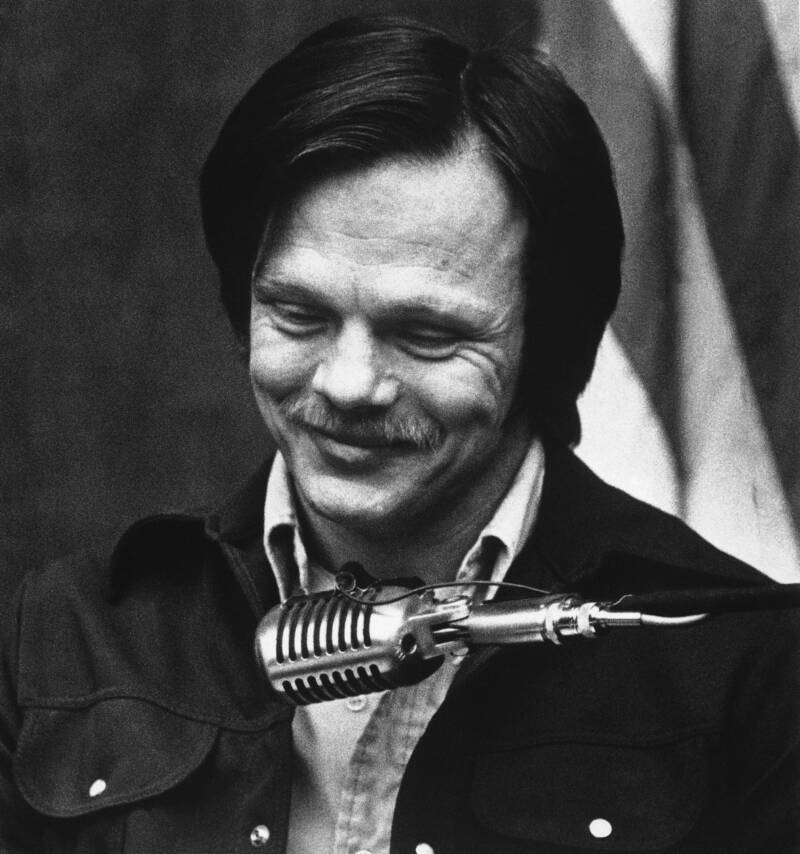 GettyOne half of the infamous “Toolbox Killers,” Lawrence Bittaker laughs in court as his crimes are recounted.

The depraved duo became known as the “Toolbox Killers.” Using devices for torturing their victims more commonly found in the garage, Lawrence Bittaker and Roy Norris were a sadistically brutal pair of serial rapists and killers stalking teenage girls across the Los Angeles area for five dark months in 1979.

From their van, they picked up hitchhikers, driving them to secluded spots where they could indulge in their most gruesome rape and torture fantasies.

Their crimes, particularly the Halloween torture and murder of Shirley Ledford, would cause FBI profiler John E. Douglas to classify Bittaker as “the most disturbing individual for whom he has ever created a criminal profile.”

Finally arrested after a sickening five-month murder spree, the prosecutor in their trial would similarly describe the events of that Halloween night as “one of the most shocking, brutal cases in the history of American crime.”

The Origins Of The Toolbox Killers

Lawrence Sigmund Bittaker was born on Sept. 27, 1940, and adopted as an infant. By his early teens, he was sent to the California Youth Authority for car theft. Released at 19, he never saw his adoptive parents again. Over the next 15 years, Bittaker was in and out of prison for assault, burglary, and grand theft. He was diagnosed by a prison psychiatrist as being highly manipulative, and as “having considerable concealed hostility.”

In 1974, Bittaker stabbed a supermarket employee, barely missing his heart, and was convicted of assault with a deadly weapon, then sentenced to California Men’s Colony in San Luis Obispo.

Roy Lewis Norris was born on Feb. 5, 1948, and lived with his family occasionally, but was more often placed in the care of foster families. Norris allegedly suffered neglect by these families, and sexual abuse by at least one. Norris dropped out of high school, briefly joined the Navy, and was then honorably discharged with a diagnosis of severe schizoid personality by military psychologists.

In May 1970, Norris was on bail for another offense when he violently attacked a female student with a rock on the campus of San Diego State University. Charged for the offense, Norris served almost five years at Atascadero State Hospital, classified as a mentally disordered sex offender. Norris was released on probation in 1975, declared of “no further danger to others.” Three months later, he raped a 27-year-old woman after dragging her into some bushes.

In 1976, Norris was incarcerated in the same prison as Bittaker, bringing the future “Toolbox Killers” together.

Why Bittaker And Norris Were A Match Made In Hell 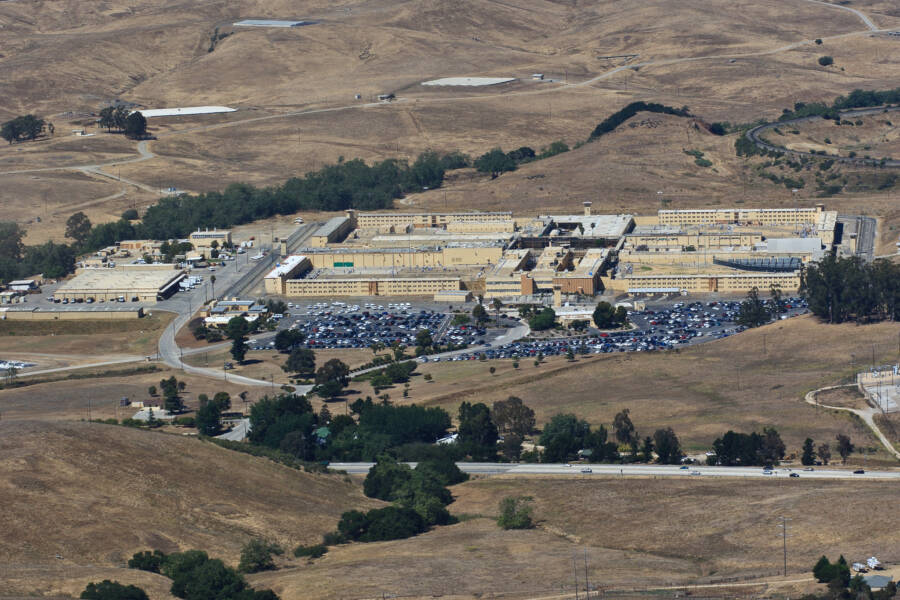 By 1978, Lawrence Bittaker and Roy Norris had become close prison acquaintances, sharing a perverse obsession with sexual violence against women. Norris told Bittaker his biggest thrill was overwhelming women with fear and terror, and Bittaker confided that if he ever raped a woman, he would kill her to avoid leaving behind a witness.

Fantasizing about sexually assaulting and murdering teenage girls, both men pledged that they would reunite once released, and planned to murder one girl of each teenage year, 13 through 19.

Bittaker was released in November 1978, and Norris followed on January 1979. Within a month, Norris had raped a woman. Then, as promised, Norris received a letter from Bittaker, and the pair met and began to put their twisted prison plan into action.

Abducting teenage girls discreetly wouldn’t be easy; they needed a suitable vehicle. Bittaker proposed a van, Norris put up the cash, and in February 1979 Bittaker purchased a silver 1977 GMC Vandura. The passenger-side sliding door would allow them to pull up to potential victims without having to slide the door all the way. They nicknamed their van the “Murder Mac.”

The pair picked up over 20 hitchhikers from February to June 1979, but didn’t assault these girls — rather, these were practice runs. Scouting for secure locations, in late April 1979, they found an isolated fire road in the San Gabriel Mountains. Bittaker snapped the lock on the entry gate with a crowbar and replaced it with his own. according to the book Alone With The Devil by courtroom psychiatrist Ronald Markman. 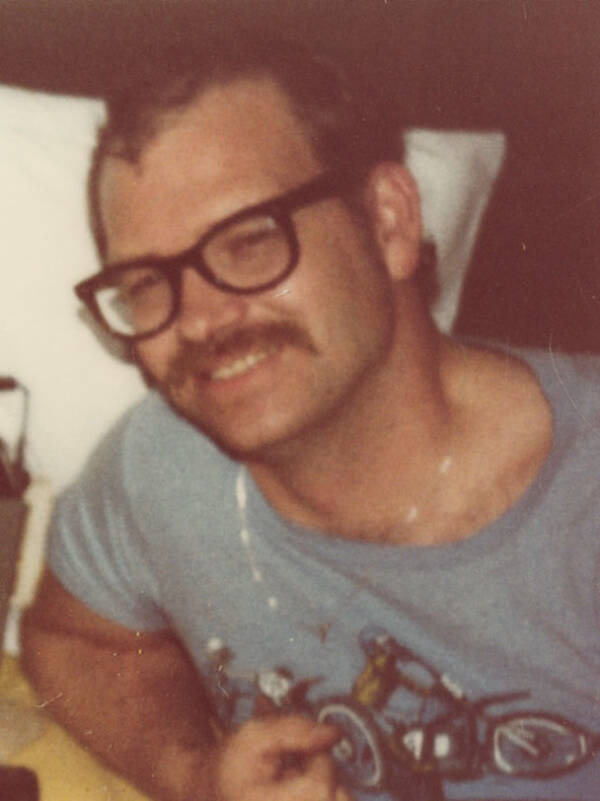 Public DomainRoy Norris, pictured around the time he and Lawrence Bittaker began plotting their depraved spree of rape, torture, and murder.

In final preparations, Lawrence Bittaker and Roy Norris created a toolbox for torture. They bought plastic tape, pliers, rope, knives, an ice pick, as well as a polaroid camera and tape recorder — then the Toolbox Killers were ready to indulge in their sadism. According to the book Disguise Of Sanity: Serial Mass Murders, Bittaker also wanted to build a small town in which to imprison kidnapped teenage girls, where they would remain naked, chained, tortured, and forced into sex acts.

Between late June and September 1979, the pair abducted, raped, and killed four teenage girls ranging in age from 13 to 17. They drove their victims to the mountain fire road where they inflicted pain from their toolbox assortment, the girls’ screams forever lost in the mountain canyons. After realizing manual strangulation wasn’t as easy as the movies, Bittaker started using wire from a coat hanger tightened with pliers.

The depravity increased for Andrea Hall, their second victim. Up in the mountains, Bittaker inserted an ice pick through her ear, then tried the other side, and finally stomped on the handle until it snapped. Hall, miraculously still alive, was finally strangled by Bittaker, and when the pair were finished with her, they threw her over the mountainside.

The level of terror, pain, and sexual assault was escalating for Bittaker and Norris’ victims. The pair’s evil would only be surpassed in later years by serial killers Leonard Lake and Charles Ng.

On September 2, two younger girls were snatched hitchhiking. Fifteen-year-old Jaqueline Gilliam was continually raped by both men as Bittaker recorded her horror. Bittaker took photos of her in various states of naked distress, tormenting Gilliam by asking for reasons why he shouldn’t kill her. Meanwhile, 13-year-old Leah Lamp was left untouched under sedation.

After two days of terror, Bittaker thrust his ice pick through Gilliam’s ear, then strangled her with his coat hanger and pliers. The Toolbox Killers then roused Lamp and bludgeoned her on the head with a sledgehammer as she stepped from the van. Bittaker choked her and Norris struck her repeatedly with a hammer, with both girls’ bodies finally thrown down a ravine. 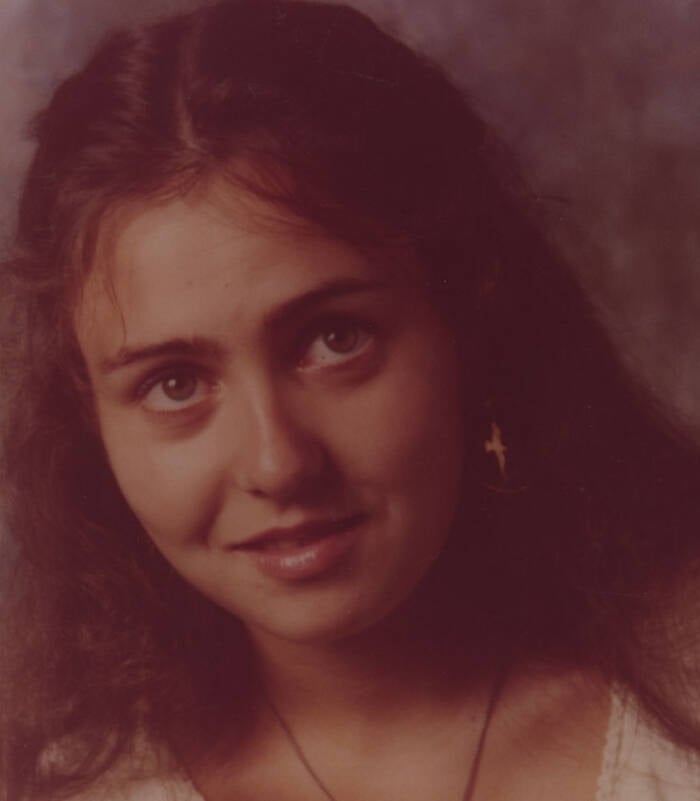 The repeated rape, unspeakable brutality, and horrific torture that Lawrence Bittaker and Roy Norris inflicted on 16-year-old Shirley Ledford was all recorded for their sick enjoyment.

Late on Halloween night 1979, Ledford left her restaurant shift toward a party in a colleague’s car. From a gas station, Ledford decided to walk or hitchhike home rather than go to the party, and she may have entered the van after recognizing Bittaker as a customer from the restaurant. With Bittaker’s tape recorder running, Ledford was immediately bound and gagged.

For two hours, Ledford was subjected to agonizing trauma as the pair took turns alternately driving the van, raping, and torturing her. Bittaker repeatedly beat her with a sledgehammer, twisted, squeezed, and tore at her breasts and vagina with pliers, as both men encouraged Ledford to scream louder for the tape.

After Norris rained repeated hammer blows to her elbow, then strangled her with a coat hanger and pliers, Ledford can be heard begging for death, “Do it, just kill me!” When Bittaker and Norris had finished with her, Shirley Ledford’s body was left in a grisly display on the front lawn of a nearby house.

How The Toolbox Killers Were Arrested 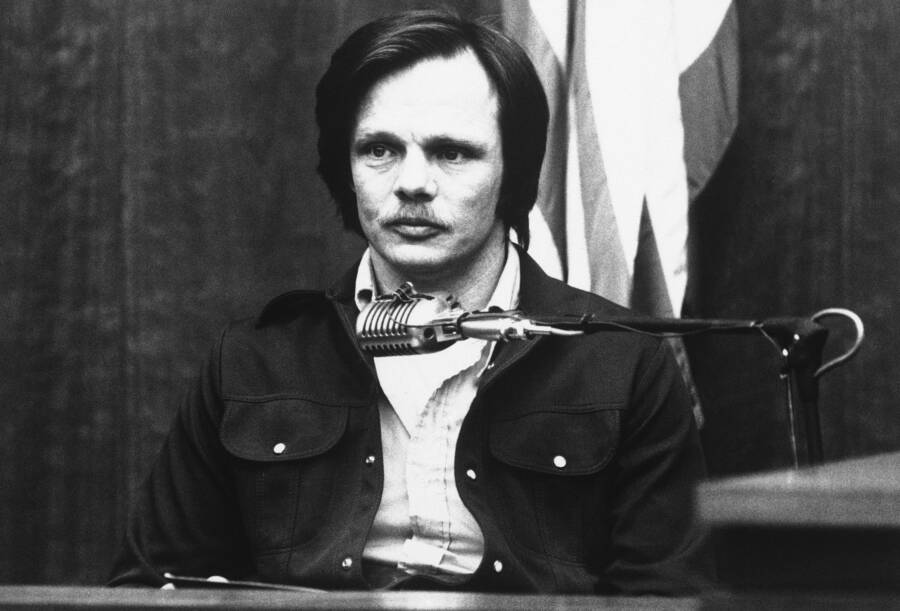 GettyLawrence Bittaker takes the stand in his trial in 1981.

Roy Norris revealed the pair’s rapes and murders to another rapist he had been incarcerated with, including Ledford’s murder — the only Toolbox victim yet to be found. Norris also confided that another woman had been raped by them but released afterward. The man notified police via his attorney, and investigators matched reports of several teenage girls reported missing over the previous five months to Norris’ claims.

There was also the September 30 report of a young woman dragged into a GMC van and raped by two men in their mid-30s. The rape victim was shown mugshots and positively identified Bittaker and Norris. Norris was arrested for a parole violation on November 20, 1979, with Bittaker arrested for rape at his motel the same day.

The search of Norris’ apartment revealed a bracelet of Ledford’s, while in Bittaker’s motel room, police found numerous photographs and other incriminating evidence. Investigators seized and searched Bittaker’s silver van, where they seized several items, including several cassette tapes, one of which contained Ledford’s torture. Ledford’s mother confirmed it was her daughter on the recording, screaming, pleading, and begging for her life. Investigators confirmed the voices on the tape belonged to Bittaker and Norris.

Norris initially denied all accusations, then faced with the evidence, confessed to five murders. Norris seeking a plea deal, to testify against Bittaker, took investigators into the San Gabriel Mountains, where the skulls of Gilliam and Lamp were eventually found. Gilliam’s skull still contained the lodged ice pick, and Lamp’s skull showed blunt force trauma.

Roy Norris plead guilty, sparing him the death penalty, and on May 7, 1980, was sentenced to 45 years to life, with parole eligibility from 2010. Lawrence Bittaker’s trial began on Jan. 19, 1981. Norris testified about their shared history, and the five murders committed by them. Introducing photographic evidence, a witness from Bittaker’s motel testified that he had been shown naked photos of distressed girls by Bittaker, and told one of them had been killed.

Another 17-year-old girl testified that Bittaker had played her a cassette tape, apparently the rape of Gilliam, according to court records.

Then the 17-minute audio of Shirley Ledford was played for the jury, and many cried, burying their heads in their hands. Prosecutor Stephen Kay was reduced to tears — but Bittaker sat through the whole thing smiling. Norris had testified Bittaker that amused himself by playing the tape while driving in the weeks before arrest. On February 5, Bittaker testified himself, denying rape and murder, stating he paid the girls for sex and permission to take their photographs.

In closing, prosecutor Kay told the jury, “If the death penalty is not appropriate in this case, then when will it ever be?” On February 17, the jury found Bittaker guilty of five counts of first-degree murder, and several other charges, and on February 19, Bittaker was sentenced to death. On death row, after various appeals and stays of execution, Bittaker never expressed any remorse for his crimes but did seem to revel in his celebrity, autographing items with the name “Pliers Bittaker.”

In the aftermath of the Toolbox Killers’ savagery, Stephen Kay reported recurring nightmares, according to The Daily Breeze. He would be rushing to Bittaker’s van to prevent harm coming to the girls but would always get there too late.

Meanwhile, Shirley Ledford’s tape is retained by the FBI, and it’s used to this day to train FBI agents about the reality of torture and murder.

After learning about the Toolbox Killers, read the gruesome story of Junko Furuta. Then, discover the horrifying story of David Parker Ray, The Toybox Killer.