Meet Charles Ng, The Sadistic Serial Killer Brought Down By His Own Shoplifting Addiction

For two years, Charles Ng and Leonard Lake enslaved and brutalized upwards of 11 people — until Ng tried to steal another torture device.

“You can cry and stuff, like the rest of them, but it won’t do any good. We are pretty…cold-hearted, so to speak.”

This is what sexual sadist Charles Ng muttered to his victim, 19-year-old mother Brenda O’Connor, as she was pleading for her life in his homemade snuff video. Somewhere offscreen was her baby — in peril.

For nearly two years between 1983 and 1985, Ng acted as an accomplice to Leonard Lake, luring and brutalizing victims from their remote cabin in the Sierra Nevadas.

Before the filming was through, O’Connor, her husband, and her child would all be killed.

Charles Ng Was Destructive From The Beginning 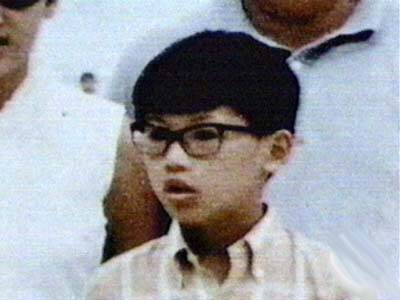 MurderpediaNg was not interested in following in the footsteps of his hardworking parents.

Charles Ng Chi-Tat was born in 1960 to hardworking parents, Kenneth Ng and Oi Ping, in Hong Kong. He was a rebellious child who consistently performed poorly in his classes, which enraged his father. Ng’s father would later admit to beating him regularly.

Ng wanted to pursue martial arts professionally, and this did not go over well with his father, who relentlessly pushed him to excel at school.

From there, Ng began to spiral out of control. He was expelled from several schools, the first time for starting a fire in a classroom, and the second from a boarding school in England (where his parents had sent him in hopes of straightening out his behavior) for stealing from classmates and shoplifting.

At 18, Ng obtained a student visa and moved to Belmont, California, to attend the College of Notre Dame but he lasted just one semester before dropping out.

It was also around this time that Ng met Leonard Lake, a man 15 years his senior, through a wargamer advertisement in a magazine. 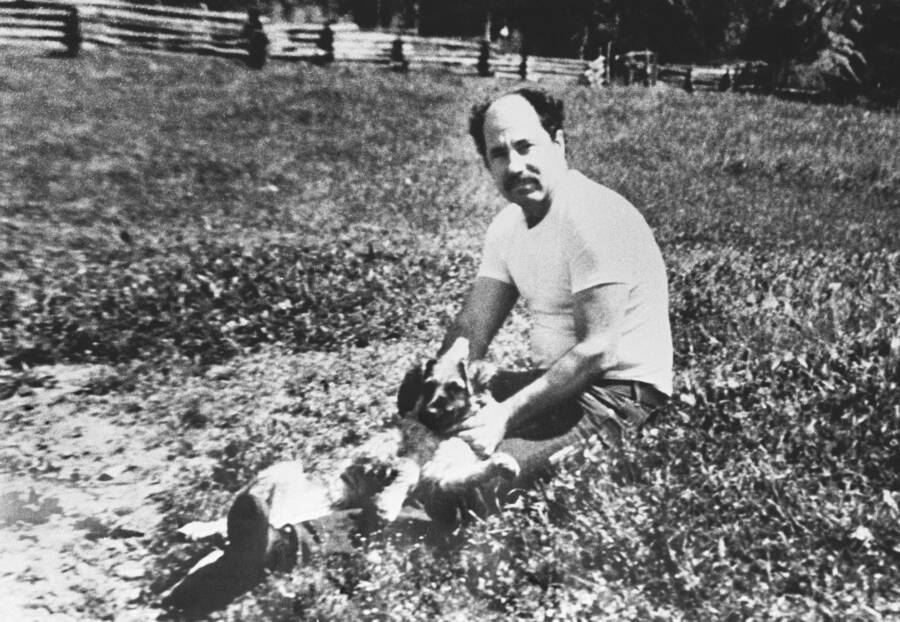 Bettman/Getty ImagesLeonard Lake briefly led a semi-normal life before he and Ng came together.

Ng enlisted in the U.S. Marines. But this decision was not fated to last either. At the Kaneohe Marine Corps Air Station in Hawaii, Ng participated in a raid of a weapons depot. He was caught but managed to flee to Northern California, where he lived with Leonard Lake in a mobile home in Ukiah.

In 1982, law enforcement raided the property, seized a large collection of illegal weapons and explosives, and court-martialed Ng. Lake was released on bail and fled.

Ng was imprisoned at Fort Leavenworth, Kansas, where he served 18 months. When he was released, his reunion with Lake would prove a disastrous one.

The two men moved into a remote cabin that Lake was renting near the Sierra Nevada foothills. Lake, a survivalist believing the world was headed for a nuclear holocaust, built a structure beside the cabin. He dubbed it his “torture dungeon.”

Before Ng had even moved in, Lake had broken in that dungeon when he tortured and killed his own brother, Donald, and his friend Charles Gunnar.

But now with Ng as an accomplice, Lake could embark on a gruesome killing spree that lasted close to two years.

The exact number of their victims is not known but is thought to be as high as 25 — including babies. Indeed, Ng and Lake did not discriminate when it came to choosing their victims; they took anyone they could get their hands on. 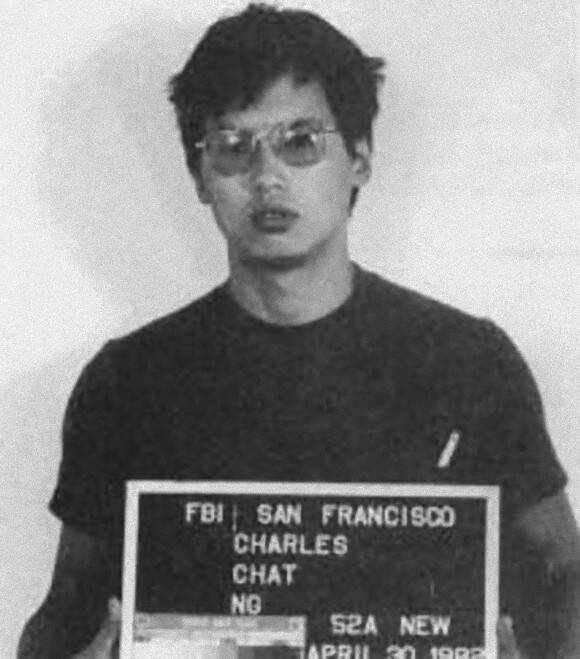 Wikimedia CommonsCharles Ng’s mugshot after being court-martialed in 1982.

Lake and Ng did, however, derive more pleasure from female victims. Male and infant victims were killed quickly so that Ng and Lake could torture and rape the women. The horrific ordeals were often filmed by Lake.

“He can kill and not even think about it. He could kill you right now…and he has absolutely no conscience…He could kill and go watch a movie or have breakfast 10 minutes later.”

The former cellmate added that Ng said he used pliers to rip off his victim’s nipples, pushed a device attached to a power drill up their vaginas, shoved rods up their anuses, and broke their knuckles with vise grips.

Their confirmed victims included, but were not limited to, their neighbor, Lonnie Bond, his girlfriend Brenda O’Connor, and their baby son, Lonnie Jr.

Harvey Dubs, his wife Deborah, and their infant son Sean were also amongst the murdered. When friends or relatives stumbled across the cabin looking for their missing relatives, Lake and Ng would lure them into the dungeon and mercilessly torture and kill them too.

Ng’s Weakness Brings Him Down 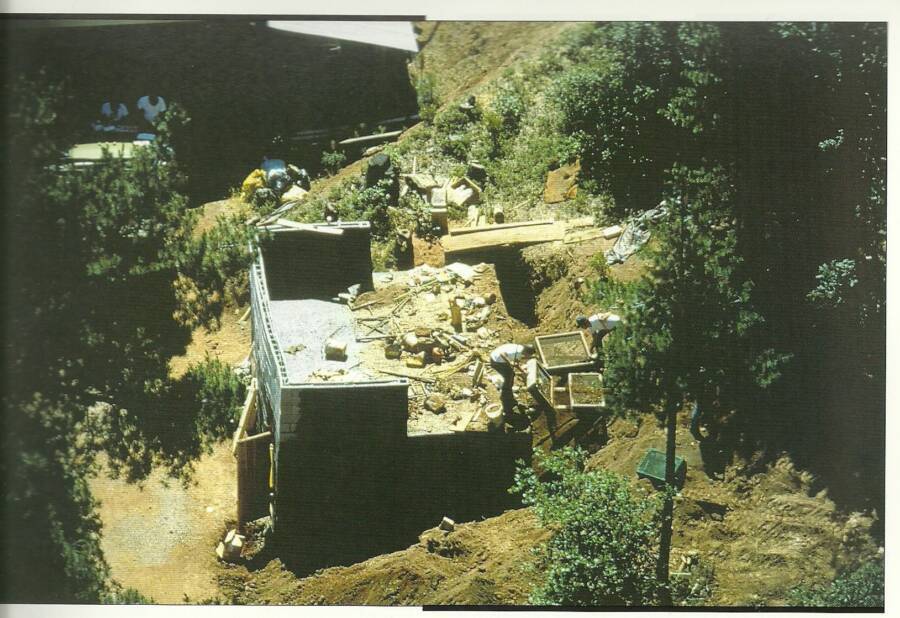 An aerial view of serial killer Leonard Lake’s compound, where he lured women in and murdered them on camera in his basement.

Since childhood, Ng was addicted to shoplifting. If it hadn’t been for his kleptomania, who knows how much longer Ng and Lake’s murder spree could have gone on for?

On June 2, 1985, Ng was caught stealing a vise from a hardware store in San Francisco and immediately fled.

Lake arrived at the store and tried to pay for the vise, but ended up face to face with police officers who asked to see his ID. As it turned out, the ID belonged to a man named Scott Stapely, who had been missing for weeks.

Officers looked through Lake’s car and found an illegal silencer. He was arrested and taken to the police station. Once alone, Lake swallowed several cyanide pills he had been hiding. He died just days before the bodies of his and Ng’s victims were found.

Further investigation led police officers to the cabin, but Ng was nowhere to be found. Authorities did, however, find a bucket full of stolen IDs, credit cards and personal belongings, as well as the abandoned vehicles of people who had gone missing.

Collectively, all the items they found belonged to 25 different people.

The most disturbing find, though, was undoubtedly the 40 pounds of charred human bone on the property that belonged to at least 11 different bodies. 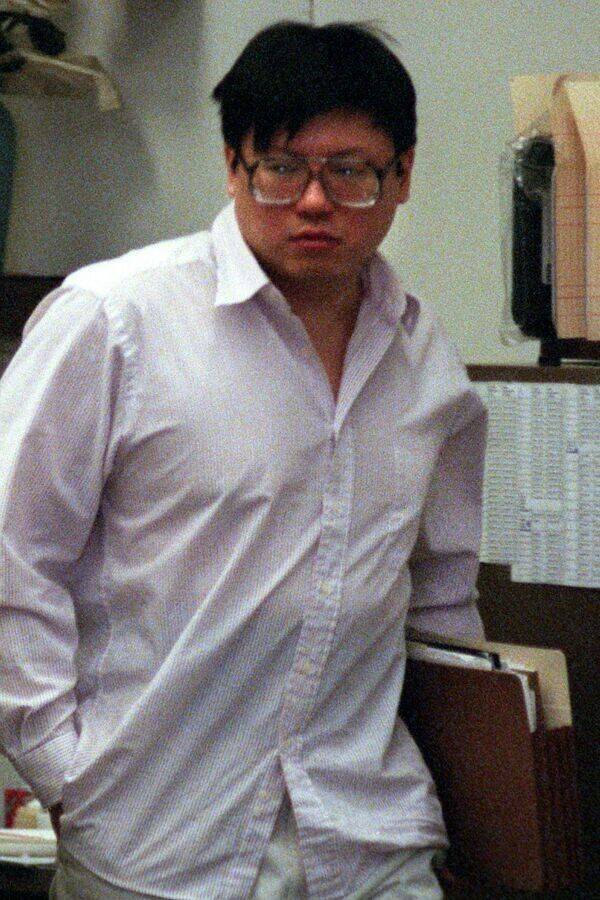 Getty ImagesCharles Ng at the Orange County Superior Court after being found guilty of 11 murders.

Another bucket contained journals written by Lake which detailed the horrors he and Ng had inflicted on their victims. With the journals were several homemade tapes featuring Ng torturing Brenda O’Connor and Deborah Dubs.

Ng had fled to Canada after the shoplifting incident in San Francisco. He remained undetected until he was caught stealing a can of salmon from a store and shooting the security guard who caught him.

The security guard nonetheless managed to catch Ng and only suffered minor injuries.

Ng was charged in Canada on three counts: assault, shoplifting and possession of a concealed firearm. He was imprisoned in Canada and eventually extradited back to California in 1991.

Ng was indicted on 12 counts of first-degree murder. What would follow was an extremely long and drawn-out legal battle, in which Ng fired attorney after attorney accusing them of incompetence. At the time, this was considered the most expensive trial in the state’s history.

Finally, his trial officially began in October 1998. His attorneys attempted to convince the jury that it was Leonard Lake, not Charles Ng, who was to blame for the heinous murders.

News footage of the trial of Charles Ng that includes clips of his homemade smut videos.

Citing the abuse he endured at the hands of his father, Ng said of Lake: “Part of me saw him as the father or big brother I always wanted.”

Ng maintained his innocence throughout the trial, pushing a narrative that he was acting merely on the direction of Lake because he wanted to make him proud.

“When Lake died I took his place as the sacrificial lamb,” he later said in an interview.

The jury, though, was not convinced. For them, the videos of Ng torturing victims and Lake’s journals were enough evidence that he was just as culpable.

On Feb. 11, 1999, the jury found Ng guilty of 11 murders. He was sentenced to death by lethal injection. However, there have been no executions performed in the state of California since 2006.

As such, Charles Ng remains on to this day death row at San Quentin State Prison, where he will likely die of old age.

Next, read about another serial killer like Charles Ng who was brought down by his own negligence, the BTK killer. Then, read up on how 33 of the most notorious serial killers in history met their end.