Supermarket Trashes $35,000 Worth Of Food After ‘Very Twisted’ Coughing Prank

The suspect deliberately coughed her way through the supermarket's aisles, possibly contaminating the store's fresh produce, meats, and bakery items. 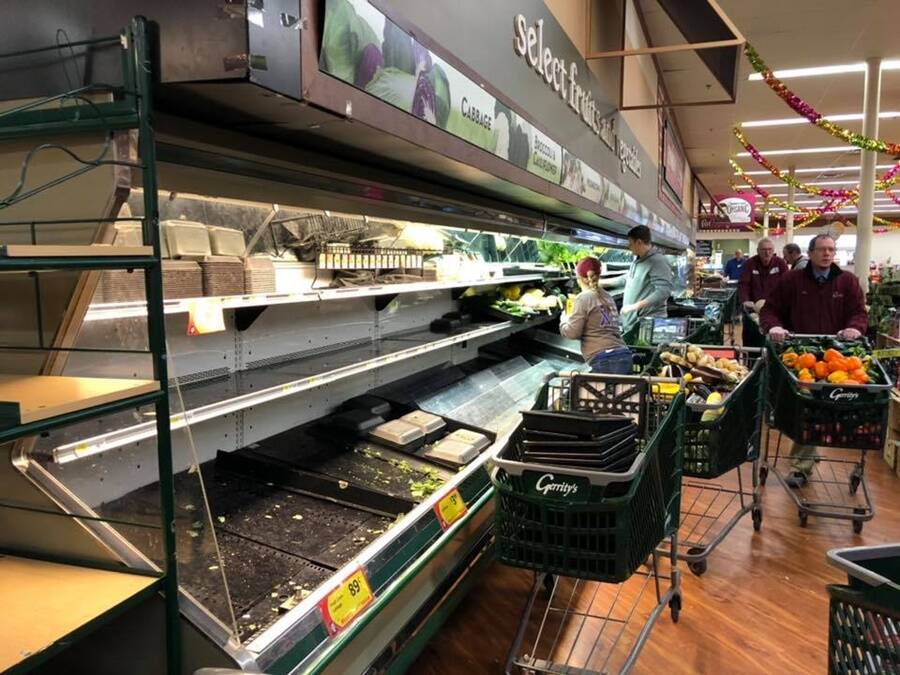 A supermarket in Pennsylvania was forced to throw out thousands of dollars worth of fresh produce after a local woman deliberately coughed on the store’s items.

According to The Philadelphia Inquirer, the woman — who apparently is a familiar character to local police — deliberately coughed on food in the store, including fresh produce, meats, and baked goods. The woman’s deranged behavior forced the store to throw out an estimated $35,000 worth of groceries.

Joe Fasula, co-owner of Gerrity’s Supermarket in the Hanover Township, described the situation as a “very twisted prank” in a statement posted on the store’s official Facebook.

“I am also absolutely sick to my stomach about the loss of food,” Fasula said. “While it is always a shame when food is wasted, in these times when so many people are worried about the security of our food supply, it is even more disturbing.”

The loss of so much produce takes on an even more troubling nature given the panic over a possible shortage of products already induced by the COVID-19 outbreak across the U.S.

Today was a very challenging day. At 2:20 PM today, I got a call from our Hanover Township store. The manager informed…

Fasula said he doesn’t think the woman was sick, but he is adamant that the District Attorney’s Office will make sure that the woman still gets tested for COVID-19 as a necessary precaution.

Despite the “very challenging day” that the alleged “prank” brought onto the supermarket and its staff, Fasula tried to focus on the upside of the situation.

“The only silver lining to this travesty is that it gave us the unfortunate opportunity to test our protocols and demonstrate how seriously we take your safety,” Fasula said. “At one point, we had over 15 employees involved in the disposal and clean up.”

The supermarket declined to provide the woman’s name, perhaps wanting to prevent any retaliation from the community for her reckless stunt. But Hanover Township Police Department confirmed that they are currently investigating the case of the grocery store contamination incident.

The suspect has already been taken into custody and brought to a local hospital for a mental health evaluation. Criminal charges are expected to be filed against the suspect.

After the incident, employees of the supermarket who arrived early to restock the store were welcomed by a heartwarming surprise. Colorful heart-shaped messages were taped to the store’s door by customers who were grateful for the supermarket’s safety measures following the stunt.

“Thank you, grocery workers! We appreciate you,” one of the messages read.

The woman’s disturbing supermarket stunt is the second coughing prank case that has emerged since COVID-19 arrived in the United States. In New Jersey, a man named George Falcone, 50, was charged after allegedly coughing on a supermarket worker at Wegmans. He then told her he had coronavirus. 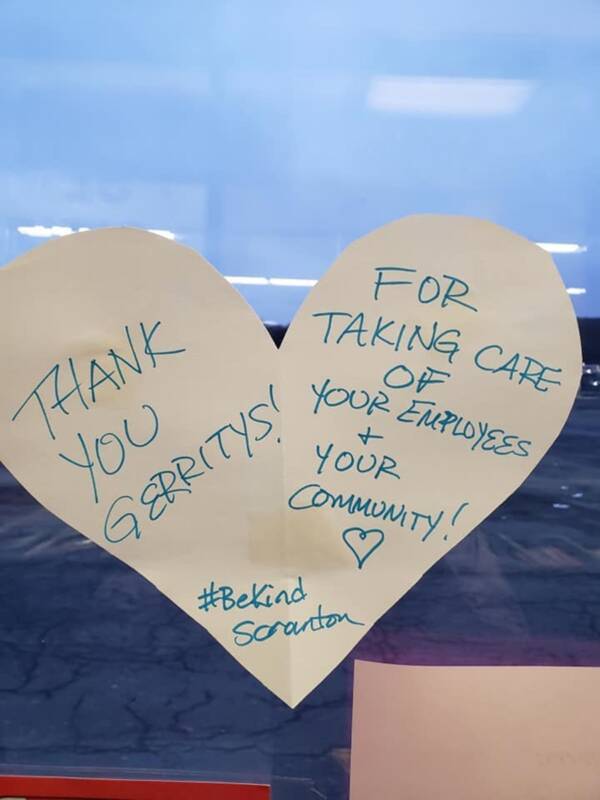 Gerrity’s Supermarket/FacebookLocals expressed their gratitude for the safety measures the store took following the coughing stunt.

Falcone was charged with terrorist threats in the third degree and harassment following the coughing incident.

“These are extremely difficult times in which all of us are called upon to be considerate of each other— not to engage in intimidation and spread fear, as alleged in this case,” said New Jersey Attorney General Gurbir S. Grewal during the announcement of Falcone’s charges.

The attorney general’s sentiments were echoed by Monmouth County Prosecutor Christopher J. Gramiccioni who said that “Exploiting people’s fears and creating panic during a pandemic emergency is reprehensible.”

Since the country’s first case of coronavirus infection was identified in Washington in January 2020, the pandemic has rapidly spread across the U.S. Now, the death toll has reached over 1,000 victims, a grim milestone reached just two months after the first positive case was detected.

Although some cities and states have enacted mandatory shelter-in-place and stay-at-home orders, it might not be enough to prevent reckless behavior, as shown by people like the supermarket coughing pranksters.

Next, read how a man “pranked” his girlfriend by selling her on Ebay and read about the YouTubers who lost custody of their kids following abusive “pranks”.