Gertrud Steinl was honored in Israel and Germany for saving the life of a young Jewish woman during World War II. 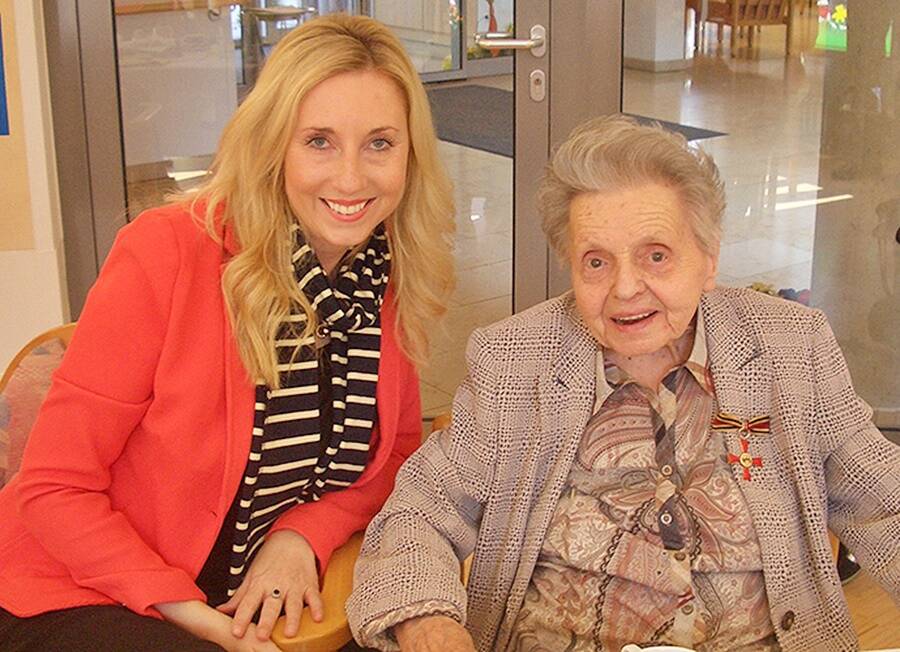 Bavarian State Ministry of Education and Culture
Gertrud Steinl (right) was the last of the Germans honored for rescuing Jews during World War II.

The mass suffering during the Holocaust burnt a black mark on history. But among the terror and violence there was also some good. Despite the risks, some Germans helped their Jewish counterparts find refuge from the Nazi regime and were later honored for their courage.

On March 22, the last surviving German honored for saving Jews during the Holocaust died. Her name was Gertrud Steinl.

As the Associated Press reports, Steinl was a Sudeten German who was honored for her role in saving a young Jewish woman’s life during the Holocaust.

According to the website of the Yad Vashem, the Holocaust Memorial in Jerusalem, Steinl worked as an overseer in the Polish town of Stryj during World War II.

When a worker confided in her that she was Jewish, Steinl did what she thought was best to save the woman’s life. Steinl sent the worker — a woman named Sarah Shlomi (née Froehlich) — away to her parents’ home where Shlomi was able to hide away from the Nazi soldiers.

The act, though seemingly simple in its nature, likely enabled Shlomi to avoid being deported to the Nazi concentration camps where millions of Jewish prisoners perished.

Gertrud Steinl, who was recognised by Yad Vashem in 1979 as a Righteous Among the Nations, died a day before her 98th birthday. https://t.co/BB6LojpSY5

Steinl was one of hundreds of Germans recognized as Righteous Among the Nations, the highest honor awarded in Israel to non-Jews who risked their lives to save Jewish people during the Holocaust.

According to the World Holocaust Remembrance Center, more than 27,000 people have been given the honor of Righteous Among the Nations. Steinl, who received her honor in 1979, was one of only 627 Germans to ever receive the special tribute.

Sadly by 2020, Steinl was the last among the Germans awarded Righteous Among the Nations who was still alive.

Steinl was also honored by the German government for her courageous act. In 2019, Steinl was awarded the Cross of Merit on the ribbon of the Order of Merit of the Federal Republic of Germany — the country’s highest tribute awarded to any individual for “outstanding services.”

According to Andre Freud, the head of Nuremberg’s Jewish community, Steinl died on the eve of her 98th birthday in Nuremberg. An outpouring of condolences and gratitude came from the local Jewish communities in Germany following the announcement of her funeral.

“Whosoever saves a single life, saves an entire universe,” the local Jewish community wrote of Steinl, choosing a phrase taken from the Jewish Talmud in their tribute to her. Meanwhile, the city described Steinl as courageous. 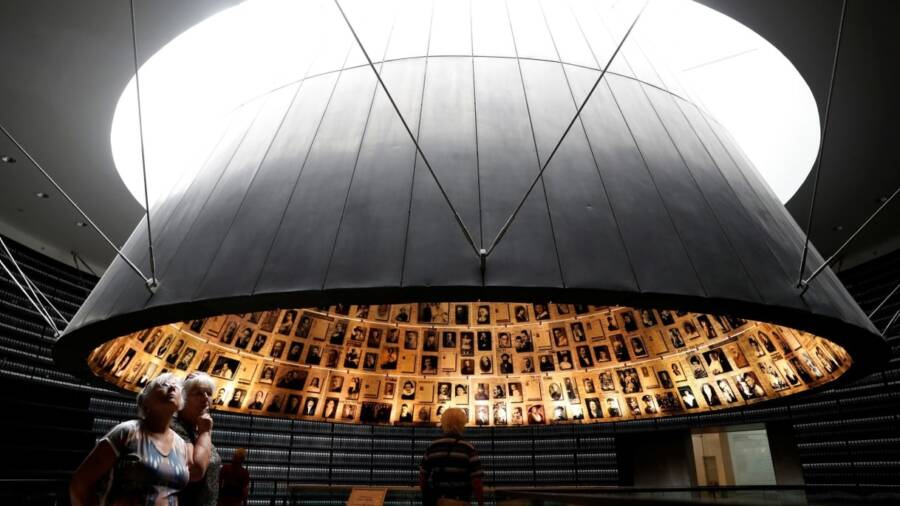 Ronen Zvulun/ReutersVisitors at the Hall of Names in the Holocaust History Museum at the Yad Vashem, Jerusalem.

“With her selfless commitment, Gertrud Steinl is a role model for all of us,” the city wrote in her memorial.

The stories of Germans who defied Nazi rule to help Jewish people have been given little attention in the wider public, mainly due to concerns of historical whitewashing.

But their heroism is an important part of the Holocaust’s atrocious history that is worth remembering. Rabbi Harold Schulweis initiated a project to document the stories of these “rescuers” in the late 1980s.

Together they traveled to Canada and Europe and conducted more than 100 interviews with the Nazi resistors who risked their own lives to save Jewish people during the war. It took two years to complete the project, which appeared in a book titled Rescuers: Portraits of Moral Courage in the Holocaust.

“Each rescuer was so different; was their own person,” Block recounted of the ambitious endeavor.

Portraits and interviews they gleaned for the project have been shared in exhibitions all over the world for the last decade, including one at New York’s MoMa in 1992.

“By the time we met them so many years later, they didn’t always have such an easy life,” Block said of her interview subjects. “It was the biggest privilege of my life to be able to meet these people.”

Next, meet Francesco Lotoro, the Jewish composer preserving the music of Holocaust victims, and take a look at these Holocaust photographs that reveal the heartbreaking tragedy only hinted at in history books.