Most people know the name Joe Exotic by now. As the former owner of a notorious animal park for big cats, Exotic employed homeless people and drug addicts and paid them next to nothing for what Netflix’s Tiger King: Murder, Mayhem and Madness portrays as dangerous work.

Perhaps most infamously, Exotic once offered a man $5,000 upfront for murdering industry peer Carole Baskin — a big cat sanctuary owner who tried to eradicate Exotic’s business. He was later sentenced to 22 years in prison for his failed murder-for-hire plot as well as wildlife violations.

But Exotic’s friend Mario Tabraue, who makes an unforgettable appearance in the Tiger King documentary series, has an even crazier story involving the big cat community.

Although Exotic was involved with anything from guns and explosives to flamboyant costumes and embarrassing music videos, Tabraue built a multi-million dollar cocaine empire in Miami. And Tabraue later admitted, “I sold drugs to maintain my animal habit.” 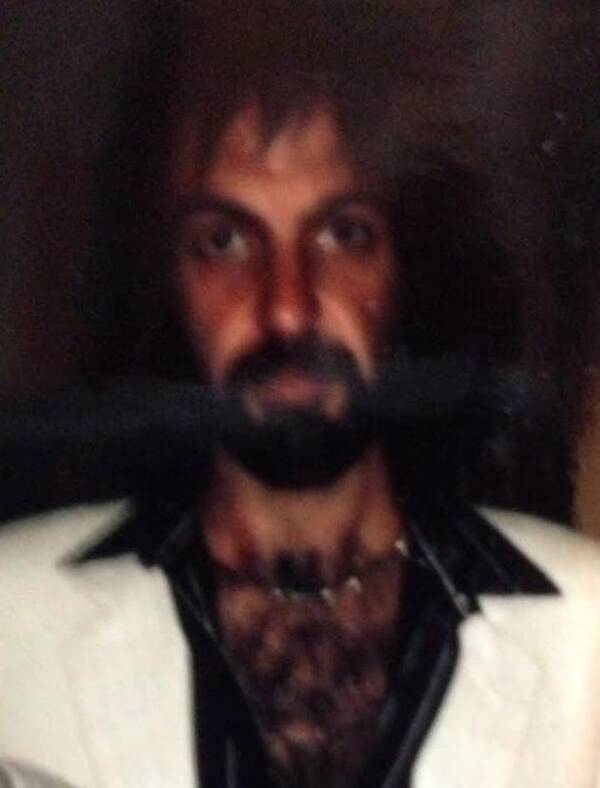 TwitterTabraue bribed police to run his drug empire while he imported exotic animals.

It’s not only believed that Tabraue was the inspiration for the movie Scarface, but also that he helped with the dismemberment of a federal informant. What’s even stranger, of course, is that Tabraue is a free man — and runs an animal sanctuary eerily like Exotic’s, right now, in Miami, Florida.

The ex-drug lord’s real life trajectory couldn’t seem more fictional if you hired a movie director to make it so.

From helping to dismember and burn the corpse of a federal drug informant to modern-day lobbying efforts on Capitol Hill to kill legislation that would crack down on exotic-animal parks, the story is nearly unbelievable.

While Tabraue has since founded the Zoological Wildlife Foundation (ZWF) in Miami, his former life of crime was anything but calm. 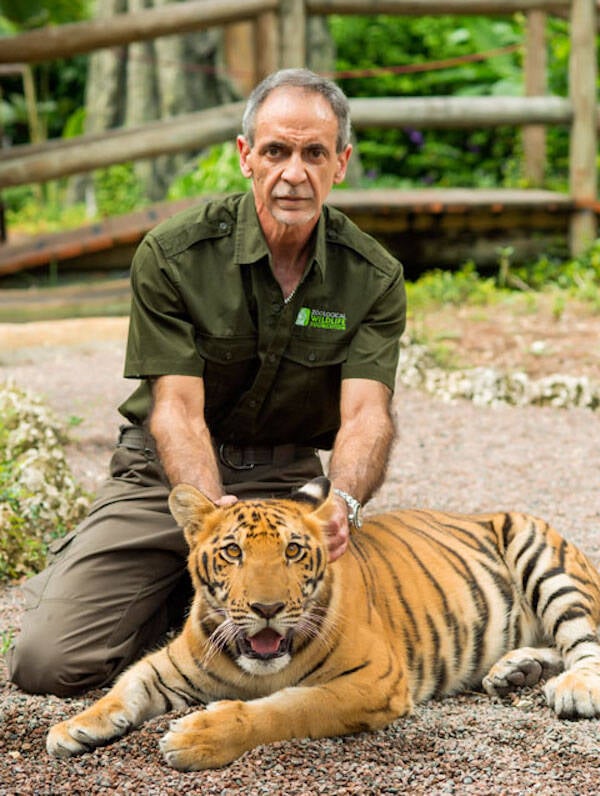 Zoological Wildlife FoundationTabraue was accused of ordering the murder of his first wife.

As the Miami Herald described, the notorious drug dealer led “one of South Florida’s most prolific and violent drug gangs” of the 1980s. For the macabre landscape that was Miami during the time, that’s one hell of a statement.

One Miami prosecutor explained that Tabraue was “chairman of the board of the $79 million drug operation.” But it took years to convict him.

It was 1981 when the feds made their first attempt with Operation Giraffe and found six tons of marijuana in Tabraue’s Coconut Grove mansion.

Though they seemingly caught him red-handed, the case was tossed out after Tabraue’s lawyers successfully argued that hundreds of hours of wiretaps were improperly obtained by investigators. 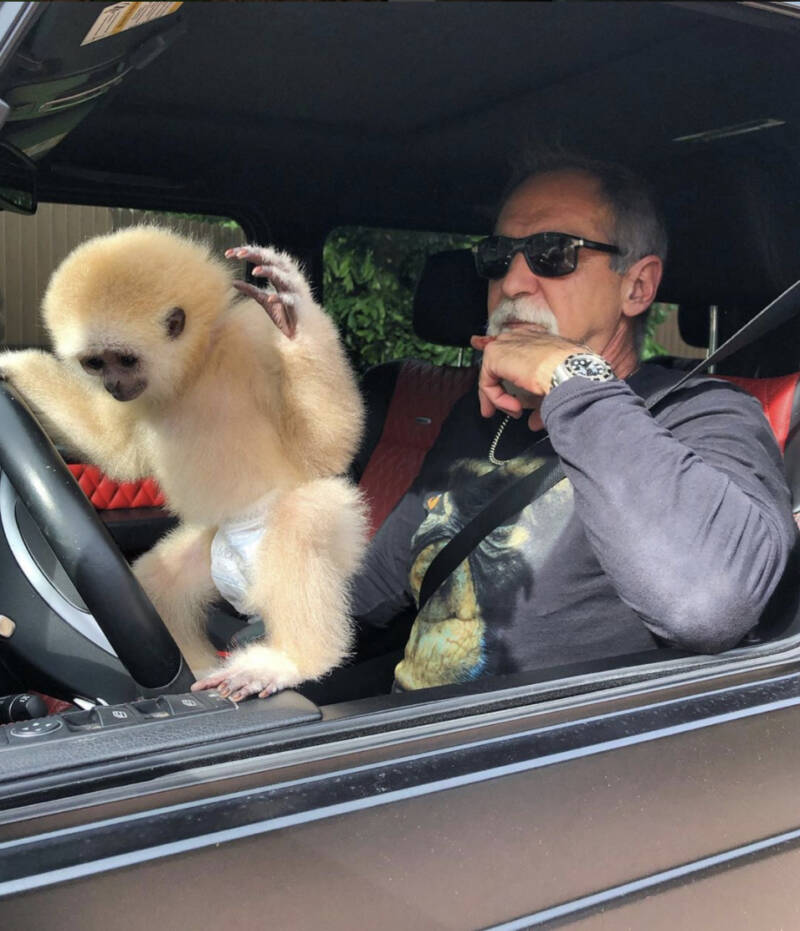 InstagramThough many former Miami cocaine dealers claim to have inspired Scarface, Tabraue is perhaps the most convincing model.

Thus, neighbors of Tabraue — who owned two cheetahs, five monkeys, six cobras, four rattlesnakes, a toucan, and more — would have to keep enduring his eccentric lifestyle and the guards patrolling his property.

In 1985, the U.S. Fish and Wildlife Service gave it another go. They confiscated two cheetahs that they not only “found to be in very poor physical condition,” but also apparently acquired illegally. Though he admitted to smuggling animals, Tabraue still remained a free man.

Two years later, however, he was taken down in Operation Cobra. Over the course of the trial, it was shown that he ran the city’s cocaine industry with an iron fist, allowed a federal informant to be mutilated and burned, and may have even allegedly called for the murder of his first wife. 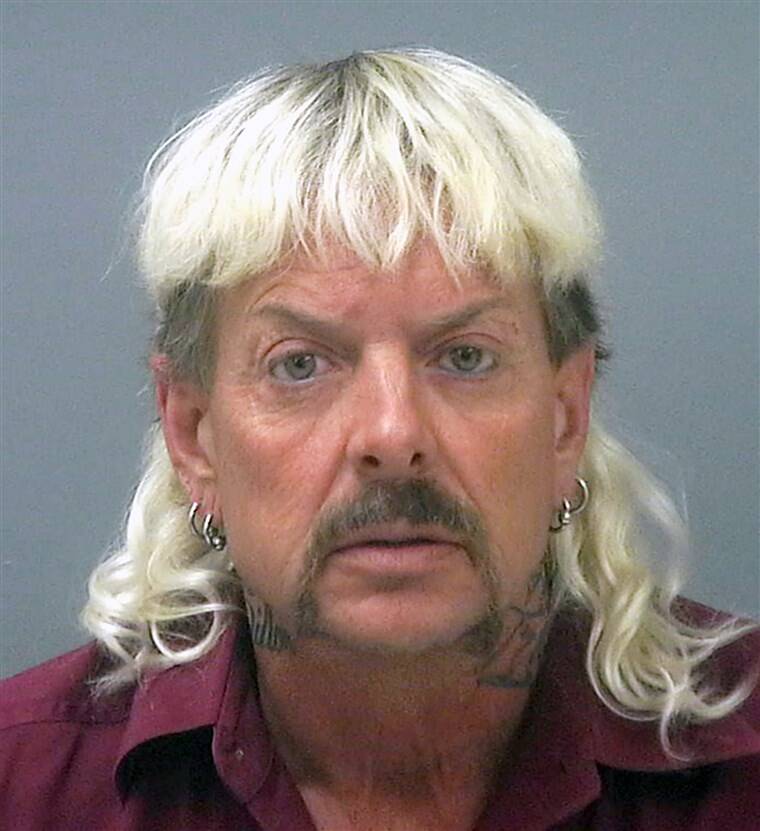 Public DomainWhile Joe Exotic is serving 22 years in prison for wildlife violations and murder-for-hire, Tabraue is a free man today.

Only a story as confounding as Tabraue’s would see him released from what was supposed to be a 100-year-sentence.

While the FBI arrested Tabraue and his crew as part of Operation Cobra in 1987, an associate of his threw a bag filled with $50,000 in cash out the window of his house. A federal agent caught it.

While Tabraue and his father Guillermo seemed to be partners in crime, the latter’s charges were reduced to tax evasion after a witness testified that he had been a CIA informant.

The 1987 arrests included Orlando Cicilia, the brother-in-law of Sen. Marco Rubio, who was sentenced to 25 years for his involvement. For Tabraue, it was the murder of informant Larry Nash that prosecutors seized upon the hardest. After all, Nash was murdered in Tabraue’s car and then brought to him. 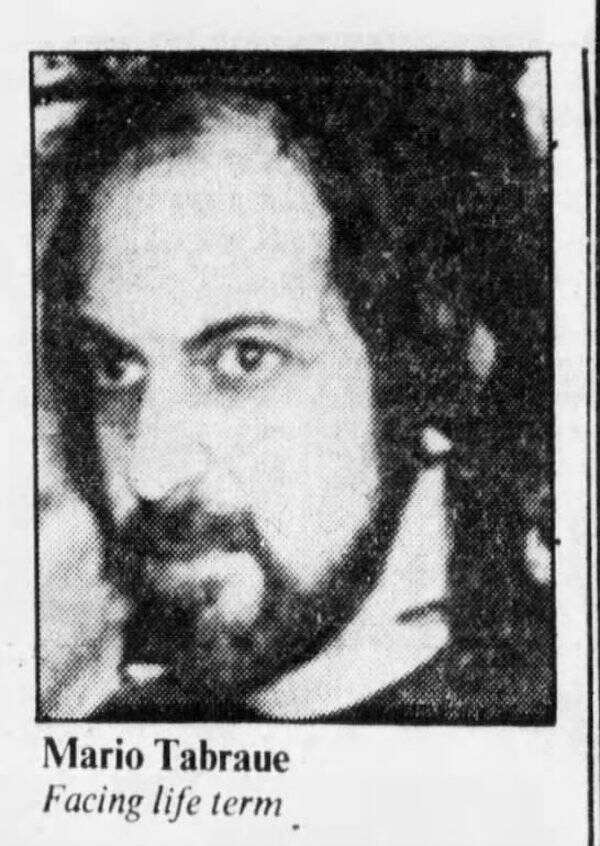 The TennesseanTabraue was sentenced to one century in prison — but served just 12 years.

After trying to hack him up with a machete, Tabraue and his men reportedly used a chainsaw. Then they set the remains on fire.

Tabraue’s trial also saw him charged with the 1981 murder of his first wife, who had apparently threatened to cooperate with the feds. He beat this particular charge, however, mostly thanks to his lawyer Richard Sharpstein.

“Tabraue winked and smiled at his second wife, Diusdy, when the jury found him not guilty of ordering the 10-shot execution of his first wife, Maria,” the Miami Herald reported. 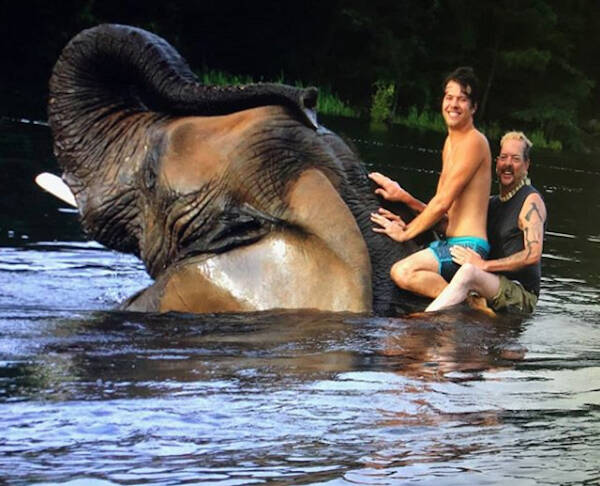 InstagramTabraue garnered renewed fame with the Tiger King documentary about Joe Exotic, pictured here riding an elephant with one of his husbands.

“He epitomized the most ruthless and violent of all the drug dealers during that time,” an agent involved in the operation said.

Ultimately, he was sentenced to 100 years in prison — but only served 12.

“I was crazy back then,” Tabraue later said. “I’m not proud of the crimes I committed. I’m not proud I had to cooperate with the authorities either, but there came a time when I had to come clean. I’ve learned a better way. It’s not like I only did six months. I did 12 years hard time in a place where stabbings are a normal thing.”

The cooperation Tabraue referenced came in 2000, when he decided to testify against high-profile peers of his. Though his trial judge was adamant that such an offer should never land on Tabraue’s table, that judge actually died before he could convince anyone. 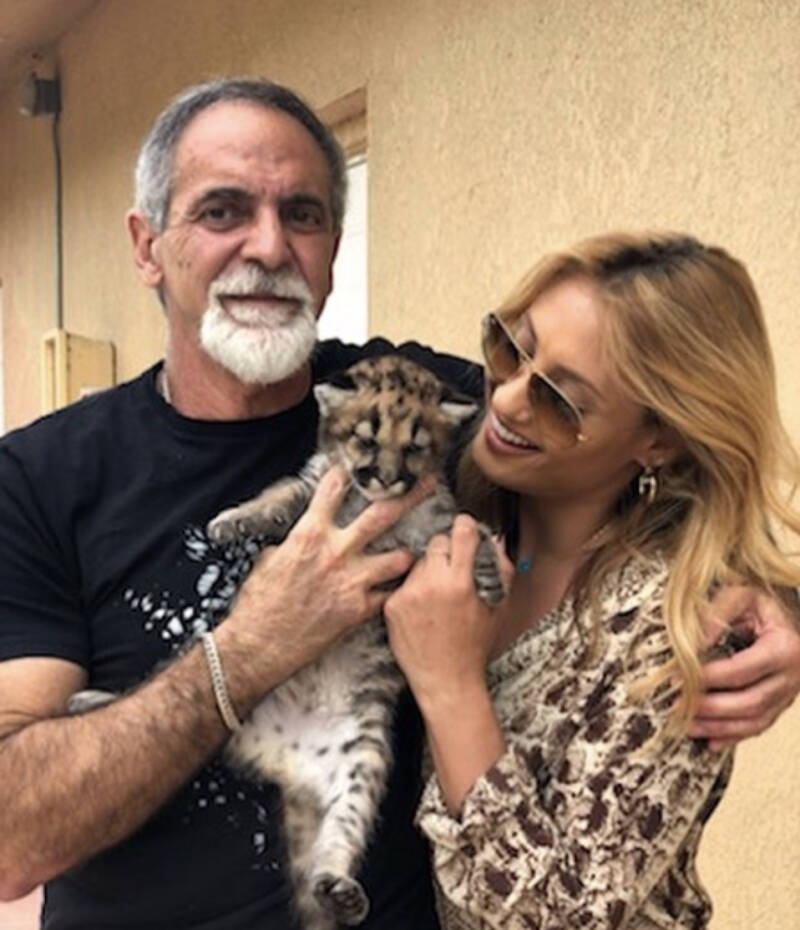 Newfound freedom saw Tabraue return to at least some aspects of his former lifestyle — most notably big cats — as he founded the ZWF and channeled his energy into legislative efforts to protect his business.

The USDA has since noted Tabraue “knowingly made false and fraudulent statements” to inspectors regarding his acquisition of two tigers, “knowingly provided” them with two “false and fraudulent” forms to back those claims up, with routine inspections of his business showing safety infractions.

The official trailer for the Netflix documentary Tiger King: Murder, Mayhem and Madness.

Nonetheless, Tabraue’s post-prison life remains mostly harmless. Still a loyal Miami resident, he and his current wife Maria serve as president and co-president, respectively, of the ZWF, which people seem to enjoy visiting.

Whether they realize a man was likely mutilated and incinerated by the owner remains unclear. Then again, with renewed Tiger King fame, it’s possible their awareness of Tabraue’s past is the primary, albeit macabre, motivation for stepping inside in the first place.

After reading about Mario Tabraue, learn the full story of “cocaine godmother” Griselda Blanco. Then, read about Miami’s aggressive peacocks being relocated after residents complain.