Miami’s Aggressive Peacocks To Be Relocated After Residents Complain

The infamous peacocks of Miami's Coconut Grove neighborhood are known to squawk into the night, scratch up the sides of residents' cars, and leave piles of poop everywhere. 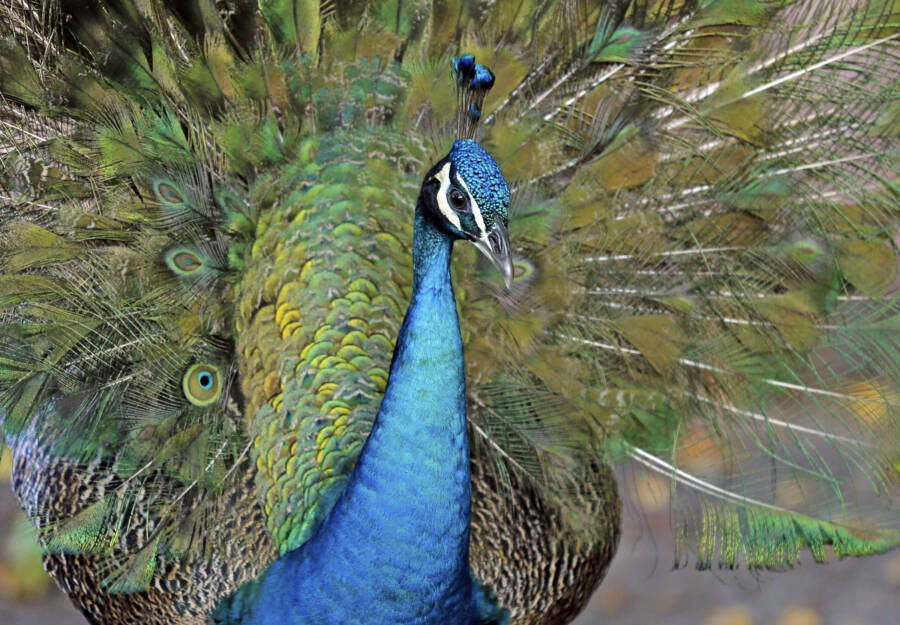 Miami’s Coconut Grove neighborhood is lush with both tropical foliage — and 60 to 80 peacocks that roam about freely. Some residents are so fed up, however, that city commissioners have now voted to relocate them.

Thursday’s vote validated complaints that the birds have taken over the neighborhood. According to some residents, the squawking and mating noises last long into the night and disturb the peace, with large piles of peacock poop and scratches on cars only furthering the frustration.

Resident Andrews Candela explained he was once grateful to live in the North Grove. The terrorizing birds, however, have since ruined the serenity he and his wife enjoyed.

“I don’t want to remain forgotten in a filthy, dirty peacock land as hostage to a group of birds,” he said. “I think that is more than unfair.”

Not everybody feels as assaulted by the neighborhood’s colorful avian residents. Many have enjoyed the colorfully plumed animals and their leisure strutting through Miami’s oldest neighborhood 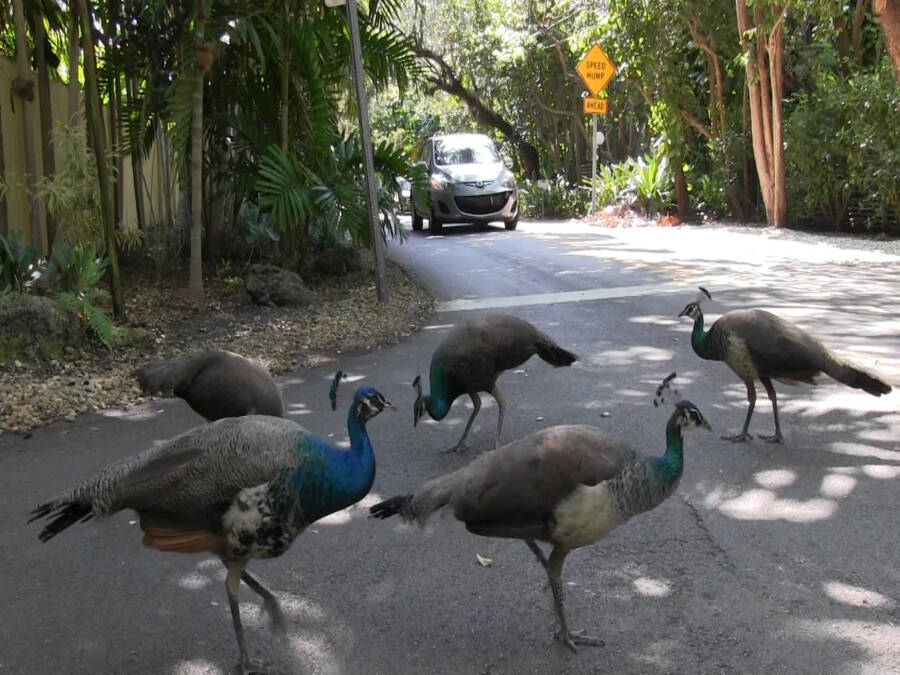 Al Diaz/Miami Herald/Tribune News Service/Getty ImagesThis scene from 2017 hasn’t changed much, if at all. Coconut Grove’s peacocks meander freely about the neighborhood, leaving some frustrated at their impact on traffic.

The city commissioners’ decision was unanimous, however. The city’s charter will now allow for the trapping and removal of “excess” peacocks. In terms of just how intense this population control will be, a specific number has yet to be announced.

Introduced by Commissioner Ken Russell in October 2019, this removal proposition was most directly inspired by the routine property damage caused by the birds.

It is believed that peacocks may see their reflection on the side of a parked car, mistake it for a rival, and then attacking the vehicle with their beaks.

“When it came to property damage that’s when I knew we had to take some kind of action here to regulate,” he said.

For others, the true dealbreaker is the aggressive late-night squawking. Some are tired of the birds traipsing through their gardens or eating their plants. President of the neighborhood association Nancy Benovaich said they’ve even begun spreading into other areas of the city.

“I got to the point where I recorded the squawking and the screaming and I put it on someone’s answering service,” she said. “And they said ‘my god, I cant believe this.’ And I said imagine it at 4 o’clock in the morning.”

Oddly enough, even those responsible for this removal plan have a deep appreciation of the neighborhood hazard. According to The Coconut Grove Grapevine, Russell himself believes the neighborhood peacocks are inextricable from the Grove’s identity.

“Other than the coconut itself, nothing in Coconut Grove is more emblematic of our neighborhood than the Peacock,” he wrote. “Its beauty and elegance are so fitting with our lush canopy.”

“I love it when the peacocks come around my home and am happy that we have them.”

Karen Hollihan has lived in the neighborhood for 15 years. For her, the peacocks are what it’s all about.

“One of the magical moments in Coconut Grove is to encounter peacocks crossing the narrow streets and crisscross the jungle-like scene of this neighborhood,” she said. “I wake up to the sound of their eerie voices. It’s waking up in a paradise that’s not easy to find in a world of concrete and street lamps.” 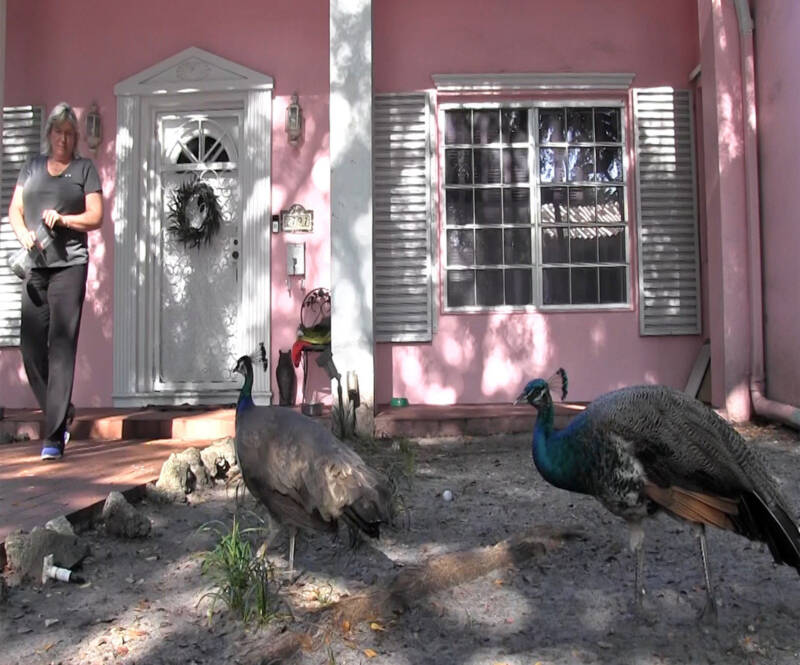 Al Diaz/Miami Herald/Tribune News Service/Getty ImagesGrove resident Cathy Moghari feeding the peacocks in her front yard on April 27, 2017. Many others like her believe the frustration of these birds “taking over” is overblown.

“I’ve had them land on my roof, stand on my backdoor patio, and yes, biting at some of my front door plants. Let them feed and let them be. I’m thankful to be able to live together with them in a way.”

“They leave their quarters every morning, walk many blocks away and return home before sunset. They are part of the Grove. It’s become an icon. So now some Grovites are bothered because of their poop? Or because some leaves of my flora decor are bitten off?”

As it stands, the unanimous vote won’t rob Coconut Grove of its emblematic peacocks entirely. The decision seems largely rooted in preventing any further property damage and shrinking the loud and belligerent population at the height of their mating season.

“Hundreds can be spotted within a few blocks, and they have been hit by cars,” wrote Russell. “The overpopulation has also caused the males to become aggressive as they are competitive for females.”

In Rancho Palos Verdes, the solution was quite effective: residents and birds got along more peacefully, quietly, and without as much wanton destruction. The excess peacocks were simply relocated to sanctuaries where they can squawk — and mate — to their colorful hearts content.

Next, read about the Florida otter that terrorized locals before being shot by police. Then, learn about San Francisco’s poop-infested streets getting power-washed.