When medics arrived at the scene to offer assistance, the woman coughed on them while screaming that she had the coronavirus. 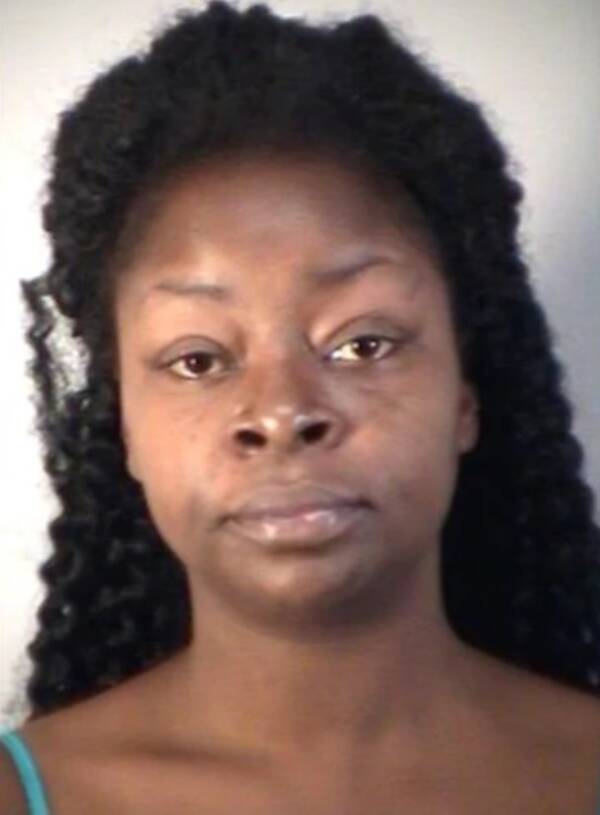 Lake County Sheriff’s OfficeLadonald Shakkie Holmes, who has a black belt in martial arts, was arrested after the incident.

Nothing is more dangerous than a woman scorned — except maybe an upset woman who knows karate.

A Florida woman caused multiple disturbances after she allegedly beat up her boyfriend using her martial arts skills. When first responders arrived to the scene, the woman deliberately coughed on them and claimed she was infected with the COVID-19 virus.

According to the New York Daily News, 38-year-old LaDonald Shakkie Holmes became agitated with her boyfriend after he refused to hook up with her because she had previously decided to get back together with her ex-husband.

Not taking no for an answer, Holmes, who has previous battery convictions, reportedly “roundhouse kicked” her boyfriend in the nose before punching him in the face. The boyfriend left the house and called 911.

“It should be noted the arrestee is a blackbelt in martial arts,” officers noted in their report of the altercation. By the time the police arrived at the scene of the disturbance in the Orlando suburb of Lady Lake, Holmes’ boyfriend had been reduced to a bloody mess.

During the encounter with police, Holmes had been lying in bed and refused to answer any questions directed at her. When the cops tried to drag her out to the police cruiser, Holmes suddenly went limp.

She knows karate — and corona.

This blackbelt Florida woman was arrested for breaking her boyfriend’s nose because he wouldn’t have sex with her.

“I have the coronavirus,” she spouted while deliberately coughing on first responders.https://t.co/PWugOrfxVj

Concerned that the woman might need medical attention, the police called for an ambulance. But when the EMT arrived at the location to provide Holmes with medical assistance, her demeanor quickly turned aggressive against the officers and the first responders.

Holmes’ behavior became so aggressive that the medics had to sedate her to prevent further altercation. But that didn’t slow her down. Instead, she coughed all over the medics.

“While place[sic] the arrestee on a stretcher the arrestee shouted ‘I have the coronavirus’ and coughed directly on Medic Gatnye’s face, which resulted in copious amounts of saliva landing on the paramedic’s face,” the police report stated.

As a result, Holmes was charged with two counts of felony battery. She was released on $7,000 bond and will be arraigned on April 13, 2020.

There has been no news yet regarding the possible health risk posed by Holmes’ stunt. Holmes was taken to a local hospital for evaluation, but it was not stated on the affidavit whether she was positive for coronavirus.

It’s unclear whether the medic who Holmes had coughed on received a health evaluation, either.

While the COVID-19 outbreak has forced much of the public to practice social-distancing and stay home as recommended by health officials to avoid infection of the virus, there has been a disturbing influx of people using the outbreak to threaten others.

Recently, a woman in Pennsylvania was arrested after she deliberately coughed on $35,000 worth of fresh produce at a local supermarket. The store was forced to throw out the items for fear of contamination. 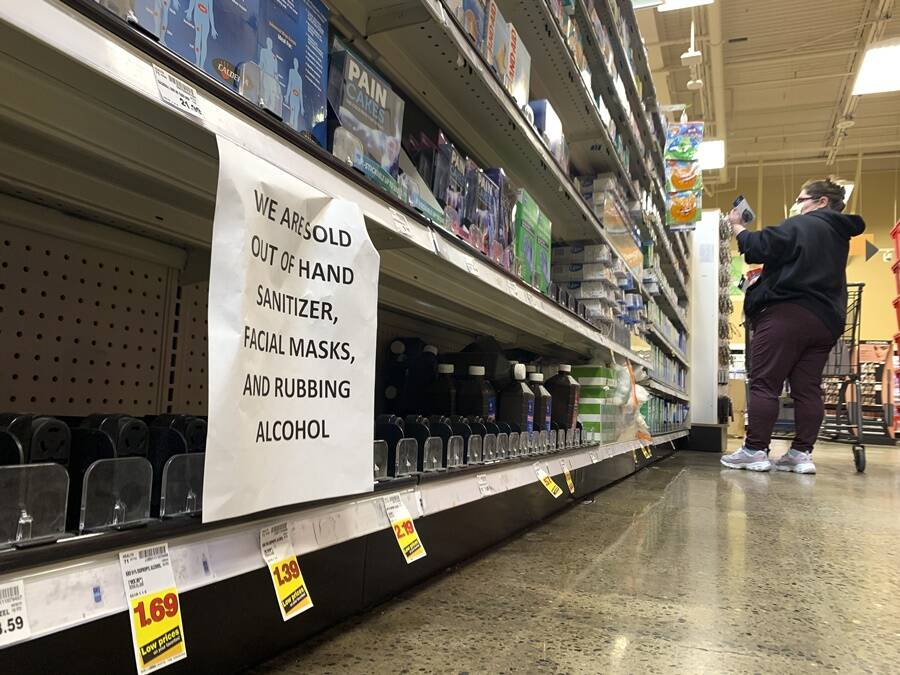 Jason Redmond/AFP via Getty ImagesIn addition to panic over shortages, there has also been an influx of coronavirus-related threats and pranks.

Apparently, these incidents are not unique to the United States. During an arrest following a traffic altercation that led to the hospitalization of one person involved in the accident, a man in Northern Ireland told police officers he had coronavirus, presumably to avoid arrest.

The suspect then proceeded to cough on the officers while sharing a vehicle on the way to the police station.

Charges of attempted grievous bodily harm with intent were added to the man’s original charges related to reckless driving offenses.

That isn’t to say this kind of behavior is new. In July 2019, a man was arrested after he posted a video of himself licking a carton of ice cream at the supermarket on Facebook.

The stunt was part of a gross viral challenge under the hashtag #icecreamchallenge in which pranksters filmed themselves licking ice cream from a tub and putting it back on the grocery story shelf.

Next, read about another Florida woman who was arrested after she walked into a Walmart and started making a bomb and how reports of a woman screaming for help turned out to be a talking parrot.