The True Story Of John Douglas, The FBI Agent Who Profiled History’s Most Notorious Serial Killers

From Ted Bundy to John Wayne Gacy, John E. Douglas has interviewed just about every serial killer in recent history. Here's how he learned what made them tick.

John Douglas is the pioneer of criminal profiling. The former FBI agent’s autobiographical book Mindhunter — now a critically acclaimed Netflix series — explains how he assisted in murder investigations by getting inside the heads of some of the world’s worst serial killers.

During his career with the FBI’s Behavioral Science Unit (BSU), Douglas interviewed the likes of Ted Bundy, Jeffrey Dahmer, and the BTK Killer, to name a few. He’s helped track down some of America’s worst predators while at the same time trying to understand what makes them tick. 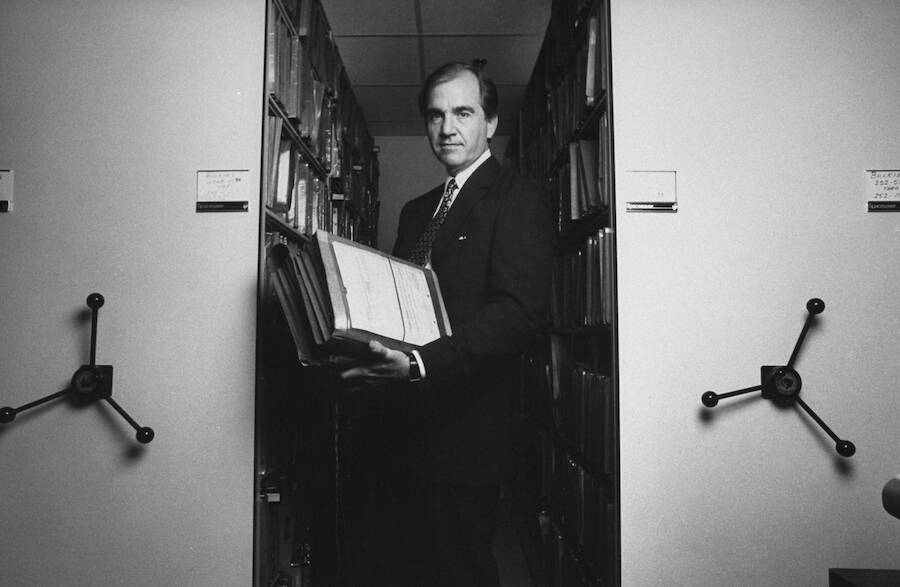 Getty ImagesJohn Douglas is a former FBI agent famous for profiling some of the most dangerous criminals.

However, some people still question whether his techniques actually “work.” Namely, can you really hunt a mind — especially the mind of a serial killer?

How John Douglas Found His Calling

After four years in the military, John Edward Douglas joined the FBI in 1970 when he was just 25 years old. During his early years as an agent, he specialized in hostage negotiation while helping to solve violent crimes.

In 1976, Douglas transferred to the BSU based in Quantico, Virginia at the FBI Academy. Here, he taught skills in criminal psychology to new agents. 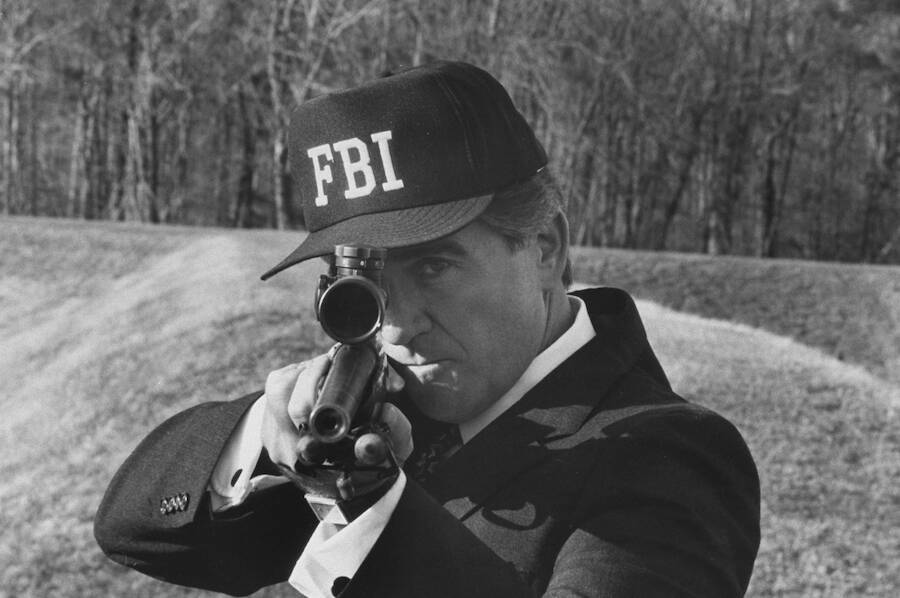 While at Quantico, Douglas felt there was something vital missing from his classes. He decided that the way to remedy this would be for him to experience face-to-face encounters with violent offenders themselves.

In an interview with Vulture in May 2019, Douglas explained how Holden Ford — the character based on him in Mindhunter — first began profiling criminals simply to increase his credibility in the classroom.

Douglas met Robert Ressler (portrayed as Bill Tench in Mindhunter), another FBI agent who had worked with the BSU since it was established in 1972. Ressler is credited with coining the term “serial killer” in the first place.

And like Douglas, he turned out to be a firm believer in the Netflix/Getty ImagesBill Tench in Mindhunter (L), played by Holt Mccallany, and Robert Ressler, Douglas’s partner in profiling (R).[/caption]

It was around this time that JOhn Douglas started the FBI’s Criminal Profiling Program. Both Douglas and Ressler were convinced of the potential of profiling to flourish and began traveling across the country interviewing those incarcerated for unspeakable crimes.

With the guidance of Dr. Ann Burgess (portrayed as Dr. Wendy Carr in Mindhunter), a protocol for the interviews was established. This protocol basically outlined the top questions to ask the killer in order to gain insight into his mindset.

The questions focused on the motive and preparation for the murders, along with details of the crimes and how the criminals disposed of evidence. By 1979, Douglas and Ressler had interviewed 36 convicted murderers, including Edmund Kemper, John Wayne Gacy, and Charles Manson.

Douglas later admitted that all this work took a toll on him.

“You’re dealing with the victims of violent crimes, which is emotionally gut-wrenching, and you’re talking to the people that perpetrate the crimes, who really could care less about the victims,” he told Vulture.

Douglas added, “And then, you’re conducting an interview with them as if there’s nothing wrong with the guy. You may even indicate that you have empathy toward him when you really don’t. But you have to do this acting.” 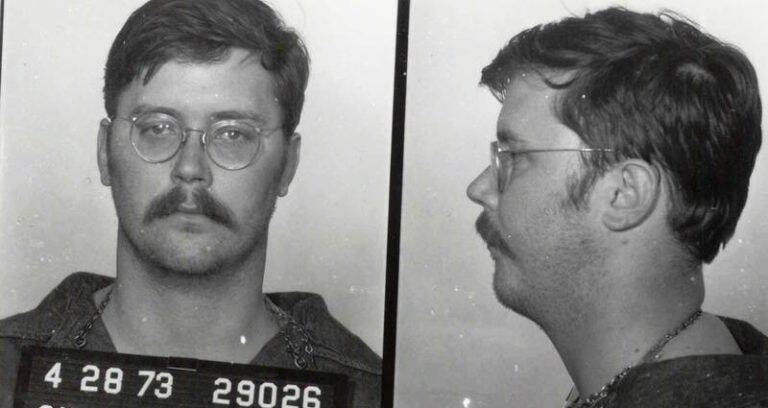 Wikimedia Commons Edmund Kemper was just one of the serial killers interviewed by Douglas.

In 1985, the FBI established the Violent Criminal Apprehension Program (ViCAP), which “maintains the largest investigative repository of major violent crime cases in the U.S.” The data produced from Douglas and Ressler’s interviews would later become central to the ViCAP database.

Putting Profiling To The Test

John Douglas’s work on the Atlanta Child Murders case arguably defined his career. From 1979 to 1981, young black males were being murdered at an alarming rate in Atlanta — and no one knew why.

When Douglas arrived in 1981, the city had reached a crisis point. Atlanta investigators were convinced that the killer was white and possibly a member of a white supremacy group like the KKK.

Douglas disputed this. He thought the perpetrator was black because the boys were disappearing from predominantly black communities, where a white man being seen with a black child would draw attention.

When the media reported that fiber evidence had been found on several victims, Douglas knew the perpetrator would likely begin dumping bodies in the water to get rid of the evidence.

Stakeouts of major rivers were promptly organized. And sure enough, on May 22, 1981, investigators heard a loud splash in the Chattahoochee River.

They pulled over an African American man, 23-year-old photographer Wayne Williams. And after investigators obtained a search warrant, they found that carpet fibers from Williams’s home and hair from his dog matched those found on some of the victims. 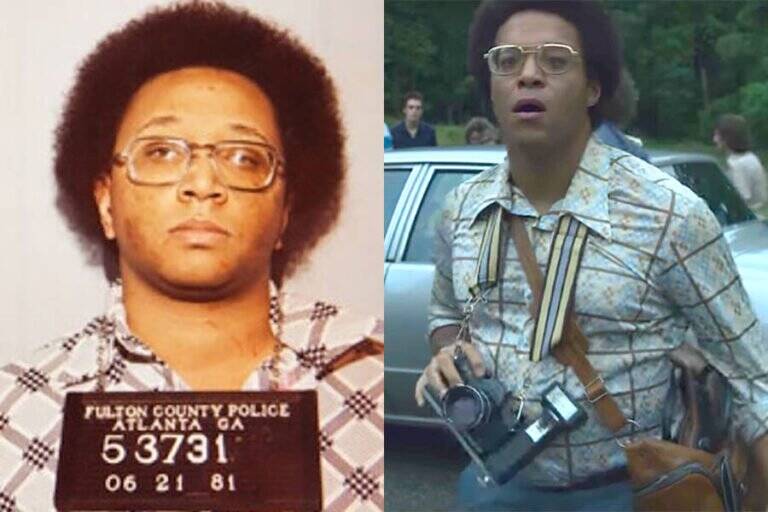 On June 21, 1981, Williams was arrested. Douglas advised prosecutors on cross-examination techniques: Keep Williams on the stand for as long as possible and question him on matters he was sensitive about, particularly what he perceived as failures in his life.

Sure enough, Williams cracked. He showed hostility, alienating the jury and convincing them he was capable of murder.

In 1982, John E. Douglas created a profile of the Green River Killer, later identified as Gary Ridgway. Between 1982 and 1988, Ridgway terrorized the Seattle area, murdering sex workers and teenage runaways.

Douglas’s 1982 profile matched Ridgway in many respects – he predicted the perpetrator would be familiar with the area, drive a modest vehicle, be of above-average intelligence, divorced, physically in good shape, white, and in his mid-20s to early 30s.

When Douglas revised the profile in 1984, he noted that the perpetrator was rare in that he killed people of many different races. (Apparently, most serial killers prefer to stick to one race with their victims.)

Ridgway would not be apprehended until November 2001. He later confessed to 71 murders but was only convicted of 49. 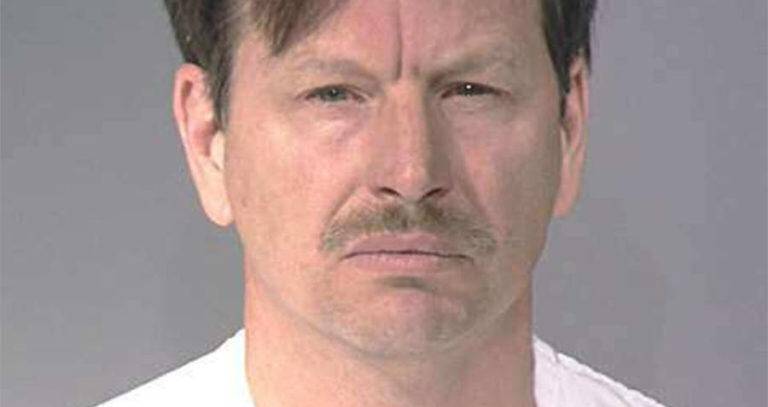 Wikimedia CommonsJohn Douglas’s 1984 profile of the Green River Killer was pretty accurate, but Gary Ridgway would not be caught until 2001.

By that time, Douglas had already retired from the FBI. But even though he officially left the organization in 1996, his profiling work was far from done.

More than a decade later in 2007, Douglas traveled to West Memphis, Arkansas to consult on the infamous West Memphis Three case.

By this time, Damien Echols, Jessie Misskelley Jr., and Jason Baldwin had been imprisoned since 1994 for the murders of three eight-year-old boys. Prosecutors argued that the three outcast teenagers murdered the children as part of a Satanic ritual.

Douglas firmly believed that Echols, Misskelley, and Baldwin — by this time in their 30s — were innocent. He suspected the victims were killed by a separate lone perpetrator who knew them. He also believed that these murders were not sexually motivated in any way.

According to Douglas, the real murderer felt utterly powerless in life, and when the boys disobeyed him (or her), he (or she) murdered them in a sudden rage. Douglas’s profile painted the killer as someone who was convinced that these murders were justified and could lie with confidence.

In 2011, the West Memphis Three were released from prison after entering Alford plea deals. However, the case remains unsolved.

Damien Echols, once suspected to be the leader of the West Memphis Three, speaks out on Katie after being freed.

Methods of profiling have not changed too much over the years. Profiling is, however, increasingly being used to identify perpetrators of terrorist acts and “modern” criminal activity, such as cybercrime. 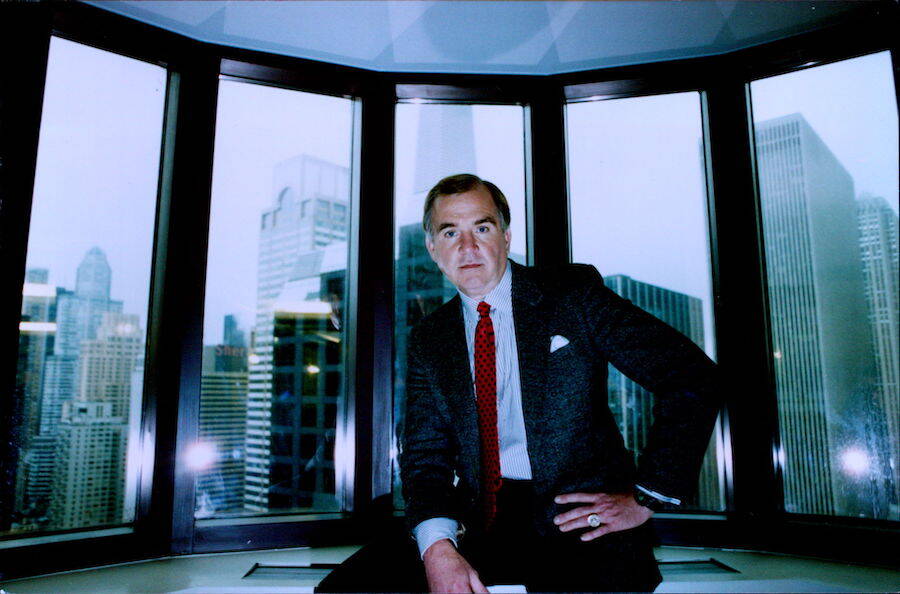 Getty ImagesA pioneer in his field, John E. Douglas was vital in establishing profiling as a tool for apprehending violent offenders.

Since retiring from the FBI in 1996, Douglas has remained a prominent figure in the field. He continues to speak at events and seminars, and has co-authored many books, including Mindhunter and The Killer Across The Table.

A CNN interview with John Douglas on the JonBenet Ramsey murder case.

Douglas’s tireless work over the years has become fodder for several pop culture depictions, especially with the rise in popularity of the true crime genre as well as crime fiction.

For instance, FBI profiler Jason Gideon on the CBS show Criminal Minds is confirmed to be based on Douglas, as is Holden Ford from Mindhunter.

While Douglas believes that he was also the inspiration for the character Jack Crawford, a protagonist in The Silence of the Lambs and Hannibal, this claim has been disputed. 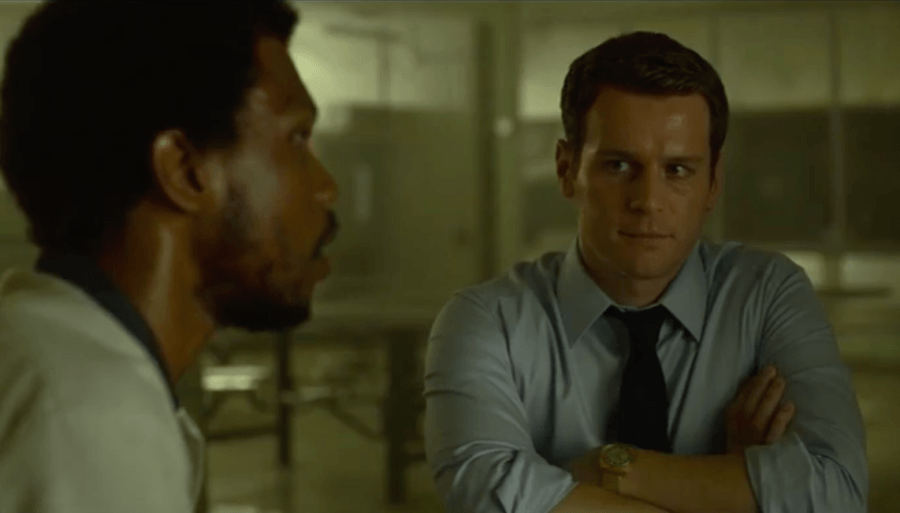 Higb Douglas has criticized some of these pop-culture depictions of his work. In an interview with Vulture, he called Criminal Minds “procedurally all wrong.” He also claimed that many movies and TV shows about serial killers make them “so diabolical and unreal.”

For example, Douglas insists that a killer like Hannibal just does not exist in reality. Although some of the serial killers he has encountered did have genius level IQs, he says they were not geniuses in the way that they carried out their crimes.

Perhaps that’s part of the reason why so many of them only had a matter of time before they got caught.

Skepticism lingers to this day regarding how useful profiling really is. When John Douglas first started out, he received criticism and doubt from colleagues and other law enforcement officers who saw profiling as “voodoo science.”

It is important to remember, however, that profiling is not meant to solve cases on its own. Used in combination with solid detective work and forensic science, profiling has consistently shown it can be a valuable tool.

As modern criminal profiler Deborah Schurman-Kauflin puts it: “Behavior does reflect personality; therefore, behavior at a crime scene (this includes a terror attack) can disclose information about the perpetrator. The more behavior evident, the better a profile can be. And the more one can profile an offender, the better the predication value.”

After this look at John Douglas, the original “Mindhunter,” take a look at the real stories behind the killers portrayed on the Netflix show. Then check out more of history’s worst serial killers — and how their stories ended.