The relics were found in Cave Tunel Wielki in Małopolska, Poland. Researchers say the discovery challenges what we know about early humans, since similar discoveries have suggested that they lived in the open air and not in caves. 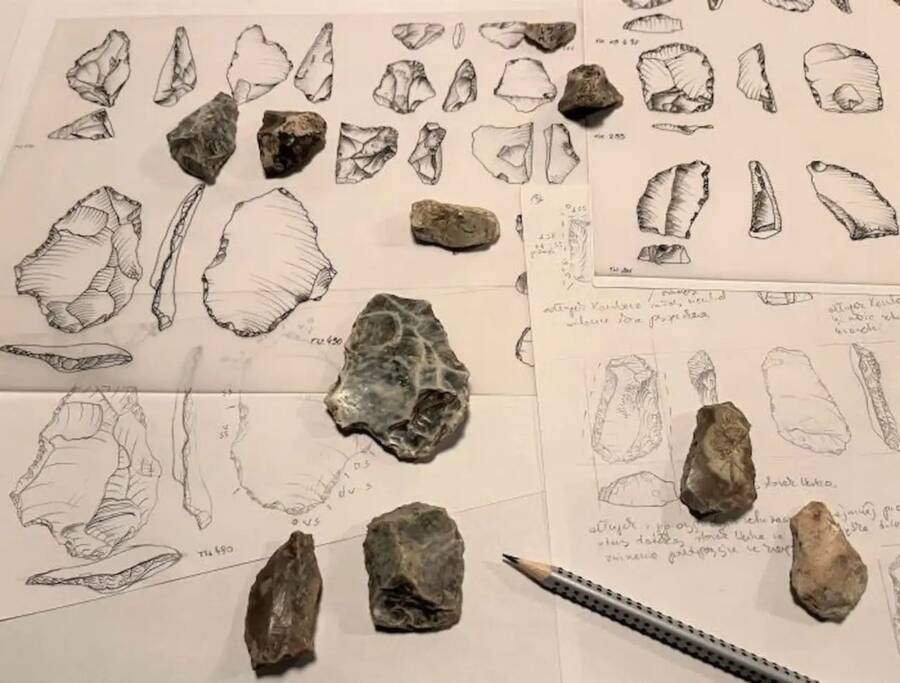 M. KotThe artifacts were much older than previously thought.

For millennia, the depths of the Cave Tunel Wielki in Małopolska, Poland contained a long-lost echo of our ancient human ancestors. Polish researchers have determined that a previously unexplored layer of the cave contains evidence of flint tools made by the extinct human species Homo heidelbergensis some 500,000 years ago.

“Until now, we knew only two places in present-day Poland, where equally old flint artifacts were discovered – in Trzebnica and Rusko in Lower Silesia,” University of Warsaw archaeologist Małgorzata Kot told Science in Poland. “There are no older traces of the presence of man in our lands.”

According to Science Alert, the cave was first explored in the 1960s. Though researchers have long believed that the artifacts they recovered dated to the Holocene era (around 11,700 years ago) and the Middle Paleolithic era (around 40,000 years), an archaeologist named Claudio Berto of the University of Warsaw hypothesized that what they’d found was actually much older. 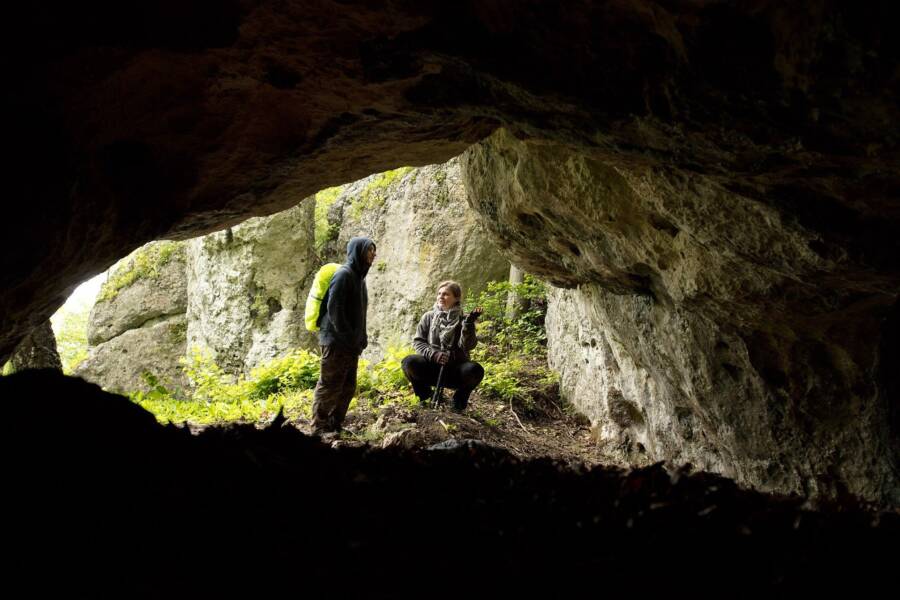 Miron Bogacki/University of WarsawThe entrance of the Cave Tunel Wielki in Poland.

“It all started with a remark of an expert working on the remains of small mammals, Dr. Claudio Berto,” Kot explained to Science in Poland. “He said that the species he analyzed were certainly older than 40,000 years and could be up to half a million years old.”

As Science Times reports, Kot and her team returned to the cave in 2018. They discovered that while the upper layers contained animal bones from the Holocene and Middle Paleolithic eras, the deeper layers contained much older animal bones. These included the European jaguar, Panthera gombaszoegensis; the Mosbach wolf, Canis mosbachensis; and Deninger’s bear, Ursus deningeri, all of whom lived around half a million years ago.

Significantly, the deeper layer also contained evidence of human toolmaking. Per Science in Poland, the researchers found approximately 40 flint artifacts, including both complete knives and leftover scrap pieces discarded during the toolmaking process. 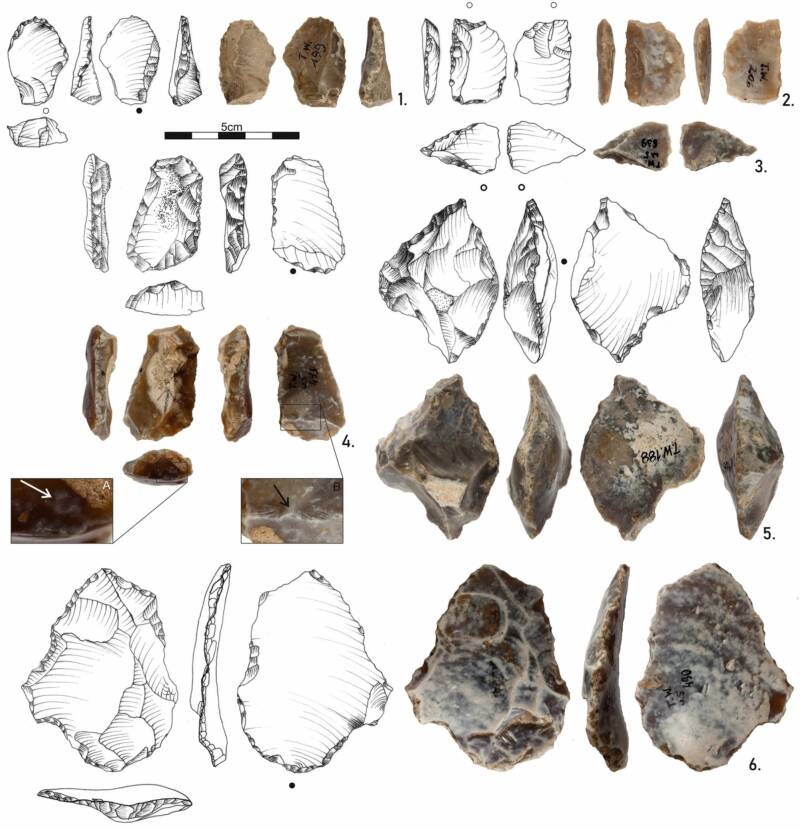 Małgorzata Kot/NatureA sample of the tools discovered in Cave Tunel Wielki. Researchers say these artifacts are half a million years old.

“Since these items come from the same layer as the bones, it means that their age is very similar,” Kot told Science in Poland. “This assumption was confirmed by excavations carried out in the cave in 2018. They confirmed the arrangement of layers described by researchers half a century ago. We also discovered more production waste and animal bones.”

The researchers believe that the tools were made by Homo heidelbergensis, an extinct human species related to Neanderthals and — many believe — to modern-day humans. But the discovery also challenges what researchers know about early humans, since similar discoveries have suggested that they lived in the open air, and not in caves.

“We were surprised that half a million years ago people in this area stayed in caves, because those were not the best places to camp,” Kot told Science in Poland. “Moisture and low temperature would discourage that. On the other hand, a cave is a natural shelter. It is a closed space that gives a sense of security. We found traces that may indicate that the people who stayed there used fire, which probably helped tame these dark and moist places.”

What’s more, Science Alert points out that the discovery suggests that early humans had adapted to survive in cold, harsh conditions.

“This is an extremely interesting aspect of analyses for us,” Kot told Science in Poland, noting that the ancient people were probably living as far north as was survivable. “We can examine the limits of the possibilities of survival of Homo heidelbergensis, and thus observe how he adapted to these adverse conditions.”

For now, archaeologists plan to keep exploring the cave for further evidence of human habitation. They’re hopeful that they can find bones from Homo heidelbergensis, thus proving that the extinct humans lived there. So far, attempts to test bones found in the cave for DNA have failed.

But perhaps the Cave Tunel Wielki will offer up more information about our ancient past in the future.

After reading about the 500,000-year-old flint tools found in a Polish cave, read up on ancient artifacts that provide clues into the lives of our ancestors. Or peruse these reconstructed faces of ancient humans, from the Neanderthals to Jesus.