William Hale and Frank Allison were each charged with second-degree attempted murder after firing shots during a road rage incident on Highway 1 near Jacksonville, Florida. 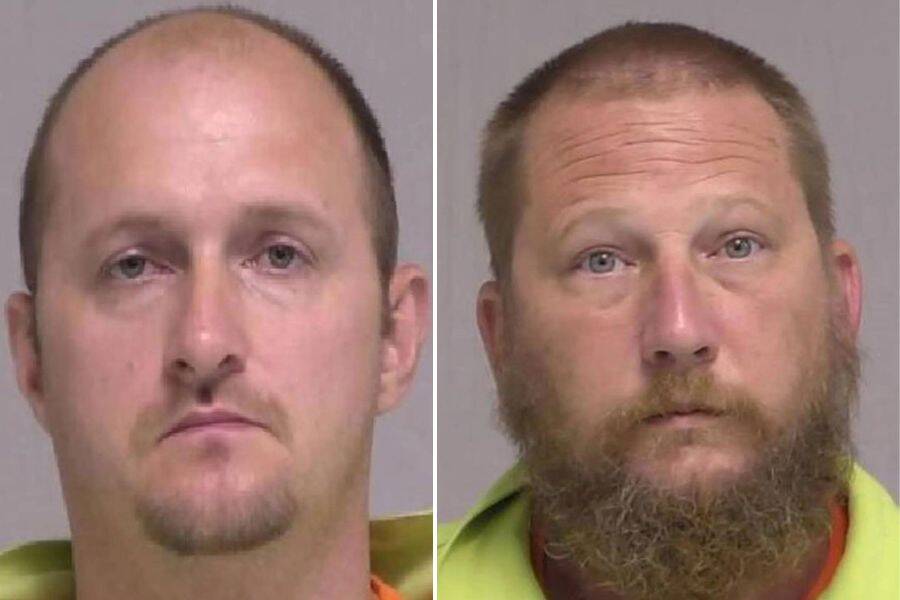 Two men in Florida have been charged with attempted murder after they each opened fire during a road rage incident on Oct. 8, 2022, shooting each other’s daughters in the process.

According to the New York Post, William Hale, 35, and Frank Allison, 43, were driving along Highway 1 near Jacksonville when they got into a “cat and mouse” game behind the wheel. Apparently, the two men became so enraged that they started firing at one another with handguns while driving with their young daughters in the car.

“What’s scarier than one crazy driver with a gun? Two crazy drivers with a gun,” said Nassau County Sheriff Bill Leeper. “Thankfully, no one was killed in this incident, but it could have very easily turned out that way because two people were acting stupid and let their tempers get the best of them.”

The sheriff’s office reportedly “received multiple 911 calls with reports of people being shot at” regarding Hale, a resident of Douglas, Georgia, and Allison of Callahan, Florida. The two men were “speeding” and “driving erratically,” brake-checking each other by “getting in front of each other and applying the brakes,” Leeper said.

Hale was driving a black Dodge Ram pickup truck and at one point pulled up alongside Allison’s gray Nissan Murano and started shouting. Then, Allison’s wife Jessica made an obscene gesture at Hale, and someone from Hale’s truck threw a water bottle at Allison’s vehicle in response.

Allison “then grabbed his Sig Sauer .45-caliber semi-automatic handgun and fired one shot at the Dodge truck before driving away at an average speed,” Leeper said. Allison reportedly said he fired his gun “to get out of the situation.”

The bullet traveled through the back door of Hale’s truck and struck his five-year-old daughter in the leg. Hale later said that he didn’t realize his child had been shot until he heard screaming from the back seat.

In retaliation, Hale “began firing several shots from his Glock 43 9mm semi-automatic handgun out of the driver window,” Leeper said.

Hale admittedly “shot everything that was in the magazine — seven or eight rounds,” at least one of which traveled through the rear of the Nissan and struck Allison’s 14-year-old daughter in the back.

As People reported, the two men continued their wild chase until they saw a sheriff’s vehicle along the side of the road, at which point they pulled over, got out of their cars, and started beating each other until a deputy was able to separate them. 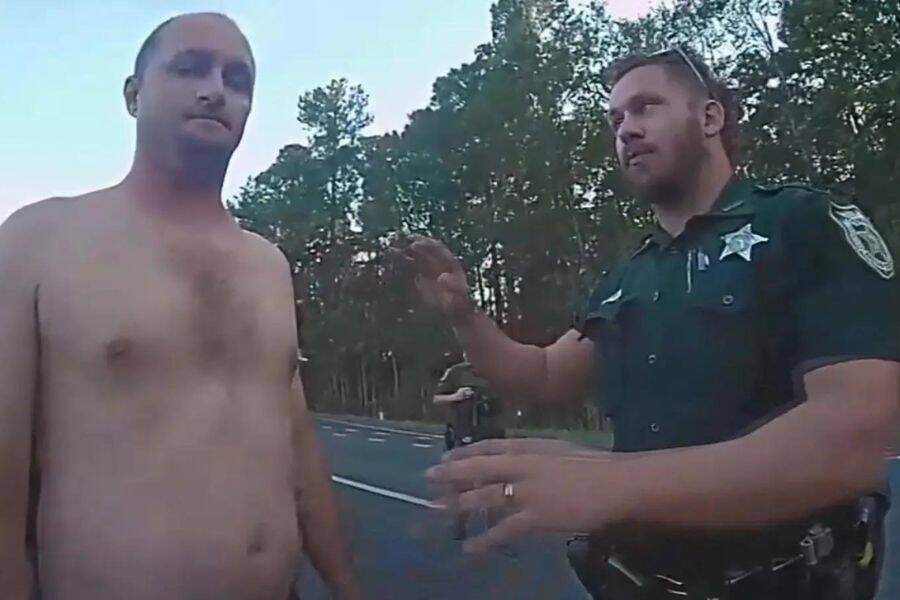 Body camera footage, most of which is blurred and bleeped out, shows Allison crouching next to his daughter as she cries, “Ow! It hurts!” before tearfully asking an officer, “Do I have to ride in an ambulance?”

Both men were arrested and charged with second-degree attempted murder, and they were released later on a $150,000 bond. Both children, meanwhile, were rushed to the hospital. They are expected to survive their injuries.

Leeper said of the incident, “Sometimes we see people acting stupid and doing dumb things out on the highway. They sometimes let their emotions get the best of them, and they don’t really think about the consequences of their actions or what can happen as a result of their stupidity.”

“There could have been two dead kids because of two stupid grown men,” said the sheriff.

After reading about this act of road rage, discover the frustrating story of a cop who lost his job for not firing his gun at a man. Then, learn about the group of dads who tackled a peeping Tom at a Cracker Barrel.